From humble beginnings, grower-turned-green grocer Jack Lum has spent half a century cultivating a thriving business through hard work and quality produce.

Jack Lum turns 77 this year and his business - Jack Lum Fruit and Vegetables in Remuera, Auckland - turns 50. Yet his work ethic, just like his passion for produce, hasn’t waned, even as other small businesses close up shop as they come under pressure from the corporate big boys. 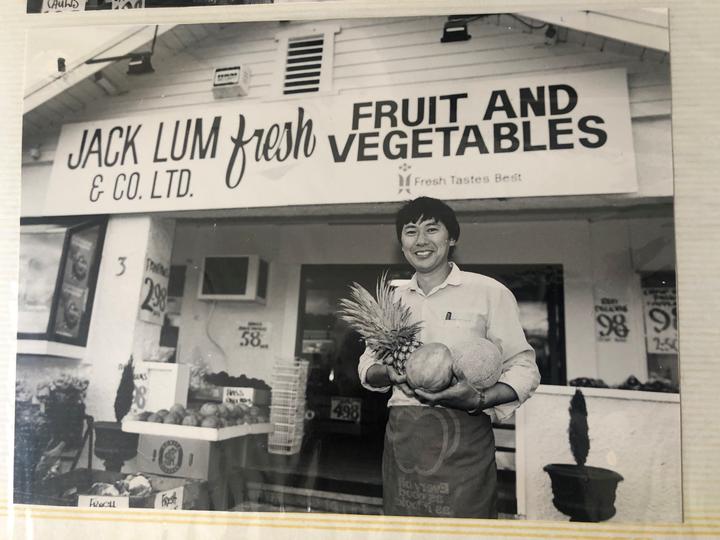 Jack and his wife Carrie opened their Remuera business in May 1970 and their current shop - in a converted bank - in 1988. But just across the road is a New World and Jack says supermarkets are killing off businesses like his. He remembers when there were four green grocer shops in the Remuera village; today, his is the last one standing and one of only a handful left in Auckland.

“It’s all sort of hairdressers, beauty stores and banks and real estate agents. Because the fish shop’s gone and the butcher’s gone,” Carrie says.

“I think I’m one of the two or three really genuine ones left, because when the supermarket opens they’ve got to get their business somewhere, so it’s mainly smaller shops,” Jack adds.

“If it wasn’t for the Asian supermarkets I reckon the supermarket’s pricing would be a lot dearer. The Asian markets are keeping them honest, because you know around the country there’s no small fruit shops left. They’ve killed off the whole lot, and they’d love to kill us as well".

“They’re from, in those days it was called Canton but it’s got so many different villages.  Ours was called Zhongshan which is just across the border from Macau,” says Jack.

“We were growers, that’s all they seem to know when they come over from China”.

During the Japanese invasion of China, which began in 1937, around 200 Chinese wives and their children took refuge in New Zealand.

Jack’s mother Lee Way Hing came here by boat as part of the War Refugee Scheme in 1939, escaping the political upheaval just before the Communist Revolution. Jack was her second son of four boys who were all born in Auckland. 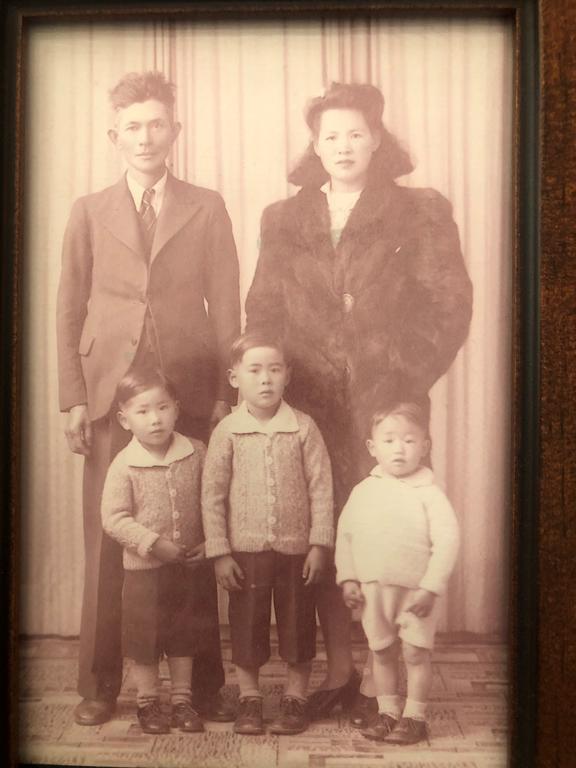 “There wasn’t much recreation there. It was all work, work, work. We only had a small acreage, so we grew some of the smaller product, not big crops like cabbages and caullies. We haven’t got the acreage for that, beetroots, spring onions and beans, tomatoes,” he says.

Jack’s parents were market gardeners for brokers Turners and Growers.

Rather than stick to traditional produce, Young Hoy and his wife showed their flair for business and innovation.

“I really wanted to be a mechanic or woodworking. I quite liked making things," Jack says but when his father got ill with lung cancer "that chance was gone when I had to come and help in the garden".

“I ended up working for wholesaler, Provedore Fruit shop in the city and I was there for about ten years”.

After Jack’s father’s death, his mother was a trailblazer, running the Lum family’s market garden on her own, which was unusual for a woman at that time.

She gave up growing, selling her garden and made a profit, one she would live on until her passing in 1965, when she was just 47 years old.

“She was the best.  She grew everything and it comes out perfect, meticulous, everything is good. Everybody tastes her stuff when it goes to the market, even to this day there’s some people who still remembers that she grows the best,” Jack muses.

“Jack’s mother was very astute, very, very good.  She had a head on her like a bloke really, really sharp.  She died very young, she died at 47.  She had cancer of the bones and she didn’t know, she thought she hurt herself in the garden,” says Jack’s wife, Carrie Lum.

Jack was 19 when he met Carrie Sim… going from one strong female figure to another… and used his mother’s inheritance to open their first shop. 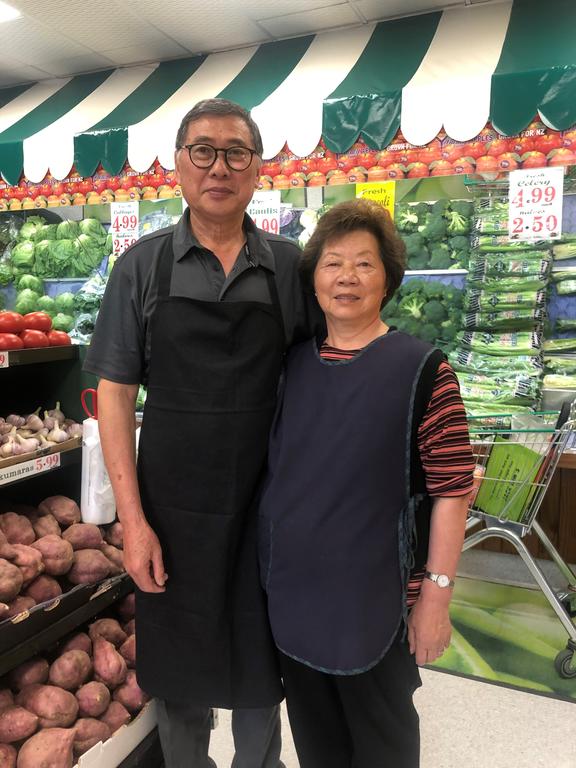 Jack and Carrie Lum in their fruit and vege shop after 50 years in business, Remuera, Auckland, January 2020 Photo: RNZ

Carrie’s now 76 years-old and moves seamlessly from charming the customers on the shop floor to balancing the books out the back.

Carrie was born at Saint Helen’s Maternity Hospital in Auckland’s Mt Albert in 1944.

Her mother Lee Yock left her three other children in China, paying an exorbitant poll tax of one hundred pounds to come to New Zealand and work with her husband. Carrie was her fourth child and the only one in her family who was born in New Zealand.

“The Presbyterian Church people took the Chinese in and they took her under their wing and they used to bring her Chinese food – rice and vegetables and saltfish, which was quite pongy you know,” Carrie recalls.

“I went to Auckland Girl’s Grammar, I boarded with the local Minister in upper Queen Street  I did go nursing when I was 17, but I left there about a year later  I wasn’t mature enough. Today I would’ve loved it, but I was a very young 17, probably like a 12-year-old now and I was a bit lonely. I was brought up the Chinese way, after work, after duty, I didn’t sort of have much to do. And of course it was frowned upon to go out with anything other than your own race, you were almost ostracised.

"They probably wouldn’t say anything right to your face but the fingers would be pointed and you was up to no good,” she adds.

“We sort of understood it, because they ate different.  My mum used to say if I didn’t eat my rice and three vegetables and a bit of meat she’d say ‘all you get when you go and live with a white man is pies and bread and butter’.  She didn’t understand how much I wanted a pie and bread and butter,” she jokes.

“I got a part-time job at Wah Jangs in Queen Street and I met Jack.

The boss was always very kind to us and he probably thought I’ve got two good workers and he kept trying to match-make us”.

It worked. They remain happily married after 56 years, but Jack's workload - he still works a 90 hour week - took its toll on the family.

“When the kids were growing up I never took them on holidays at all, Carrie did. Every school holiday she always take them away somewhere”.

“I did take them out only once - Labour weekend, that’s the only time we all went away as a family together. We went to Waiariki.  It was good to have that weekend and not do anything,” he says.

Just the one weekend; his youngest son Michael was already 10-years-old by the time Jack went on his first family holiday.

“And before you know it, they’re grown up, they’re gone! It’s too late I think it’s very important you know to spend time with your kids.. at that time you couldn’t do it, but she did it, made up for it."

Just how long Jack and Carrie can keep working as hard as they still do in such a competitive market is the big decision they face as they reflect on 50 years in the fruit and vegetable business.

But Jack has no plans to retire just yet, and says he’ll know when it’s time to go.

“Father Time will catch up with you eventually. He’ll tell you when to stop. While I’m still mobile, I’d rather be working.  I think if I stop I think I’ll go under quicker I think”.