Let's Deal with It

Ethnic migrants in New Zealand and Australia are calling for more to be done to curb racist and abusive behaviour in their communities.

"Some politicians call us cockroaches. Some say we are a disease which Australia needs vaccination for. Some, if they had their way, would ban us from making Australia our home," said Australian Greens senator, Mehreen Faruqi.

She is the first female Muslim senator in Australian history and was first sworn in on 20 August 2018. Mehreen arrived in Australia from Pakistan in 1992. 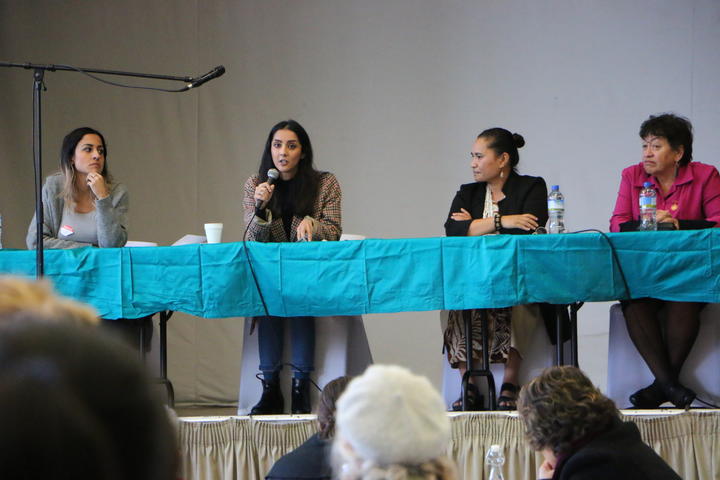 "The reality is that my presence in the senate is an affront to some," she says. "They are offended that people of colour and Muslims have the audacity to not only exist but to open our mouths and join the public."

Mehreen said that even from across the Tasman, the events of 15 March in Christchurch this year affected her.

"Unless we can openly and honestly talk about racism, I think we'll have little hope in dealing with it," she said.

"No matter where we come from, what the colour of our skin, our religion, our gender, our sexual orientation or indeed our bank balance - we all want to live in a world where we are judged for what we do, not what we look like."

Iranian born politician and New Zealand MP Golriz Ghahraman said she is also a regular target for hate speech and abuse. This year she had to increase her security detail, just to feel safe.

"I always knew that that hate existed because those of us who are from a migrant background, people of colour...here in New Zealand know people yell at us from cars, they tell off our children in playgrounds and they yell at us on public transport when we get on."

Golriz is a former United Nations lawyer and a child asylum seeker who became the first refugee elected to the New Zealand Parliament.

"So we've always known that the hate exists but I was surprised by the magnitude and I think that's how we all felt when Christchurch happened." 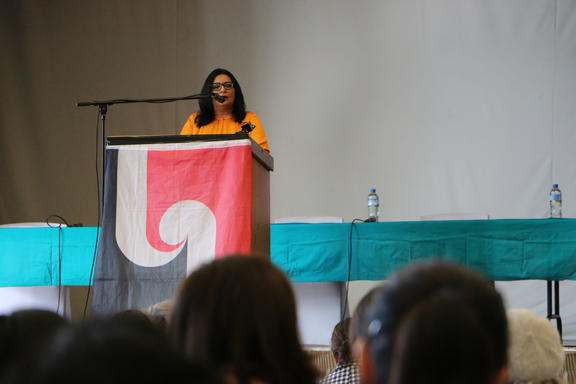 She agreed that Aotearoa New Zealand still has a long way to go.

"So we have laws, and then we have reality. So how do we make those two come together in a way that it makes sense? In a way that it protects, honours values and upholds the dignity together for all of us? So that hopefully in the next 10-20 years time our children and grandchildren will feel safe?"

This year, a one day trans-Tasman meeting in Auckland drew together professionals, human rights lawyers, politicians, migrants and refugees from different organisations and sectors of society to share their experiences of racism, media bias, extremism and white supremacy.

Many participants said the gathering was also one way to honour the 51 lives lost due to the events of March 15th.

Fiji-Indian teen Ranisha Chand attended as she always makes a point of calling out racism and violence any chance she gets. The 17-year-old said it was a privilege to come and listen and support.

“It’s definitely time,” she said nodding in agreement. “Ironically, I faced racism by person of same colour and ethnicity. Fiji Indian. I was cyber bullied at Year 10 [so] probably another reason why I do what I do. “

The Papatoetoe High head girl has already won a couple of awards for her community work, but she said there’s still a lot of work to do.

Her humble beginnings back in Fiji have helped shape her into the young woman she is today.

“There was whacking and violence going on at that time." 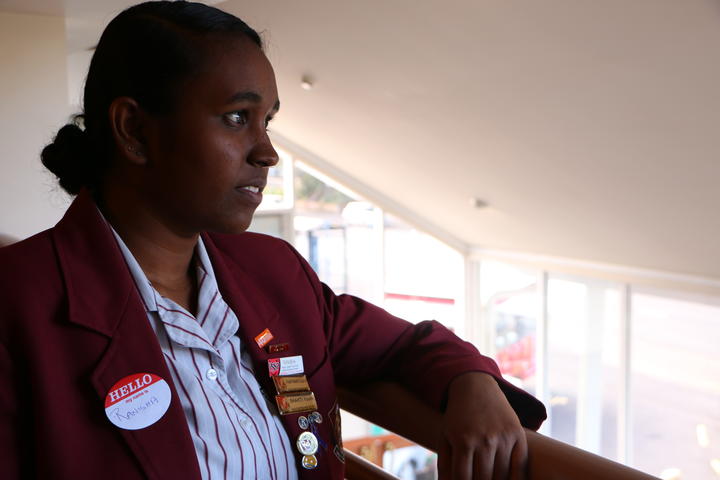 Being the child of a low-income earner also put her on the back foot. Her dad earned money as a bus driver to provide for the family, but the family budget was tight for the family of five. Ranisha has two other siblings to look after.

“Kids with more privileged backgrounds tended to get better opportunities,” she said.

Ranisha is also the president of Shakti Youth and she likes to help out her school mates and peers if they ask.

“I had some girls who come to school saying they have been abused or hit so I like providing support at my school for girls who need help,” she said.

“I refer them to Shakti,” she says.  Shakti is a non-profit organisation that serves migrant and refugee women and young people.

“I also led a youth march in the city for youth from Britomart to Aotea Square,” she said proudly.

The Future Without Violence Youth march was to speak out against domestic violence, rape culture and forced marriage.

Ranisha is motivated to see a change in our communities and thinks maybe in the future she might look at a career in politics.

“When I see a woman suffering, I feel pain and do not know where it comes from and it just gets me mad."

“I do believe that getting angry is not a solution, so you really need to know what you are doing.”

Ranisha is opmitistic about a better New Zealand society in the future.

“A place where racism doesn’t exist?” she says.  “I know it is a hard job, but it is possible.”

“I identify as a storyteller who works part time in the community and part-time for a record label,” says Makanaka Tuwe. 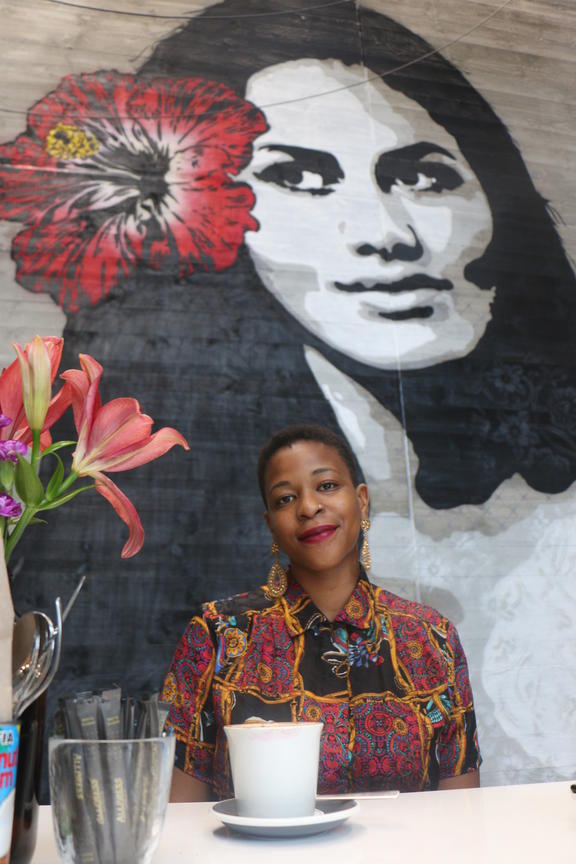 She is of Zimbabwe heritage and in her mid-twenties. She prefers to be called Maka for short.

Maka came to New Zealand as a 9-year-old and these days strongly identifies with her African-ness and being a Kiwi. But often she says she finds herself on the receiving end of offensive comments.

“I remember growing up and my first experience with racism was at school when a kid made a point not to play with me cos I was black.”

When people first meet her, she can always predict what sorts of questions will be asked.

“Over the years it's ‘omg you are so articulate!’ ‘Where did you learn to speak English?’ ‘Where are you from?’”

Maka says racism and hate speech towards non-white ethnic groups isn’t new but given what has happened in Christchurch, and in the wake of the #MeToo movement, it is time to stamp it out now.

“These conversations have been happening for years,” she says. “Our voices are hoarse. “

She knows of many migrants and ethnic people of colour who always talk about their fears, worries and concerns about hate speech and the lack of collective action to curb it.

Maka believes what tends to happen is that minority voices get ignored or explained away when people of colour point out that what has been said to them is actually not okay.

“Because I feel like in a space like New Zealand that racism is viewed as something that doesn’t happen, she says even though incidents happen often to her.

"I think it was a couple of years ago we used the term 'casual racism'…just an accumulation of small aggressions that happen throughout the day.”' But she says there is nothing 'casual' about racism. 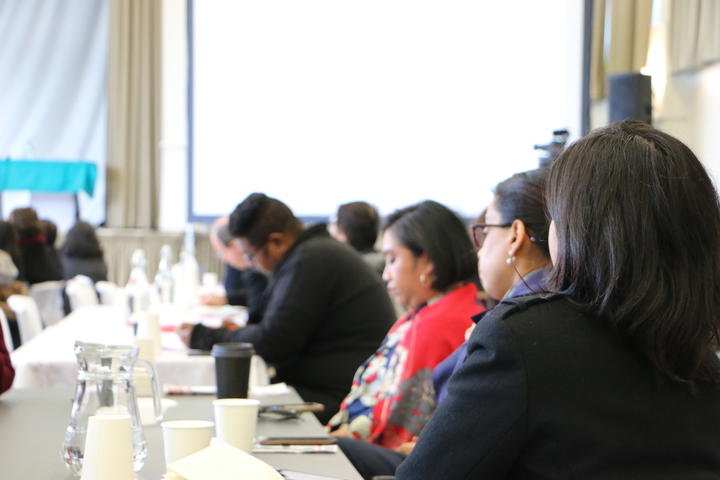 “I was walking with my girlfriends down the street and some guys in a car stop and roll down the window and yell out 'nigger'. Another time I went to have coffee in Takapuna with a friend who suddenly noticed everyone was staring at us.”

“I hope in the next 10 years we will be more multicultural and that more diverse in the sense those from other places and are minorities do feel at home here and that we are actively involved in trying to be all those things.  “

What all these women do have in common is their refusal to let racial and anti-social behaviour stop them from living full lives and embracing others around them  - no matter what their ethnicity or skin colour.