If you missed Auckland’s Latin American Fiesta this year – you’re going to want to ensure you make it next year.

Organiser Saione Greer reckons it has the potential to be as big as Diwali, Pasifika and Chinese New Year, given time and a bit of a helping hand.

His mobile phone is ringing off the hook, when I met up with him at this year’s Latin Fiesta, over Auckland’s Anniversary Weekend. 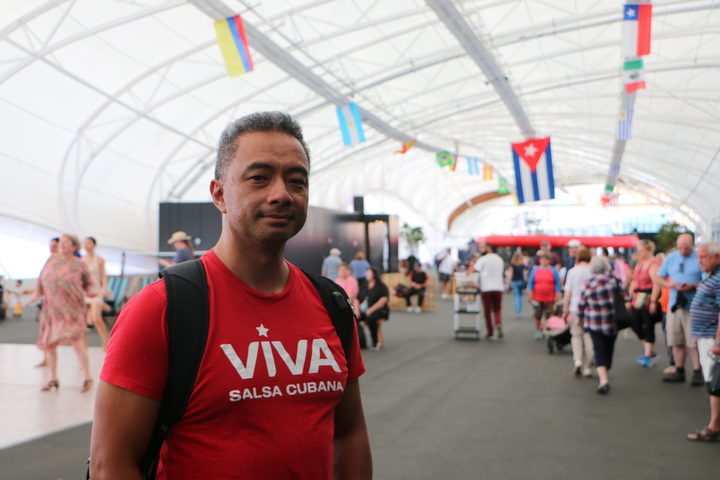 “No milk? Oh, that’s not good. Yep I’m in an interview right now but come and get my card,” he says with a sigh.  He looks at me. “I really hope it doesn’t go into overdraft.”

As soon as he hangs up and starts talking to me again, the phone rings again.

“The tent has blown over again? Well that’s what you get with a last-minute purchase. Just take it down,” he says shaking his head.

Saione is a Tongan born Aussie Kiwi. He is in charge and busy juggling lots of tasks.  He initially got involved because he teaches salsa dance classes.

“It's right there, right amongst us. There’s the Brazilians, Chileans, Argentinians, Colombians, Caribbean -  a lot of nations right here amongst us and this brings it altogether under one roof for all of us to celebrate it ourselves.” 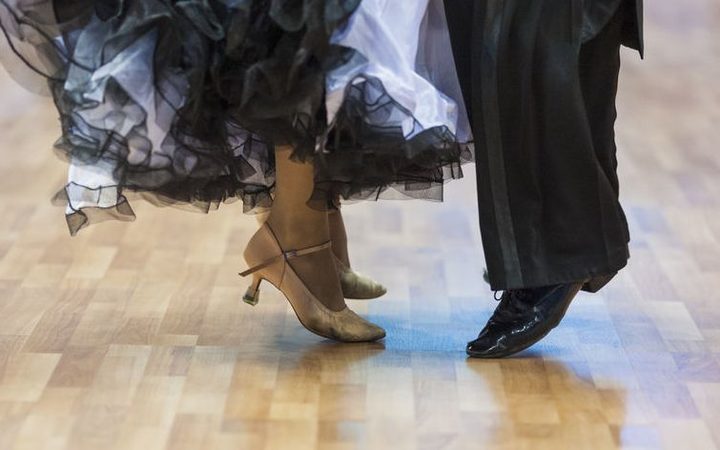 People might think it’s odd that a non-Latin American is in charge, but Saione tells me it is an advantage.

“I’m neutral ground,” he says with a smile. “This way there’s no bias to any one country in Latin America.”

2019 marks the sixth year of this event and Saione truly believes it could become a huge drawcard for the city with its Latin American dances, food and live bands.

“Why should we just enjoy this for ourselves? Need to get out and enjoy everything there is to offer. The vibrancy of community and dances like a bit of the Latin salsa dance. It’s all good stuff and a very happy atmosphere. “

But he admits there have been challenges,  like its new location down at The Cloud and an inadequate budget.

“This year has been quite a different beast,” he says. “Normally we were at Aotea Square but this year it’s been at The Cloud and so it’s a much bigger venue in terms of floor space.”

Saione says he had to organise everything himself this time, such as stallholders, security, volunteers, staff and performers for the programme, in record time.

“We didn’t really get the green light on this until late October,” he tells me.

“And even then, there was the decision that had to be made to either go ahead with it or cancel it, because I’ve had no time to find sponsorships for it or get any kind of funding at all.” 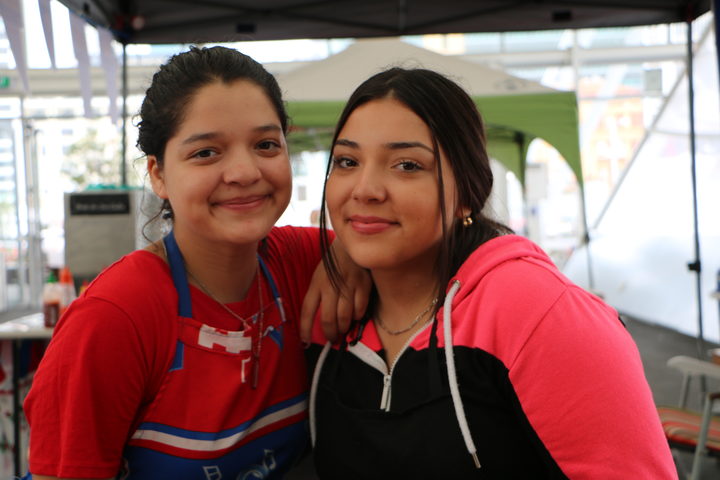 He decided to have cancelled would have seen this event lose momentum.

“You know, I just had to find the cash to do it myself,” he says. “This event is just too important for the city to miss out on for some dollars that hopefully can be found somewhere.”

But he remains optimistic about the event’s future growth.

“I totally believe that this can, and should, become one of the cultural festivals to travel to,” he says.

“Plus, I would really like to bring over international artists and bands so that people here can experience it right on their doorstep. “

At the 2013 census, Latin Americans, along with African and Middle Eastern people, made up 1.2 percent of New Zealand’s population. That figure is likely to have increased further.

Like Chilean sisters Ashleigh and Anais Ravet-Duran who now attend school in Avondale. Both are helping by manning the family’s food stall at the event with their dad. Their mother was the main cook.

“She [Mum] really sacrificed herself for making these foods three days continuous for this event as there were lots of different dishes.” 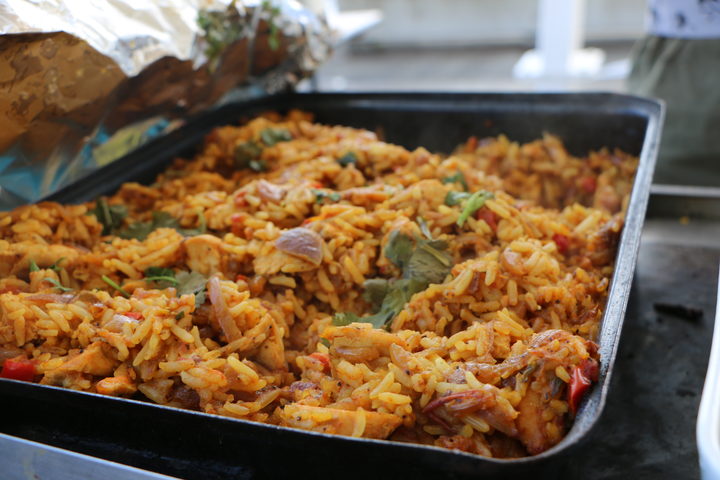 Saione tells me the Latin Fiesta attracts all sorts of people like them, as well as people who come not only for the cultural experience, but also the party like atmosphere.

One day he’d like to see people booking trips just to be in Auckland for it and in five years his vision is for the event to take over the whole downtown and harbour area.

“I believe it could be one of the top five big cultural festivals in the city,” he says. “There is no reason why it shouldn’t.”