Poetry is enjoying a resurgence among migrants as a voyage of new discoveries and experiences.

English poet Peter Bland migrated to New Zealand a few moons ago in 1954 but remembers it like it was yesterday.

“Song. The old Chinese lady who lives next door lays out her washing on the red tiled roof as if she were back home at her old childhood home. She sings to herself a song with long pauses. A song passed on,” he reads. 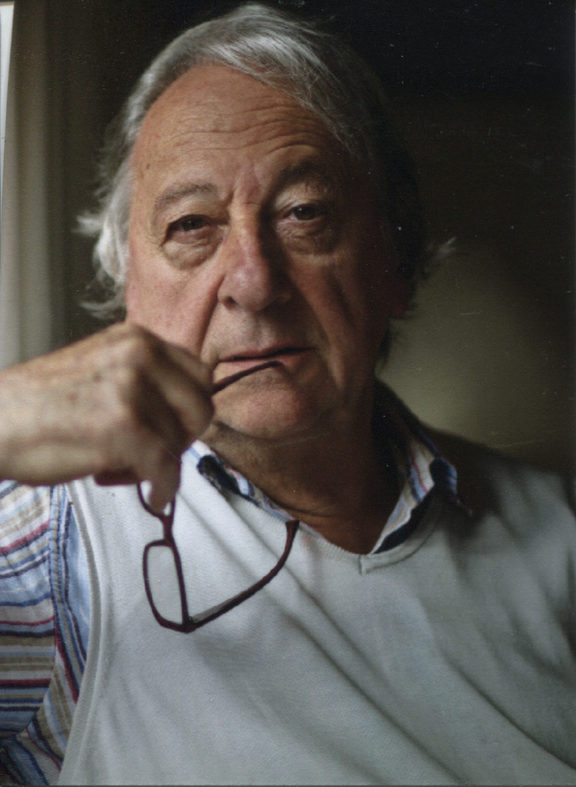 He is also an actor, but his first passion is poetry.

“Getting here [and] arriving in New Zealand helped me as a writer because writing was one way to understand the place and work through things and acquire the NZ way of talking and speaking too. Which I liked.”

Peter believes poetry that shares the migrant experience is even more important – not only for the sound and rhythm but also the story.

“I think it’s always been important, but particularly these days because the whole migrant refugee situation has become more obvious that we will have to do something about it to some extent,” said Peter.

“Also it’s important that a country accepts people coming in, because it enriches the existing culture.”

Dutch migrant Riemke Ensing agrees and uses poetry to talk about things that are on her mind.

“It’s dangerous looking back,” said Riemke. “You get torn between two worlds but when I do write poetry I am conscious that the voice has to be right.”

Riemke said that nowadays the forced migration of people around the world makes news headlines.

“There is this huge rage against these people,” she said. “They get put in camps and then there are no camps. And there are whole protests about getting rid of them and being sent back to where they came from.”

She is thankful for what New Zealand offers migrants and wrote a poem about it.

“Immediately on that coast we were at home,” she reads, “We saw the light translucent in the dark. Our ancestors there to light the way.” 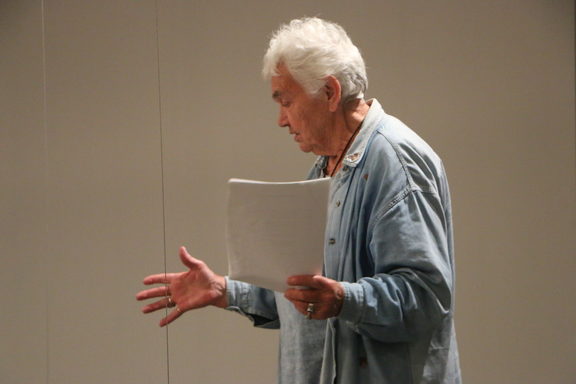 One of her poems, titled Father, captures the time her dad was a young doctor who left Hong Kong for a new life in Aotearoa.

“Brain. He treasures this organ even above his stomach. Tenderly grazes on it in books teaching tapes and ancient high fives. Holds it like a flag before his daughters when he tells them that they must go to university so that they can care for him when he is old,” she reads.

She also penned a neat poem about her son who is half Chinese, half Croatian and 100% kiwi.

“You have an island on your face,” she reads. “A patch of whiteness floating across your right temple. Newborn it blended in, your whole skin translucent. A freshly steamed dumpling wrapper.”

Renee’s son has her skin colour but a little island size white patch on his head – the colour of his dad’s skin.

“He’s got like this little island of Croatia in the middle of his face, so I wrote [a poem] about that. [It’s] like we are all different little islands of ethnicities floating in each other’s seas,” said Renee.

Renee said it’s often also about how people have to stand in different places. 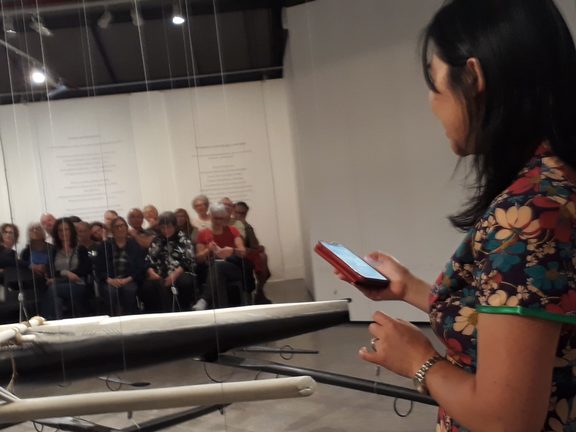 Poetry is also a wonderful way of expressing a truth.

“It’s quite a compact form, but I like it for its intensity,” said Renee.

“It’s the kind of thing I do when I want quietness and stillness and to sit with a thought for a little while. Poetry allows you to delve into it and drop yourself into it and surround yourself.”

She knows many of her poems can’t be rewritten.

The three poets shared a public reading at the NZ Maritime Museum in support of another migrant art installation titled ‘Carving Water, Painting Voice’ that is on display until March.

Japanese migrant Kazu Nakagawa, who arrived to New Zealand in 1996, explains this installation captures the journey of migration.

He remodelled a wooden traditional outrigger canoe from Niue that got damaged and ended up in Aotearoa for the installation, along with 18 carved paddles.

Playing from the prow are voice recordings of 50 people sharing their personal journeys in their different languages.

"I decided to use the canoe as a speaker of people's voices and journeys," he said. "I think I like how it is now, that it keeps its own journey."

The installation symbolises how migrants carve out their own waters in their search for a new home, while the voices paint the personal landscape of sound. 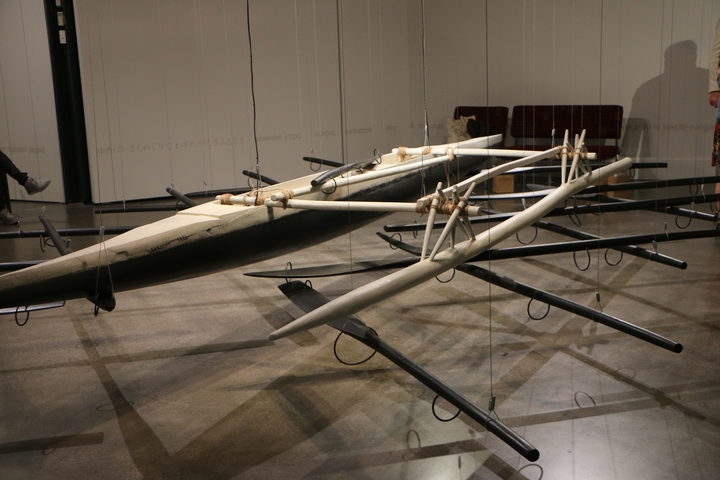