Adil* could be living next to you; your quiet neighbour who minds his own business.

But this New Zealander lives in fear for his life and those of his loved ones. Many of his friends and family members have simply vanished from his homeland back in China's Xinjiang region. 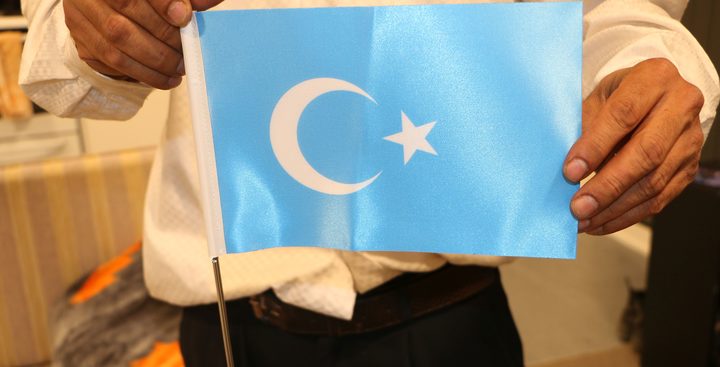 Adil* is not his real name. He’s too frightened to let RNZ reveal his identity. “Adil” is an Arabic word that means ‘justice’.

I can’t tell you how Adil ended up in New Zealand as that would identify him and, he says, put him and his family at risk. The Chinese government has his voice ID, facial ID as well as DNA and blood samples on file.

He pours me a glass of orange juice and talks about how he believes the Chinese government is up to no good. Adil wants to speak out for those who can’t because they are in an internment camp, in jail or dead.

East Turkestan, as it used to be known, is in the north western corner of China, bordering Tajikistan and Kyrgyzstan, with Mongolia to the north east. This mountainous region on the old Silk Road trading route was taken over by China in 1955 and renamed the Xinjiang Uyghur Autonomous Region (XUAR).

Its population is 22 million and home to different ethnic minorities. Many of them are devout Muslims.

Adil asks me to spell Uyghur using the letter ‘y’ because that is how his people spell it. Sometimes it is the small things that can make a big statement.

He was born and raised in the Uyghur community, an ethnic Turkish group of people who are mostly Muslim. Adil recalls many families being forced to let an ethnic Han Chinese live with them inside their homes. Many Uyghur believed these Han Chinese people had been sent by Chinese authorities to spy on them and report back.

But China has blamed violent attacks by separatists in Xinjiang believing 200 people, mostly Han Chinese, were killed in rioting in the capital Urumqi in 2009. 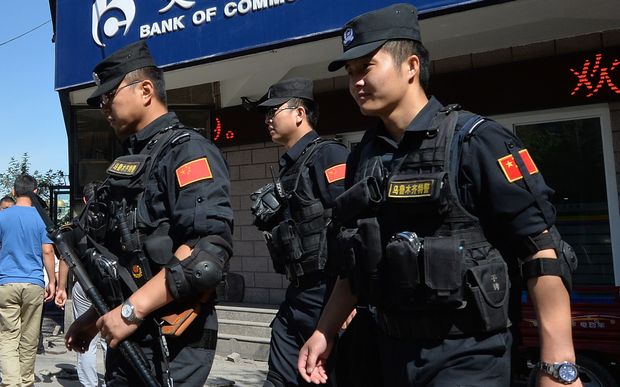 Chinese armed police in the streets of the Muslim Uighur quarter in Urumqi. Photo: AFP

Adil says it's risky speaking out. There are many media stories that accuse China of mass incarceration of Uyghur people and forcing them to renounce their culture, identity and religion. Plenty of people Adil knows have disappeared since China began a crackdown in the region since 2009. Those that haven’t, Adil claims, are under constant surveillance.

“One sibling was the first to go to jail because of being a highly educated and successful professional,” he says. “But since then I have learned other family members are now missing and been taken to jail and concentration camps now too.”

Adil believes it’s too dangerous to call home or travel back there again and suspects he’s on a government blacklist for living overseas. Even here in New Zealand, Adil is under pressure to return to Xinjiang and often gets phone calls from anonymous Chinese people, who won't give their name.

Since 2009, many Uyghurs have escaped to other countries and are now speaking out about what is happening back there.

In August this year, the United Nations said it was ‘alarmed’ by reports of possibly a million Uyghurs and other minorities from the region being held in what China calls re-education camps. There is also credible satellite footage of these areas that show clearly the camps have been set up under tight security.

China hasn’t been happy about calls to explain and has been slow to respond to media queries. But publicly they have stated they want to re-educate the Uyghur community on all things Chinese, including speaking the language. It also says that their camps are for re-education and training as well as reducing any chance of radical Islamist terror attacks.

“Up to 1,000,000 of those people are held in transformation through education centres but actually they are detention centres – it’s really alarming. In those centres, at best they will be brainwashed but at worst they will be tortured, but there’s a real possibility of death.”

Tze Ming Mok is a New Zealand-born Chinese who has studied Chinese politics. She lived in Xinjiang over a decade ago.

“In the case of the Uyghurs, we know that what they are doing is that they are putting pressure on every single Uyghur they can contact to say essentially to return to China and saying they will put their family in the camp who will stay in the camp until they come back.” 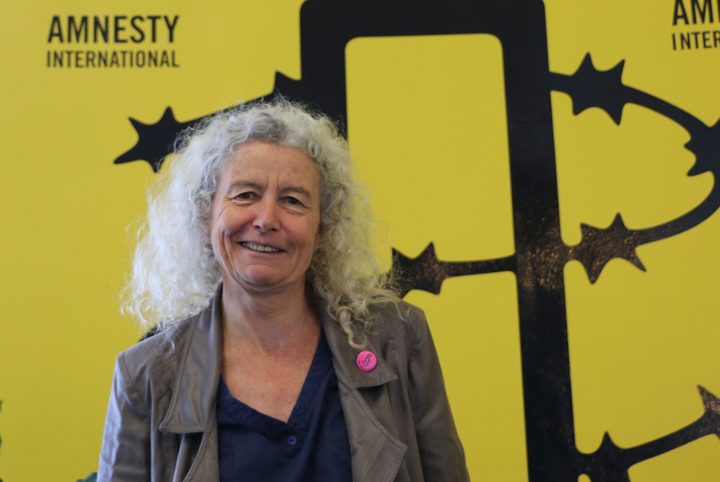 “This is impacting on people who are actually now New Zealanders,” she said.

Tze Ming says China considers all people born in China as Chinese nationals - no matter where in the world they are.

The University of Canterbury professor has been raising ongoing concerns about being burgled and her property sabotaged and office searched after she wrote a paper about Chinese politics last year. The police have been investigating.

Anne Marie also has concerns about China’s treatment of the Uyghur ethnic minorities. 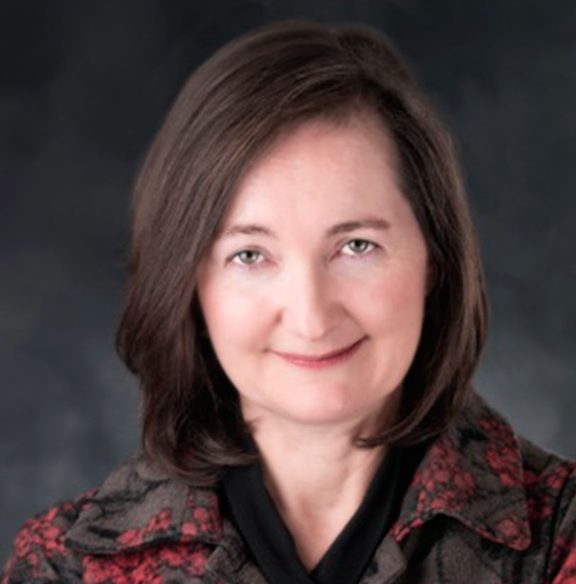 She said the children of these adults being taken in by Chinese authorities are then being put into orphanages, despite other family members being available to care for them.

“What is happening to the Uyghur community in China is very, very, serious and it is being reported on internationally and it’s being discussed at the United Nations as well. “

Anne Marie believes it is important that our government does speak out about China, as it helps people like the Uyghurs, who are under huge pressure.

The New Zealand’s government’s spy agency, the GCSB, is one of the latest to raise concerns about the Chinese tech company Huawei’s moves to develop its 5G network here, and blocked their bid to work with local Telco Spark.

Plus Jacinda Ardern, has made some references to the Uyghurs plight, but at most has offered to possibly raise their concerns at a future meeting with China. She did cancel her meeting with China's president this month, citing a scheduling issue.

But many are calling for the government to do more. A recent petition, to stop China’s arbitrary detentions of Uyghurs and other Turkic groups, closed in October and gained more than 8000 signatures.

“I’m thankful to New Zealand in lots of ways, but New Zealand does need to be careful with China,” said Umitwar*(not his real name), another Uyghur living here.

“We have voiced our concerns to the government including the Prime Minister plus we supported a recent petition that went to parliament."

Adil is keeping a close eye on the politics, but more on the personal side he worries about his mother who still lives in Xinjiang. He has no way of knowing what is happening to her.

“My last contact with her was back in 2016 when I called home and I was told never call there again," he tells me. "That's it." 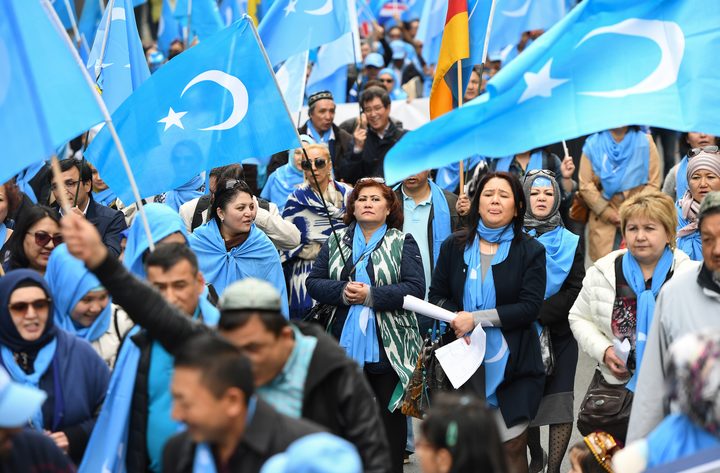