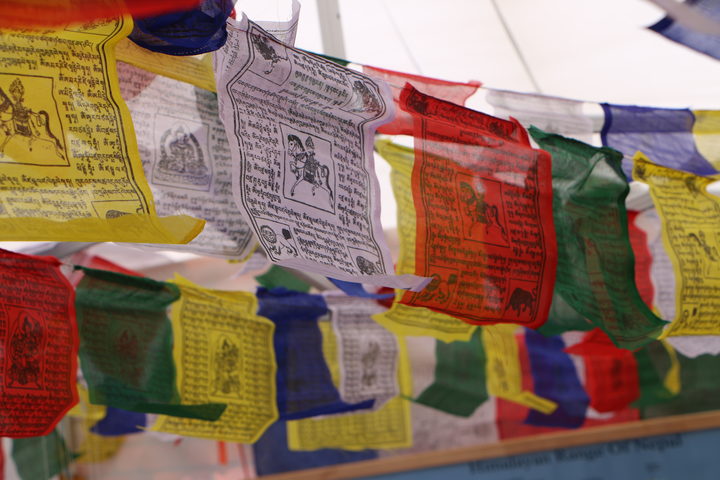 In 2013 there were almost 1500 Nepalese living here mostly in Auckland. Between 2006 and 2013 the Nepalese population increased 143 percent.

Looking at the crowds who attended this year's Nepal Festival 2018, many in the community hope this year's census will provide a more accurate update.

Everyone I met at the festival believe that there are many more Nepalese living here now.

It is their first large-scale outdoor festival celebrating all things Nepal – their arts, culture and food – to be held in New Zealand.

“It’s been really challenging, a lot of hard work but totally worth it,” he said.

The Society wanted to bring the Nepalese community together from all over New Zealand and provide Kiwis a chance to get to know them.

“When you move to a new place, you always want to have that sense of belonging,” he said. 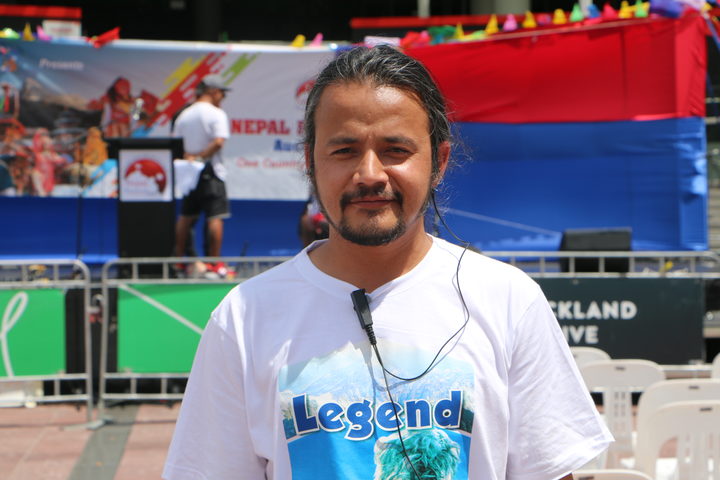 “I come from Palpa in the Western part of Nepal, it is similar to New Zealand when it comes to beauty. I have always felt that New Zealand and Nepal had that connection especially due to Sir Edmund Hillary and Tenzing Norgay Sherpa, who started this relationship, on 29 May 1953.”

The day that Sir Ed and Sherpa Tenzing Norgay 'knocked the bastard off' and the ongoing relationship between New Zealand and Nepal is something many guests at the festival kept referring to.

Dinesh Khadka, who is the New Zealand Nepal Society president, wore his traditional dress here after migrating 18 years ago, but Nepal is never far from his mind.

“We trying to promote our food and our culture and in fact you know New Zealand and Nepal have a long relationship since Sir Ed and Tenzing conquered Everest and so we want people to explore more about Nepal.” 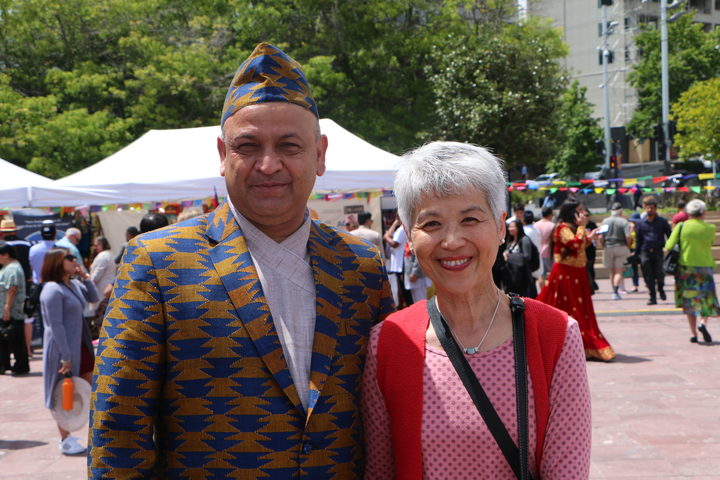 Nepal is located at the foot of the Himalayas, home to some of the world’s tallest peaks like Mt Everest. Kathmandu is the capital and it’s a popular tourist destination.

Religion is important too and their colourful red blue orange white and green prayer flags are always visible.

“The whole concept and theory behind that is when the prayer flags like fly, basically all those blessing fly in the air so that you have all that peace and happiness around you,” said Prayesh.

The Himalayan Trust which Sir Ed started in the 1960s had a stall at the festival, to raise more awareness of their work back in this landlocked country bordering China and India that has a population of over 29 million people.

The Trust built the first schools and hospitals in the Khumbu region and for more than 60 years it has been the force behind many aid projects in education and health, including providing clean drinking water, as well as building infrastructure like bridges and an airstrip.

“The Trust and work of Sir Ed is one of the great New Zealand stories,” he said. 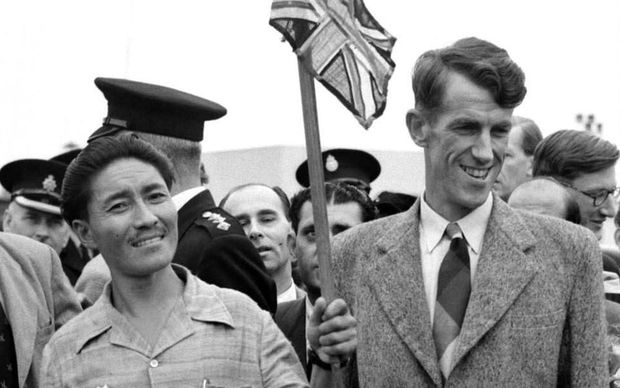 “I am thrilled to be given that opportunity coming up to the centenary of Sir Ed’s birth and so it’s  time to really state its claim as to what it wants to do in the future.”

Sir Ed was born on 20 July 1919 and lived a full life until he died in 2008 whereas Sherpa Tenzing Norgay was born in 1914 but died earlier than Sir Ed in 1986.  Next year's events have been meticulously planned to mark the centenary of Sir Ed’s birth.

“Before that we have a great event, The Summit Challenge, which is coming up in March and a bit later is a professionally guided trek which goes to Everest Base camp – a real trip of a lifetime and then there is a wonderful celebration gala dinner,” said Loof.

Prayash is glad the Trust is continuing its work in Nepal, as he still has family there and being so far away from them is tough. It is about 17 hours away by plane.

“I’ve got my brother, sister and parents back in Nepal and I do kind of miss them as well,” he said.

“But I have got a few Kiwi mates now whom I call my second family, and a larger family in the Nepalese community here as well. That helps me not to miss my home too much.”