The curious case of the West Papua diplomatic desk in Auckland

The West Papua desk in Auckland is a literal desk, with four legs, a white table top with some stationery, a keyboard and a morning star flag on it.

But there's much more to this desk than meets the eye. 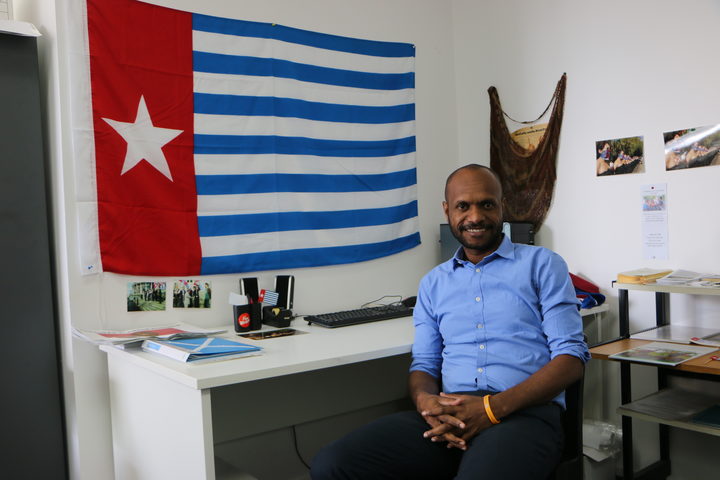 Most countries have their own desk or more than one, which is staffed by diplomats posted to New Zealand.

But not this desk.

This desk isn't staffed properly, because it's not officially recognised by Indonesia who governs Papua.

This desk is the 'West Papua solidarity' desk that sits in its own small corner of the First Union office in Onehunga.

It blends in with the other office furniture except for the big morning star flag that is up on the wall.

But to indigenous Papuans, this desk carries a lot of weight. It's a loud political statement that represents growing outside support for their ongoing independence struggle, as Papuans have been seeking help from the international community for decades.

While it hasn't been forthcoming from many governments, grassroots support is growing - particularly in the Pacific region. 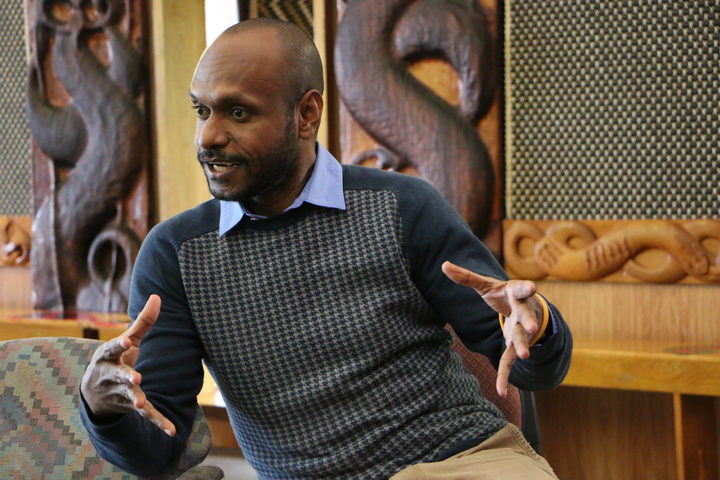 Visiting West Papuan film-maker, Wensislaus (Wensi) Fatubun, travelled to New Zealand on a recent tour, and he thought the desk was great.

“It is a sign of hope and that in our struggles we are not alone. We have bro and sister in NZ helping us struggle for our right.”

“And I hope that the desk will be strong for support of West Papuans in New Zealand but also give inspiration to other Pacific Islanders."

She was surprised but happy at the media attention when the desk launched in June.

“We needed a place and I thought we'd launch the desk. And it's just that. I think next time I should launch a West Papua chair,” she laughs. 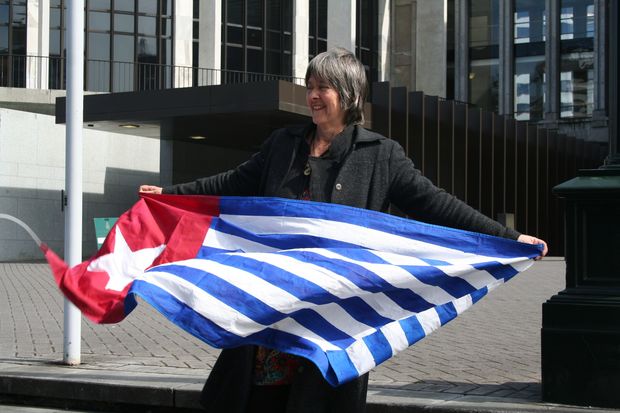 The desk, with zero running costs, is used by volunteers when required - so no-one sits on it fulltime.

“It's like something concrete. Where we can hold our flag, have our information, hold meetings with visitors, and organising."

She has just published a book about the ongoing struggles indigenous West Papuans face under Indonesian rule.

Leadbetter believes West Papua was robbed of its chance to be independent and said it is well past time for the NZ government to step up and speak out against human rights abuses there.

“It is urgent because West Papuans are facing genocide. And it is just not a flowery term. It's well documented and many academics say now we can call it genocide under the strict terms of the genocide convention and they call it slow genocide."

Indonesia took control of West Papua, formerly Dutch New Guinea in 1963 via an agreement facilitated by the United States, but it excluded Papuans.

Then the takeover, in 1969, culminated in a so-called "act of free choice" plebiscite, in which little over 1,000 Papuans voted under duress to become part of Indonesia.

The desk is for indigenous people like Wensi, for whom Indonesia's actions are a sore point.

He has vivid memories from his childhood, like when his family were forced to leave their home by the Indonesian military.

"At that time, 3 years old there was a military operation in our village so we had to move. So my father took me, my big bro and my mother and we went to another village near there."

He also remembers having to tiptoe to visit his uncles hiding in the jungle.

They were part of the West Papua Liberation Army -an indigenous resistance movement standing up to the Indonesian military.

“And at that time, it always reminds me when I was 7 years old. Every night I always, together with my big brother and mother, we'd go smuggle food into my uncles in the jungle. This is part of my own experience and because of that so I am standing for West Papua to be free of the colonizer rule.” 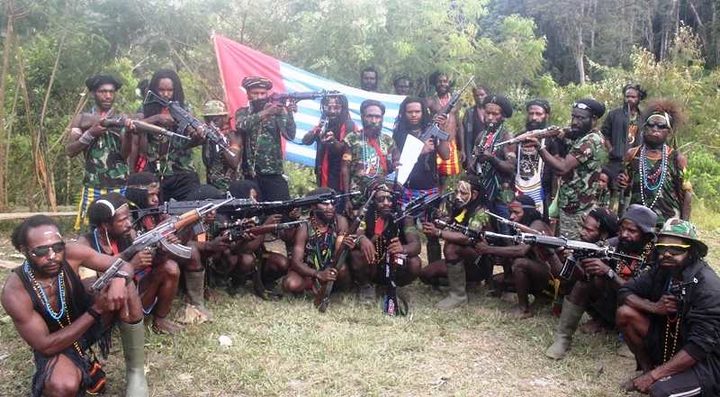 Wensi's weapon of choice is the camera.

He uses it to document his people's discrimination and human rights abuses through his indigenous lens.

Wensi agrees there's development, but in the process, it is destroying villages, people, and their homes and indigenous livelihoods.

He blames them for the destruction of the country's rainforests which is something he captures on film.

Wensi also likes to tell stories about women in his films and says all West Papuan women remind him of his own mother.

“So when I hear that the women are tortured or beaten, well I have to stand up for them.”

In 2017, RNZ Pacific's Johnny Blades, who has covered Papua for some time, interviewed Jakarta's man in Wellington Tantowi Yahya when he first got his posting to New Zealand. 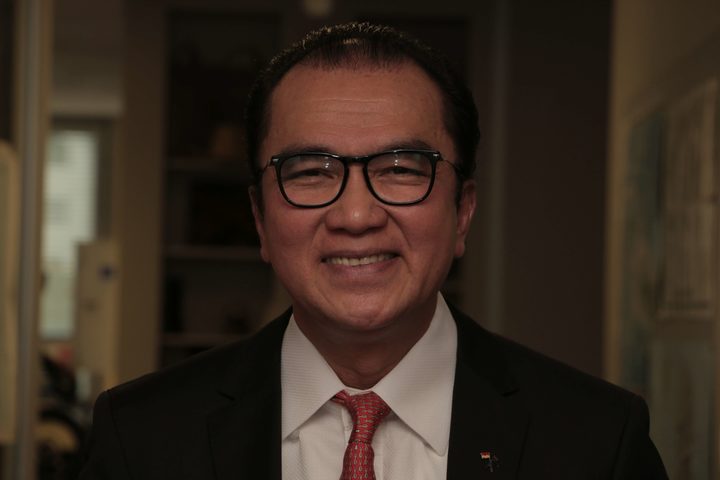 Many are counting down the days until West Papuan National Flag Day - a day many indigenous Papuans celebrate.

“On December 1, it reminds me that I am part of the West Papua nation,” he says.

“We celebrate with the raising of the morning star, we pray and we sing our national anthem."

For the first time, this desk in Auckland is probably being used as a space to plan celebrations and probable protests supporting the West Papuan sovereignty cause.