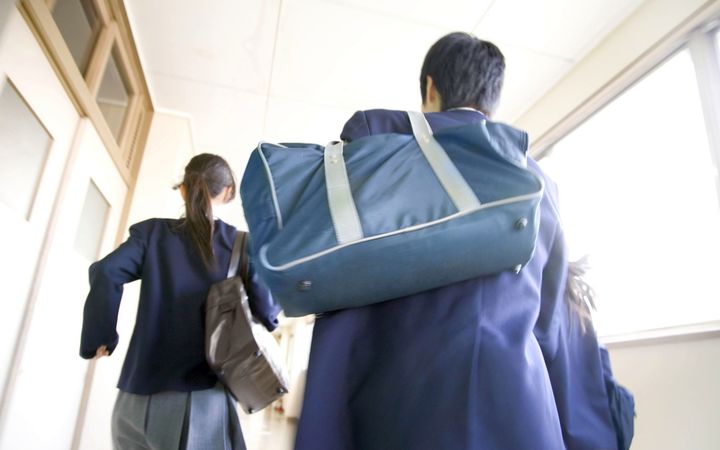 Our Pākehā-dominated school system could be yesterday's news as Tomorrow's Schools undergoes a massive review.

He said the aim is to “make education much more personalised and much less one size fits all”.

With that in mind, in May this year, Hipkins hosted $3 million summits in Auckland and Christchurch.

Unfortunately – while 1,400 people attended – very few of them were from New Zealand’s ethnic minority communities.

In a bid to remedy that, the Minister for Ethnic Communities and Associate Minister of Education Jenny Salesa recently hosted five smaller meetings in Auckland, Wellington and Christchurch.

RNZ Voices went along to one meeting, where around 50 people from all walks of life were huddled together on tables covered with paper, coloured pens and post-it notes at the Glenfield Primary School hall. It was a fitting venue with children’s drawings of flags from all around the world pinned up on the walls. 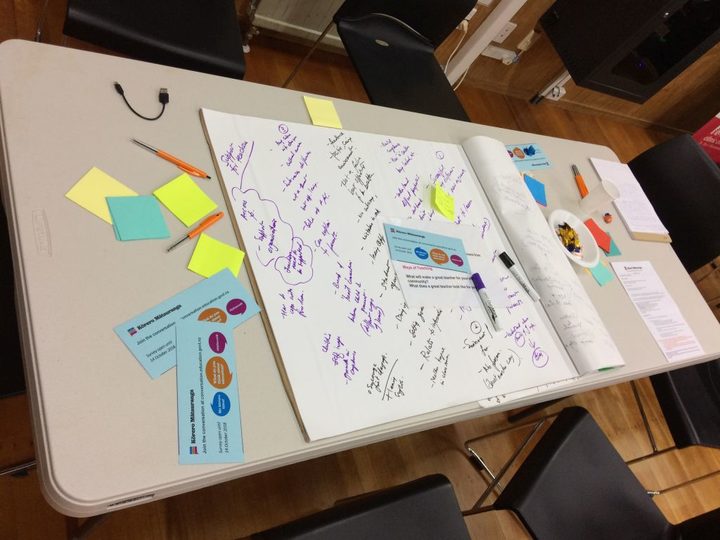 Salesa sat in on many of the discussions and was disappointed by some of the things she heard.

“Someone who was born and raised in Aotearoa/New Zealand was pushed down the stairs by another student and told to go back to ching-chong-land.

"This happens in too many of our schools."

At an earlier event, she told the gathering that she had overheard a Pākehā person tell a young mother, who was born and raised in New Zealand but whose parents were from Fiji, that she should learn the culture and language of New Zealand.

“She’s a person that doesn’t speak her own language and she was told her language was not that important, not in Aotearoa/New Zealand,” Salesa says.

Some of the parents also spoke about how divisive the system can be.

Lucia Davis migrated to New Zealand from Romania 15 years ago. Her husband is tangata whenua of Ngāti Whātua descent and they have chosen to send their two boys to a Māori immersion school, but she still sees discrimination.

“I have to drive them [from] outside of the area to be able to access a school where the learning is performed in Māori. They feel, I feel, like there’s a segregation between Māori units and the mainstream education system and segregation doesn’t help.”

Tessie, who didn’t want us to use her surname, is a teacher aide. She thinks New Zealand teachers are amazing and believes schools try to be inclusive.

She knows of at least one school which hosts parent-teacher evenings for different cultures and parents are invited to come to the school and bring a plate of food.

“They have a sharing of, I guess, ideas. You engage with them, you sit down with them, have a meal - we all like to bond over food. All cultures do.”

“Some of the teachers don’t really care about the students. Some just throw a lot of notes at you and say, 'oh do it'.”

Tim said that was hard, especially for the international students.

His mum Sylvia, on the other hand, expected more for her kids.

“[My children] keep coming back to me and saying they are not learning very much at school - that’s really depressing.”.

Abdul Mohamud is a father of three and his oldest just started at what he described as a very diverse school.

“The staff there work hard to accommodate everyone and [they are] eager to discuss with the parents and that’s very important. I think New Zealand is going in the right direction.

“But I would like more schools to teach our children more about philosophy. This world today it’s all about the markets. People are forgetting about the most important thing, that is the philosophy and morality.”

The importance of language was one of the key themes to come out of the meeting.

Satya Dutt opened and closed the meeting with a prayer in Hindi. He is a passionate promoter of the language and is very keen to hear more of it in schools.

“Language and culture is our identity and we must always uphold that,” he says. 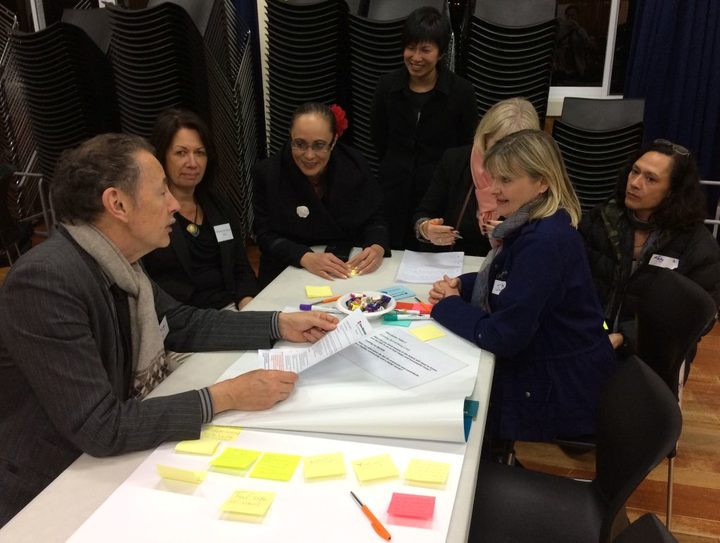 Jenny Salesa says that with New Zealand's growing Hindi and Mandarin speaking population, it’s not surprising there’s a real push to hear more of those languages in our schools.

But with close to 70 percent of the total Pasifika community in the world living in Auckland, access to Samoan and Tongan languages in our schools is also really important.

Salesa also feels a responsibility to the realm nations – Cook Islands, Niue and Tokelau – to help preserve their languages.

“We know right now that 10% of our school population in Aotearoa is Pasifika, but we also know that is going to double in the next couple of decades.”

“When you add in the number of Māori students to that and you add in ethnic community students - those three populations combined are going to make up 50% of our total school population.”

Salesa says it’s vital to know what these groups need from schools.

Mrs Davis would like to see schools go further than just introducing languages.

She would like children to be encouraged to come up with ideas from their ethnic backgrounds and have those thoughts validated and acknowledged.

“When you look at the child, don’t cut it and paste it into the school system, but actually look at his entire mana, with family and ancestors and history behind and allow that to come across,” she said.

The need for kids from minority backgrounds to see themselves reflected in the school curriculum came across loud and clear to Salesa. 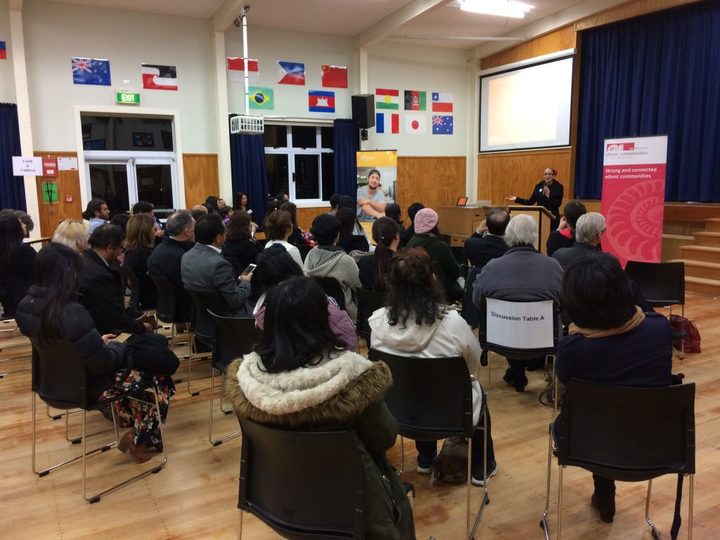 She describes a conversation with two parents who said their school celebrated Māori Language Week and Hindi Language Week, but they didn’t even know when it was Chinese Language Week.

The common refrain from children who participated in the meetings was that they wanted to be acknowledged and valued as a person from their culture “not just for the week where we’re celebrating the language, but for the whole year," Salesa says.

For Lucia Davis, the conversation about including diversity in our education system could be one of the most important discussions we have.

“We [ethnic minority groups] are celebrated for our culture, our food, our dances and our costumes.”

“If we can go a little bit deeper and bring to the table our system of knowledge, our worldviews, and tackle world problems from this varied [perspective, with] many points of views, we will probably save the world.”