Polish President's NZ visit: 'There is a lot of bad propaganda against refugees'

From the first immigrants in the 1800s, to the famous Pahiatua refugees and now a new wave of immigrants from a post-communist world.

Last month, Polish President Andrjez Duda visited the country - the first Polish head of state ever to do so.

For some, it was a symbolic mark of Polish independence. But others believe that hard-won independence is being eroded. Even corrupted. 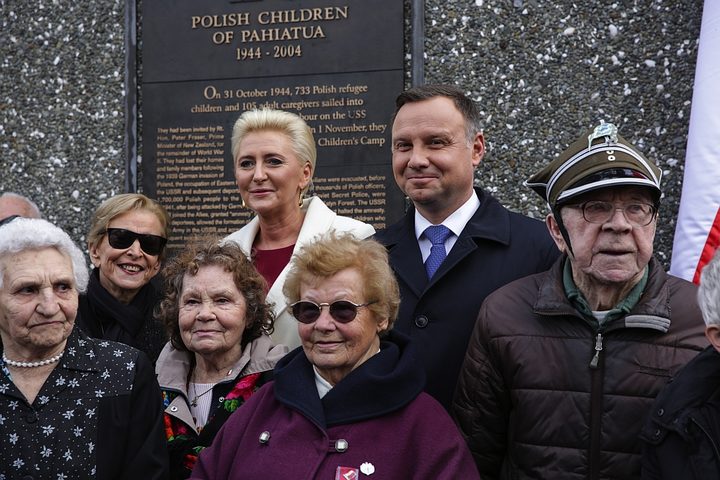 Andrjez Duda with his wife, Agata Kornhauser-Duda (at back) with members of the Polish Community in Wellington. Photo: RNZ / Richard Tindiller

The Polish refugee children, all 733 of them, arrived in New Zealand in October 1944.

Most of them were orphans.

The children had been shunted between war-torn Poland, the Soviet Union and Iran, while authorities cast around for somewhere they could go.

For four or five years, they were in limbo.

They watched their brothers and sisters die of hunger; they forgot their parents' faces; they lost their confidence.

And then in 1944, Prime Minister Peter Fraser opened New Zealand's arms and the small town of Pahiatua in the Wairarapa became known as Little Poland.

Stefania and Josef Zawada were two of the Pahiatua refugees.

As children they saw each other across the playground; when they met again in their 20s, they fell in love.

In the centre, a pair of sepia portraits of Stefania's parents.

Her family survived the war, but had to make some harrowing choices.

“Children were getting thinner and they really were concerned for us, so they put us so in an orphanage, a Polish orphanage.” 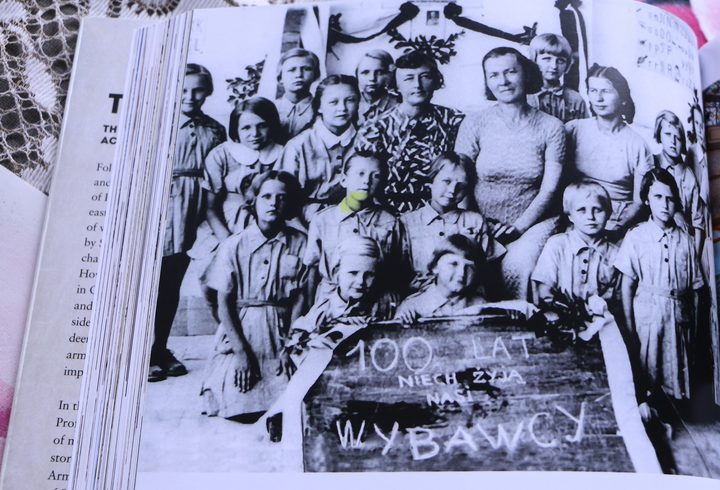 Now, they are buried here.

But Josef's family never made it. His father died en route to Uzbekistan, followed by his mother, who died from hunger. His younger brother died in Tehran and his older brother joined the British Navy.

In Pahiatua, Josef and Stefania built a family with the other orphans.

And, they've kept that connection. 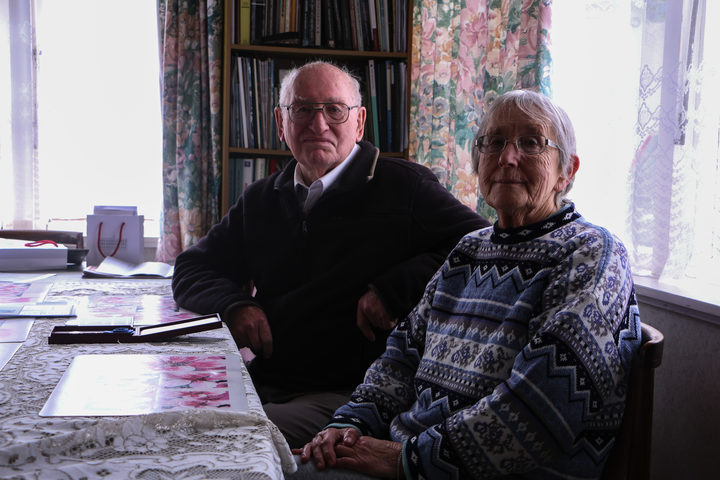 Their study is wall-to-wall with folders guarding family trees, reunion photos and, slipped into some of the sleeves, a growing number of funeral programmes.

“I find it very interesting and very challenging to find out what happened to all the children from the camp, and see how far it will take me,” Josef said.

In August, Josef and Stefania were invited to a private lunch with Polish President Andrzej Duda, where after all these years of filling folders, he was rewarded with a medal.

Mr Duda was here to talk trade and bilateral agreements with Prime Minister Jacinda Ardern, but the heart of his trip was dedicated to meeting with the former Pahiatua children.

At events over two days in Auckland and Wellington, the president dined with former refugees, handed out medals and kissed their hands.

This was a chance for the former refugees to tell their story, to feel their Polishness.

“We were brought up being Polish patriots."

“That was war and we experienced these events," says Stefania. "You wouldn’t forget it and we lived on it. And we still live on it.”

For Stefania and Josef, dining with the president was momentous. 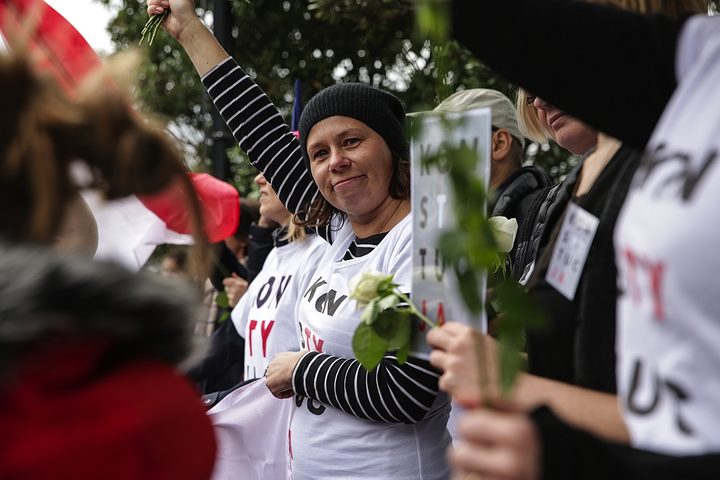 But Mr Duda is a controversial figure.

Opposition to the government's reforms and anti-immigrant stance is heating up in Poland.

And that's spilling over into the streets of Wellington, and dividing the Polish community.

The president, the Pahiatua refugees and flag-wielding protesters gathered on Wellington's waterfront on 23 August.

Mr Duda laid a wreath below a plaque commemorating the Pahiatua children.

But protestors were there for another reason.

Marcin Betkier, a lecturer in law at Victoria University of Wellington, hoped the president would hear their worries about controversial changes to the judiciary, that has forced out 40 percent of Supreme Court judges.

The government argues these judges date back to a communist era and need to go.

“Right now, that will be controlled by the party, by the majority.

“There will be a problem with whether we will have free elections in future.”

The protesters opted to demonstrate peacefully.

“We are in two minds about this because we are a community here on the other side of the world from Poland," Dr Betkier said.

"But at same time we would like to speak truth to power.”

The protesters are mostly young - a newer post-communism generation of Polish immigrants lured to New Zealand by work or love.

Marta Edgecombe has lived in New Zealand for five years, but she's scared about what's going on back home.

“There is a lot of bad propaganda against refugees which is really sad.

“It just doesn’t make sense. [Mr Duda] says no refugees from Syria and then he’s coming here and giving honour to people who are refugees.”

Kasia Waldegrade arrived in the1950s. Her aunty and uncle helped bring over the Pahiatua refugees.

The changes in Poland are “dangerous”, she said.

And, she believes it’s time Poland started taking more refugees from outside the European Union (EU).

Most, these days, come from eastern Europe, and in the past two years attitudes towards all other refugees have soured.

“They call themselves a Christian country. So show it," says Ms Waldegrade.

"I don’t mean by parading the bishops, I mean by loving the people who are in need."

Last year the EU said it would sue Poland for refusing to take their share of asylum seekers, a requirement for all member states.

But when RNZ asked the president about his government’s anti-immigrant sentiment, he said he didn’t know where that information had come from.

“It is also mistaken to try make a link between Polish refugees who came to New Zealand and those coming to Europe right now,” he said.

Polish refugees chose to come to New Zealand, whereas asylum seekers under the EU relocation plan are being forced into countries like Poland.

That is akin to enslavement, he said.

But the European Commission said Poland has breached its obligations and hasn't relocated anyone since 2015.

Now, after court action on refugees, the EU is taking Poland to court for undermining judicial independence. 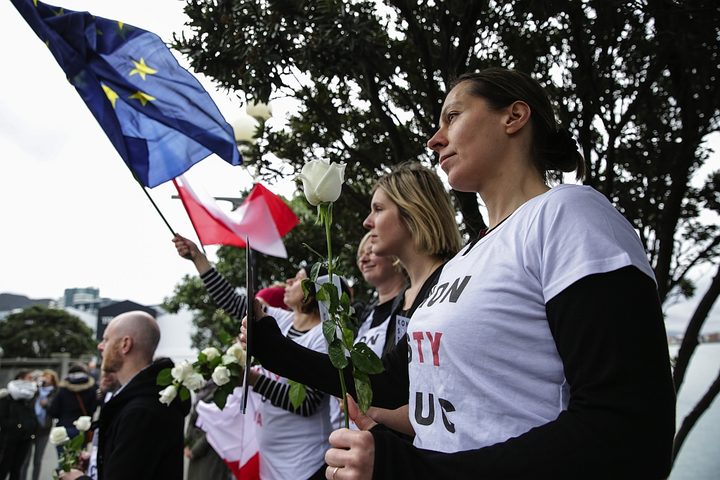 While younger generations are taking to the streets, the older refugees who arrived in the treacherous war-years largely back the president's position.

For Eric Lepionka, this is democracy playing out.

“When the politicians are elected to rule the country like New Zealand, and usually elected by a majority, then they should be respected for what they are doing,” he said.

Stan Manterys has waited his whole life for a free Poland. A Poland that can make its own decisions, whatever they are.

“I never expected to be in a situation when Poland is free and independent," he said.

“We never expected to see a president here. But today we saw a Polish president from a Polish independent state.”

And, for Josef and Stefania Zawada, the president's visit goes beyond the symbolic.

“It was as though we were constantly fighting for a free Poland. That’s why we stuck together, we belonged to things,” Stefania said.

“And now, this is actually a really lovely feeling, Poland is looking after us.”