Voices: Indians in New Zealand since 1769

In 1769, the first two Indians to set foot in Aotearoa came ashore.

This little known fact - along with many others – comes to light in a new book on the 250-year history of Indians to New Zealand and Australia, which traces the diaspora from its earliest days until now. 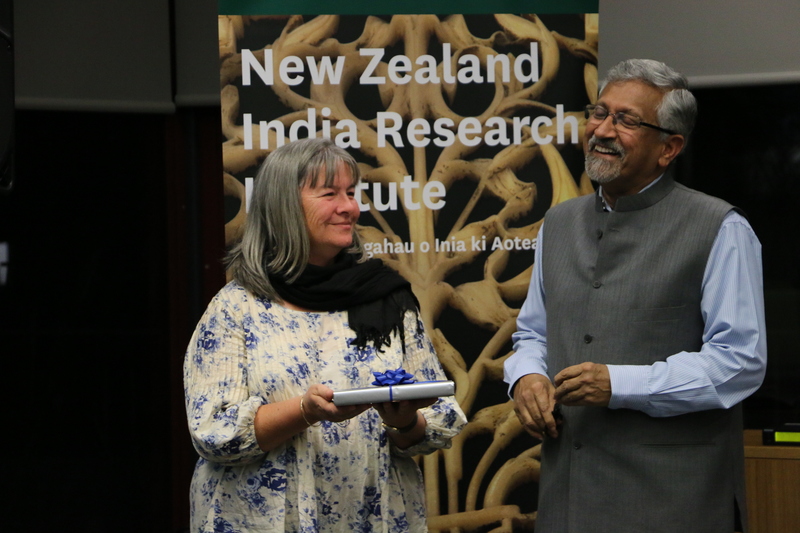 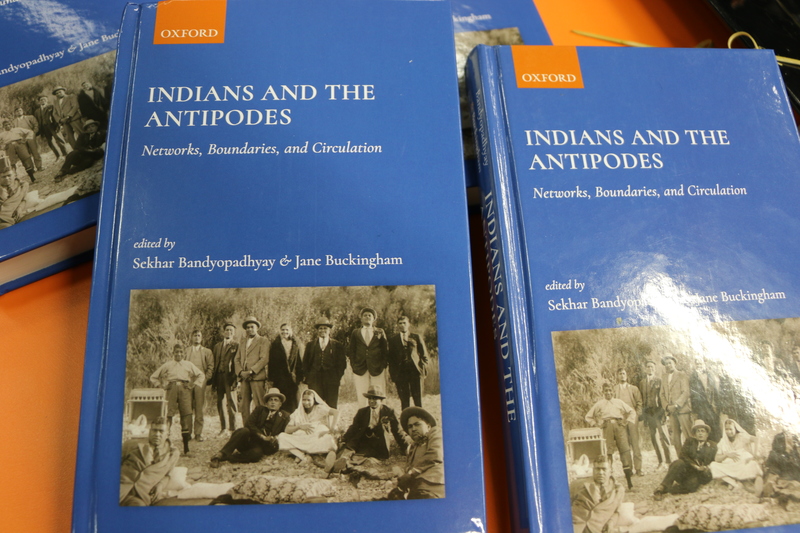 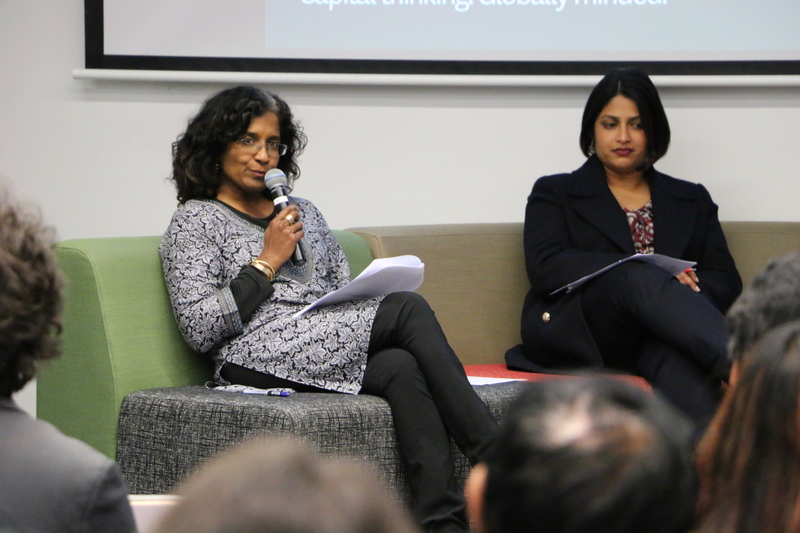 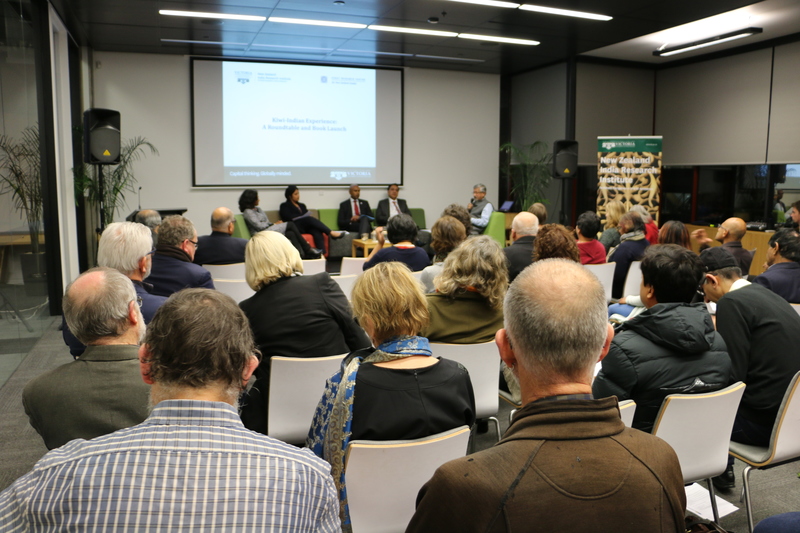 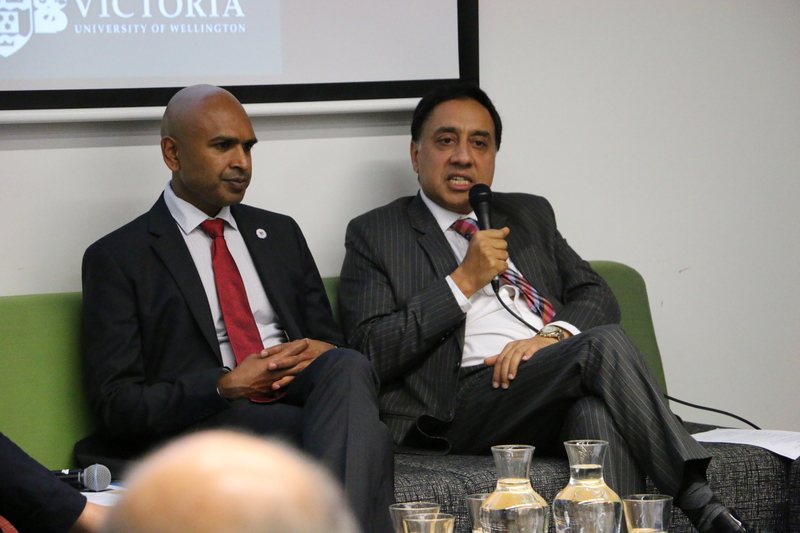 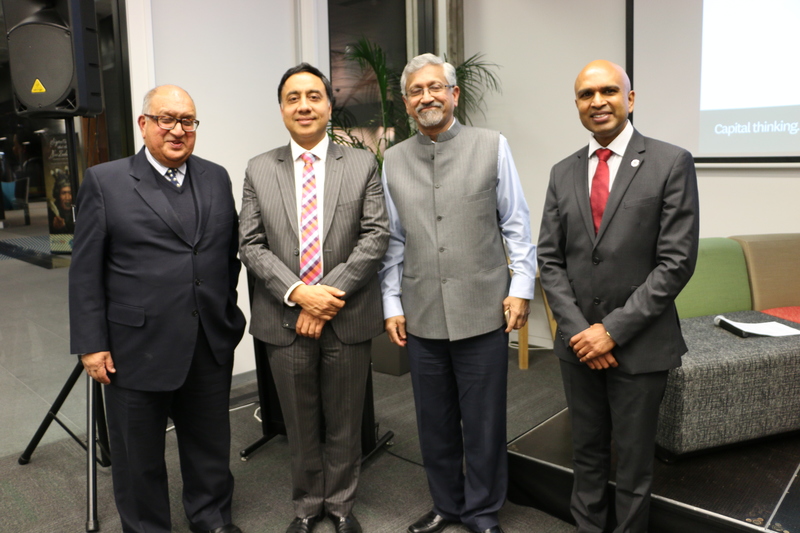 “The very first Indians to set foot on Aotearoa were not settlers - but sailors,” says Sekhar Bandyopadhyay, Professor of Asian History at Victoria University of Wellington.

Among the sailors were two Muslims, Mahmud Qasim and Nasrin, who boarded the French ship Saint Jean Baptiste, captained by Jean Francois Marie de Surville, at the French colony of Pondicherry, India.

The East India Company was carrying out a flourishing trade in the South Pacific and many of its ships were manned by Indians, used as sepoys (soldiers) and lascars (sailors).

Mahmud and Nasrin landed in Northland in December 1769, at the same time as Captain Cook’s first Endeavour expedition was leaving New Zealand waters.

Like most ships of the time, Surville’s crew was decimated by scurvy. “From here the ship went to Peru,” says Sekhar. “Unfortunately, in Peruvian waters, both of the [sailors] died of that.”

Indian sailors continued to visit New Zealand on board sealing and timber ships, but it would be a few decades before they began to settle here.

“The first recorded story of settlement can be dated to 1809 or 1810,” says Sekhar, “when one sailor jumped ship [in the Bay of Plenty], married a Māori woman and settled down.”

‘Indians and the Antipodes’

Sekhar and Jane Buckingham are co-editors of Indians and the Antipodes: Networks, Boundaries, and Circulation  (Oxford University Press 2018), the first significant exploration of the rich 250-year history of the Indian diaspora to Australia and New Zealand.

The book includes stories of the earliest sailors and labourers through to post-war professional migrants in search of better opportunities. Their experiences are set against the context of early ‘White New Zealand’ racist policies, as well as current issues that plague migrant resettlement today.

During research for the book Sekhar says it was clear that stories of the New Zealand diaspora were not isolated, but were linked throughout the South Pacific, including the early migration of indentured labourers from Fiji, New Caledonia and beyond.

Sekhar points out that “the indentured system was not slavery. After five to 10 years, these people were free.”

He explains that the earliest Indian settlers coming to Australia or New Zealand during the nineteenth century “were migrating and circulating under the imperial network,” as they were citizens of the British Empire and could freely move around.

There have been waves of Indian migration to Australasia. There was a further significant migration of Indians after the World War II, while today many are arriving as international students.

Circulation and identity are themes that run through the book.

“The Indian community is very diverse,” says Sekhar. “They speak many languages, follow many religions, and come from a subcontinent as big as Europe in size.”

“In spite of that they share a dual-identity. They want to keep the linkage to their culture, but they want to integrate.”

At the recent launch of the book at Te Puna Mātauranga o Aotearoa, the National Library in Wellington, prominent Indian New Zealanders reflected on issues of "contemporary identity" and voiced what they see as the biggest challenges facing their communities today.

“I think the key issue is one of identity,” says Shila Nair, co-founder of the Shakti Ethnic Women’s Refuge. She sees the identity issue as intergenerational, as relevant to fifth or sixth generation Indian New Zealanders as it is to new migrants.

“For each of them, the issues of identity is a huge one. It can be quite complex for Indians living here.” 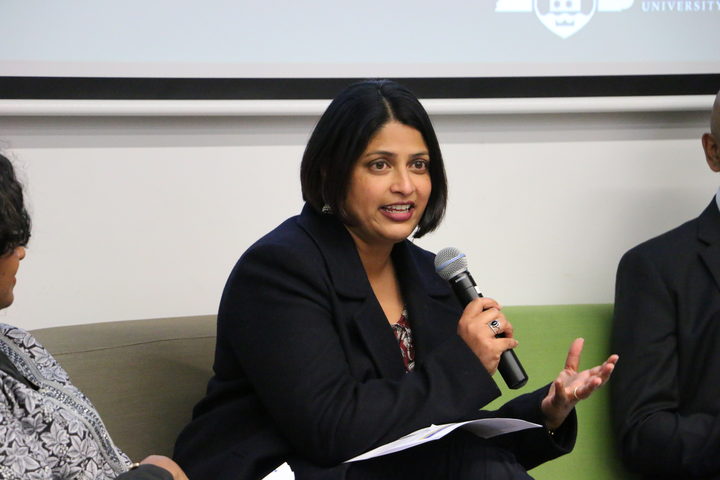 Priyanca Radhakrishnan, Labour List MP for Maungakiekie, is critical of what she sees as the marginalisation of New Zealand Indians because they are visibly different.

“Who is a ‘New Zealander’? It hurts, it’s tiring, a little bit of a slap in the face. Because the assumption is ‘you don’t look like what a New Zealander should look like.’”

Priyanca says that it was suggested she consider changing her surname from Radhakrishnan to her husband’s name of Richardson during the previous election, because it would be easier for people to say.

“I’m ashamed to say that I thought about it for a split second.”

She asked for advice from now-Prime Minister Jacinda Adern, and says that Jacinda asked her how it would make her feel. “Like a sell-out,” Priyanca recalls. “So I didn’t do it.”

Priyanca is clear that racism is a barrier.

“Look at decision makers at any level. Our communities are being woefully under-represented. [And] if you’re not at the table where decisions are being made, then decisions are made for you.”

While the Indian community is now one of New Zealand’s largest ethnic groups, the country’s changing demographics means there are 230 different diverse ethnic communities living here.

“Migration has been so substantive. We’ve had more migration in the last 10 to 15 years than ever before,” says Inspector Rakesh Naidoo, Strategic Advisor for Race Relations at the Human Rights Commission.

“I think it’s important that government policies and advisors take note. How do we make our communities feel more included? From a government policy perspective, we need to be investing a bit more.”