A traditional Māori greeting, the hongi, had Fernando de Jesus, a refugee from Colombia, almost in tears. “The hongi is such a unique greeting. It is so wonderful, reverent and moving!”

It happened during the year-long ‘Tikanga Māori’ project, designed to help refugee resettlement in New Zealand by connecting refugees to their local Māori community, culture and history.

Fernando’s experience touched not only him, but also Waiwhetū marae’s kaumātua and kuia.

But while refugees and Tikanga Māori organisers say the project has been a resounding success, it has run out of its current funding. Those involved are now calling to make the initiative sustainable, a permanent part of refugee resettlement that could also be open to new migrants. 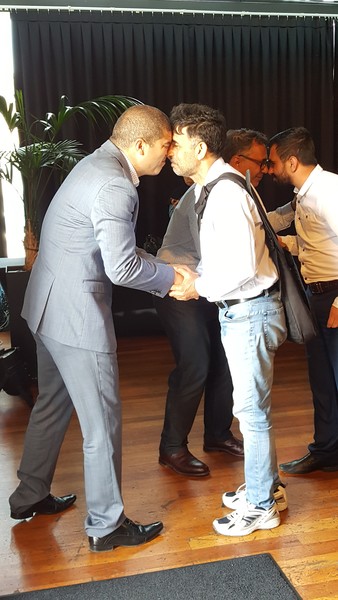 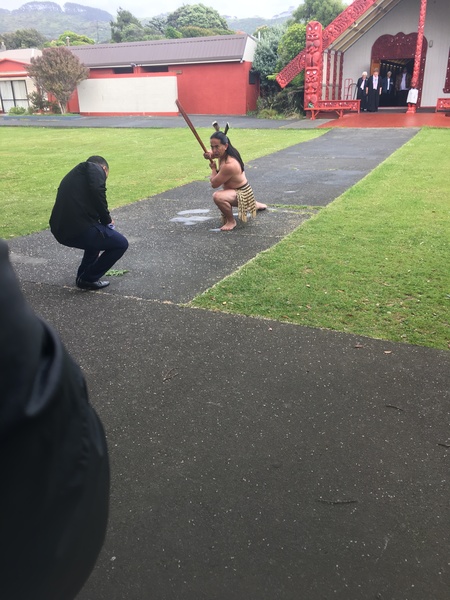 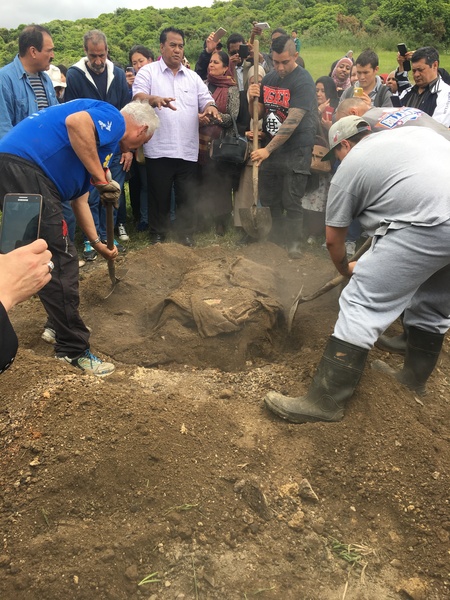 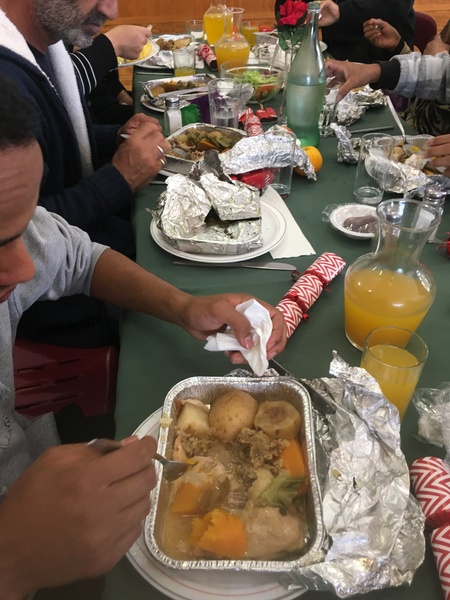 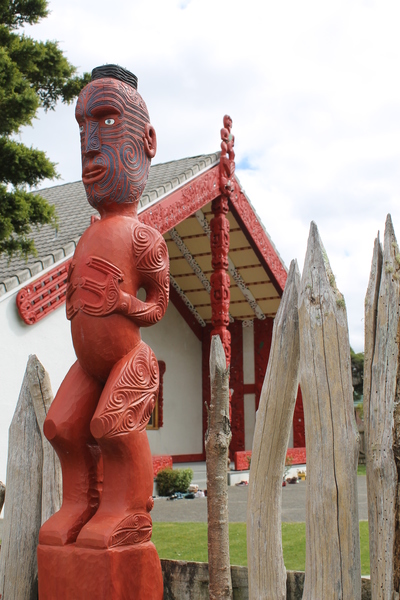 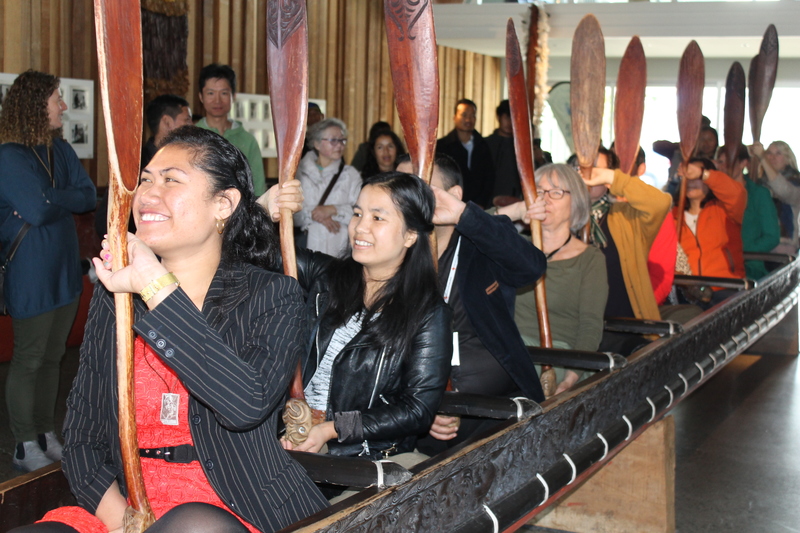 Aboard the taonga waka at Waiwhetū Marae. Photo courtesy MClaSS 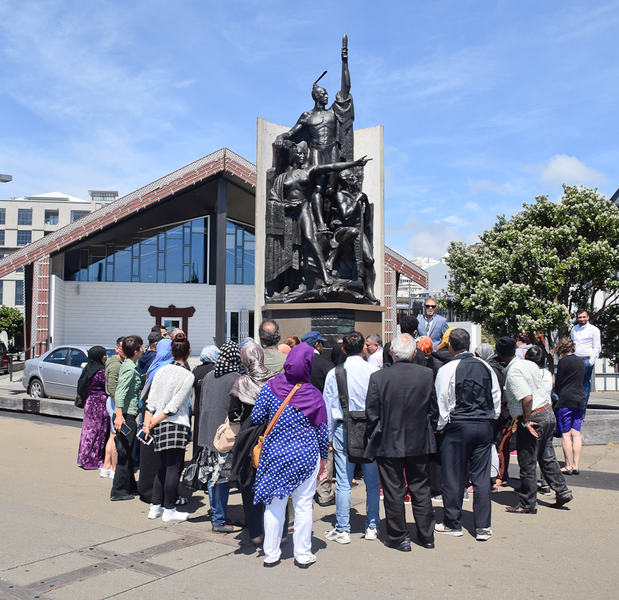 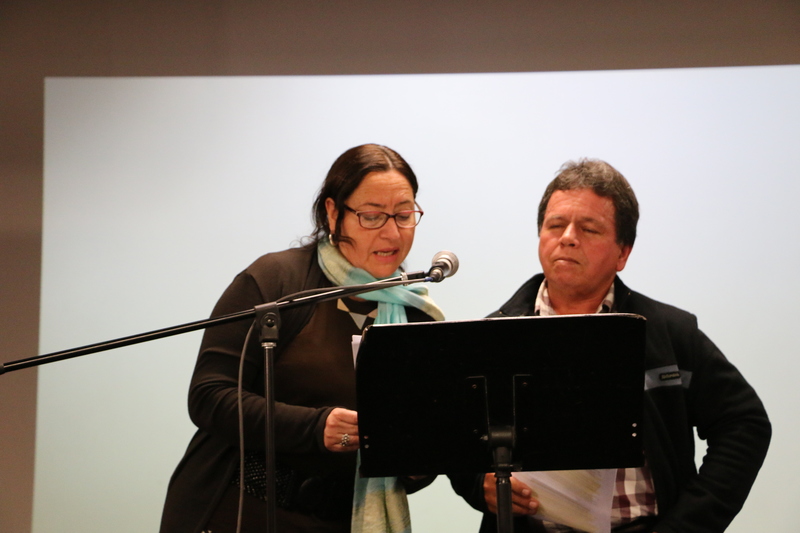 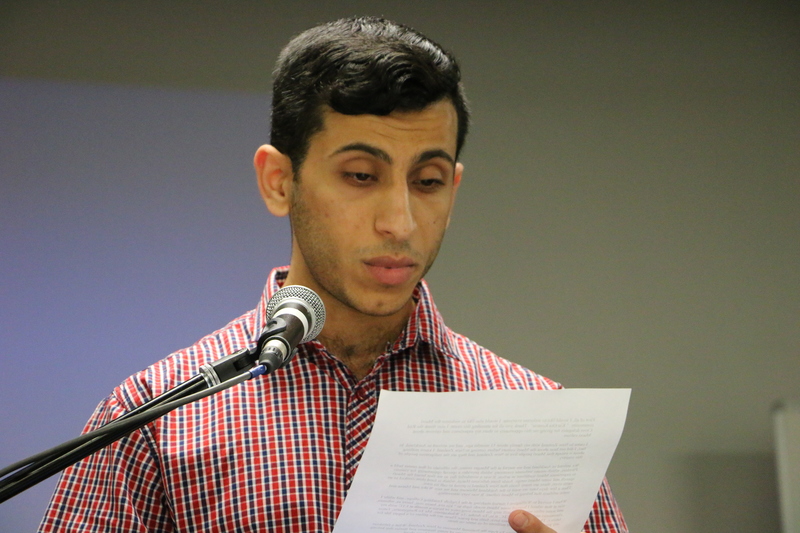 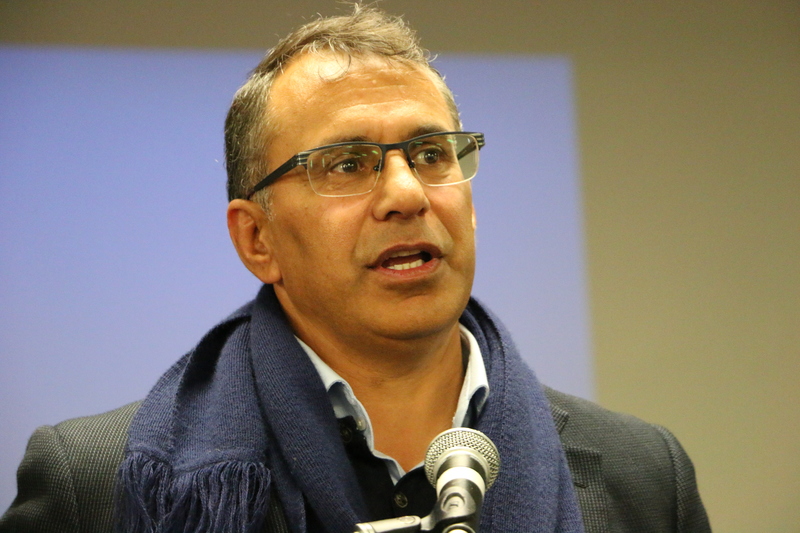 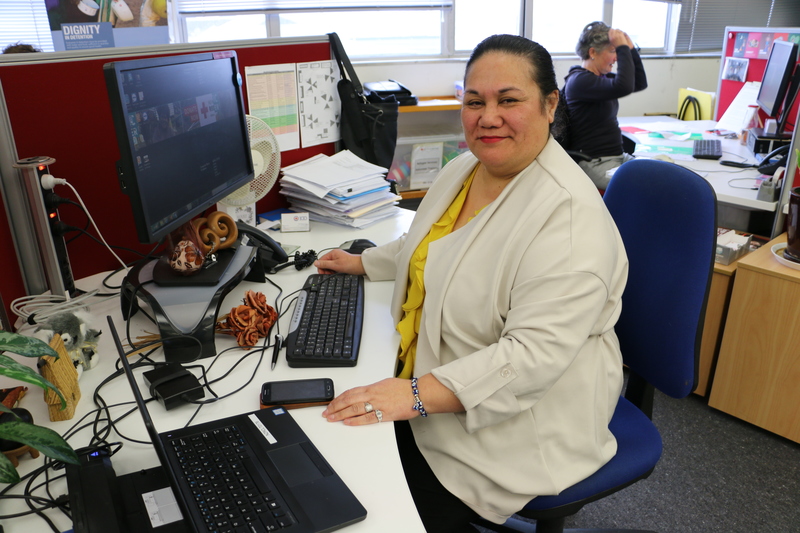 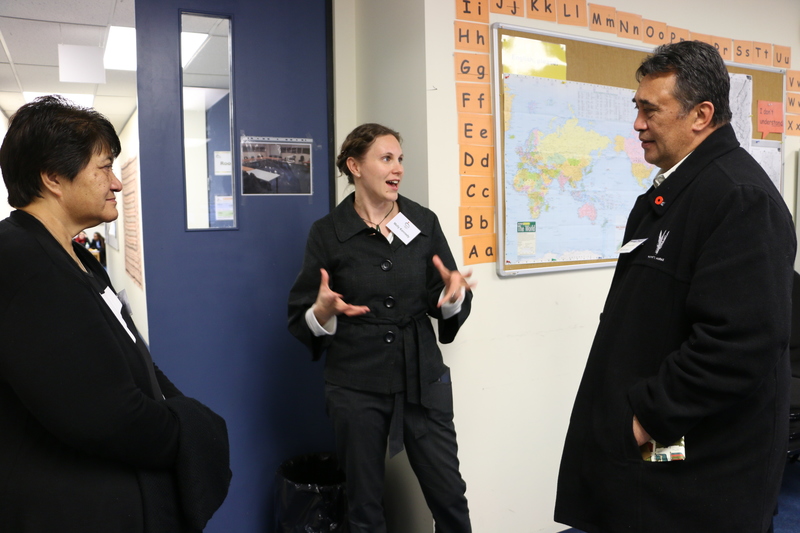 Many refugees who come to New Zealand under the annual quota system are settled in Wellington. In 2016, three organisations in charge of refugee resettlement in Wellington - Red Cross, Multicultural Language and Support Services (or MCLaSS) and ChangeMakers Refugee Forum - got together with three local iwi to initiate the ‘Tikanga Māori learning project.’

Fernando was one of more than 450 refugees who participated in the year-long project, which was funded by Adult Community Education (ACE) Aotearoa. They provided around $40,000 to enable the Tikanga project to be developed and then implemented.

The word tikanga essentially means ‘the Māori way of doing things.’ The project involved transporting groups of former refugees and staff from the three organisations to three local marae in the Wellington region. Participants would spend a day experiencing and learning about local iwi history, values and culture. This was followed up by tikanga workshops within the MCLaSS curriculum.

Red Cross spokesperson Marie Retimanu-Pule says “this has been an important project to bring us together.”

Matiu Julian, a ringawera (facilitator) from Te Wharewaka O Pōneke, agrees. “Collaboration is the only way to go. It makes sense to bring us [organisations and iwi] together and work as one.”

Red Cross recently hosted an iwi event to mark the end of the Tikanga Māori project, and Fernando was one of the speakers.

“I would like to share with you how I felt when I visited the marae in Porirua.” says Fernando of his visit in 2017. “I felt very much respect for that sacred place, where people meet as a community.”

“Hearing about the Māori customs, traditions and religious beliefs brings us closer. This knowledge fills me with respect for Māori. It’s all very new to me.”

Also speaking at the iwi event, the Mayor of Porirua, Mike Tana, says that continuing Tikanga Māori is vital for future successful refugee resettlement. There are also calls to make Tikanga Māori available to new migrants as part of their resettlement process, too.

“I think the word tikanga makes a huge amount of sense,” says Mike Tana. “Iwi have that responsibility, one to welcome people in, and to protect them within their rohe [basket].”

An evaluation report on the Tikanga Māori project, published earlier this year, highlighted the success of the project. Over a hundred more people participated than originally anticipated, with invaluable connections made between previously isolated groups of former refugees with their local Māori community.

The report recommended that Tikanga Māori continue as a sustainable long-term project, but there is currently no funding available.

Changemakers Refugee Forum works with former refugees to help them participate fully in life in New Zealand. Spokesperson Ellie Clayton says it is vital to connect former refugees to their local community, but especially to the tangata whenua.

“The refugee background communities we’re working with really appreciated the chance,” says Ellie. “Some of them having lived here for 10 years – not having gone to a marae, not having learnt about the tikanga of Aotearoa. For them it was an extremely valuable experience. If we want former refugees to live here and build a community – they have to have those links.”

So why is community such an important part of successful resettlement?

“We know that community is key for people to have a good life,” says Ellie. ‘You can’t just be dropped into the middle of New Zealand and just get on with it, and find a job and be fine. You need that community support, everyone does.”

To help find those jobs, MCLaSS provides employment support and adult education, including English lessons. Molly Kennedy, the Chief Executive of MCLaSS, explains to Waiwhetū Marae kaumatua Konga Reriti and his wife Robyn how practical their language classes are, teaching refugees skills such as how to catch a bus or how to pay a bill.

“That introduction is so important, that sense of belonging,” says Molly. “The visits to the marae were the cornerstone of this project because of that important connection to manawhenua.” 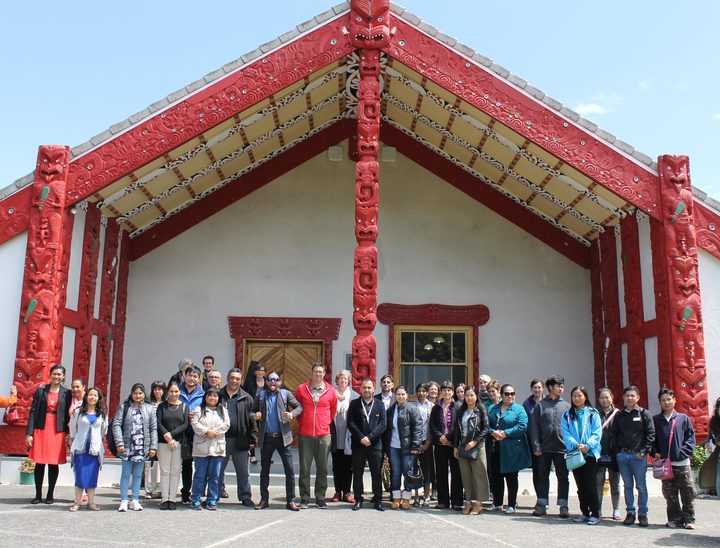 Konga replies that it is not just good for the refugees. He says it’s been essential for his Lower Hutt marae, Waiwhetū, and the two others that are mana whenua in the Wellington region: Te Wharewaka o Pōneke, in Wellington, and Takapuwahia in Porirua.

Konga says that for the mana whenua it was about much more than just ‘Māori classes’. It was about manaakitanga, which means hospitality, kindness, generosity, support, and the process of showing respect, generosity and care for others.

Former refugee Husam Alboghobeish arrived in New Zealand only seven months ago, and missed out on the Tikanga Project.

His only experience of Māori culture was an initial visit to Auckland Museum during his six-week stay at the Mangere Refugee Centre. But Husam says he would be very keen to participate in any future Tikanga Māori programmes.

“Even if we have a different culture, love and humanity unites us together.”