Give it a go! It's Chinese Language Week 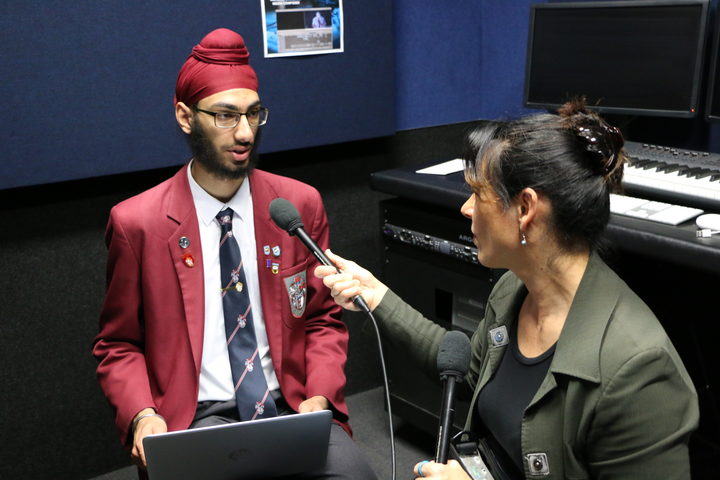 “I went to China with my dad who was there for work. I was walking along as his interpreter, talking to taxi drivers about where you want to go or how much it will cost. You really realise how difficult it is without the language. He tried getting in a taxi by himself. He couldn’t do it. The taxi driver kicked him out!”

It’s Chinese Language Week and students from across Wellington are sharing how and why they’re choosing to learn more about Chinese language and culture.

Trilingual Manraj can speak fluent Punjabi, English and Mandarin. He’s been studying Chinese for the last seven years at Scots College. “Chinese presented itself as an opportunity to me quite early on in my childhood and I took it on as a chance to broaden my horizons.”

In order to survive in today’s global markets, it's important New Zealanders become more culturally competent. Chinese is now the most popular foreign language taught at schools across the country.

Rebecca Needham is the new Director of the Confucius Institute at Victoria University.

“The Confucius Institute’s Mandarin Language Assistants (MLA) programme nationwide has played quite a large role in the growth both in primary and secondary schools. We have three Confucius Institutes in New Zealand. Each year we bring out nearly 150 MLA’s and deploy them across over 400 New Zealand schools.”

“We want to help New Zealanders [to] engage in a more informed way with China.”

“New Zealand is one of the first countries to have Chinese Language Week on a national level. I think it’s a reflection of the steady increase in awareness about the importance of China to New Zealand’s future.” 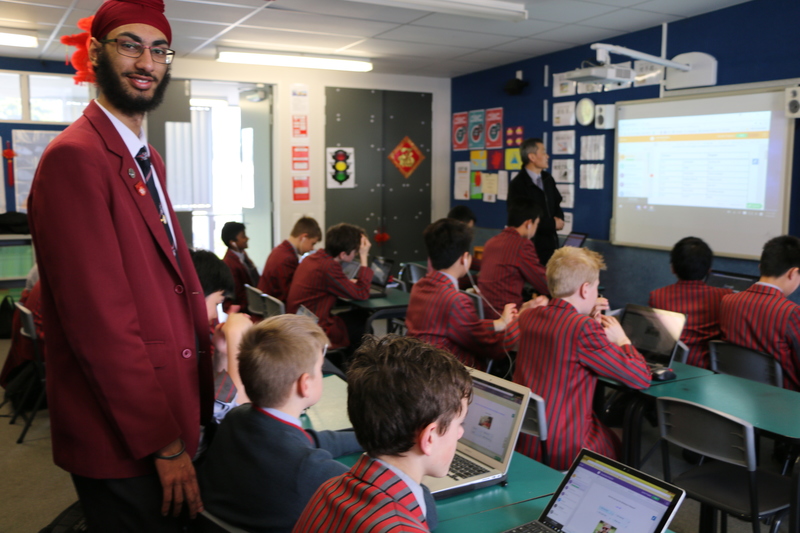 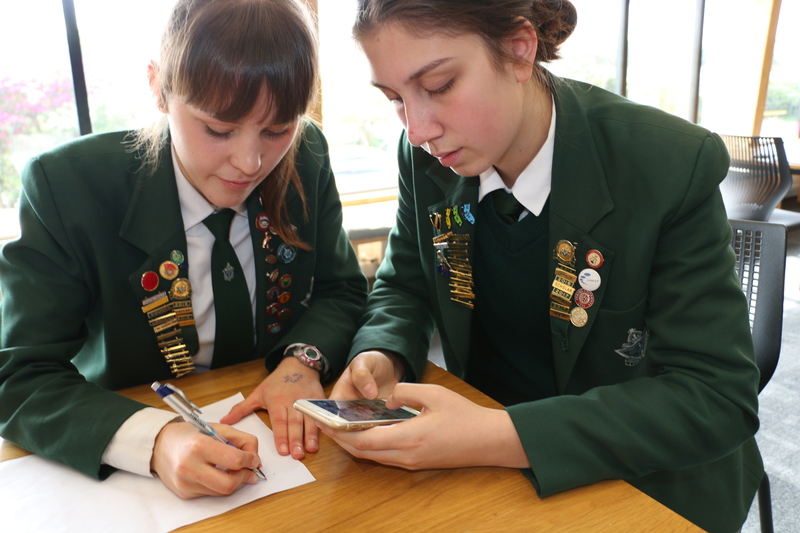 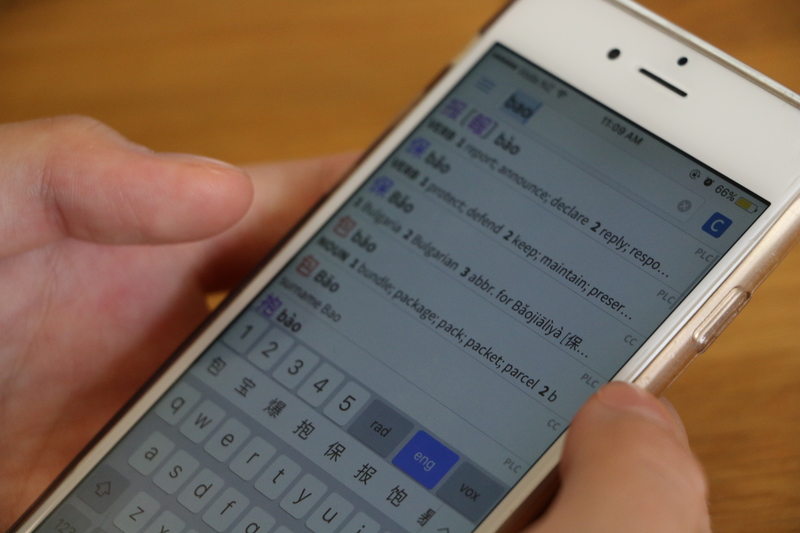 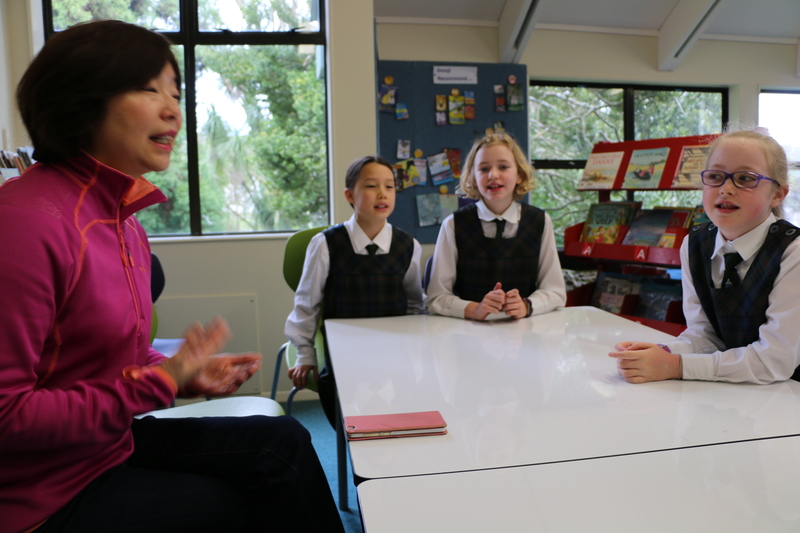 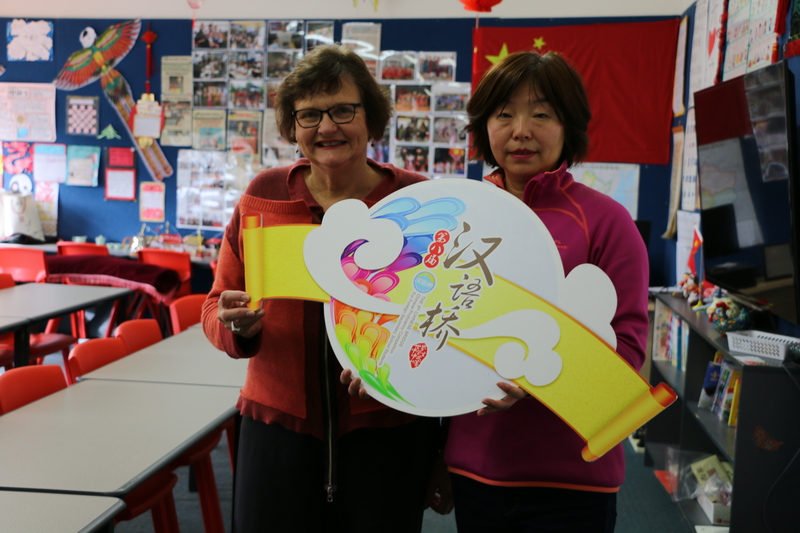 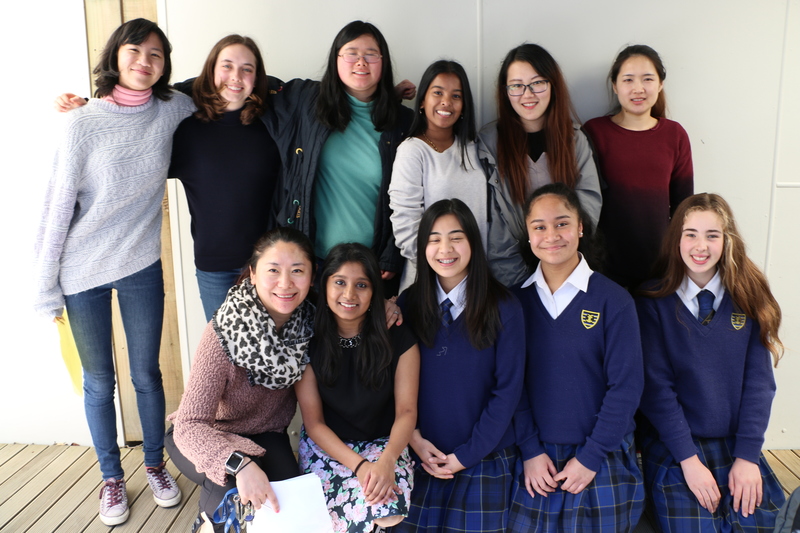 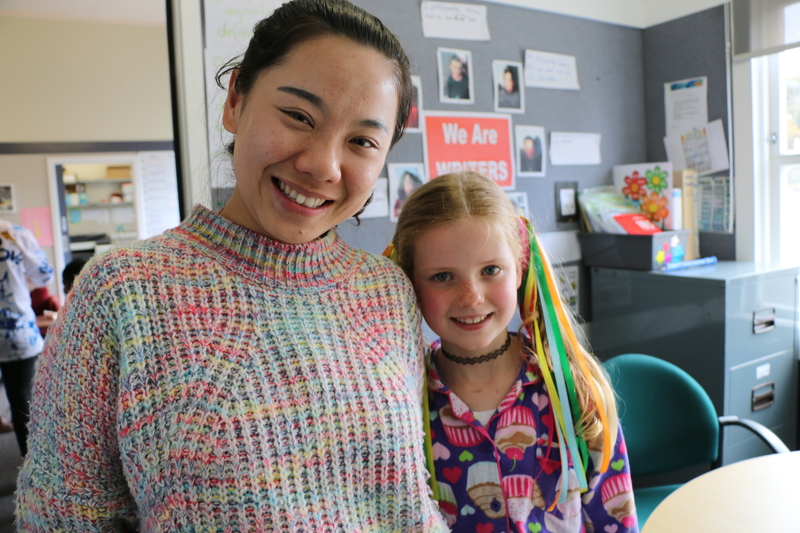 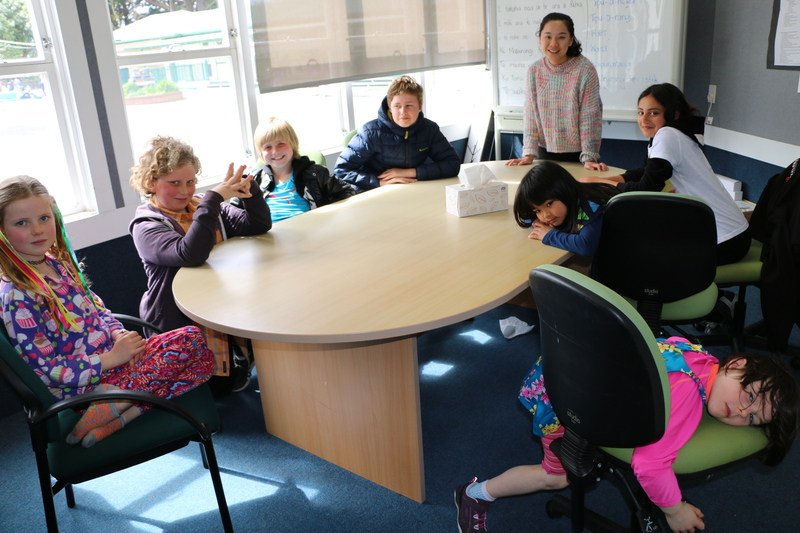 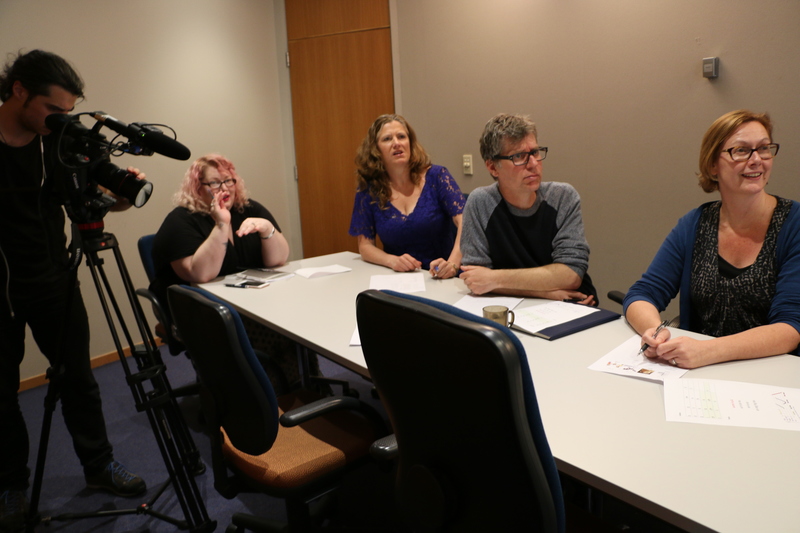 Since 2015 there has been a 60% increase in Chinese language being taught in schools across New Zealand, Needham says.

“According to the Ministry of Education, enrolments of students learning Chinese at primary schools [Years 1 to 8] has now reached 52,669. Chinese has now become the most popular foreign language taught in New Zealand primary schools. There’s a similar trend in secondary schools.” 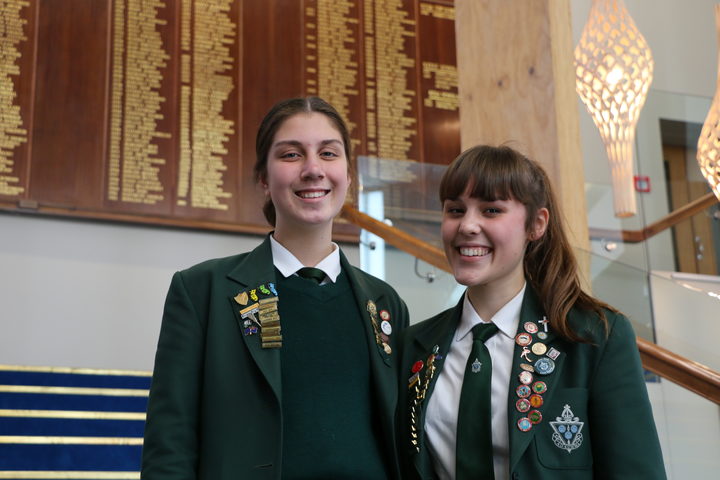 “China has the largest population in the world. We have so many Chinese living in New Zealand now. It’s important we embrace their culture. It’s such a useful language to learn. Learning Chinese can open up so many opportunities.”

Marsden’s other Mandarin Superstar Annabel Jessop grew up in Taiwan.

“I started learning Chinese from the age of seven. When I came back to New Zealand I started taking up Chinese classes. Chinese is such a useful language. In today’s world so much business is focused around China. [Understanding] cultural differences between the two countries is very valuable.”

Amy and Annabel star in the “Five Days, Five Phrases Challenge” video by the New Zealand Chinese Language Week Trust, which is supported by a number of organisations including the Asia New Zealand Foundation and the Confucius Institute. 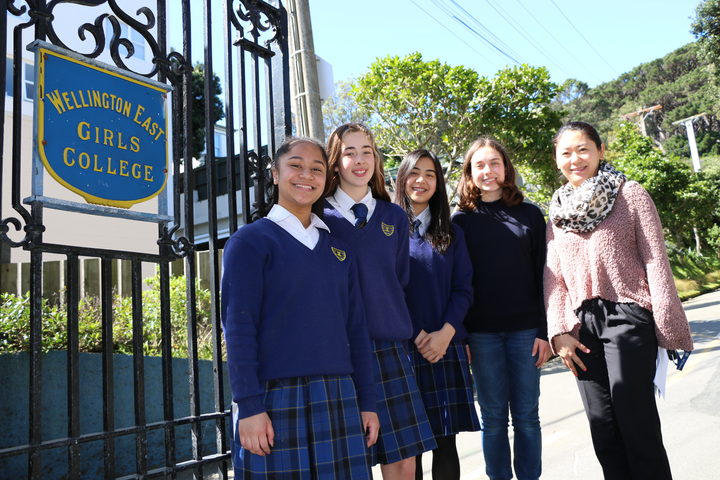 This week two senior students, Caitlin Walker and May Sribunwongsa from Wellington East Girls College, will represent New Zealand at the biggest Chinese language competition in the world.

The Chinese Bridge Competition in Yunnan Province sees 316 foreign secondary school students and teachers from 96 different countries vie with each other over an intense two-week competition.

Their Chinese language teacher Karen Hu sees this as an amazing opportunity for the girls.

“They’ll be able to pick any top university [in China] they like. For Chinese, it’s like our life dream whereas New Zealand students can pick where ever they want to go, and everything is paid for.”

Back at Te Aro Primary School in Wellington, blonde, blue-eyed Lucy may only be eight-years-old but already her command of Mandarin is impressive. She’s one of many children at Te Aro School learning Chinese under their MLA tutor Jingwen Zhang.

School Principal Sue Clement says that in 2009 the school board wanted to explore how they could help their students become “global citizens.” 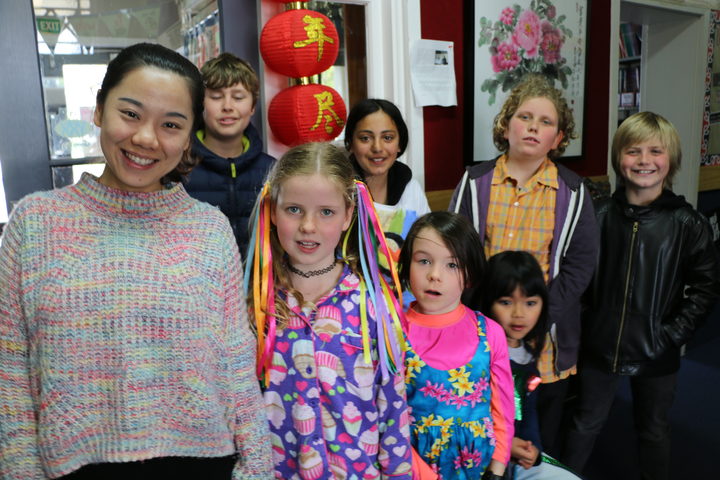 “They decided to introduce Chinese language and cultural classes. Over the years it’s been extended (across) the school and we’ve been able to strengthen through the Confucius Institute with an MLA. Each year we’ve been lucky enough to have a new assistant join us. We’re going for a two-week focus for Chinese Language Week and we have a “Mandarinathon” – to support learning at home. There’s great enthusiasm to learn Chinese, we celebrate that.”

And that enthusiasm comes from something we can all relate to. When I asked the children at Te Aro School why they love learning Chinese, their answer was immediate:

“For the food, for the dumplings!” (of course).

Keeping to the food theme, we’ll leave you with a common phrase of encouragement in Mandarin to help you along the way during Chinese Language Week: “Jiā yŏu!” (Add oil!).