It actually was a synonym for “poverty” in the Oxford Dictionary in the 1990’s. Ethiopia was the example for poverty. I was shocked.

What does it mean to be a Tigray Ethiopian New Zealander? English is a second language for many of the older generation so Thomas, a 16-year-old Wellington born Ethiopian helps his “aunties” explain during their auspicious Ashenda festival in the Capital. 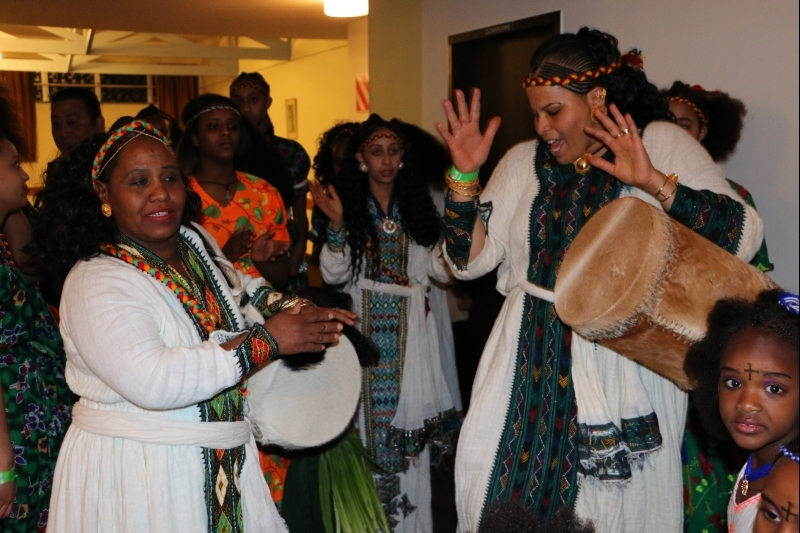 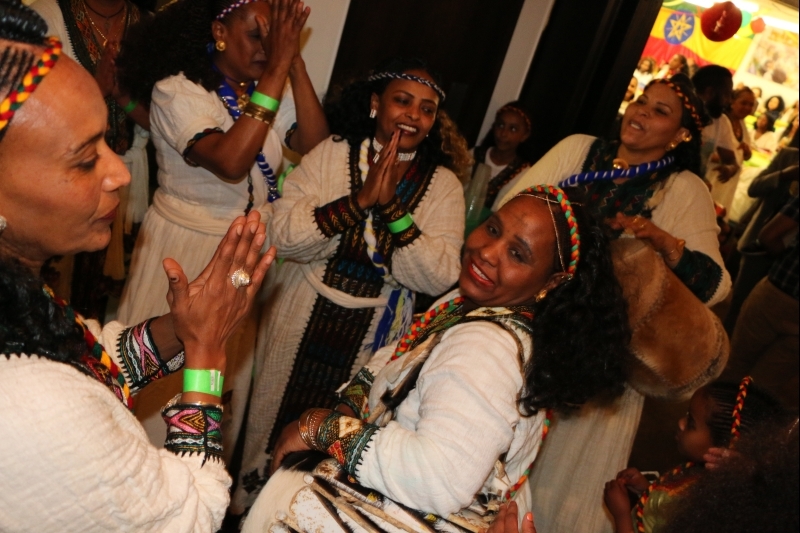 Women lead the procession into the venue 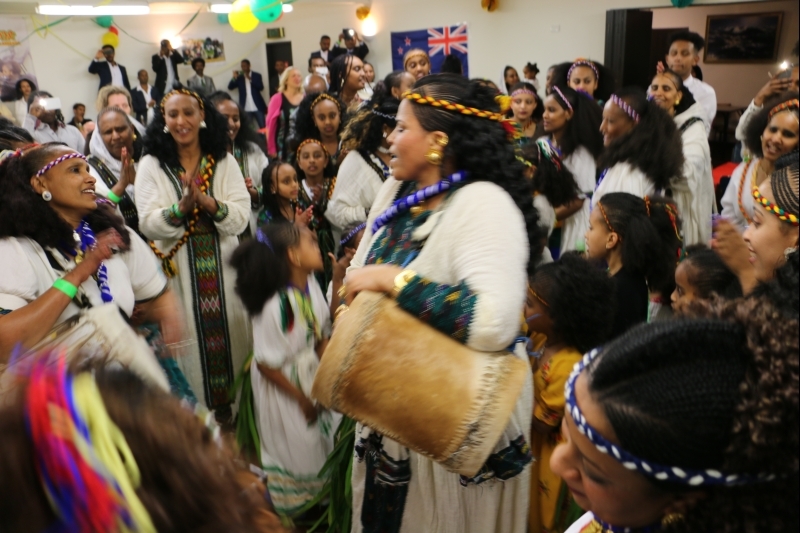 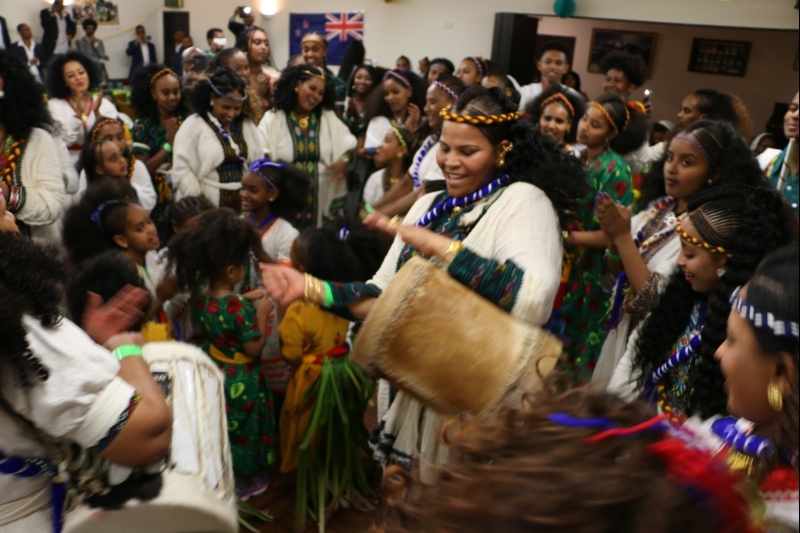 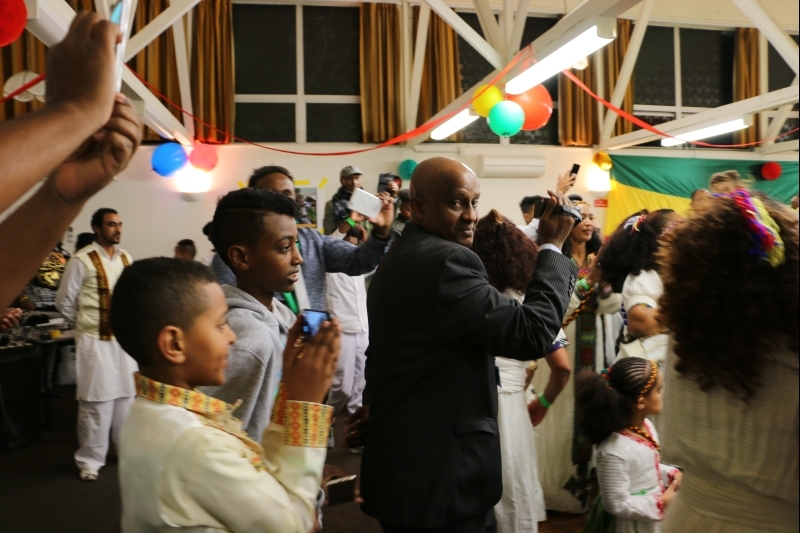 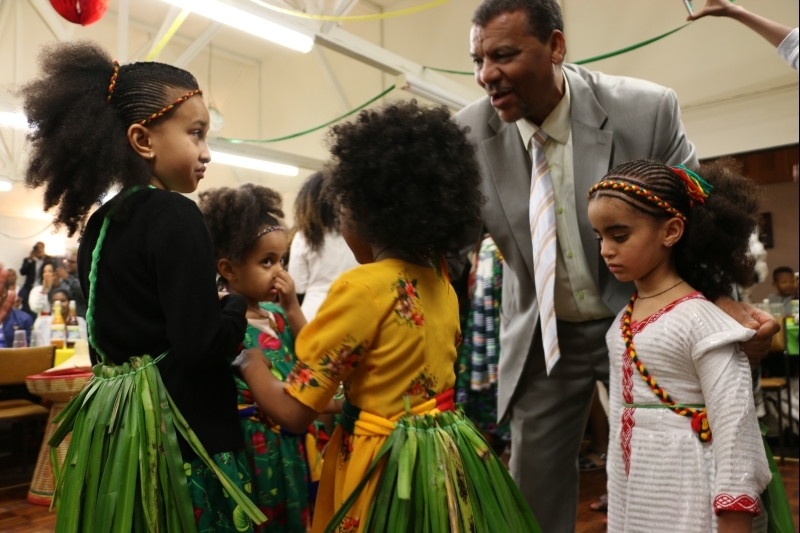 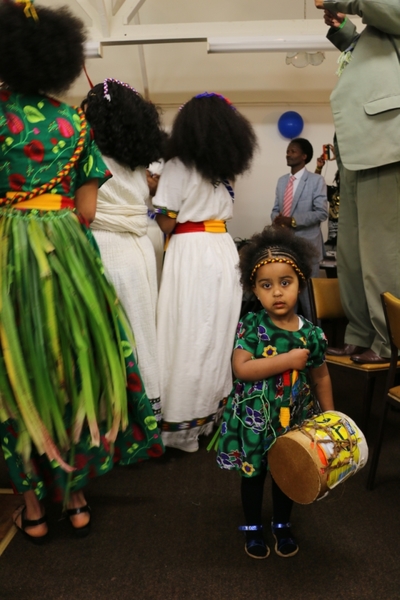 A child in traditional green. 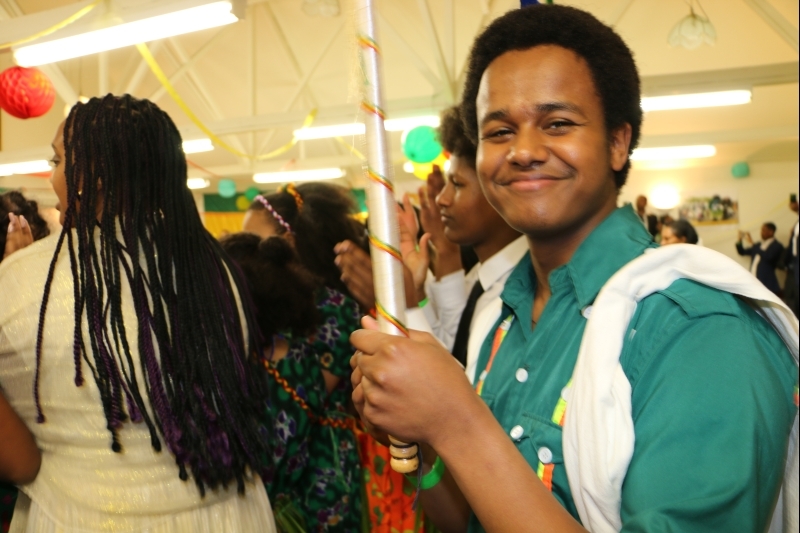 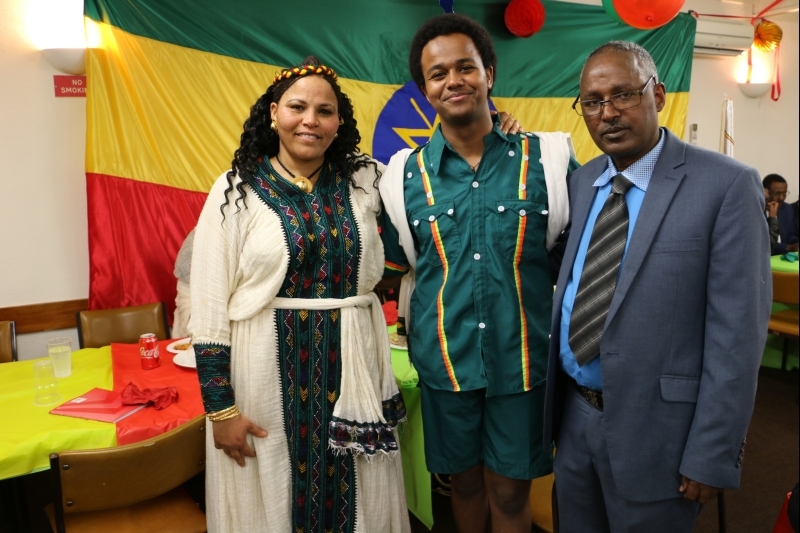 Thomas Gebremichael and his proud parents. 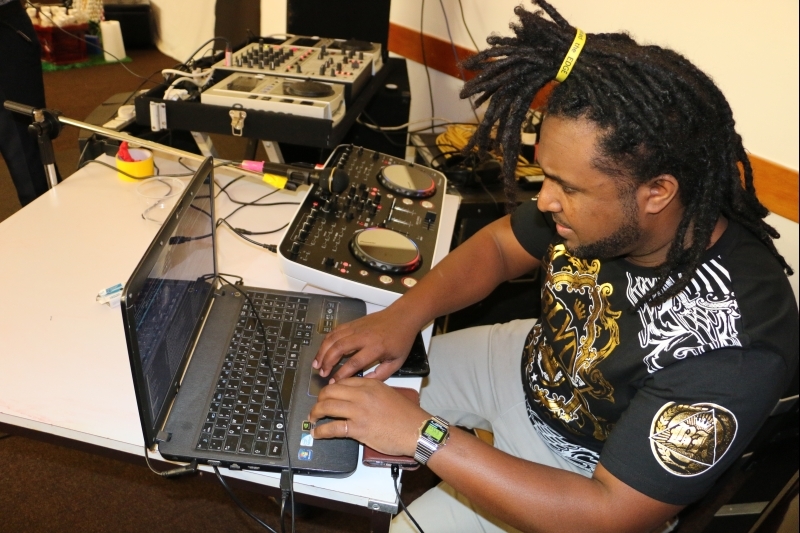 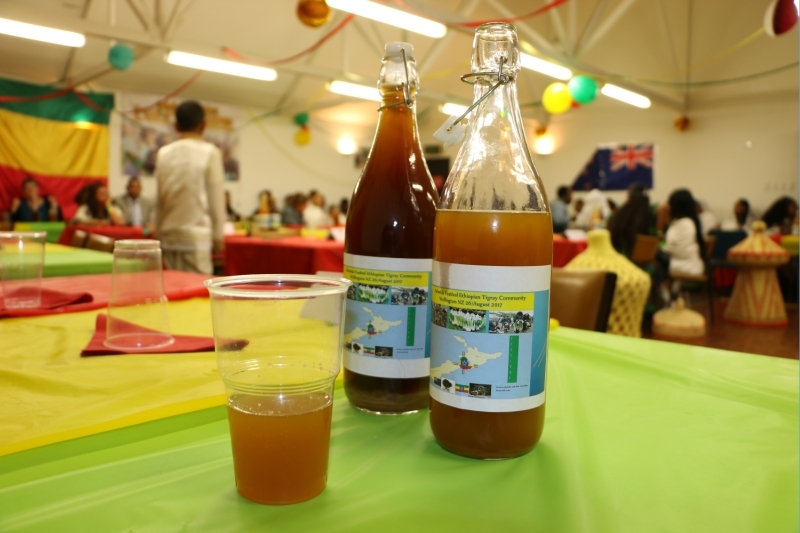 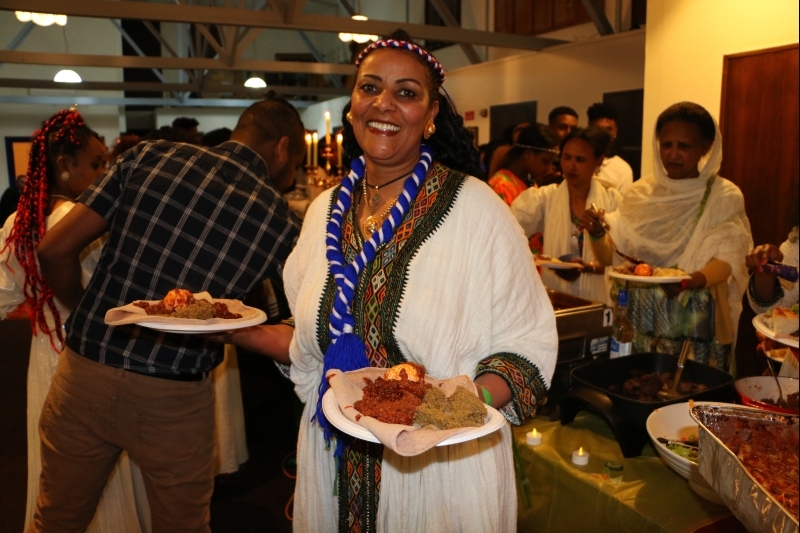 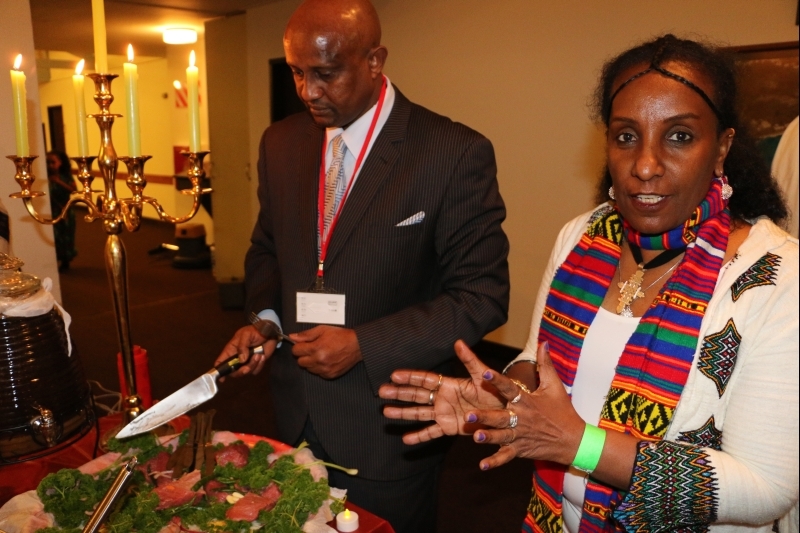 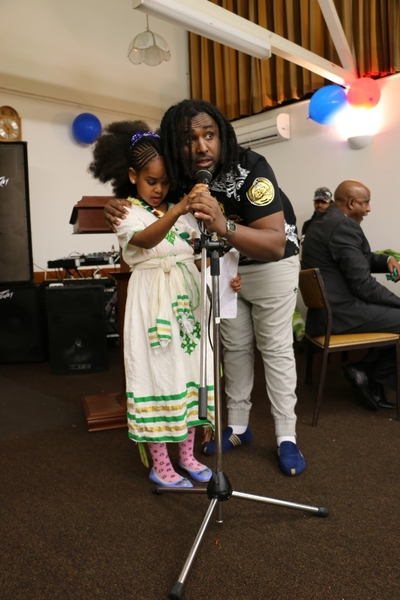 A girl from Auckland gets ready to speak. 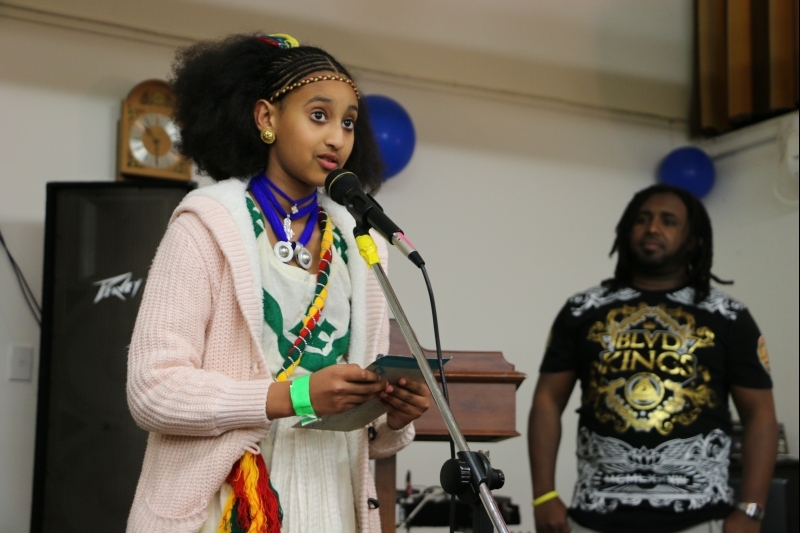 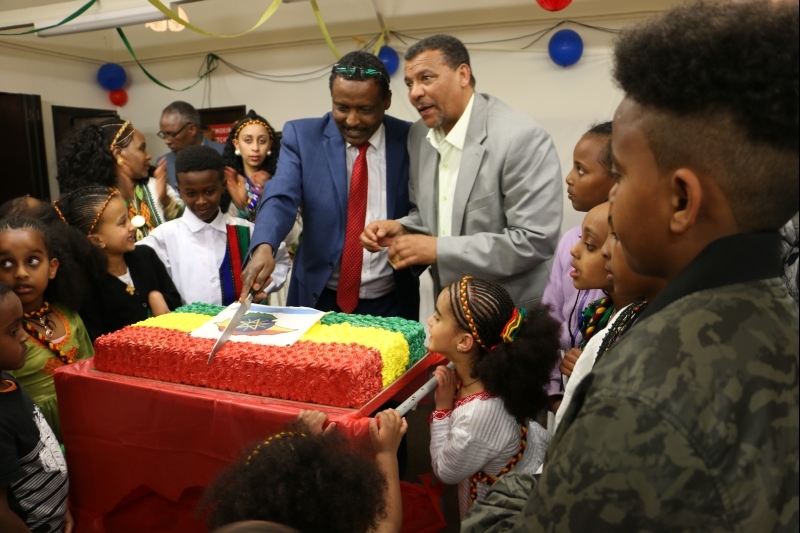 “Alelelele…!” – Ecstatic ululations and shrieks of joy erupt through the smoke as it wreaths around women and girls beating drums and leading a procession into the Masonic Lodge in Wellington.

Around two hundred Ethiopian New Zealanders have gathered to celebrate their “new year”, or Ashenda, a time devoted to the celebration of women’s empowerment.

This Christian festival honouring the Virgin Mary is held each August and marks the end of a two-week-long fast known as Filesta. Ashenda means "tall green grass" and girls wear this around their waists.

The festival is a special celebration for the Tigrayan people of northern Ethiopia, home also to the Irob and Kunama people.

The Federal Democratic Republic of Ethiopia is a landlocked nation in the Horn of Africa. It has a population of over 100 million, the majority of them belonging to the Ethiopian Orthodox Church. Ethiopia has suffered civil war, conflicts and famine over the last century but has since recovered and now has the largest economy in East and Central Africa.

Ashenda is Aunty Azeb’s special night. She’s been waiting all year for it. Azeb Ghebremiskel is a Tigrayan migrant and taxi driver based in Wellington and her husband Kiubeal was a refugee from Ethiopia. They met and married here.

Ashenda means just for ladies playing. I remember I was little, waiting for long, for one year. But at that time very excited.

Thomas’s mother Hiwet sweeps past at the head of the procession. She passes Azeb her drum and then Azeb leads, ululating, beating the drum, followed by swaying grandmothers, aunties, mothers, sisters and daughters.

The older women wear long white garments with ornate real silver brocading while the younger girls are dressed in colourful green with Ashenda grass around their waists. Every woman and child has her hair elaborately braided with red, green and yellow, the colours of the Ethiopian flag.

Temesgen is the DJ at the event.  “We have our own vibe in the music. We have Tigranian dance, different kind of beats in the country, all over. We have Ashenda, empowering women so we have Ashenda songs. We fast two weeks [then] celebrate.”

Proudly looking on are dad Takie and mum Hiwet. They are former refugees who fled Ethiopia’s civil war with their eldest child almost 20 years ago; their other five children were born in Wellington. Thomas is the middle child.

Thomas calls himself a “Kiwi Ethiopian” and wants to study law at Victoria University. He feels that mainstream media has negatively stigmatised Ethiopia, the country of his cultural heritage, since its historic strife. “It’s recovered like no other country. It comes to show, regardless of whatever happens, Ethiopia has been able to restart and regenerate its wealth.” 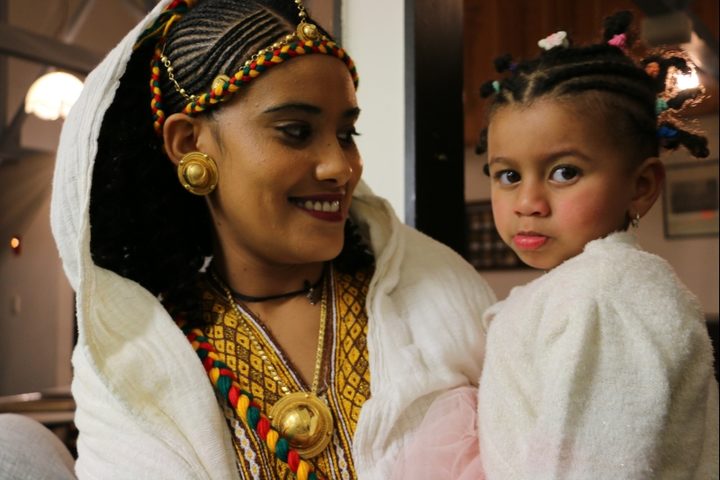 “Ethiopia is made up of 87 ethnicities and twice as many dialects. There’s sometimes rivalry between the groups, but it’s healthy.”

Aunty Atsede explains their cuisine as everyone lines up to eat. Numerous spicy meat stews (excluding pork) called wat, are served atop injera, large sourdough pancakes made out of fermented teff flour.

She demonstrates scooping up the wat with injera. They eat with their right hand. Large glass containers hold their famous mildly alcoholic tej or honey mead. At the end of the table, the crowning platter sports large slabs of raw prime beef.

“This is our very traditional raw meat. We eat it raw. We slice small and dip it in the chilli sauce. It is a delicacy in Ethiopia.”

“This time in Ethiopia is very green,” says Aunty Atsede; “the girls and young women wear green because it represents the coming of spring.”

And what does “Ashenda” mean to Thomas’s 13-year-old sister Mahadere and cousin Tsedinia?

“I don’t really know much about it,” she giggles, “They made us, like, dress-up and stuff. Because we’re children, we’re just expected to wear these dresses. Well maybe it’s like a sense of growth, they wear white. It shows that they’re grown. Green because we’re just starting out, we are “low” –

“Yeah,” agrees Mahadere, “more like, coming of age. That’s the way to explain it.”