'Better received, better treated and a better understanding of Māori'

In Voices this week we asked what immigration might look like if Māori were more involved in the process. 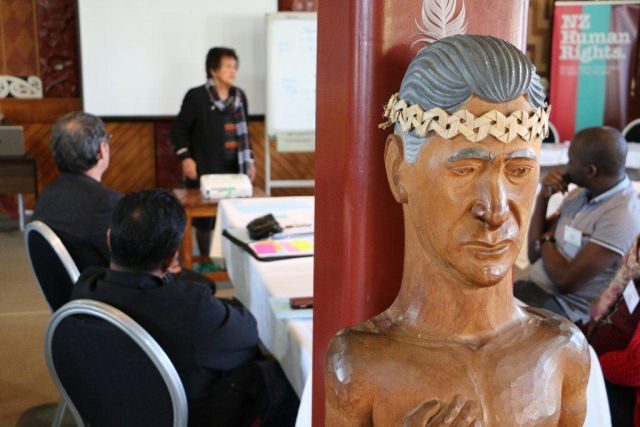 Election Day is looming and immigration has again resurfaced as one of the hot political topics.

It underpins debates about housing, transport and infrastructure - but also race relations. Māori want more say on immigration policies as they flag concerns about access to houses and jobs as well as the place of the Treaty.

At a recent hui at the Waiwhetu Marae (13 May) migrants and Māori met to discuss how to build relationships between Tangata Whenua and multicultural communities. 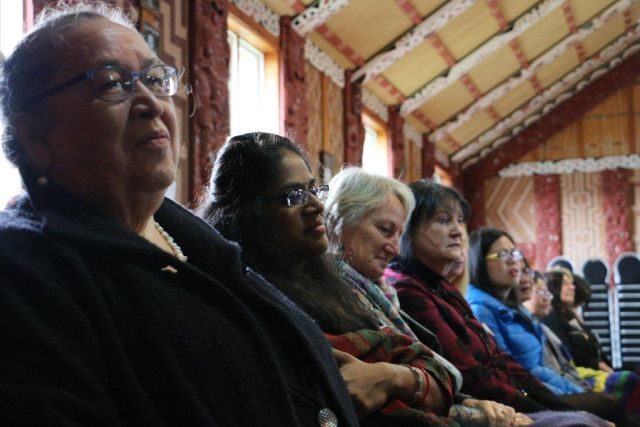 Dr Camille Nakhid, who works at AUT, emigrated here from Trinidad and Tobago. She said if Māori were at the forefront of migrants coming into Aotearoa, "we'd be better received, better treated and we would also have a better understanding of Māori."

Her sentiments were backed up by hui organiser, and executive director at Multicultural New Zealand, Tayo Agunlejika.

"Every migrant that we talk to, expresses interest that they want to build a relationship with Tangata Whenua," he said.

He said that when they had their ethnic summit, it was the first issue that came up:

"They want to know more about Treaty of Waitangi."

Also at the hui, the long-time Māori education advocate Dame Iritana Te Rangi Tawhiwhirangi said migrants might want to learn from Māori, but Māori also need to learn from them.

"It's a two-way street... because at the end of the day, we are all going to be the shareholders of this country."

But while the views from the hui express a desire from migrants and Māori to live more closely, and learn from each other, we do often hear of tension between the two.

Dr Arama Rata is from Waikato University, and she's been researching immigration from a Māori perspective.

In a chapter she co-wrote for a new book about migration policy, Fair Borders?: Migration in the Twenty First Century,  she says that Māori are uneasy about rising immigration in part because they could lose the 'majority-minority' status as Māori population growth fails to keep pace with Asian immigration... and also because of the perceived competition for jobs and houses.

Dr Rata says Māori experience with immigration has been fraught.

"Immigration has been used strategically to disempower Māori."

"Following the New Zealand land wars, the then prime minister - or premier as they were known back then - strategically used immigration as an alternative to full-scale war in an attempt to demographically swamp the Māori population."

Māori still feel dictated to on immigration, and Dr Rata says when they challenge the government's approach the response is often one of ridicule and vilification.

She points to 2007, when Dame Tariana Turia, then co-leader of the Māori Party, said the number of immigrants settling in New Zealand was stopping the 'browning up of New Zealand'.

"I think Tariana Turia's comments were really about exposing the inherent racism within the immigration system. So she was calling out the immigration policy for specifically privileging certain peoples over others, and I think it's quite perverse that she was then labelled racist for the comments that she made." 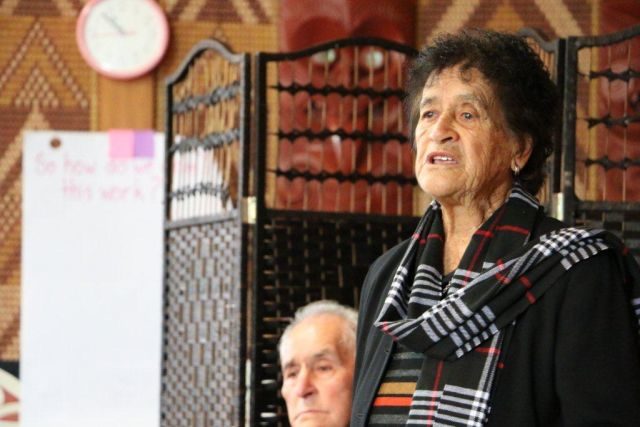 So do Māori leaders in power today get any more say?

Māori Party co-leader, Te Ururoa Flavell, says they don't get enough input, and he wants Māori to be at the decision-making table all the way through the planning stages - from setting appropriate numbers to what support newly-arrived immigrants might need to settle in.

Māori Party policy is about putting kiwis first, making it harder for firms to hire from overseas, restricting temporary work visas for people earning less than the median wage, and increasing the refugee quota to 1000.

"What is clear is that we've got to deal with our own issues at home first, make sure that... our people are covered… to address those who are not so fortunate.

"Yes, [we have] to allow the expertise to come into the country to take opportunities in our country but not so much so as to overburden New Zealand society... [as it puts] pressure on things like the infrastructure, the housing, and... core services," Mr Flavell says.

Mr Flavell says immigration is an issue raised in Māori communities, "I suppose a fear that the position of Māori as Tangata Whenua in our country is at threat by the sheer number of immigrants coming into Aotearoa"

His party doesn't have a set number, but Mr Flavell says while the Māori Party want a fair and diverse Aotearoa, it has got to be manageable.

Mr Flavell says it's easy to fall into the "blame the outsider" racist frame of mind when people discuss issues of housing shortages and jobs, "But a lot of that is not the fault of those who might come here, it is in our own planning... we shouldn't be playing the blame game for those not so fortunate, we have to do our own planning.

"In the end we are about treating people with respect and manaakitanga".