A deep hush sits over the library at Island Bay School in Wellington. A group of children sit quietly as they each take turns to read from five children's books newly published by the Make Foundation. They've been practising hard because these books are special and the children have a deep connection to them. Each is a refugee story, retold and illustrated by the students of the school.

"Damascus was a perfect city, before the war. It was beautiful" - Katia Rostem Agha, Child of Syria

Katia fled Syria with her parents in 2012 after attending a demonstration that prompted government security forces to look for her. She was just 13 years old. 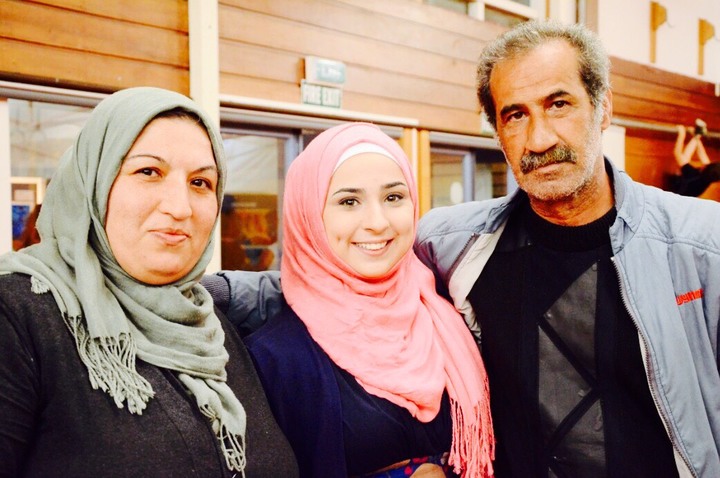 Hannah's contribution to Katia's book is a painting of the old part of the city, a cafe behind the famous Uamayad Mosque in Damascus. Katia loved to visit the cafe as a child with her grandmother and listen to performers telling stories there. As she reads, Hannah becomes Katia; the story grips her in its simple and powerful telling. 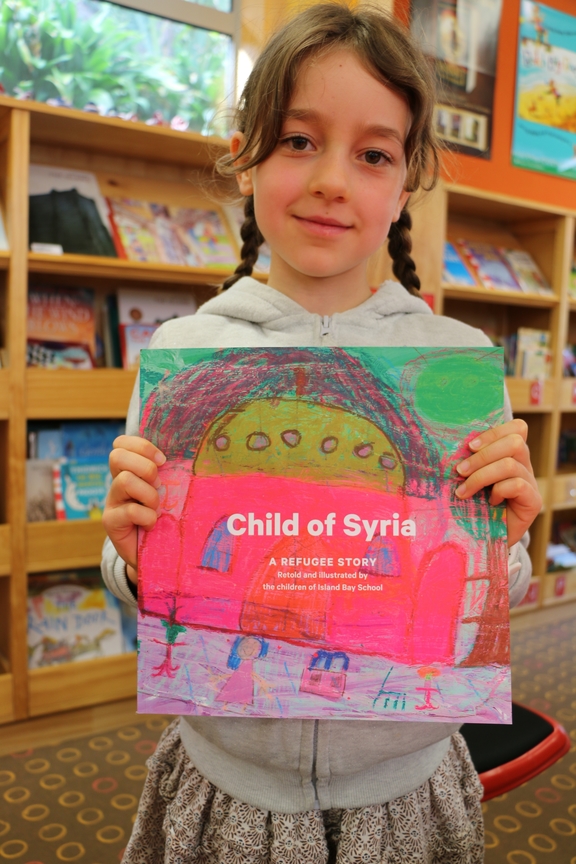 "We had escaped but my grandmother stayed behind. We felt so sad to leave her."

Katia's father, Nader Rostem Agha, wipes tears away as Katia's mother, Lizia, passes me a steaming cup of her special lemon tea. The curtains in their small Wellington apartment are drawn and Nader sits swathed in shadows as he holds his story book, New Hope, for the first time. Child of Syria is opened on Katia's lap and the two refer to these stories as they talk. Katia translates for her father. Like everything in this new country, English is a barrier they must overcome.

Katia says he secret police came to her school to arrest her and six of her friends but the principal told them they weren't there. Then she called the parents and warned them to flee.

In that moment all the children and their families became refugees. One of Katia's school friends didn't make it out. The girl was caught by government forces and disappeared forever.

"I went to hide at my grandmother's, then my uncle's."

Katia spent 10 days hidden under a stairwell, waiting to be reunited with her parents. The neighborhood was shelled in the fighting between the government forces and rebels.

"We were crying. We sat under the stairs. No one can come to this area."

The family fled to Egypt by car. That was the last time Katia saw of her grandmother.

For Nader, the most frightening moment was when the police turned up at his home looking for his only child. He struggles to articulate his feelings, stands abruptly and leaves the room. Katia translates for him.

"If they [the police] took me they would have lost their soul, I am their soul."

Michel Alkhouri is Syrian. His family escaped only recently from the war in their country. His daughter Naia was 10 when she wrote the song, Just want home, for her grandmother who was still trapped in Aleppo. With his wife, Michelle Carlile-Alkhouri, Michel created the Make Foundation as a charity to support Syrian communities displaced by civil war with proceeds going towards creative projects for refugee children.

"I was trying to make sense of the violence, getting angry why it is. See the dismantling of the society, of Syria as a country.

Students from Island Bay School listen to Michelle as she reads from A Boy Called Mohi. She says the inspiration for the charity was born when she was creating a video for Naia's song, sourcing images of Syrian refugees from the UNHCR.

"Looking at these heartbreaking images, of people on the move, going to Jordon, with what ever belongings, crossing over desert land. That was the genesis. We're not doctors or engineers, but we have creative skills and a desire to do something."

The students collaborated with the charity to retell the five stories in a way that would speak to children everywhere. One child says it has made her think harder about the violence that could tear any country apart. 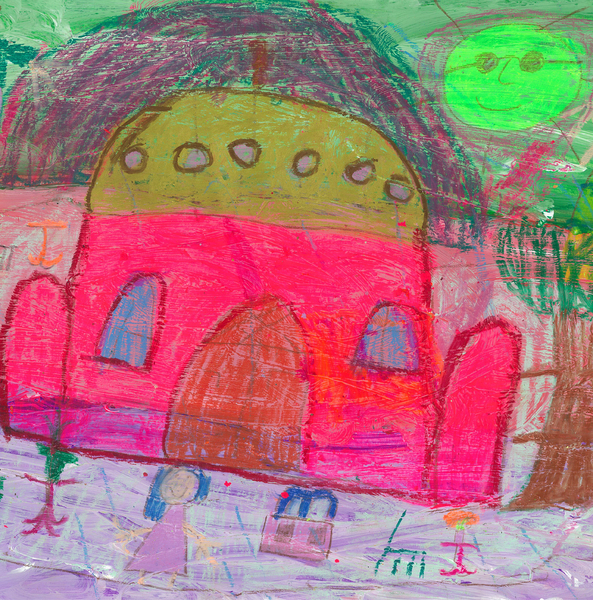 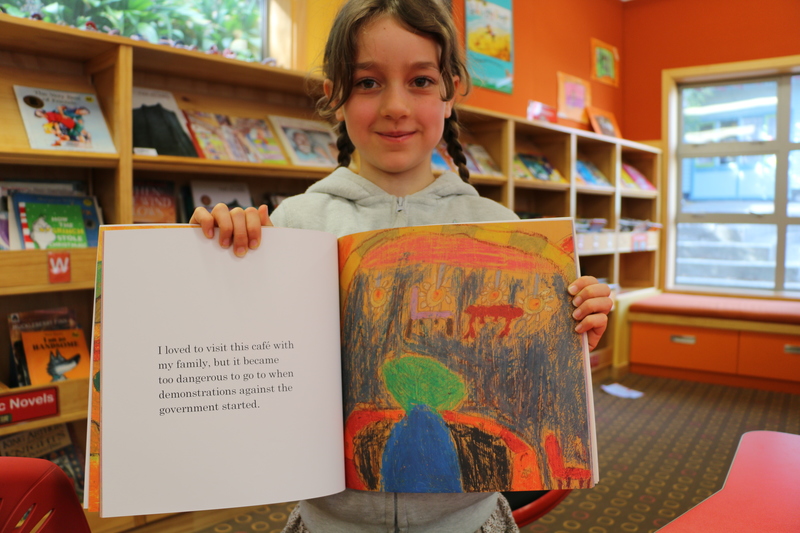 Hannah Stark (8 years) reads Child of Syria and shows her illustration in the book. 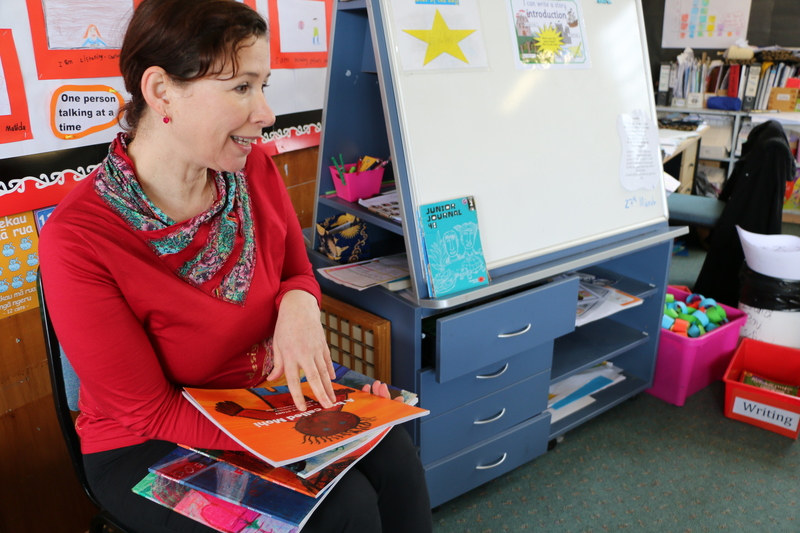 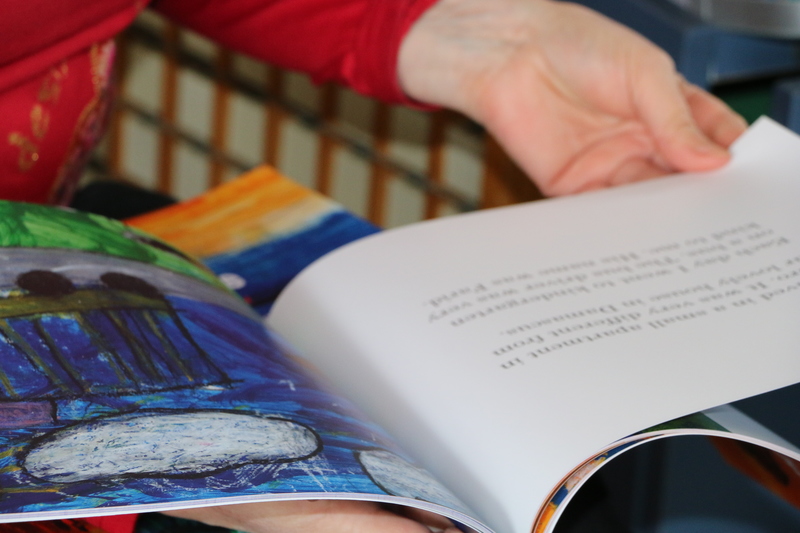 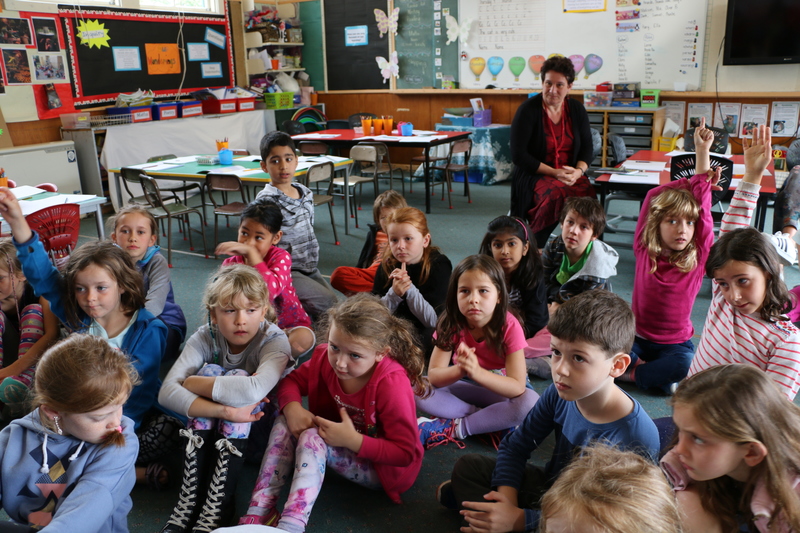 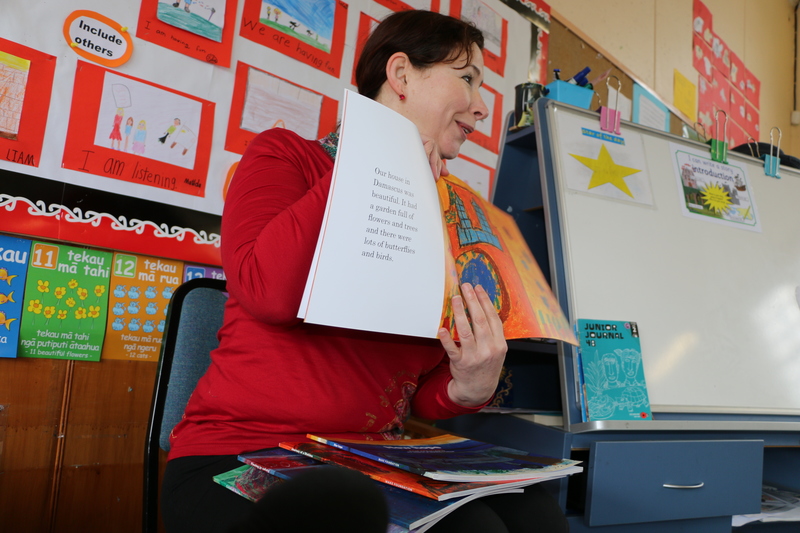 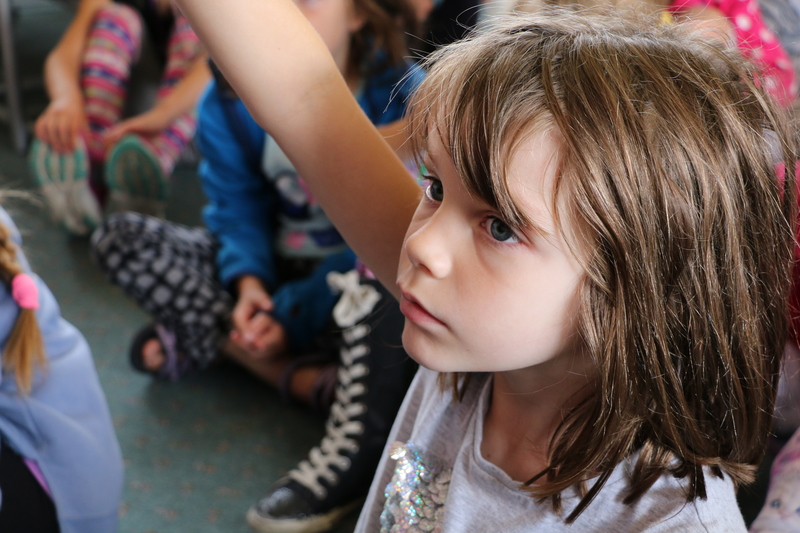 The stories prompt questions about the Syrian Civil War and refugee crises. 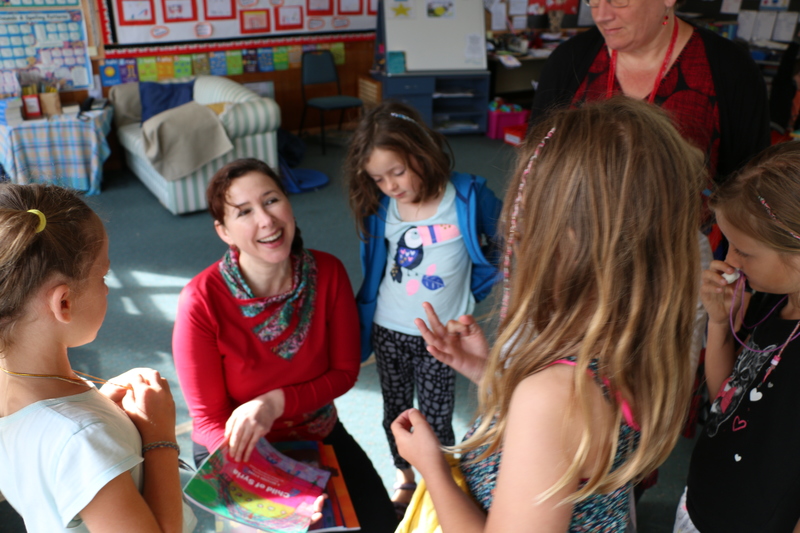 Students big fans of the books.

Teacher Deanne Daysh says the creative collaboration between the school, the Make Foundation and former refugee families, started with meeting Katia and her family and the others. Then the students wrote out each part of Katia's story and created a painting in response. It helped them identify with Katia, to ask questions, to empathise and then to own their contribution.

"What was civil war? What does it mean? Why do people live in tents? It was all about empathy, the students asking the questions; what can I do about it? What can I do to help?"

Listen to the five refugee stories read by students of Island Bay School on RNZ Children's Treasure Chest and RNZ Storytime will broadcast these readings during International Refugee Week on 19 to 25 June this year.