The media – who is in control?

"We are very conscious that our newsrooms are very "white" and we are trying to do something about that." - Bernadette Courtney, Editor-in-Chief, Central Region, Fairfax Media at the Gender Equality Conference, 2016 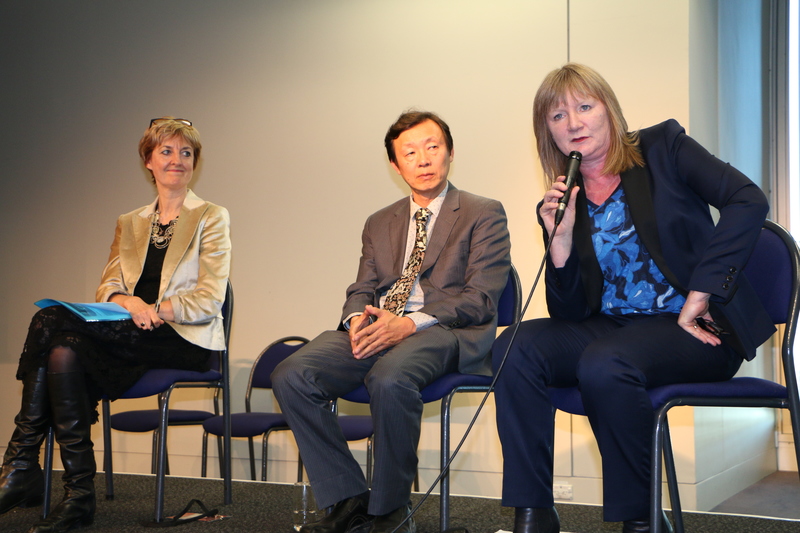 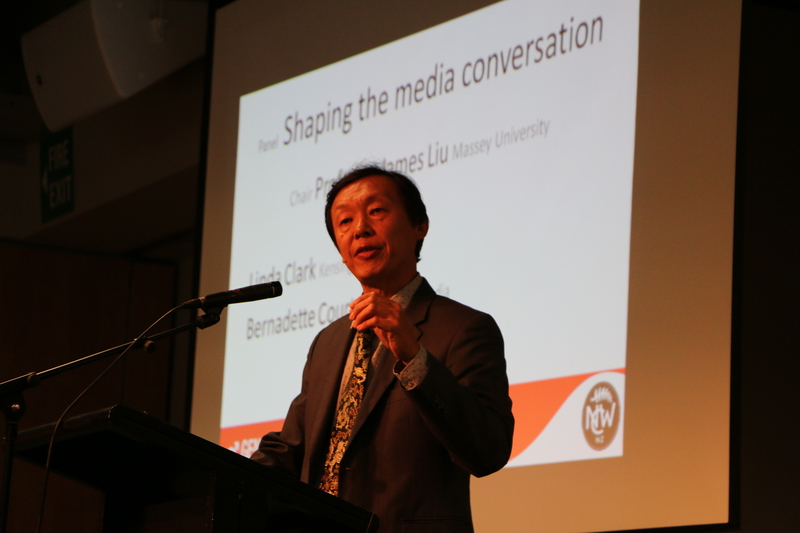 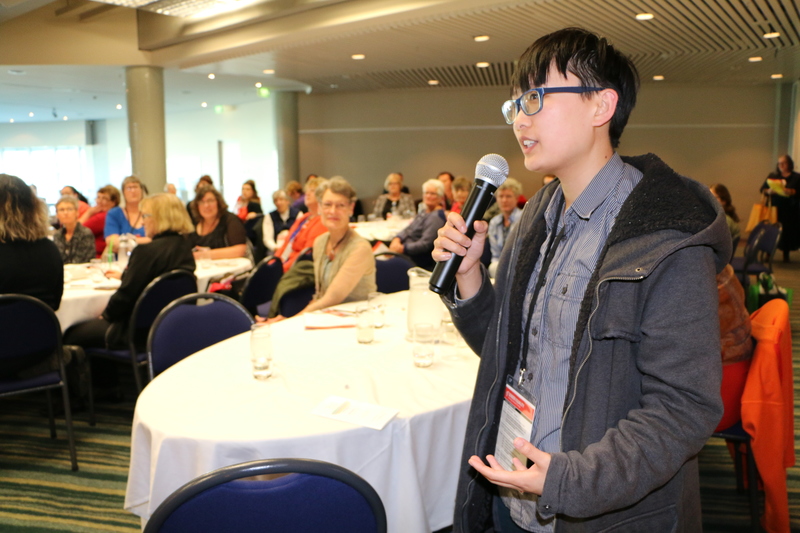 Mengzhu Fu, "Who is in control of our stories?" Gender Equality conference: Shaping the media session. 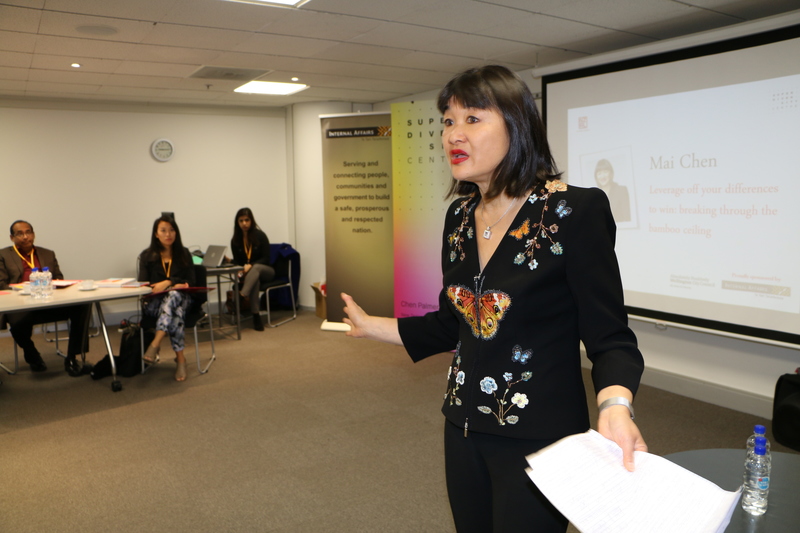 Mai Chen's Superdiversity Leadership Training Programme: How to work with media and deal with ethnic stereotyping. 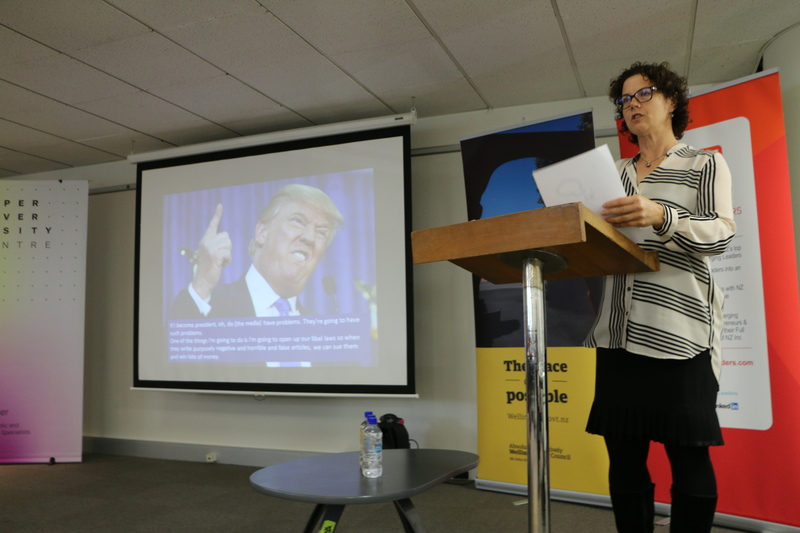 Tracey Bridges, Director Senate NZ, How to work with media and deal with ethnic stereotyping. 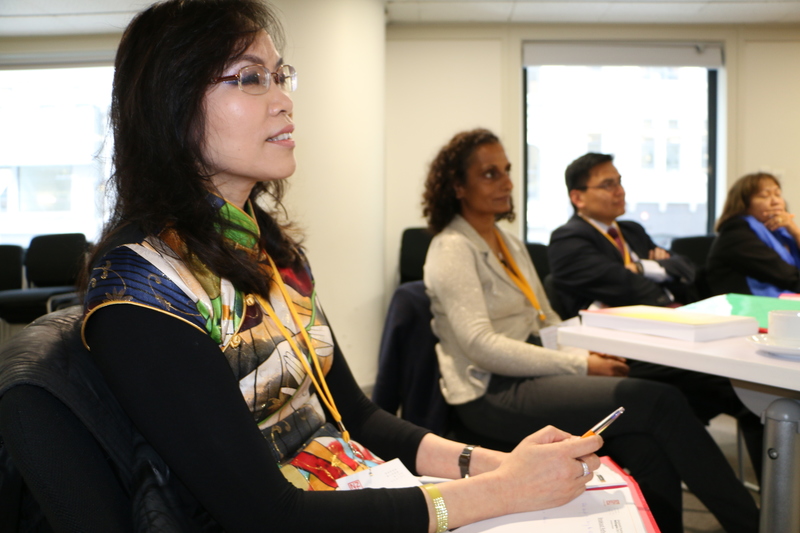 Participants are leaders within our ethnic communities 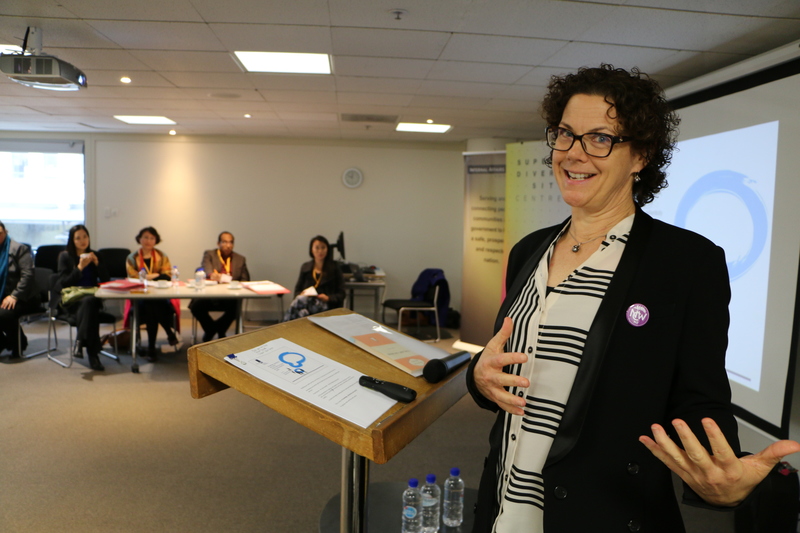 Tracey Bridges: "What I say is not always going to reflect well on the profession of journalism." 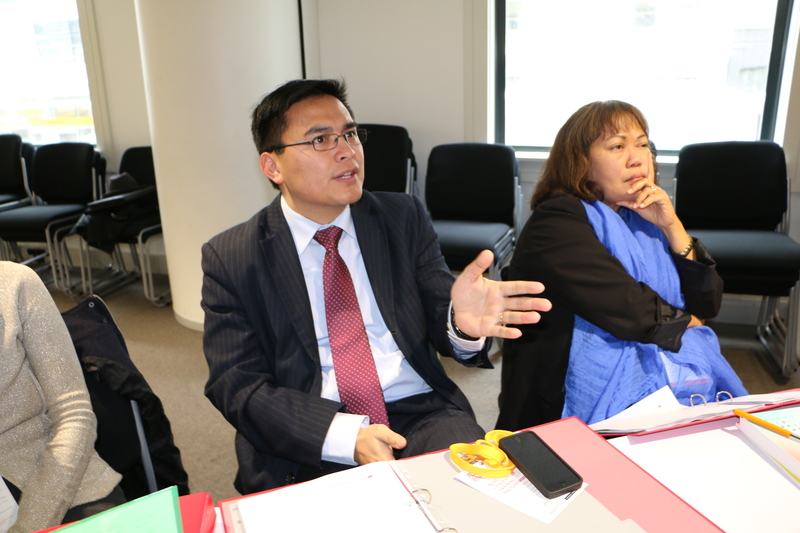 Participant Janryll Fernandez asks "How do we counter ethnic stereotyping?" 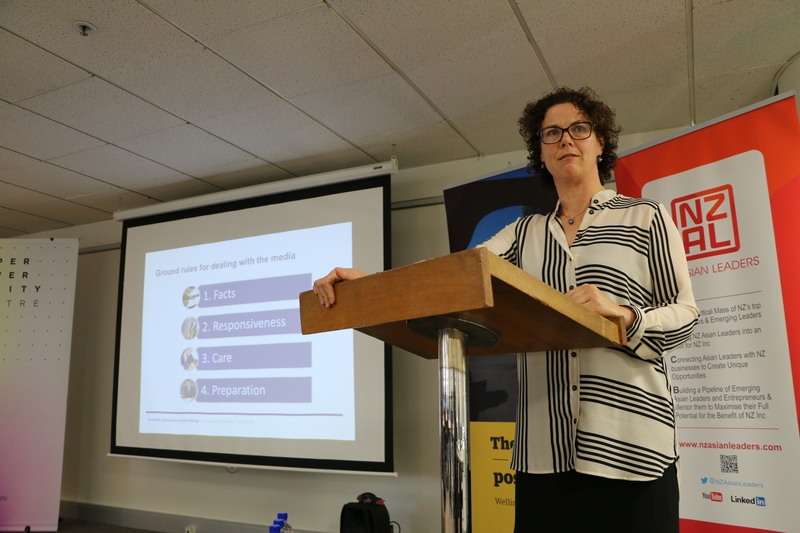 Tracey Bridges, Director Senate NZ: "Do not lie to the media, do not stonewall the media." 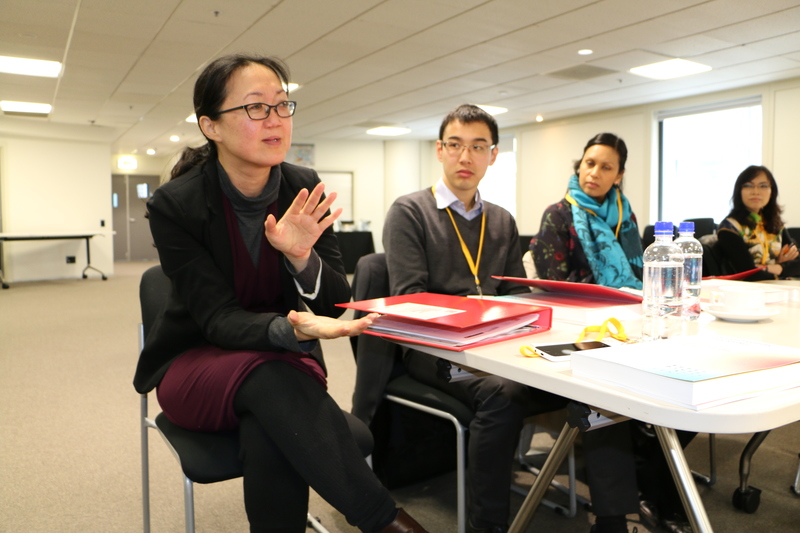 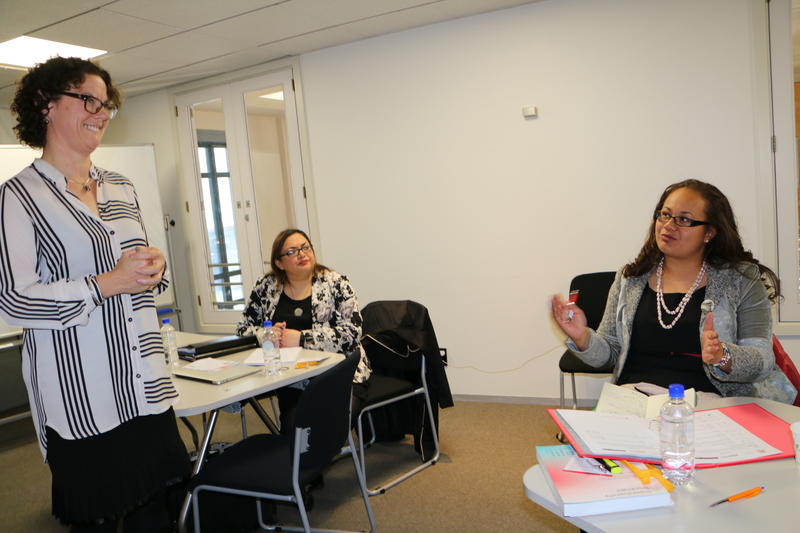 Participant Loretta Mamae asks Tracey Bridges who is in control of media. 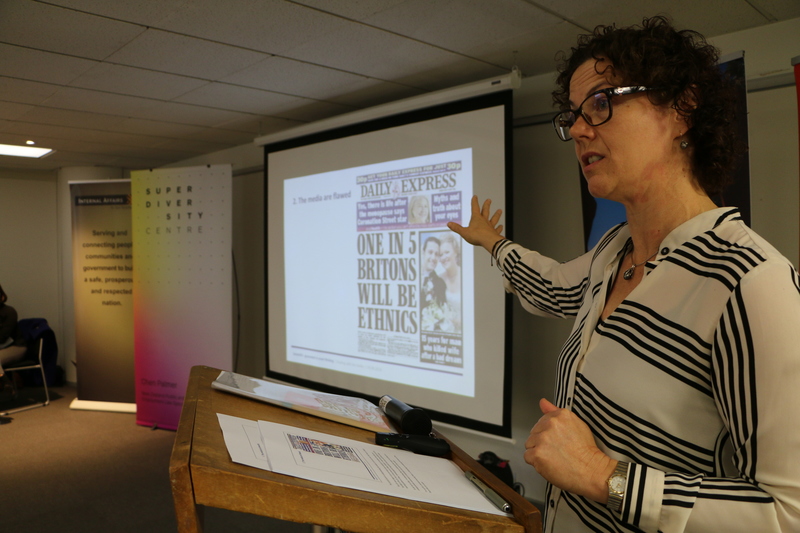 Ethnic stereotyping can be pervasive, example: The Daily Express, U.K. 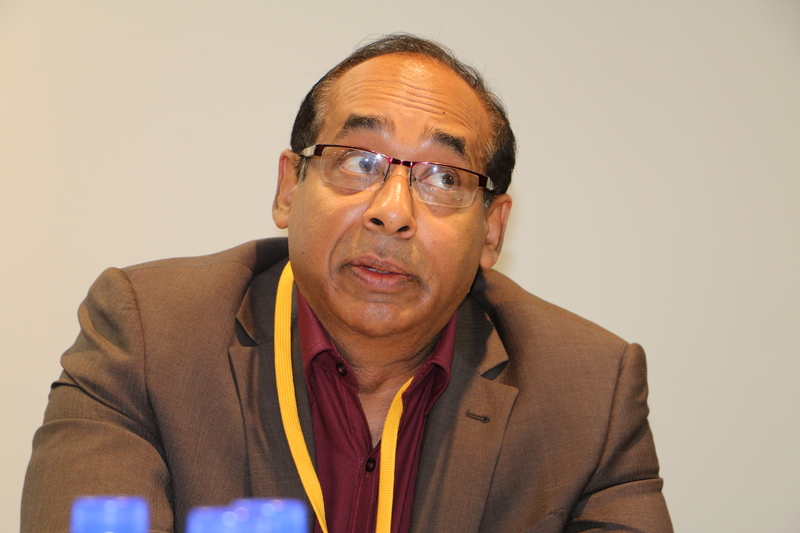 'The media' – who is in control? How do you deal with ethnic stereotyping? Lynda Chanwai-Earle attends Mai Chen's Super Diversity Leadership programme and hears from experts how to deal with the pros and cons of being in the media spotlight.

Listen to the programme 17 min 31 sec

Media: who is in control?

What is “the media” and who are they? Our country's free press has a responsibility to remain editorially independent, but who controls our stories?

Not yet, they replied, but we're working on it.

The role of the media in shaping public opinion:

"The media has tremendous power when it comes to shaping public opinion. Indeed, the media play a central role in the process of ethnic categorization and in reinforcing and spreading negative stereotypes of these groups ... When someone decides to use the word "terrorist" instead of "freedom fighter,"...it quickly becomes clear which side of the debate he is on." Humanity in Action, Mass Media, The construction of ethnic stereotypes.

To find solutions to these issues, lawyer Mai Chen initiated the Super Diversity Leadership Programme for ethnic leaders in law, policy and business. Mai invited Tracey Bridges of trans-Tasman public relations organisation Senate NZ to conduct a session on how to work with media and deal with ethnic stereotyping.

Tracey is a specialist in strategy, issues management and social marketing, a Fellow of the Public Relations Institute of New Zealand and has worked as a journalist.

"Your brand is a crucial part [in] any leadership journey and dealing successfully with the media can be a really important part of building that persona," Tracey explains, "but it can be for some people a really frightening prospect."

"This is a story of knowledge, authenticity and control ... the media can be a sentinel for the country's prejudices. They're powerful, they're flawed." Tracy Bridges, Senate NZ.

Who are the media? 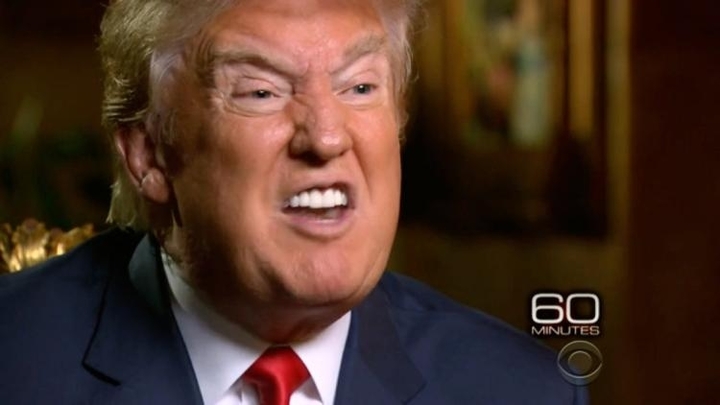 "Unlike Donald Trump I'm not going to present the media as the enemy. Reality for media today is that click bait generates clicks, new technology is everything - adapt or die." Tracey says.

"Most journalists leave journalism before they're old enough to be experienced, to have a broad knowledge of the world. Journalists in New Zealand are isolated, individual, its a silent endeavour; get the story, file the piece, try not to stuff-up. If you're lucky you're not working in a daily format. That creates more space to bring more thoughtfulness. But most work in a daily format." 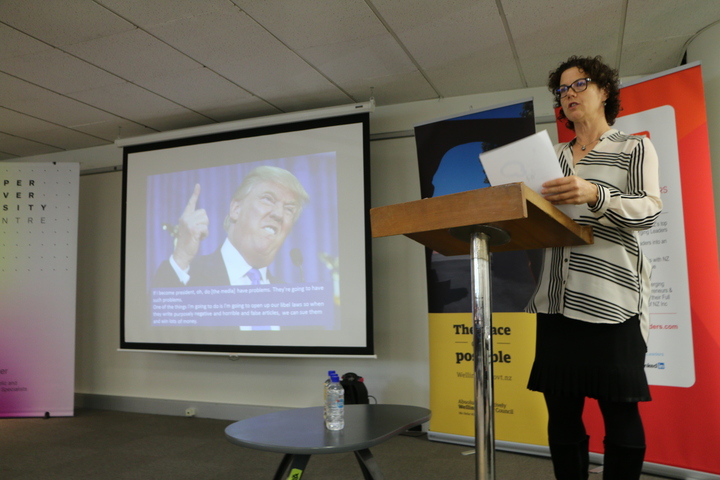 Tracey Bridges "The media are a sentinel for the country's prejudices." Photo: RNZ / Lynda Chanwai-Earle

Tracey's tips for dealing with "the media":

"First of all facts: the media need information and they need good information that they can rely on. Bring them facts."

"It means telling the truth every single time, even if that truth is uncomfortable or unpalatable."

"If you don't know, it's okay to say "I don't know", sometimes it's quite powerful but never say something that is factually incorrect and if you accidentally do so, correct that as soon as you can. Being responsive doesn't mean you always have to talk to the media; sometimes you can't but if that's the case, just front up and say so. Don't make excuses, don't stonewall.

"Develop your sense of identity. Don't apologise every time you are criticised, only apologise when you know exactly what you are apologising for.

"Don't pick fights with the media because you will almost never win. If you do need to defend yourself, do so stoutly and with pride."

Participant Berlinda Chin (private secretary Minister of Ethnic Affairs), says that it's the ethnic communities who suffer the repercussions of negative stereotyping.

"Part of survival means the media might take up a more sensational angle but the full consequences for the communities are not thought of at the time."

"Mainstream media is very narrowly focused, it doesn't do a good job of telling the story of New Zealanders. Some of this is to do with media ownership in New Zealand. We don't have a diversity of ownership. We're profit driven. Media play a really important role in generating public debate. It's the responsibility of the media to properly inform the public. There's a risk we end up losing a diversity of views."

Mai Chen says it's a matter of perspective: "We need to be careful, otherwise we then put [ethnic] people into areas we think is consistent with those stereotype.

"There's no reason why we can't have Asian journalists running TVNZ, being head of News. We're not talking about foreigners, it's not 'us and them' - it's all us. Our whole way of conceiving needs to change."

Despite newsrooms currently being "very white," Tracey Bridges is optimistic about the change already taking place:

"What can each of us do? Be ourselves, be our true self. If more people from diverse backgrounds can succeed through their individual interaction with the media, then we're going to have a more diverse set of voices in the media and with an optimistic vision of the world, less ethnic stereotyping."