"My story? It's a long story, I've been here in New Zealand roughly two years. I live with my family, my wife and four children in Berhampore. I came by myself first, then my family came later ..."

Yahya, his wife and four children came to New Zealand as refugees from Syria. Today, they are having afternoon tea in a home in Wellington's Island Bay. It is their first experience of this local custom and they are relishing the opportunity to connect with other New Zealanders. Resettlement in a new country can be challenging for new arrivals and overcoming isolation is the key. 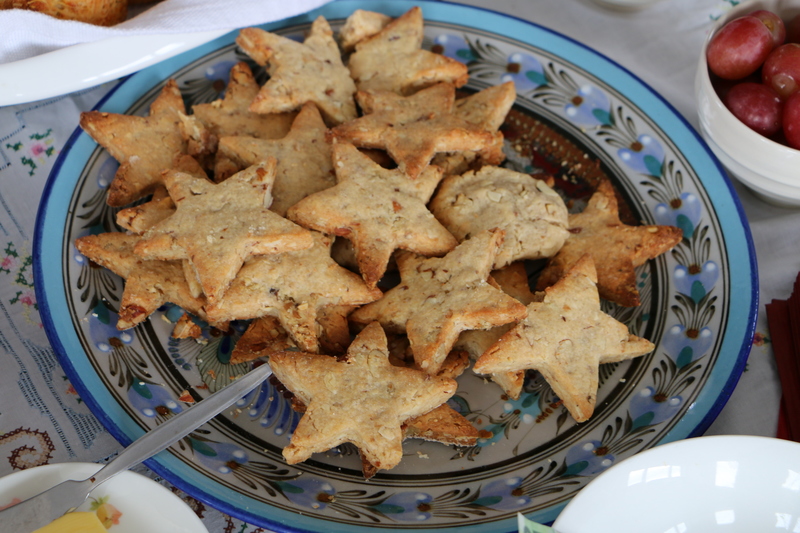 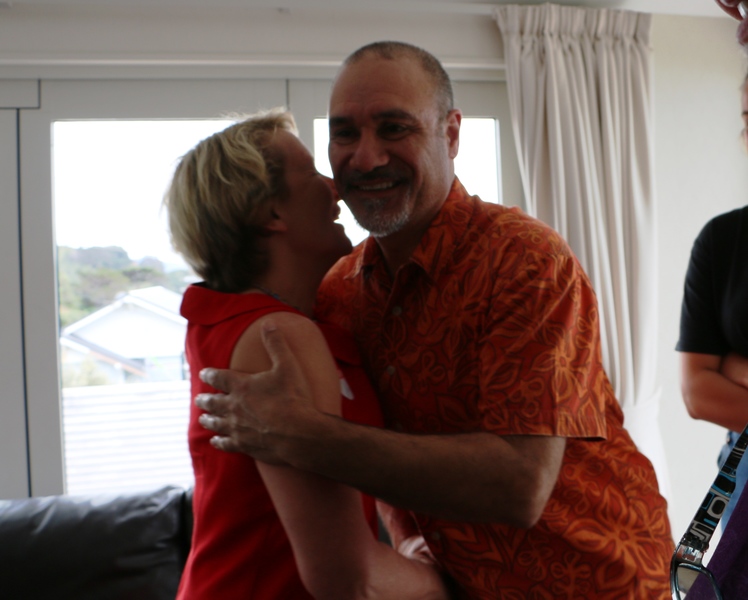 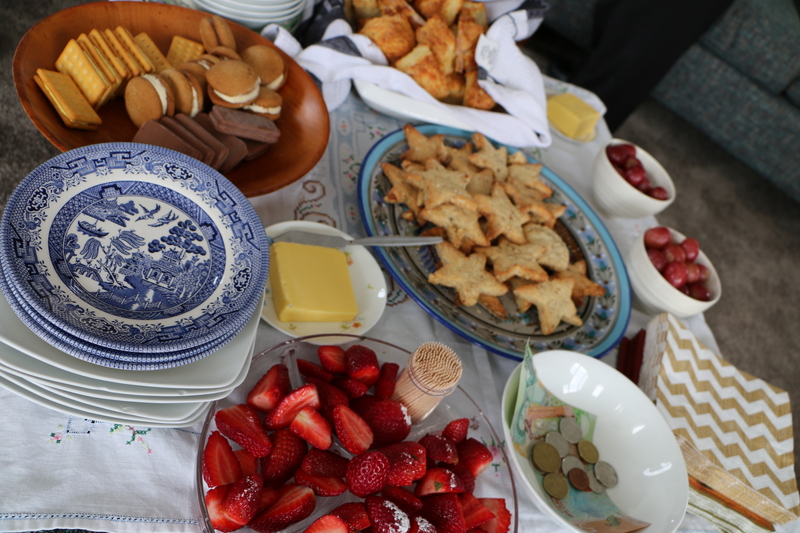 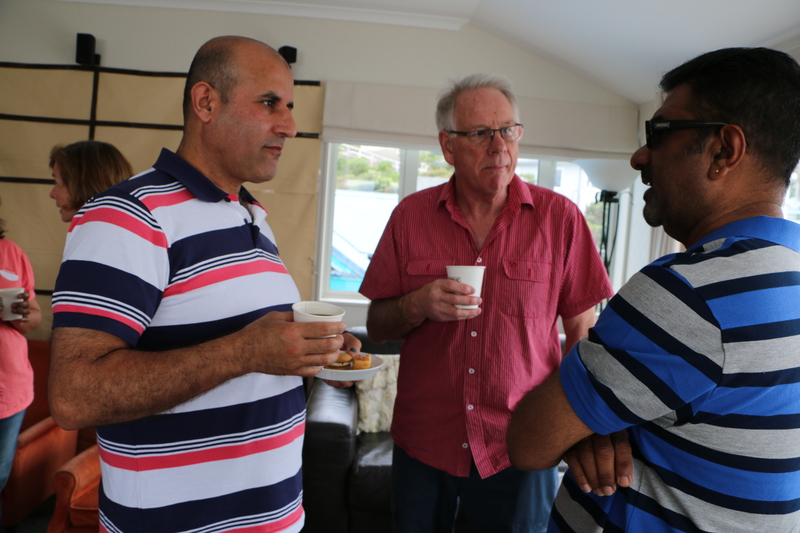 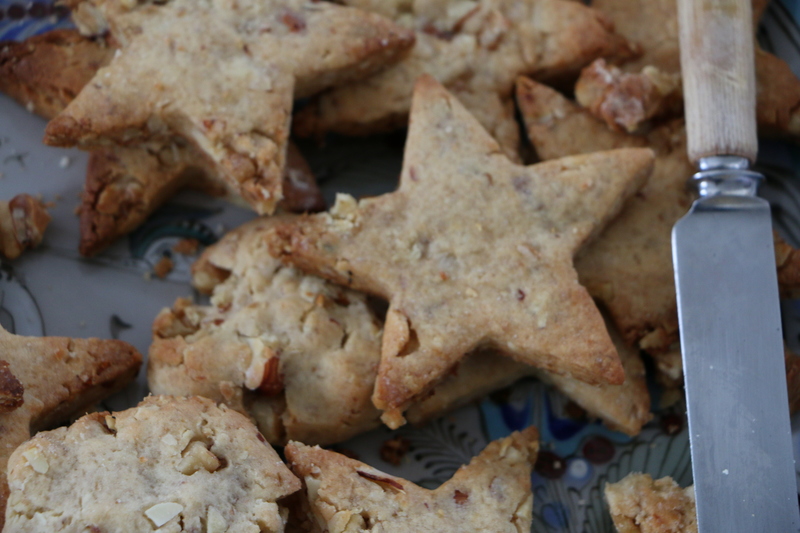 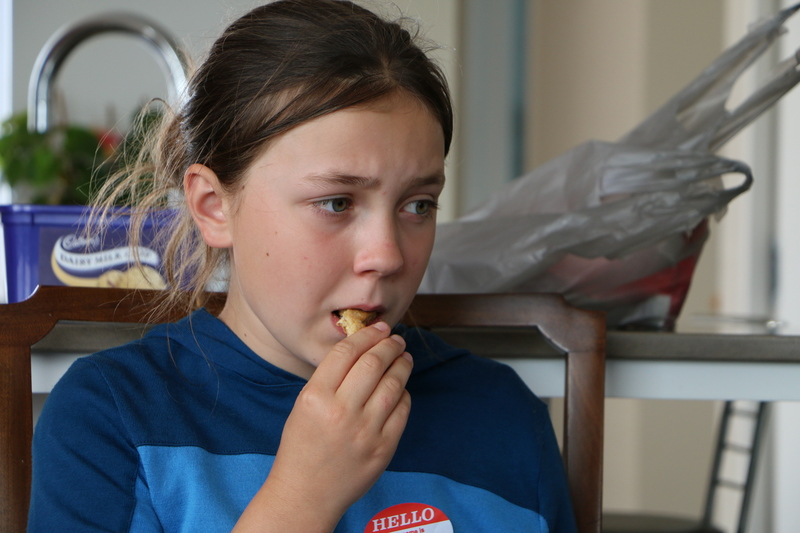 Roma taste tests her own baking. 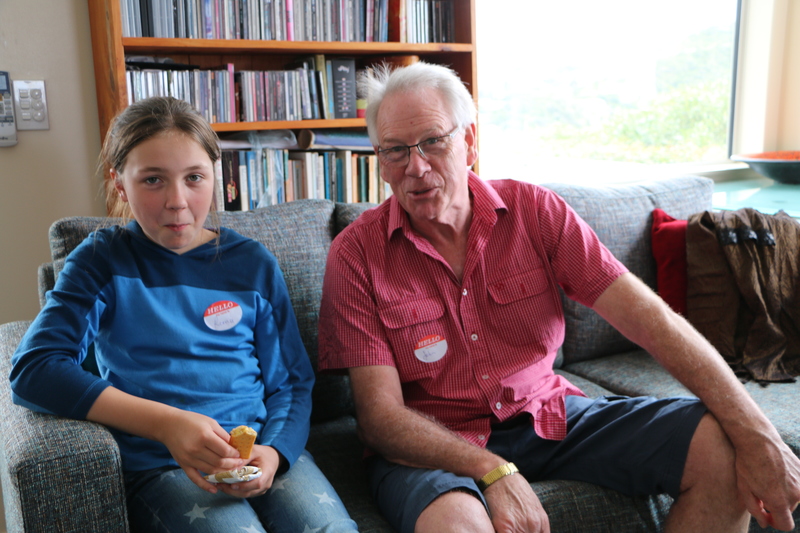 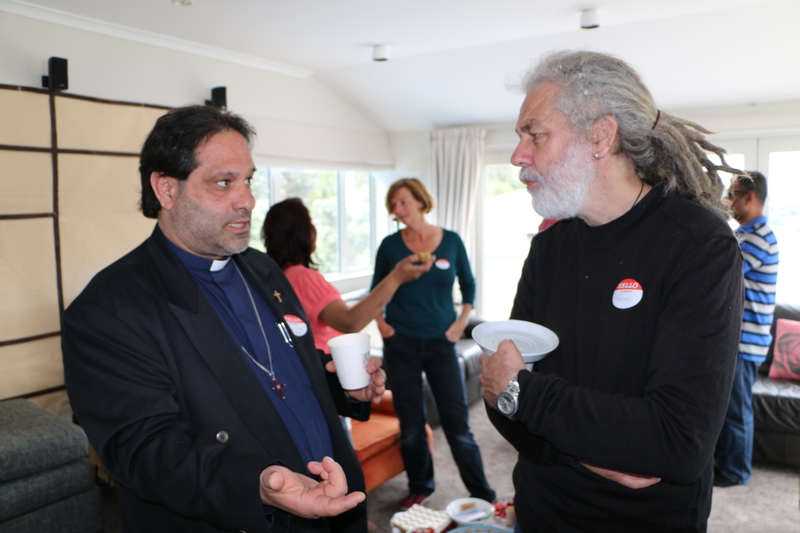 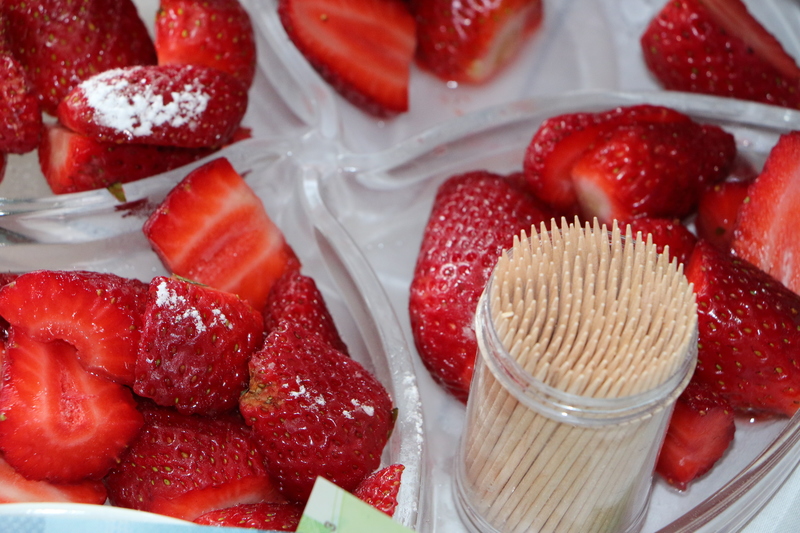 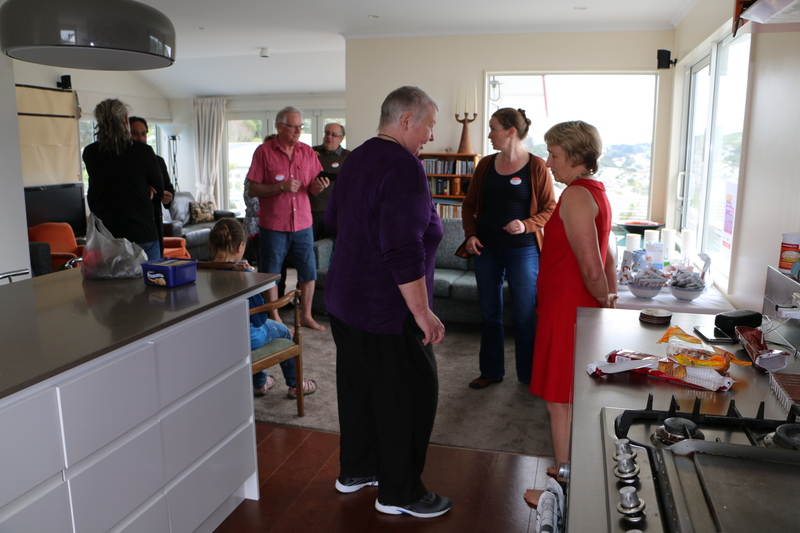 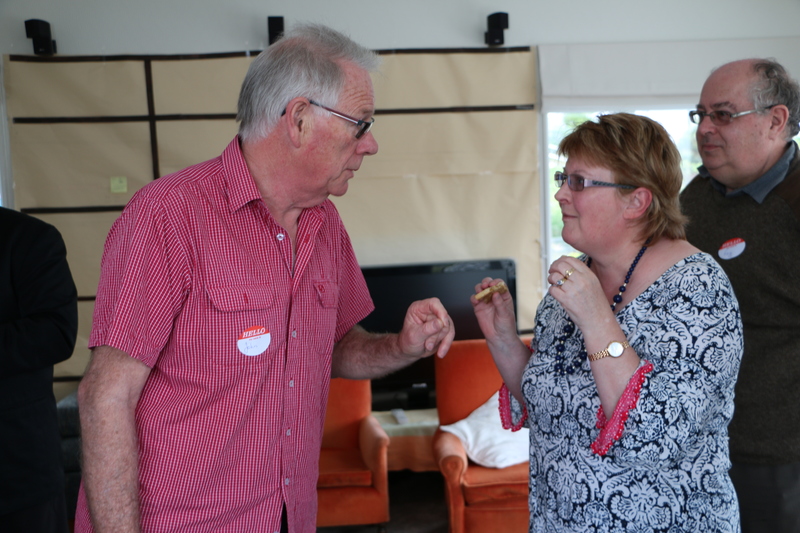 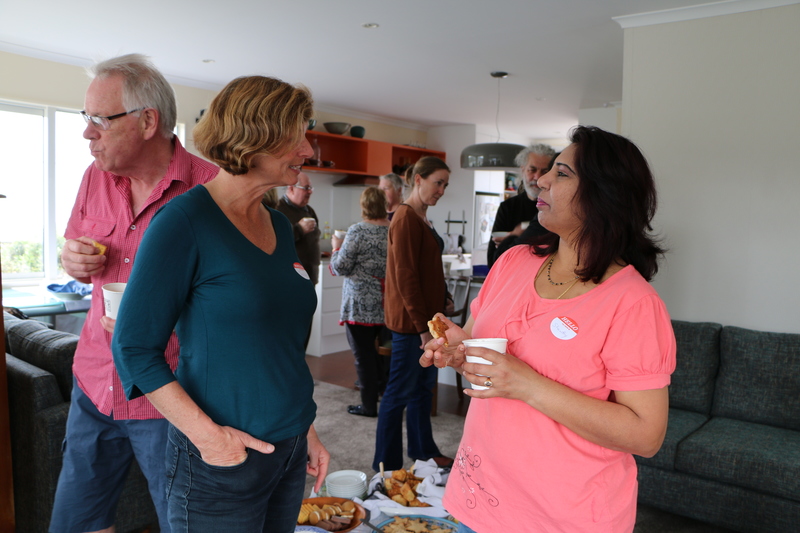 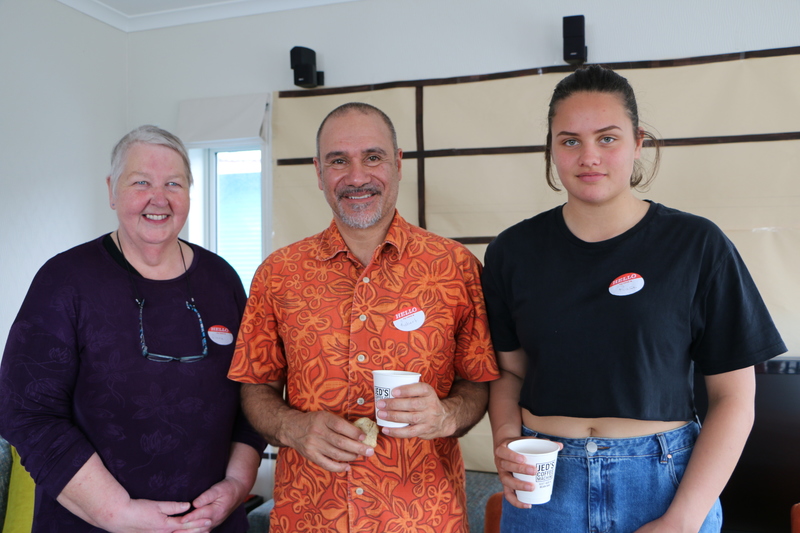 Neighbours from the around the street join nationwide teatime; Dianne, Robert and his daughter Rose 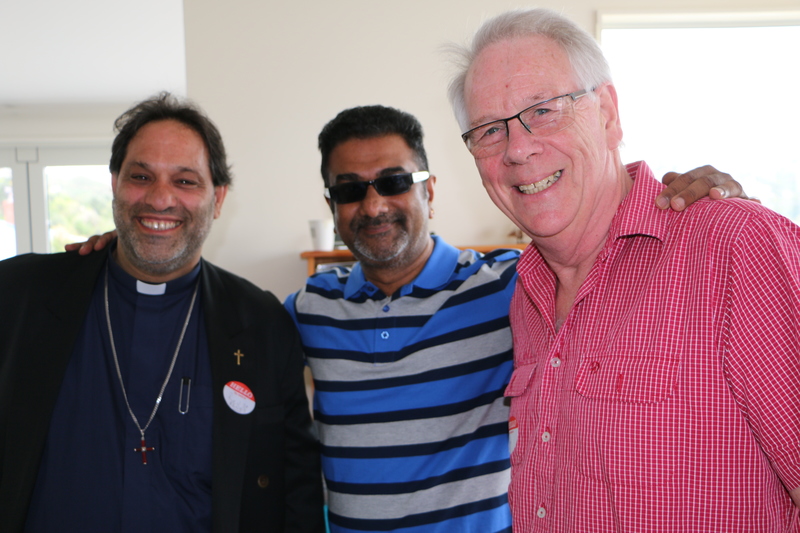 Yahya is honest and optimistic about the family's current situation. "We like it here very much but our main concern is to get a job, suitable job for me. Because I've been working as warehouse supervisor in Syria. I try my best but what I'm doing at the moment; just part-time job in a restaurant - not my cup-of-tea but we need to be patient and everything will be okay in the end."

In the face of the housing crisis, immigration concerns and the plight of refugees, there are Kiwis who feel it’s time to celebrate the positive role migrant communities play in New Zealand. This Labour Weekend marked the inaugural Neighbourly morning (and afternoon) tea, a nationwide event that took place in homes and organisations across the country.

This hospitable idea was initiated by umbrella organisation Multicultural New Zealand. Anyone can register to be a host and tea and coffee are sponsored - a simple way to get to know your neighbours and connect with people from different backgrounds.

To break the ice, hosts, Jenni and John Henton of Island Bay created name tags for everyone. John is one of the founders of Foresee Communications Ltd, in the business of helping charities to reach their target audience. Foresee wanted to assist Multicultural New Zealand with the launch of their event. "So we set up a programme across the whole nation and used neighbourly.co.nz and also Facebook, inviting people to establish a neighbourly morning tea in their homes to celebrate the ethnic diversity of New Zealand."

"This is one way of bringing our communities together. We've got it happening in 89 different postcodes areas across New Zealand with around 130 morning (and afternoon) teas happening [in people's homes] over Labour Weekend."

John Henton hopes that future Labour Weekend neighbourhood teatimes becoming a bit of a ritual, like a national holiday. His partner Jenni tells me they opened their home because she sees it as a great opportunity to get to meet not just her neighbours but also people from other nations who now live in Wellington.

Neighbours Norm, Susie and their nine-year-old daughter Roma have brought home-baked special "almond-crunch star cookies" for the occasion. Roma announces shyly that her cookies are star-shaped for a reason:

"I did them in stars because stars shine on everyone, wherever they come from."

Heather Newell (Director, Foresee Communications) and her husband Reg are also members of Multicultural New Zealand. Heather tells me the inspiration started with a coffee group in Dunedin. "It was a gathering on a weekly basis called "Chai and Chat" - and they had a woman [former refugee background] coming for many weeks, hardly ever spoke to anybody.  Suddenly she said; "This is the thing that gets me out of the house, I'm isolated and this is my opportunity to get out of the house and meet and talk to other people." And I thought if that can work in Dunedin, lets take that concept and try and instigate this."

Ravindran Annamalai (President, Multicultural Council, Wellington) agrees. "The purpose of this event is to meet, chat, get to know each other, create a network between the community. Like today we have our Syrian brother Yahya here. Likewise we want to introduce more people, to get to know each other."

Reverand Dr. Panos Marlassi, (Vice president of Multicultural Council, Wellington) says that some may have come from very suppressed societies. "It may take time, it may not start immediately but I'm sure if we're persistent and if we encourage to do this more often, on a larger scale, then I'm sure people will feel welcomed in New Zealand society."

Conversations over cups of tea open up windows into other worlds for those attending. Norm hears about the economic crises in Greece from Dr Panos, whose family back home are deeply affected.

Neighbours Robert and his daughter Rose tell me it’s about being open to sharing stories. Rose attends a Wellington high school with a very multicultural student population and her classmate is a former refugee: "She's seen a lot of people around her die. She's orphaned, she finds it hard to talk about stuff so coming to New Zealand is a good place for her to come, where she feels welcomed. She loves New Zealand."

And despite resettlement challenges these kind of community events make all the difference for Yahya and his family.

"People here are open to foreigners and refugees, otherwise it would be a very big problem to resettle. It's not easy to uproot and resettle again, so this is one of the main factors that help us to be part of and to integrate into this society. I told my wife; we are here in Wellington, no need to go anywhere else because here, you can see the whole world through Wellington itself."

If you’d like to learn more go to multiculturalnz.org.nz/Neighbourly+Morning+Tea or register on the Multicultural New Zealand facebook site.