One year since it opened, an early intervention family violence facility set up by the Indian community in South Auckland, is being used as an example for other communities around the country. 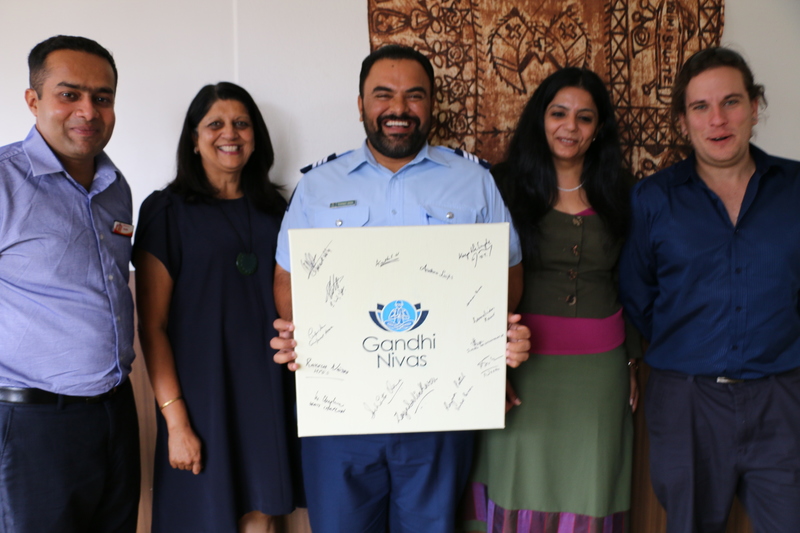 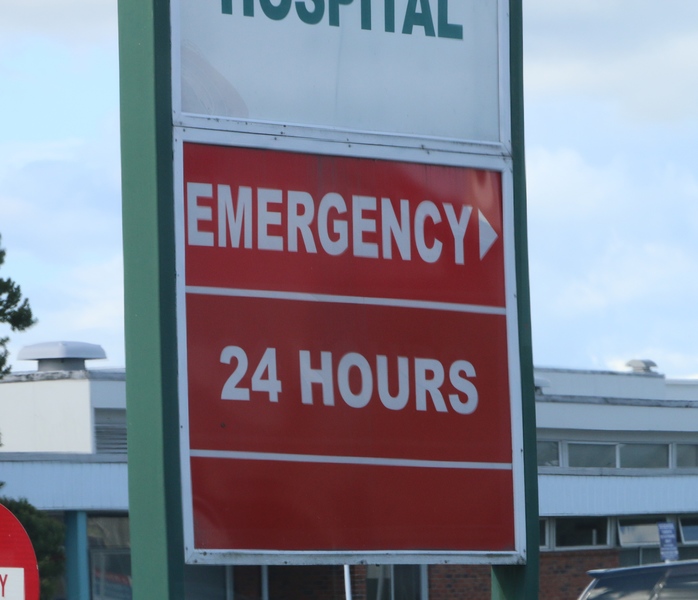 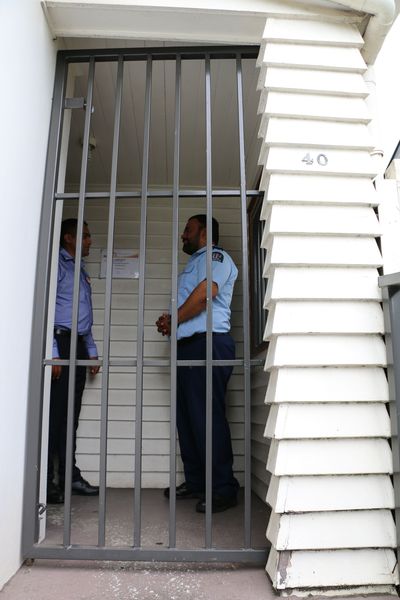 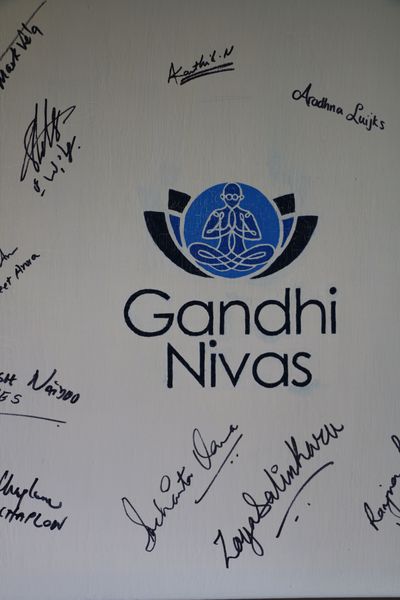 Gandhi Nivas, serving our families, The Logo sports the team behind Gandhi Nivas. 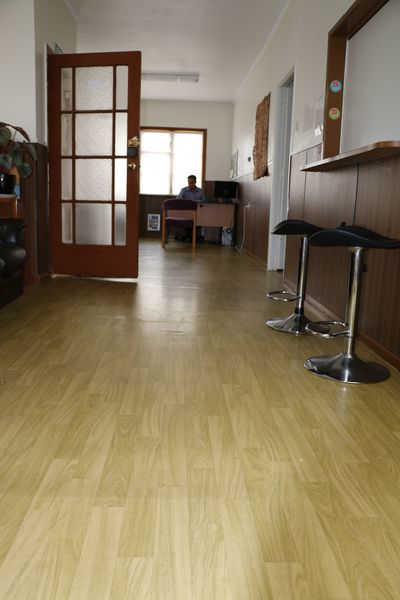 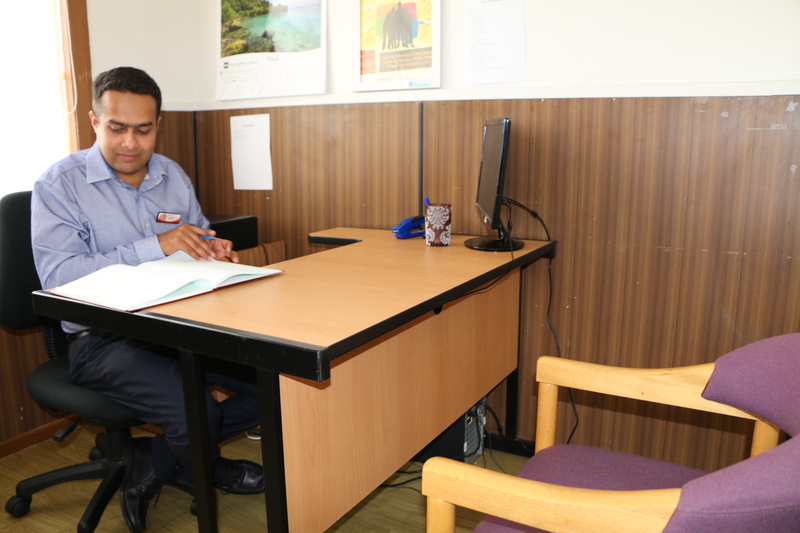 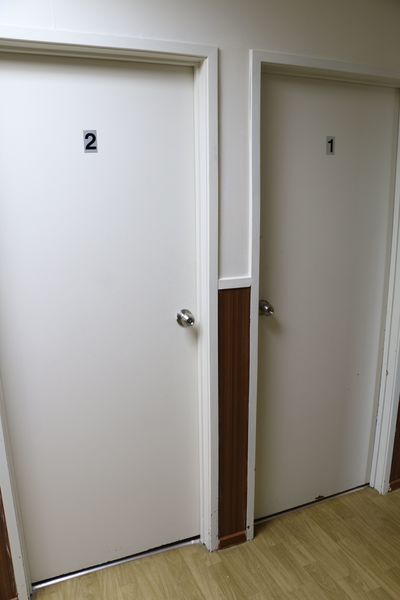 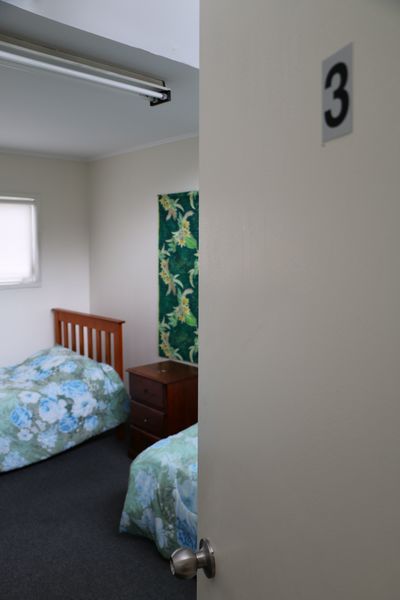 Sleeping maximum of 3 per room. 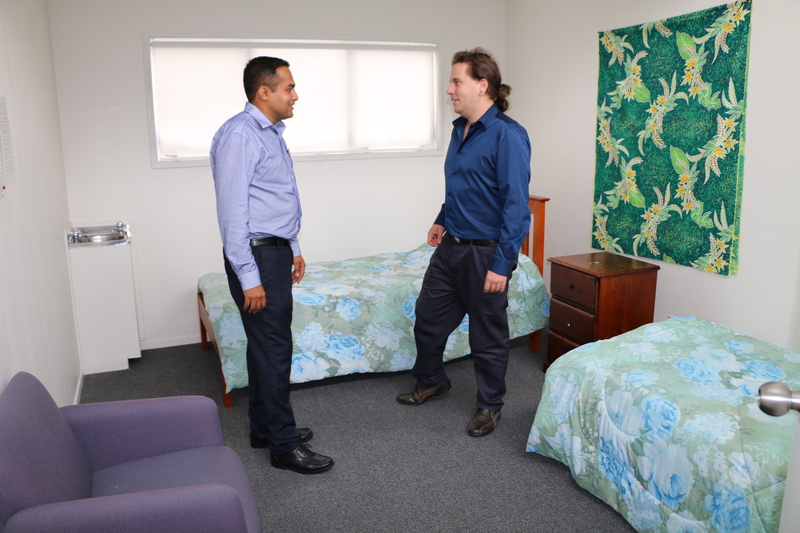 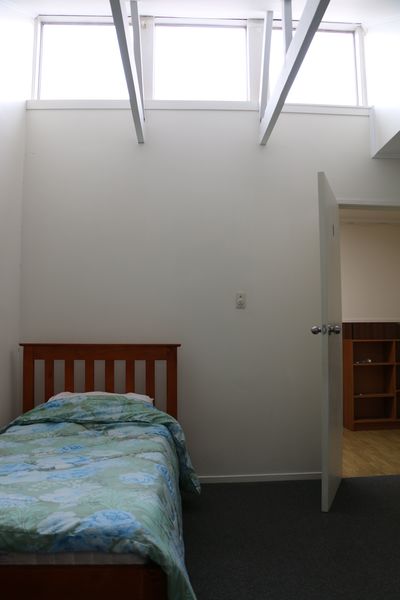 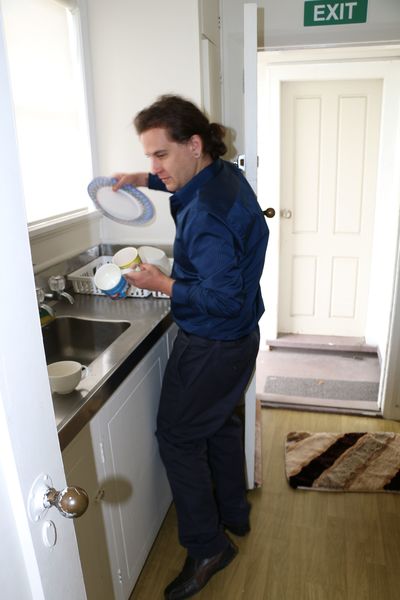 One of the four large bedrooms in the Gandhi Nivas facility. 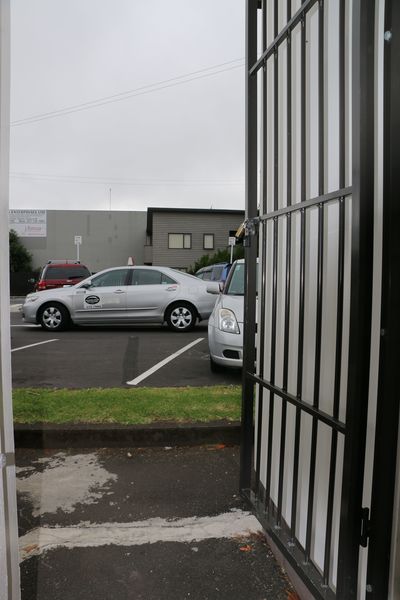 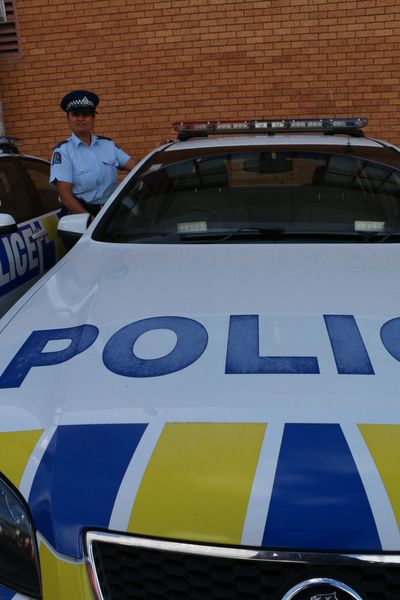 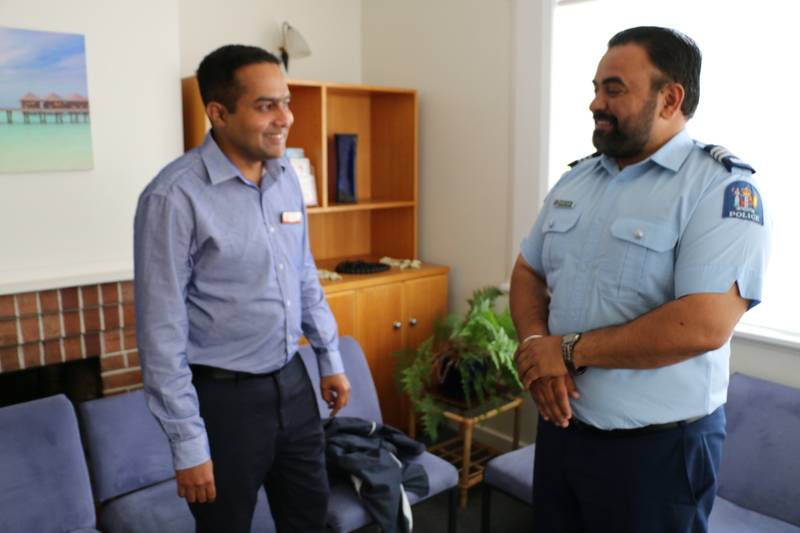 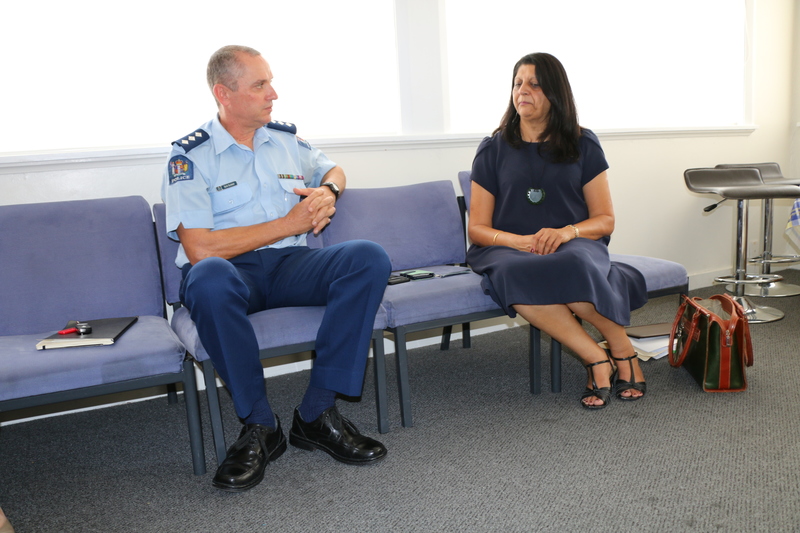 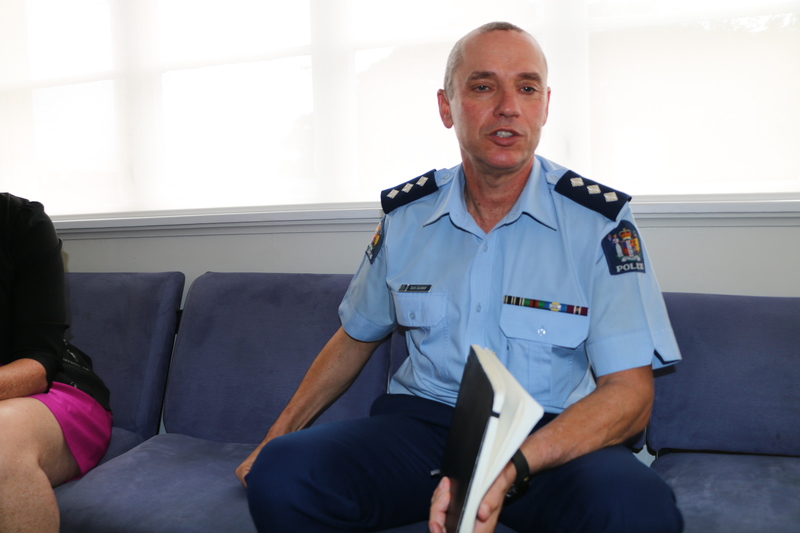 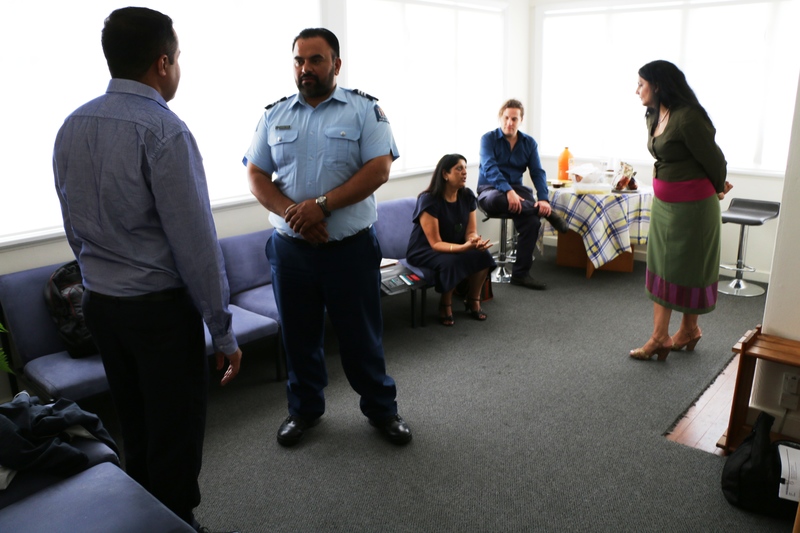 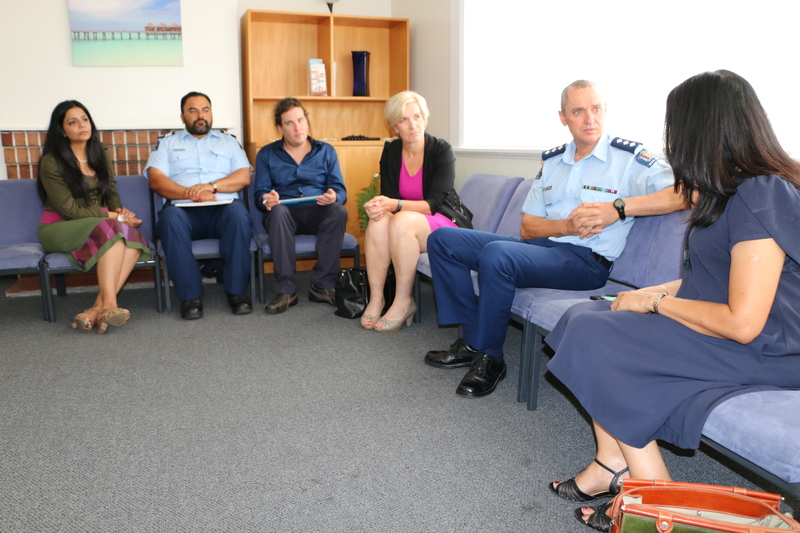 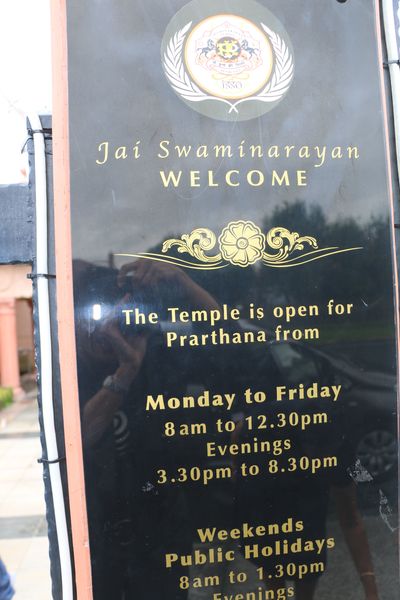 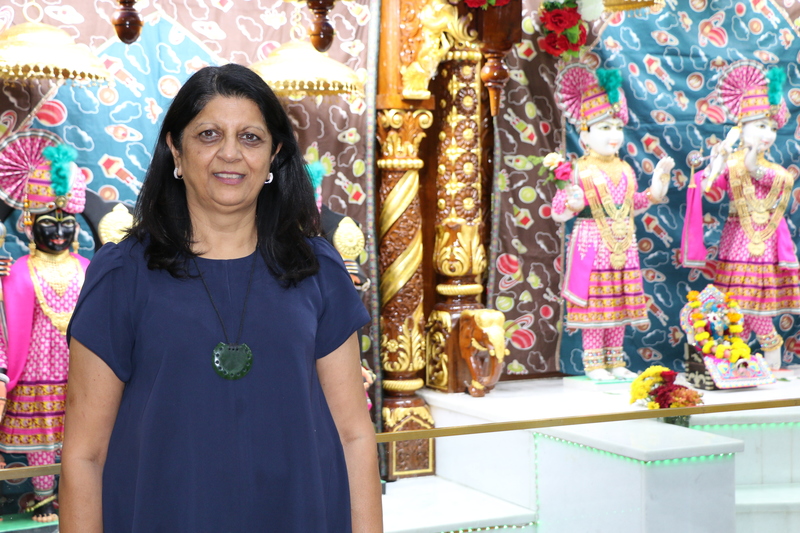 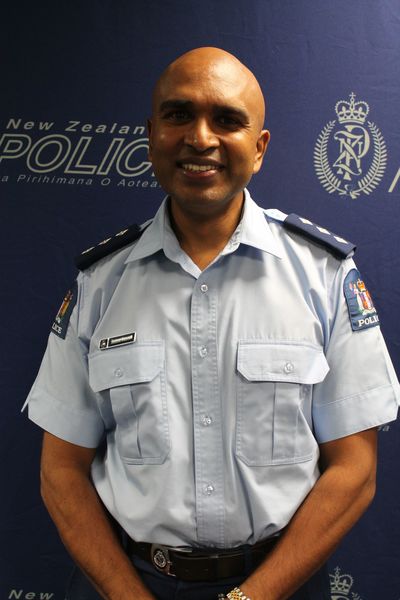 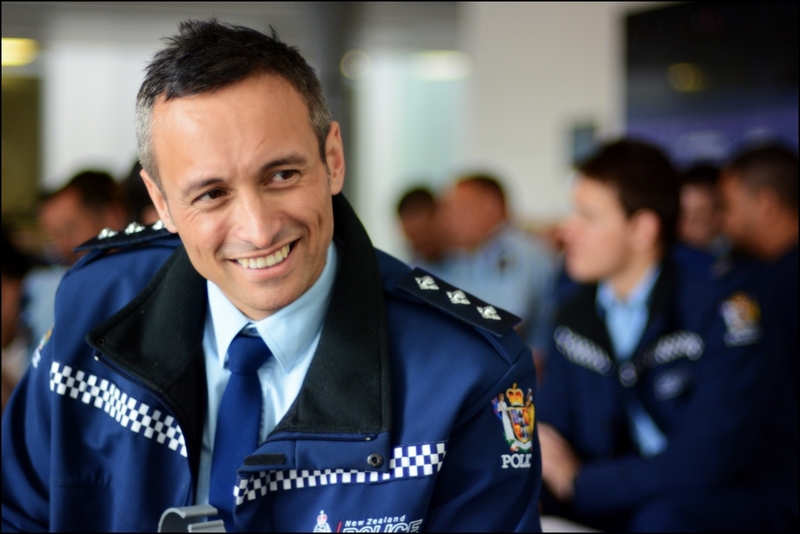 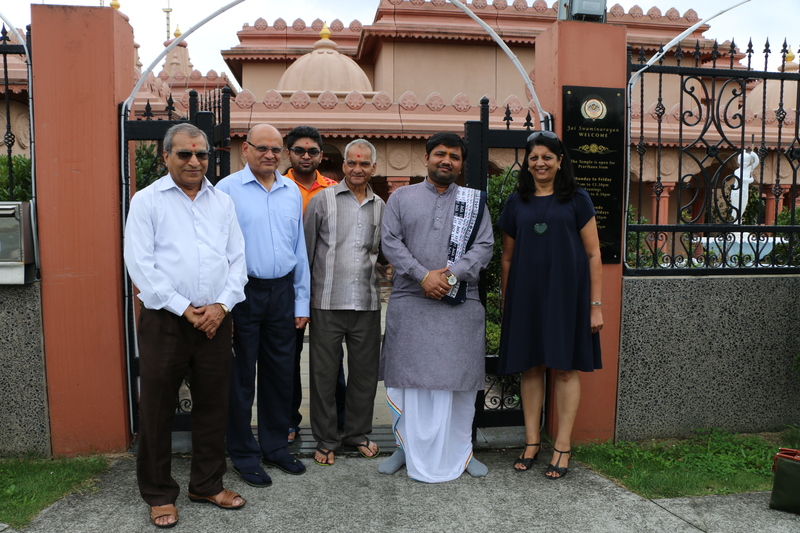 Fifty-five percent of protection order breaches are being committed by men from the South Asian backgrounds, according to statistics, and of the 14 women killed in domestic violence cases in New Zealand from 2013-2014, four were Indian.

The numbers are alarming - so the Indian community decided to rally around, own these issues, and create a solution in the form of an early intervention family violence facility called Gandhi Nivas.

The early intervention programme, established in Otahuhu, provides emergency housing, counselling and referral to social services for men from South Asian communities who have either been issued with a police safety order, or are otherwise involved in police matters related to family violence.

Men’s family violence related issues addressed at the earliest possible opportunity, with immediate counselling for them and their families, especially when police issue a safety order.

It also ensures victims and their children stay in their own home without having to move elsewhere.

While the initiative grew from discussions between Counties Manukau Police and their South Asian Advisory Board, it is now supported nationally by Māori, Pacific and Ethnic services at Police National Headquarters in Wellington.

For South Asian female victims in New Zealand there is a higher than likely chance that their perpetrator partner will breach a police safety order or a protection order.

In most cases, especially in South Asian Communities, a police safety order is issued against a male. However, when they are given to a man involved in a family violence matter the perpetrator tends to return home where the problem had originally occurred. 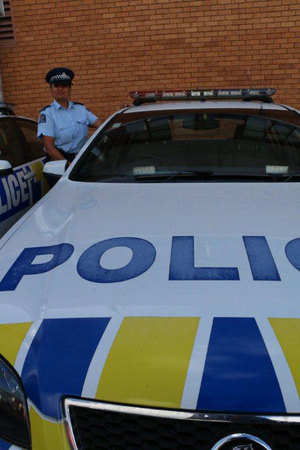 This reoffending is common because of the traditional cultural values of the community. Victims often wish to keep the matter away from the knowledge of the wider community because of a “shame factor” associated with it.

Statistics also indicate that South Asian men have no place other than the established home to return, and as a result the compliance of the order is not met, resulting in a breach and subsequent arrest of the male.

There is also statistical evidence (taken from the last census) showing a high incidence of physical attack and abduction apprehensions by Indian males, that is disproportionate to that of other ethnicities.

Indian solo-mother Savita Alva in South Auckland, describes how she was at her wits-end after suffering repeated incidents of violence at her home between her two teenage sons.

“I requested to my son’s probation officer that I don’t want to see my son on the streets, feeling insecure and becoming a criminal … but for me coming back home and seeing them fight and bleed, windows and doors getting shattered and filthy language was very stressful.”

But Gandhi Nivas became the family’s solution to the violent outbursts.

“After [her son] was taken under Gandhi Nivas I felt assured and secure that his is under proper guidance and has professional support if he needs to turn his life around.” 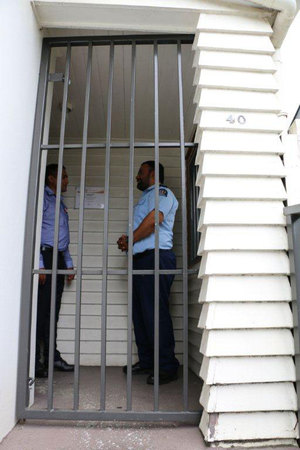 I travelled to the heart of South Auckland to the facility to meet the team behind Gandhi Nivas – and was greeted at the entrance by Sucharita Varma, the Director of Sahaayta’s Counselling and Social Support Services.

The first thing I noticed were the bars on the exterior of the entrance.

“This is a secure facility,” Sucharita explains.

“It is manned 24 - 7 by our Sahaayta male counsellors. Most of our intakes happen over the weekend."

When police get a domestic violence call they assess the situation. If no assault has occurred and they believe removing the partner is the right thing to do, then they bring them here and fill out a referral for, she says.

If that person is under the influence of alcohol the police will retain them for a couple of hours.

“One of the requirements for us is that they need to be able to comprehend house rules when they come in. Then we explain the house rules, show the man to his room, offer him a hot meal and then they go off to bed,” she says.

“There are four rooms here, each of those rooms can take three people; two beds and a pull-out. You can see the rooms are nice and airy. The clients are responsible for their own property.”

“The next day we get a comprehensive police report that explains the incident in detail; the family members and children involved….if there was an assault at the home then that person would be arrested and taken away.”

In the living room area is a meeting about future funding is taking place between Inspector Dave Glossop and Gandhi Nivas team members including chair of the board Ranjna Patel. 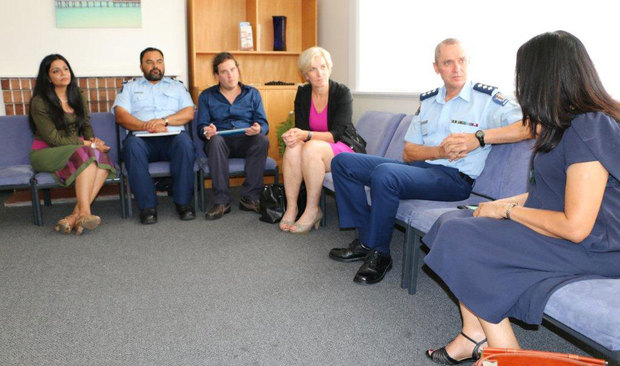 Ranjna Patel says the group realised the men needed to be educated.

“When we first started this project - I would speak to 150 Indian women at a conference and ask; 1 in 3 women are abused but no one in this room is abused?”

“With the migrant community there’s no excuse for domestic violence but many reasons. To understand the cultural part is very important,” she says.

“It’s a community issue, a new migrant community issue - it’s not unique to South Asian communities and the cases may have been less but because it was reported and the breakage of PSO’s were a lot more among Indian men - the percentage was disproportionately higher. The men needed to be educated.”

Sucharita introduces me to Sahaayta’s male drug and alcohol counsellor Karthik Nandikoor, he’s been with Gandhi Nivas since its inception and he’s the one that helped Savita Alva with her two sons.

He walks me through the spacious facility towards the showers and bathroom explaining that up to 12 men can stay at a time within the four large bedrooms.

Karthik supports the men with work and income related needs, housing, help with CV’s and gaining employment, even dropping the men off to their jobs.

This reoffending is common in the South Asian Community because of the traditional cultural values of the community, Sucharita says.

The violence is normalised, sometimes it’s culturally embedded practices they have bought from their countries of origin, she says. 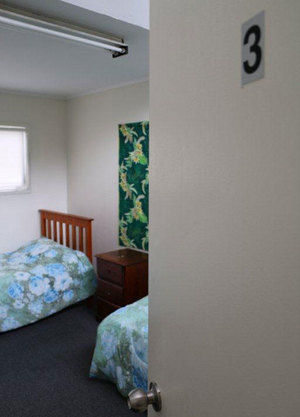 “That’s why the breaches of PSO’s have happened in the past. These victims have taken the perpetrators back into the home without getting proper support because the victims are worried about their men’s safety and needs.”

They tell me they’ve had explain New Zealand’s law to clients - like why they couldn’t break furniture and throw stuff around.

“The normalised way of living with violence needs to be addressed, a lot of re-education needs to happen. A lot of good work happens here.”

"The men have taken responsibility for their actions, their mana and self-respect are kept intact within their family and community. The issues that the family have had are being addressed as well. As a result the men have gone back to their families with no incidents following,” he says.

Results speak for themselves

According to Massey University’s School of Psychology Research Report, over 103 men came into Gandhi Nivas in the first 12 months opened.

“The one-year findings support the effectiveness of the innovative programme for its rapid response to referrals from Counties Manukau Police and its culturally appropriate services through Sahaayta Counselling and Social Support.” 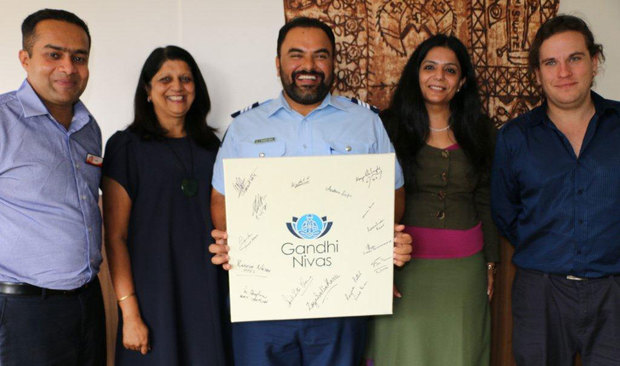 It was anticipated that Gandhi Nivas would be used mainly by Indian and Fijian men, yet one-third of users have been Maori and Pasifika and the remainder other Asian, Middle Eastern and European men.

“The cost benefit analysis and joint evaluation with Massey University is still going but the results are excellent so far.”

“Family violence needs to be addressed in partnership - communities want to assist - they want to help. They play a part in education and advocacy - and now they can contribute financially.”

“Referrals are effective in reducing offending since 93 percent of clients have not been involved in another family violence incident after their intake.”

“We want to put in place a prevention focus. Family violence needs to be addressed in partnership - local solutions for local problems. Communities want to help.”