Dancing with the Stars - NZ Police and Diwali

By Lynda Chanwai-Earle and Justin Gregory 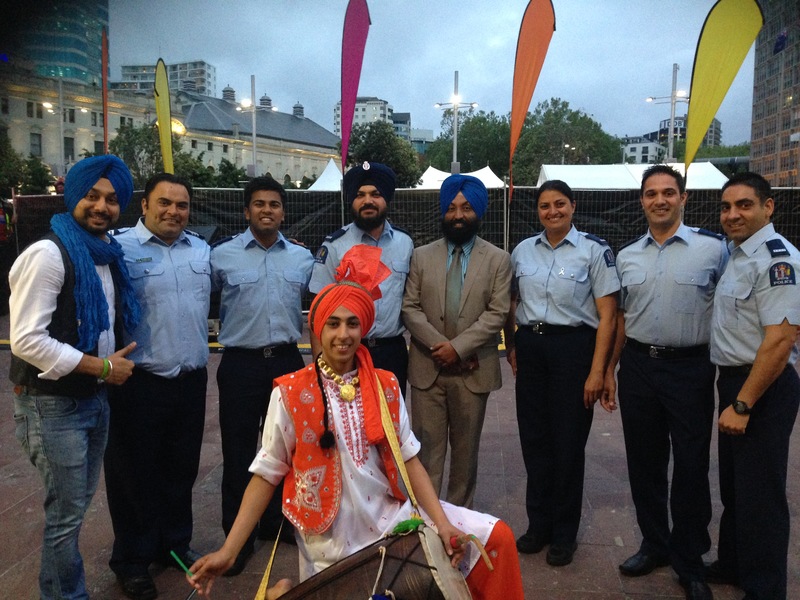 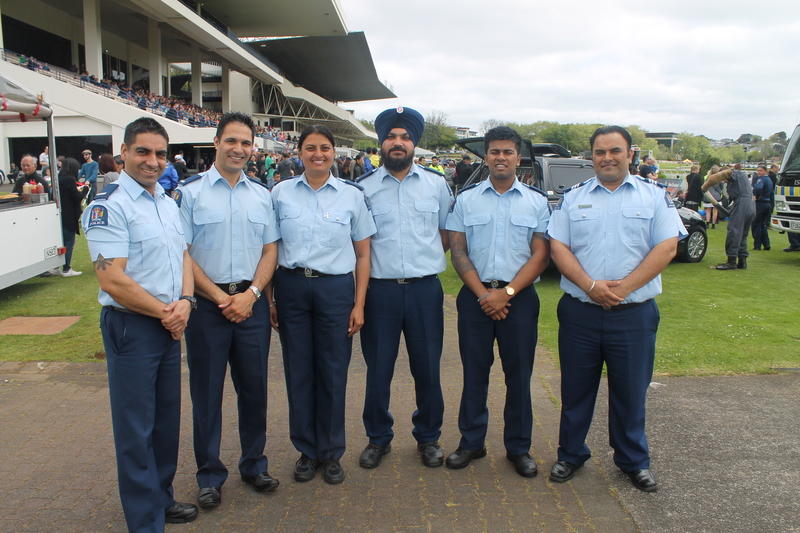 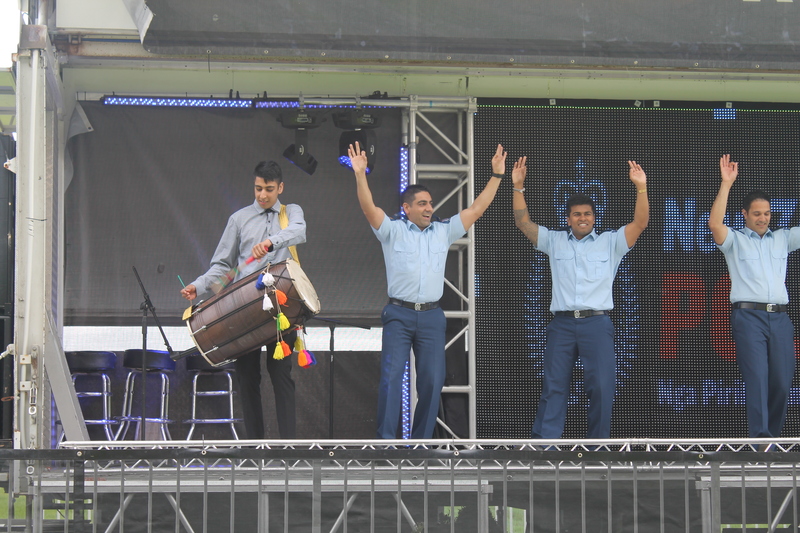 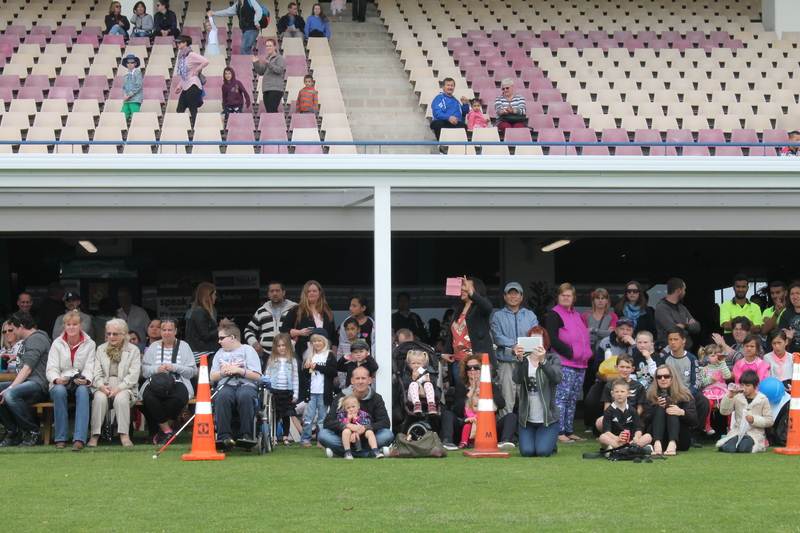 The audience at the Police Open Day.JPG 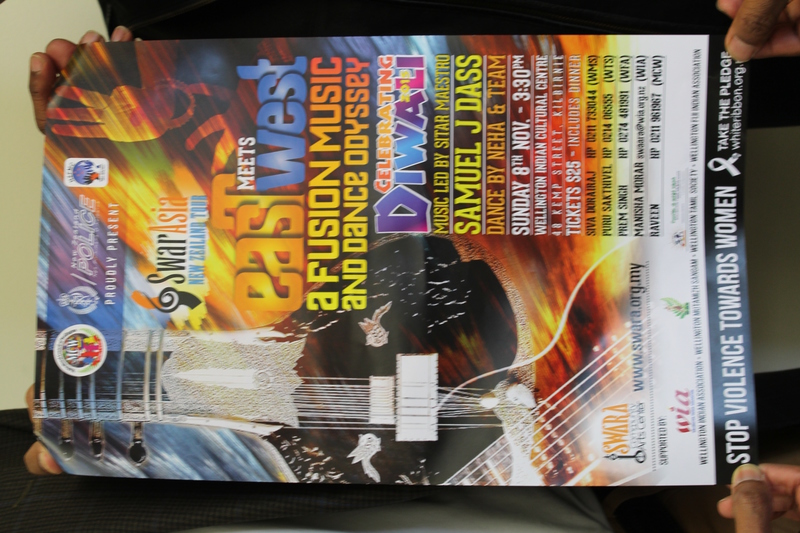 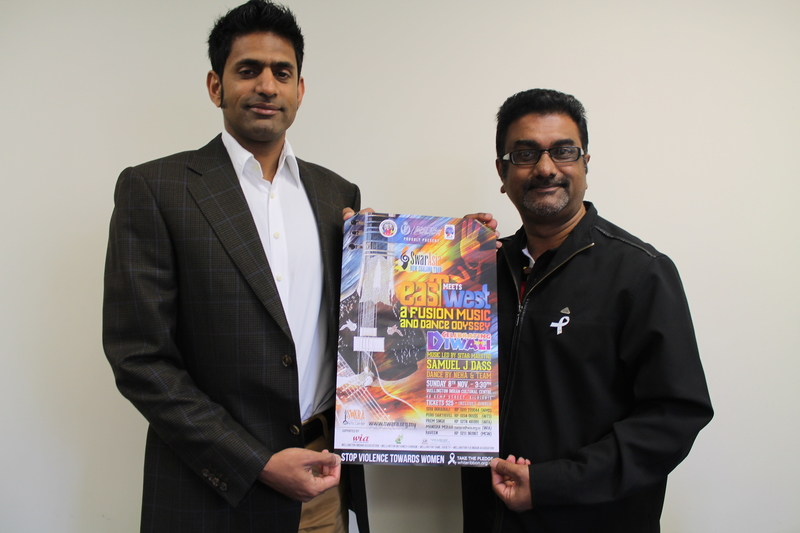 Constable Mandeep Kaur is out of breath when she chats with Justin Gregory at the Police Open Day event at Ellerslie. She and fellow officers from the New Zealand Police have just finished performing Bhangra - the lively traditional Sikh dance from the Punjab that's as significant to the Indians as kapa haka is to Maori here.

The same group of officers will perform centre stage at the Diwali Festival at Aotea Centre in the evening in front of an estimated 30,000 attending public but there’s a serious message behind these festivities, they're pushing the White Ribbon Pledge hard as they do so.

White Ribbon Day is the international day for the elimination of violence against women. Occuring on the 25 November will see a very active campaign across our country. Domestic violence within any community is a serious issue, but within our ethnic communities crimes are being committed at times in the name of “culture”. Added to this cultural and language barriers can make it near impossible for victims to reach out for help until it's too late.

So the New Zealand Police have adopted a new strategy to combat domestic violence and at this year’s Diwali,  now the police are getting on stage to join in the dance too and they're using the community leaders and international and local stars at community events to promote their messages.

This time the NZ Police and the White Ribbon Campaign are teaming up with many men, leaders and role models within their ethnic communities, to send a clear message that domestic violence is not okay. 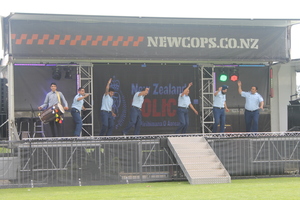 The police have found that the way to reach these communities is through empathetic officers who come from the same ethnic community, can speak the language and understand the culture or faith. Added to this, by having male community leaders step forward and vocally lead the way alongside female role models, the messages are effectively heard.

The Festival of Lights is the most popular gathering and a time when thousands of Indians across NZ celebrate together over several weeks, so it's great timing for any kind of campaign. In Auckland it was Police Open Day and dancing bhangra in Diwali.

And coming up in Wellington the police alongside many Indian associations and the White Ribbon Pledge are teaming up with an international music and dance group to front their campaigns of zero tolerance towards violence.  They're bringing The SwarAsia NZ Tour – EAST MEETS WEST, kicking off in Wellington on Sunday 8 November this year.

SwarAsia tracks sound like a fusion of East meets West with Latin American rhythms accentuated by the Indian sitar and tabla, along with vocals reminiscent of a Bollywood romance. SwarAsia  is led by sitar maestro Samuel J Dass and his group of Malaysian-Indian based musicians and dancers.

I wanted to learn more about how this vital campaign was aiming to reach thousands of Indian here and why many male leaders within our ethnic communities were stepping forward to take up the white ribbon pledge so I headed to the offices of the Multicultural Council of Wellington.

Two community leaders among the group responsible for bringing the SwarAsia tour to the country are Siva Dorairaj (President, Wellington Tamil Society) and Ravinddran Annamalai (President, MCW). Ravindran tell me that it's vital to push a noble cause like the White Ribbon Pledge, especially to educate their own communities.

The impact of domestic violence can be devastating for our small and close knit minority ethnic communities. These communities may already be sensitive to intense media focus and fearful of stigmatisation under the scrutiny of the public eye - Ravindran Annamalai (President, Multicultural Council Wellington)

National Strategic Ethnic Advisor with Police National HQ, Inspector Rakesh Naidoo explains that it’s vital for the police to work in unison with our ethnic communities, he and other Ethnic Liaison Officers work tirelessly across the country within their communities to promote a "friendly and transparent face" to the police force - especially when dealing with some cultures that may have had a history of corrupt policing within their country of origin.

Rob McCann, White Ribbon Campaign Manager tells me that one in every three woman in New Zealand has suffered violence of some sort. He sees the contribution from the male leaders and role models in the public eye as well as those from our ethnic communities as having a wide and positive impact. He tells me that it's time men stepped forward to support women in this message.

It's strength based community work and can only benefit society as a whole.

SwarAsia performs at the Wellington Indian Cultural Centre in Kilbirnie on Sunday 8th November, and expect to see the NZ police there, this time they’ll be dancing with you.

Two founding members of SwarAsia Sitar Maestro Samuel J Dass and tabla performer Prakash Kandasany speak to me from Kuala Lumpur, Malaysia. They tell me they're delighted to be returning to New Zealand and timing it with the Rugby World Cup again.

For all the fans of fusion music out there and your listening delight, the interview with Sam and Prakash and the sounds of SwarAsia are featured at the end of this Voices audio along with their track Kampung Ku.