He was great fun, had a twinkle in his eye and a rather wicked, ironic sense of humour at all times. Loved to party but a serious repository of music of other cultures. – Gillian Ansell, Viola, NZSQ. 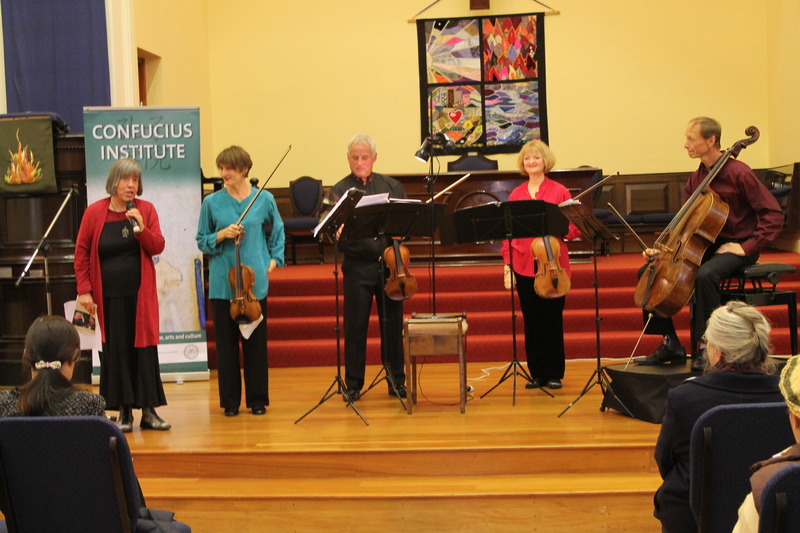 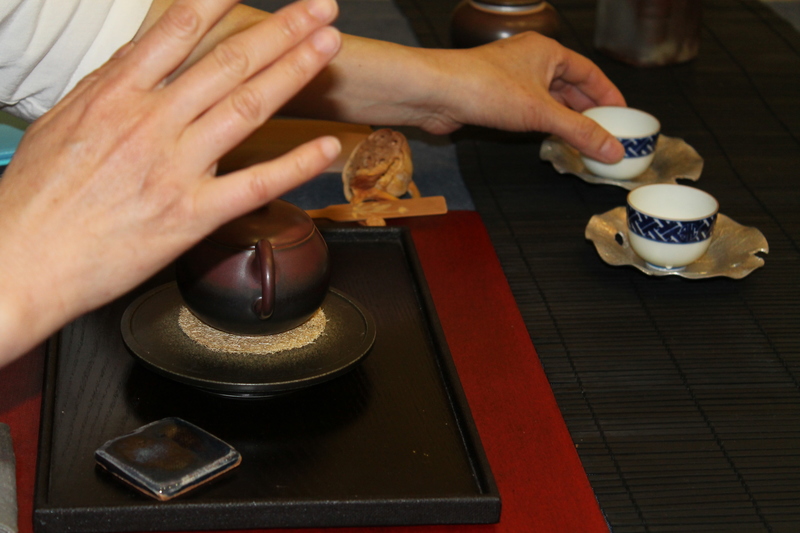 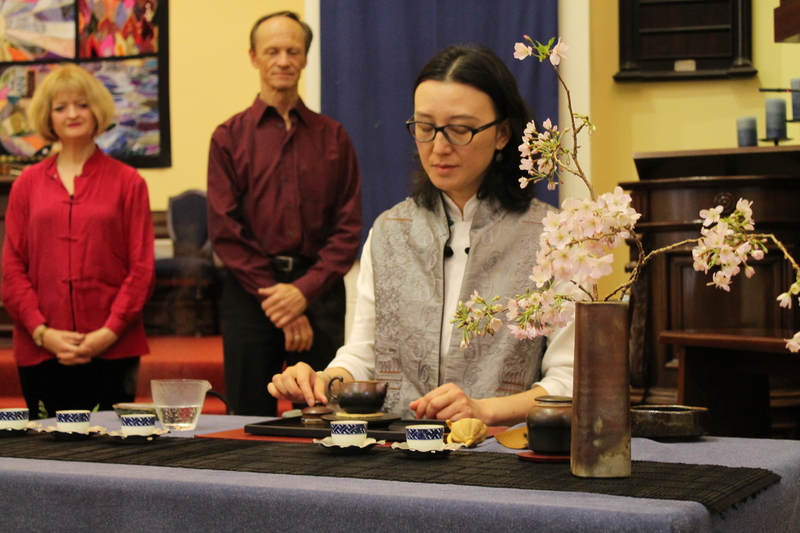 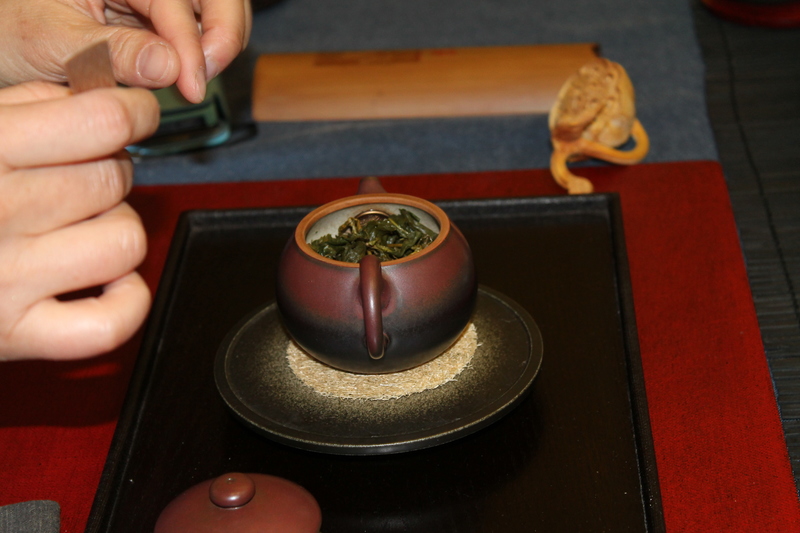 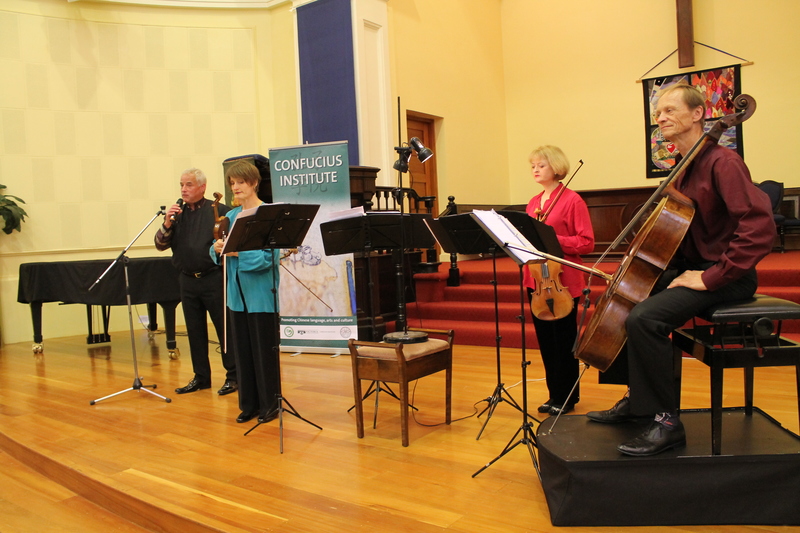 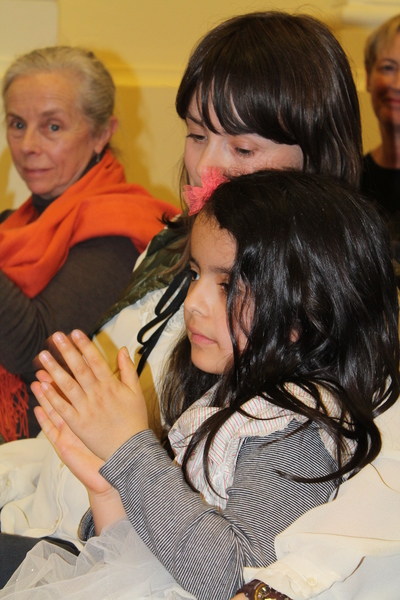 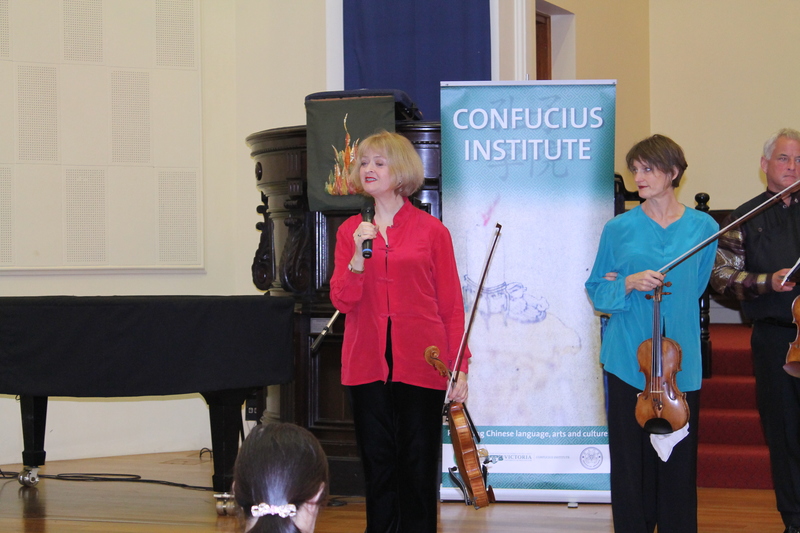 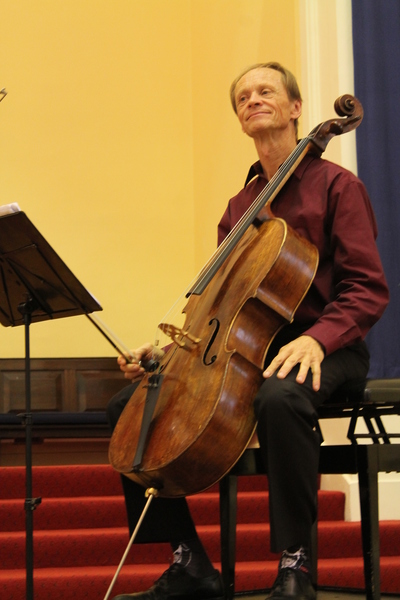 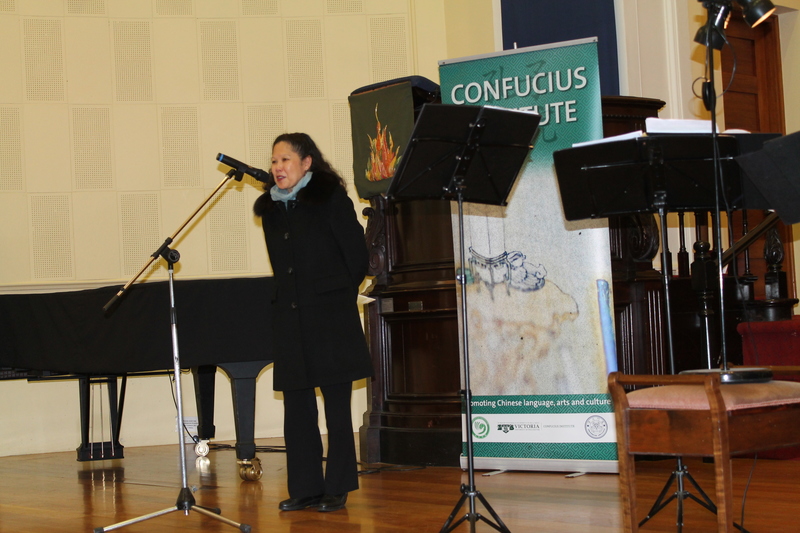 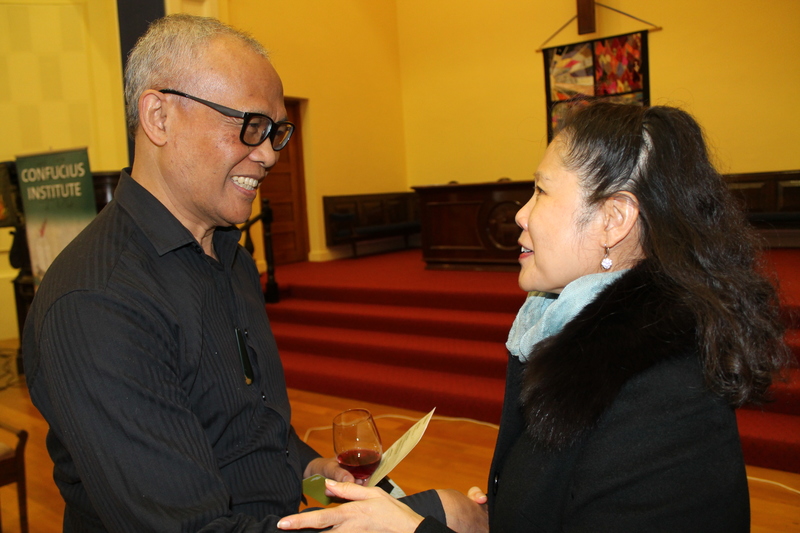 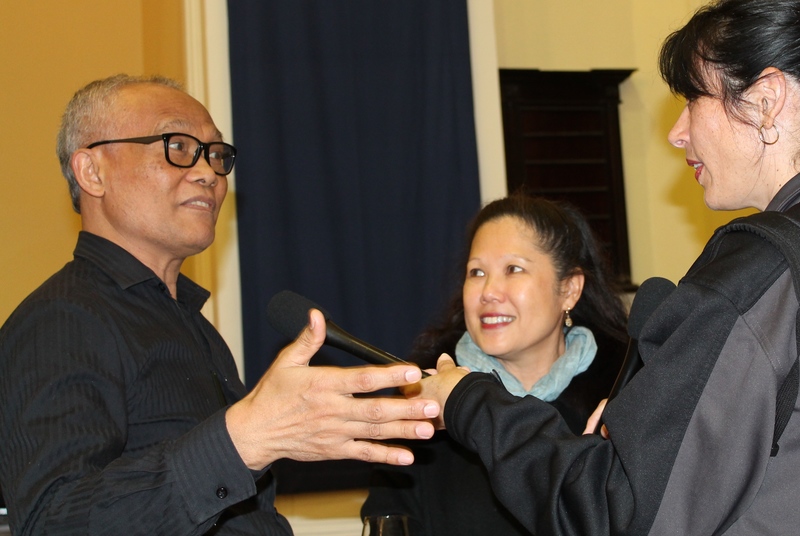 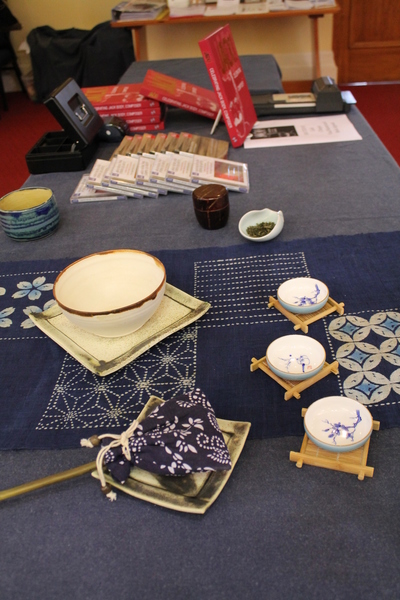 Outstanding New Zealand composer Jack Body passed away earlier this year – so a tribute performance to honour Jack’s musical legacy in China and around Asia was performed with the New Zealand String Quartet, which included a traditional Chinese tea ceremony before and after the concert.

China Revisited – A concert inspired by Jack Body was a one off special performance by the NZSQ, which took place at St Andrews Church on the Terrace in the heart of Wellington’s CBD to a respectfully well attended audience. 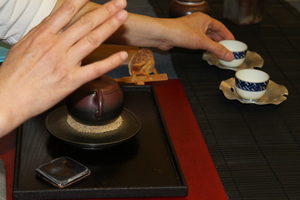 The traditional Chinese tea ceremony made a beautiful and somewhat surreal start to the performance in its hushed silence, before Jack’s 2009 composition Bai Sanxian began.

Presented by the Confucius Institute at Victoria University, the concert recognised Jack’s legacy, his unique compositions and creative collaborations with China and other countries in Asia over the last four decades.

At the concert in addition to Jack’s music, the Quartet performed the works of New Zealand’s finest composers John Psathas, Gillian Whitehead and Beijing based Virtuoso pianist and composer Gao Ping, a long-time friend of Jack Body’s. 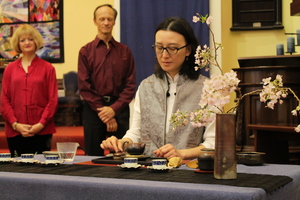 Looking back at his extraordinary music career Jack Body began at Auckland University. He also studied in Cologne and at the Institute of Sonology, Utrecht. During 1976-77 he was a guest lecturer at the Akademi Musik Indonesia, Yogyakarta, and from 1980 to 2010 he lectured at the Victoria University of Wellington School of Music, now Te Kōkī New Zealand School of Music.

Jack’s music covered many genres including; orchestral music, solo and chamber music, music-theatre, music for dance and film as well as electroacoustic music. He was passionate about the music and cultures of Asia, particularly Indonesia. As an ethnomusicologist Jack published recordings that included traditional and rarely heard music from Indonesia and China.

Jack Body was the Music Consultant for the Confucius Institute at Victoria University since it opened in 2010. Through his deep interest in and enthusiasm and love for China, the musical and cultural programme took off.

During China Revisited Jack’s 2003 composition Saetas 1 “Wolf/Tchaikovsky” performed between the works from the other composers. The concert finale was Jack’s 1987 composition; Three Transcriptions; Long-ge, Ramandiana, Ratschenitsa.

Afterwards I spoke with Jack’s partner Yono Soekarno. Yono remembered Jack’s passion for traditional Asian music particularly from China and Indonesia going back as far back as the 1970’s and 80’s. Yono reminisced over Jack’s collaborations with the renowned Kronos Quartet in 1997 who “were like visiting rock stars at the time”. In the classical world, the Kronos Quartet had huge international following. 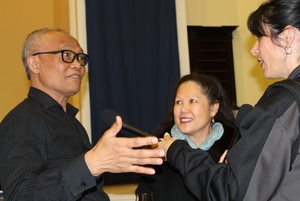 The concert was perhaps a bittersweet experience for Yono especially when they played Long-ge at the end, as part of Three Transcriptions and the piece Jack had composed for the Kronos Quartet in the first place."This is special for me because it’s quite nostalgic, everything brings back memories; it’s lovely to hear everything again. And now to hear it again, in intimate surroundings, makes you want to cry."

Wen Powles Director of Victoria University’s Confucius Institute tells me that Jack probably invented cross-culturalism before it was even thought off. "We will always have Jack as our inspiration. We want to give more longevity to his vision. Because of jack we are very keen to support NZ composers who are interested in working on Asian or Chinese music in particular. The institute are buying an entire suite of traditional Chinese instruments and we will bring Chinese composers to teach."

I spoke with two members of the NZSQ; cellist Rolf Gjelsten and on viola Gillian Ansell who remembered Jack embracing many cultures through music:

Totally unique creature Jack was. Larger than life, seemed to love everything he did. Very enthusiastic, very sincere and passionate about what he did and what he wrote in his search for the meaning of his own music and his fascination with other cultures.

Following this concert the NZSQ will tour to Hangzhou, China, from the 15th of December this year to perform at a commemorative concert and conference organised in Jack’s honour by his Chinese colleagues and friends.

Gillian Whitehead explained how Jack inspired her new work “Quartet” which will debut in the NZSQ tour to China in December this year. "He was a wonderful entrepreneur. He did so much for the country, bringing other cultures into the country and taking New Zealand’s music overseas."

NZSQ manager Christine Argyle showed me the beautiful publication of Jack’s biography sitting next to the elegant objects of the tea ceremony and CD’s of the NZSQ and Jack body’s work.

She tells me that the tour to China will include a conference and concerts, the theme being “transcriptions”, music that has been transcribed from folk music by NZ composers and then developed into larger pieces.

“One concert will be all Jack Body and then another concert with other NZ Composers who have worked with Asian music. He has influenced so many composers in New Zealand. He has brought to NZ this incredible cross-cultural influence into NZ music – that’s his big legacy, bringing in other cultures and blending these cultures into the New Zealand tradition and inspiring the next generation to do that too.”

Jack will be forever remembered through his music, he was able to express his personality and openness to other cultures in a very powerful way that will hopefully eliminate prejudiced in the world. – Rolf Gjelsten, Cello, NZSQ. 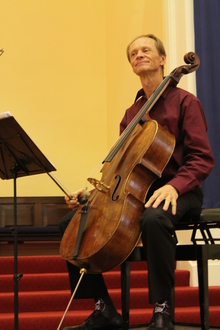 More information can be found about this extraordinary composer at Jack Body.  Among the more delightful tributes on Jack Body’s website is renowned Chinese composer Tan Dun wishing Jack a happy 70th birthday:

At the end of this Voices podcast we have included the full track from the first of Jack Body’s Three Transcriptions (1994) performed by the NZ String Quartet; Helene Pohl on violin, Douglas Beilmanon Violin, Gillian Ansell on the viola and Rolf Gjelsten on cello from their album notes from a journey.