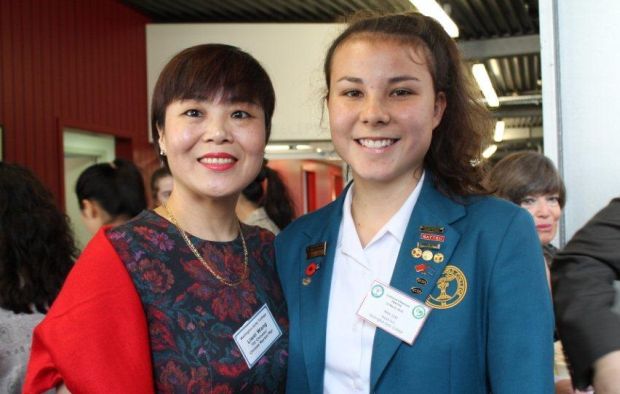 Dàjiāhǎo, wǒ jiào Alex Loo... Firstly I would like to thank Minister Parata, Ambassador Wang and Tony Browne for speaking and thank all our guests for attending this opening. It is an incredible honor to have our  Chinese classroom designated as a Confucius Classroom.

Alex Loo has always wanted to learn Mandarin but her New Zealand Chinese family gradually lost the ability to speak their heritage language at home. Alex is one of two Head Girls at Wellington Girls' College. Now a year 13 senior student Alex has been studying Chinese language and culture since year nine and her dedication has paid off.

The Mandarin Language Assistant performs the guzheng (Chinese zither) and then Alex delivers her speech to a packed assembly in the school hall, in flawless Mandarin.

The opening of this dedicated Confucius Classroom is a dream come true for many students like Alex. 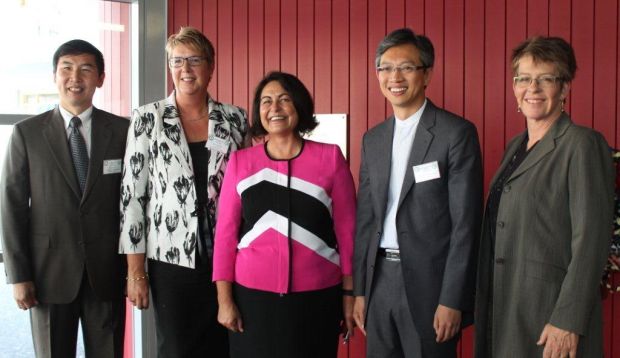 Principal Julia Davidson tells me that the new resources means new electronic equipment to enable video-conferencing with schools across the country or even academic institutions in China. It's the opening of a doorway to opportunities like regular school trips to China too.

Anything we can do to expand their horizons. We see providing language as another way of helping them to regain their cultural heritage. It's a real badge of honor.

Tony Browne, Chair, Victoria University of Wellington Confucius Institute is also our former Ambassador to China (2004-9). He explains that this is not just about learning a language, this is about understanding a culture and a people, a very important country with close ties to New Zealand. He says China is becoming so much a part of the future of New Zealand.

Tony tells me that there are only two Confucius Classrooms at schools in Wellington, and only four at schools in the lower part of the North Island, associated with the Confucius Institute at Victoria University. In each case it's an international designation, they are achieved by many years of committed teaching of Chinese language, many years of effort. In the case of Wellington College it's over 25 years of effort. "These are schools that are pioneers of learning Chinese in New Zealand before it became fashionable."

Director of the Confucius Institute, Wen Powles tells me that what Wellington Girls' College is now part of is a world-wide network of schools with Confucius Classrooms. "These are the foremost schools across the world teaching Chinese. Obviously they've been given this recognition for a reason, the reason is both their longevity in teaching Chinese and their programming having Chinese as part of their curriculum.  Having taught Chinese since 1988, Wellington Girls College fully deserve this honor."

Wen explains that trips to China are available to any schools but having a Confucius Classroom means the college will be recognised across China as worthy of support.

I've met quite a few graduates from the college with Chinese in their toolkit and these girls seem to me to be very well prepared to operate in the world outside, in many fields.

Gallery: More pictures from the opening 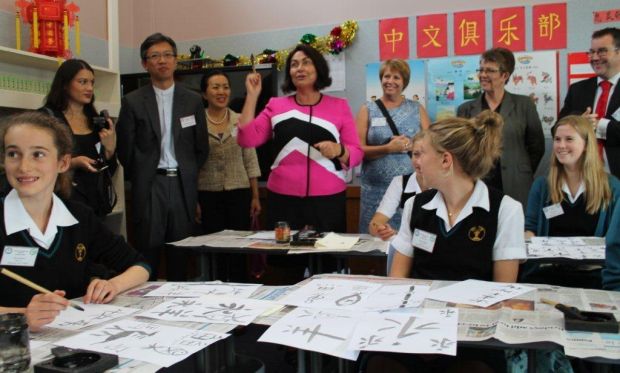