Monkey Business - a tribute to the late Warwick Broadhead 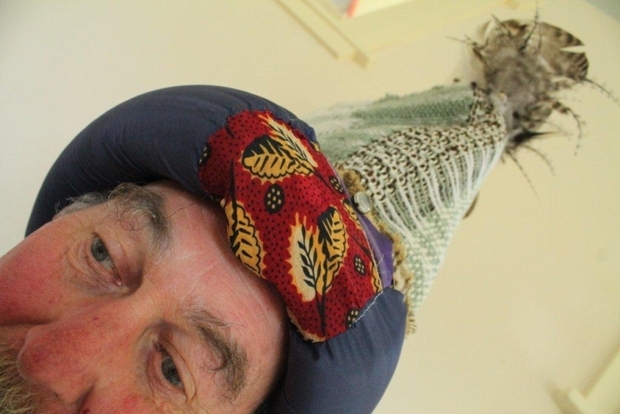 I got these out and - [SMASH! CRASH! KA-BOOM!] ... and here he is, breaking out of the mountain! - Warwick Broadhead (1944-2015) performing an excerpt of Monkey, the epic Chinese classic by Arthur Waley.

Dodging pots and pans as they flew about his living room, I was being treated to the most exuberant solo performance of the classic Chinese epic Monkey I'd ever witnessed.

Classic Chinese mythology was brought to life on Waiheke Island by the late legendary New Zealand performer Warwick Broadhead. Monkey - a solo theatre production might have been the world's longest performing play, taking two and a half years in total to perform.

I travelled to Waiheke last year to experience some history in the making. 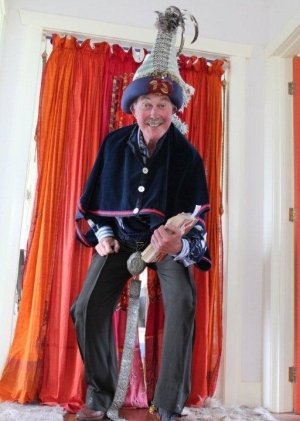 It was with great sadness that I learned of Warwick Broadhead's passing on January 8th this year. I learned this as I was editing this story, planning to celebrate the first Voices programme for 2015. And yet listening to Warwick's excited retelling its impossible not to smile as he performed his interpretation; an excerpt of chapter 14 where Monkey had been released from his 500 year prison sentence inside a mountain, placed there by Buddha.

The Journey to the West was first written in the 16th Century by Wu Cheng'en about the adventures of the irreverent trickster Monkey God and the monk Trippitaka on a pilgrimage to India to bring the Buddhist scriptures back to China. Arthur Waley's famous 1942 English translation of this Chinese epic was the source of inspiration for Warwick.

Using anything that came to hand to lift the words off the pages within his purpose built tree-house like home on the island of Waiheke (such as his pots and pans, his clarinet or his $10,000 hand-made socks – part of his costume and a whole other story entirely) Warwick had me entranced.

Monkey's inaugural performance opened on Saturday 3rd January this year. This might have been the longest performed theatre piece in the world, premiering on the first Saturday of every month – every chapter to be performed until July 2017 – except that Warwick prophetically passed only a week after his first performance.

Born in 1944, Warwick Broadhead died peacefully in his home on Waiheke Island on 8 January this year at the age of 70. He was found holding the book he'd been reading, In the Company of Angels.

This iconic performer and one of New Zealand's most innovative theatre practitioners will be sorely missed.

Warwick Broadhead spoke to Bryan Crump on Christmas eve 2014 about the 20-year development of Monkey and his wider career in New Zealand theatre.