The acclaimed documentary Lost Years by Canadian film-maker Kenda Gee covers historical discrimination targeted against Chinese worldwide. When Kenda Gee followed the heart-breaking stories of his own Chinese family’s immigration to Canada around a century ago, it became a journey that took him across America, Australia and eventually to New Zealand, where powerful stories from our own Chinese communities emerged. Community Leader Esther and David Fung, along with several other prominent Chinese New Zealanders were among those to bring our own dark history to light in this film.

As one of around 25,000 Poll-tax descendants living in New Zealand it was a documentary that reflected stories from Lynda Chanwai-Earle’s own family history too, one reason she was keen to follow Kenda’s footsteps to learn more. 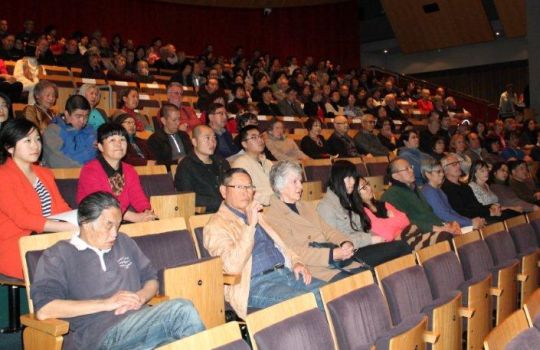 A full audience at the Wellington screening of Lost Years