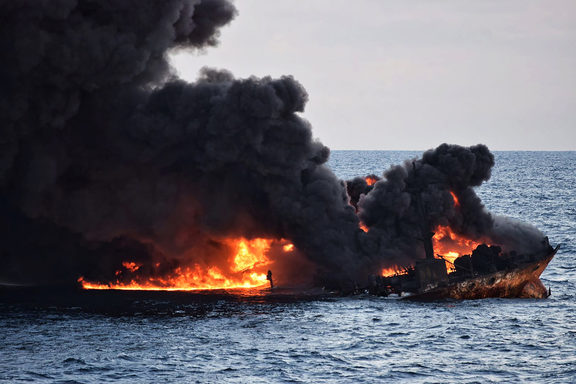 This handout file picture from the Transport Ministry of China taken and released on January 14, 2018 shows smoke and flames coming from the burning oil tanker "Sanchi" at sea off the coast of eastern China. Photo: AFP

Earlier this week in China, an Iranian tanker sank.

Oil has been coursing out of the rig for days, the slicks growing in size.

If it doesn't burn off or stop chugging out soon, this could be one of the biggest oil spills in 50 years.

But as journalist Adam Minter has discovered, the East China Sea has been so heavily overfished, there's little marine life to be worried about.