When the gene-editing tool CRISPR hit the news a few years ago it sounded like magic – we can now turn on and off genes at will. But who really wants frog genes in their tomatoes? 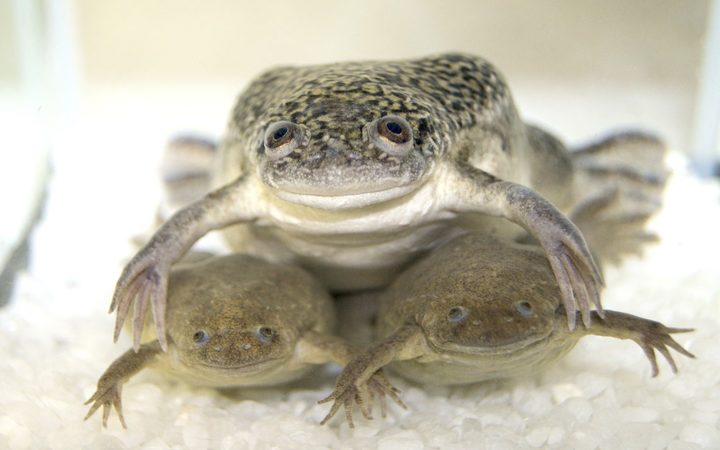 The African clawed frog (shown here on top) is a a common research subject whose genome was sequenced in 2016. Photo: Atsushi Suzuki, Hiroshima University

There's a revolution going on in the world of genetics; it's called CRISPR gene editing, so how is this genetic technology being used to breed and grow the plants and animals that we eat, and how is it being regulated both here and overseas.

Before having a go at explaining what gene editing is (great explainer from The Royal Society), I thought I’d lay my genetic credentials on the table.

I’ve been discussing genes and genetics for over 10 years now as a journalist - everything from sequencing the genes of beer yeast to gene therapies that restore hearing.

I love biology and genetics seemed a good way to explain the physical world around me...but I realised I knew nothing about how DNA actually worked - how does this invisible molecule that’s in nearly every living cell make me me, you you, a cat a cat, and a poodle a dog?

But how could 4 letters, the chemicals sequences of  A C T G really be the foundation of all life on this planet... I wanted to find out so I started stalking my local genetics lecturer, and before long was crashing the Biomedical Degree at the university just up the road learning about evolution, how DNA worked and populations genetics.

I was allowed to work in a lab discovering how to use pipettes, fill gel baths and wear a lab coat, it was part of a project to classify octopus caught in and around NZ, and establish how they were related.

Somehow I managed to get my name on a yet to be published scientific paper with the snappy title of ‘Systematic and phylogeny of New Zealand benthic octopuses (Cephalopoda: Octopodoidea)’.

If life really can be reduced to a sequence of 3 billion letters then why did my life seems so complicated! 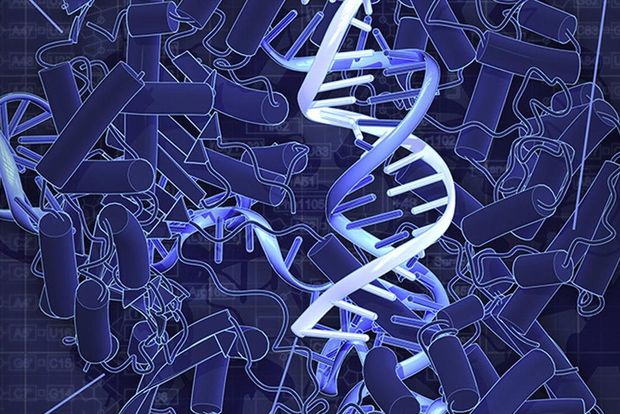 When CRISPR hit the news a few years ago it sounded like magic - now we can turn genes on and off at will and it was different to traditional GM where genes were spliced from one species to another - who wants a frog genes in their tomato?  But I realised CRISPR can also be used to genetically modify an organism and mix genes from different species, what’s known as a GMO.

Prior to CRISPR there were other ways to edit a genome, it’s just CRISPR is relatively cheap and fairly easy to do; you can even buy an online DIY CRISPR kit in the US.

CRISPR isn’t that new -  its a biological system used by bacteria for billions of years.

It’s part of a bacteria’s immune system and allows them to remember, recognise and then get rid of viral infections. Simply put, when a bacteria is attacked by a virus, it identifies it as an enemy, cuts some of its DNA out, and kills it. This snippet of DNA, a genetic mug shot if you like, is stored in a library, so that next time the bacteria comes across the villainous virus, it does a quick search of the mugshot library, recognises it as an enemy, and zaps it dead.

It's this ability to recognise a sequence of DNA on a genome, and then precisely target it that forms the basis of the CRISPR- Cas9 gene system and scientists are using it to fight diseases and develop new drugs, control pests and grow food, and its crop production that we’ll be exploring in this programme.

Growing CRISPR gene edited foods for sale here in NZ is heavily regulated and it's not clear if it would be permitted, but that’s not the case elsewhere.  So how will NZ regulate these foods from coming here?  How can we police our borders for CRISPR foods when the genetic changes that are made are the same in many cases as those that happen in nature?

The CRISPR system for editing genes is evolving at a rapid pace, scientists are finding it hard to keep up, and explain the nuances to the general public is a real challenge.  We’re already up to CRISPR 3.0, a sharper editing scalpel to make changes to single letters in a genome.