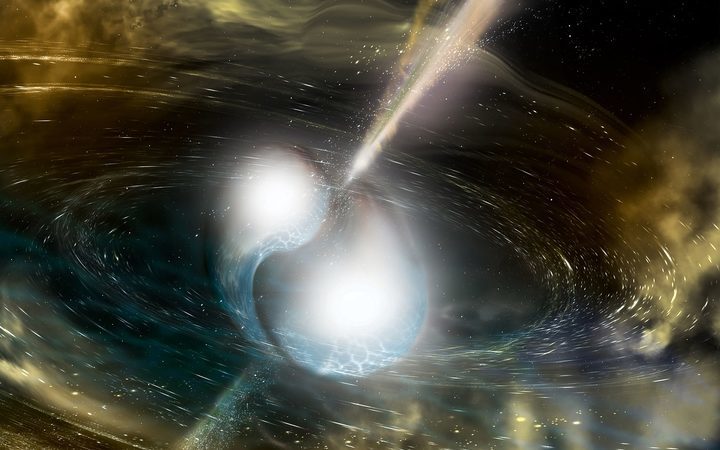 Earlier in the year, scientists were able to observe the merging of two neutron stars. This cosmic collision took place around 130 million years ago.They were able to confirm the long held theory that the origins of the heavier elements came from such events.

In other words there's gold in them there stars!!
Simon Morton asked University of Otago geochemist Dr. Mike Palin to go big, and delve into the origins of metal.