Birdman Hugh Robertson is on the trail of the kaka, one of New Zealand's three species of parrot. Audio

“Often in the bright sunshine, scores may be observed, with loud screams and chatter, flying and circling about, and, high above the outskirts of the bush, apparently bent on enjoying some short… Audio

Kaka monitors at the Zealandia

From August till February, in her spare time, Arts on Sunday presenter Lynn Freeman is part of a hardy bunch of kaka monitors at the Zealandia sanctuary in Wellington. Audio 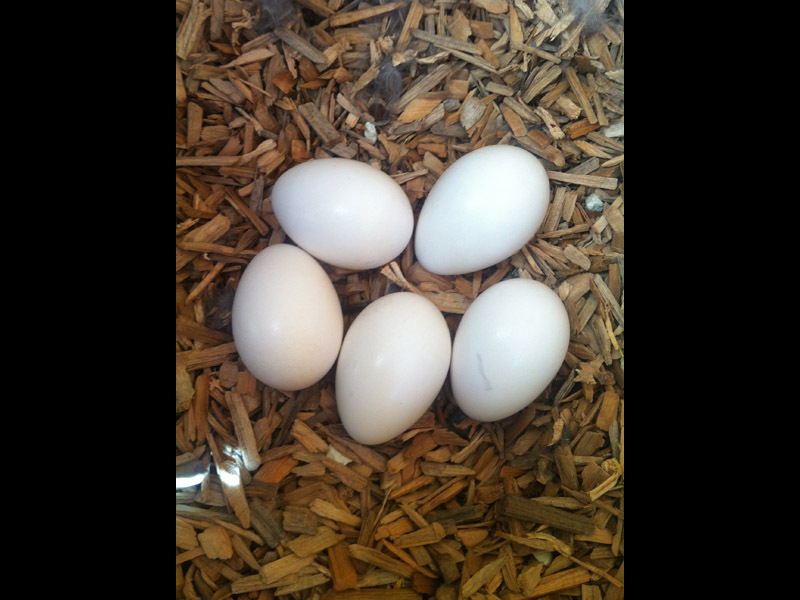 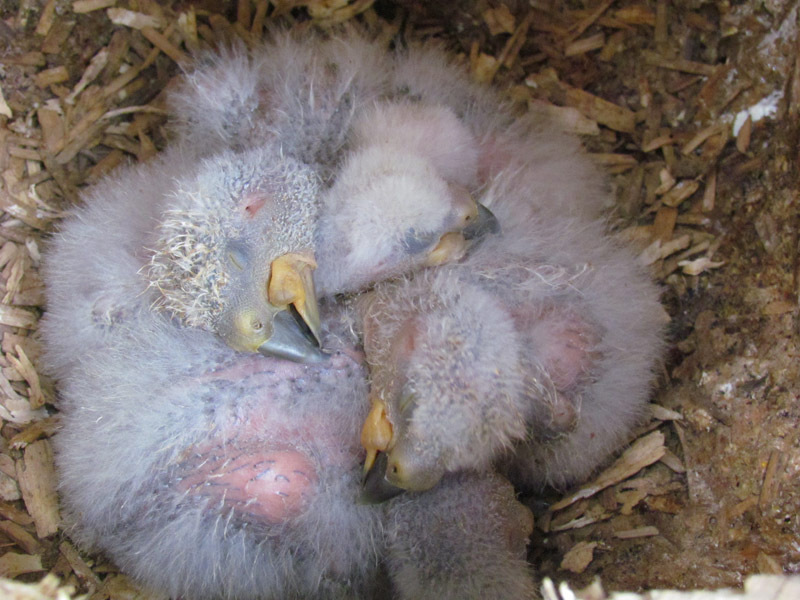 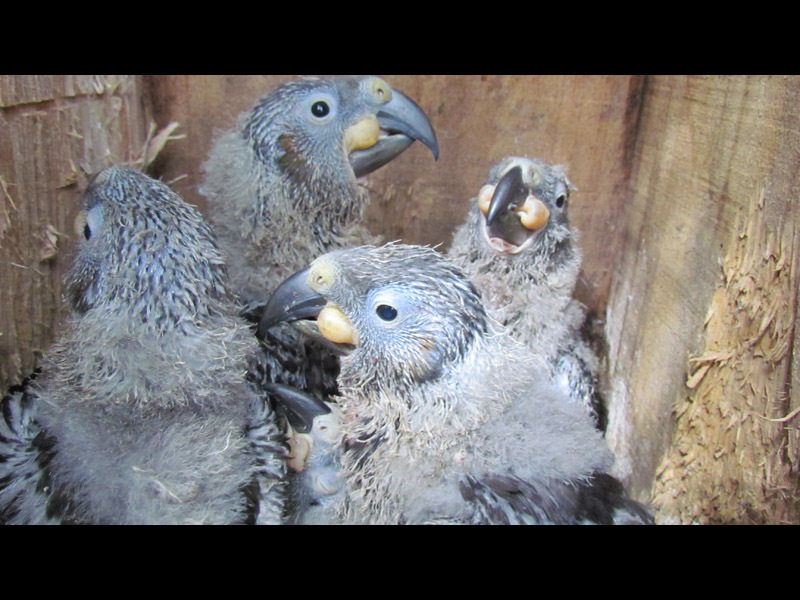 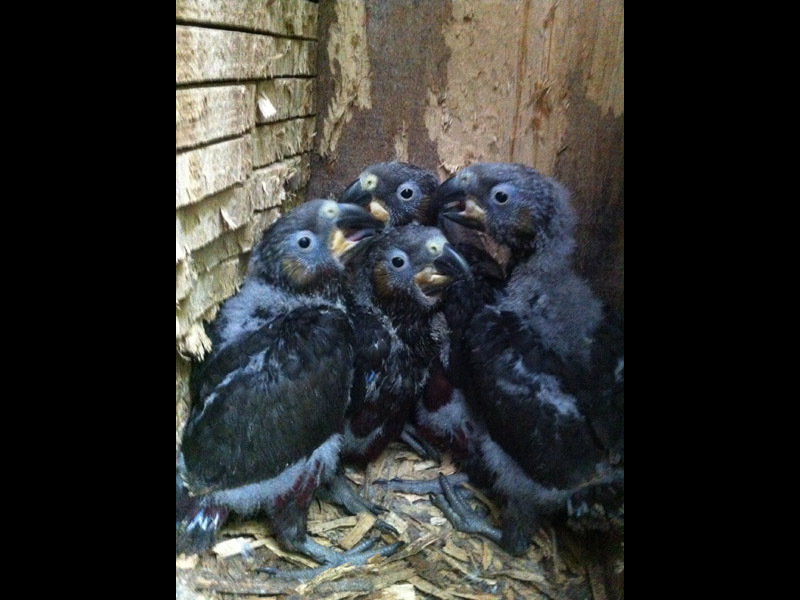 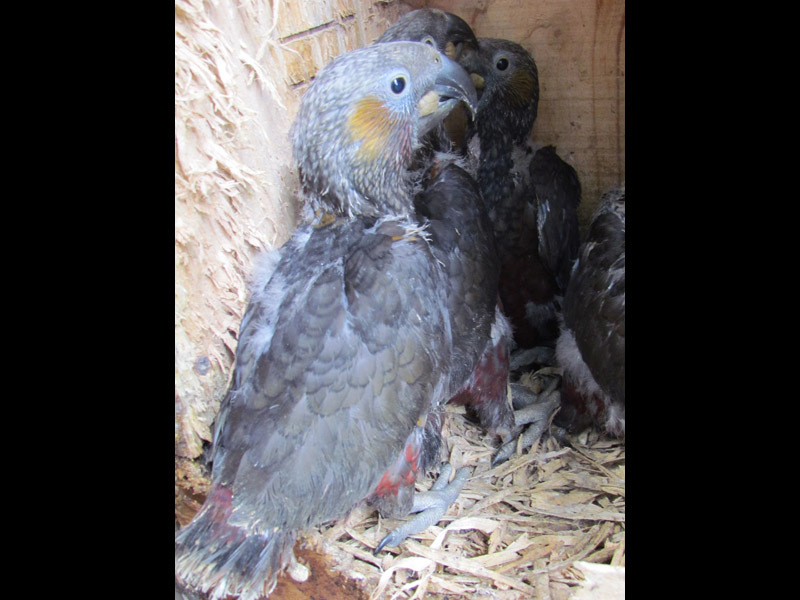 Chicks ready to be banded at around 6 weeks. 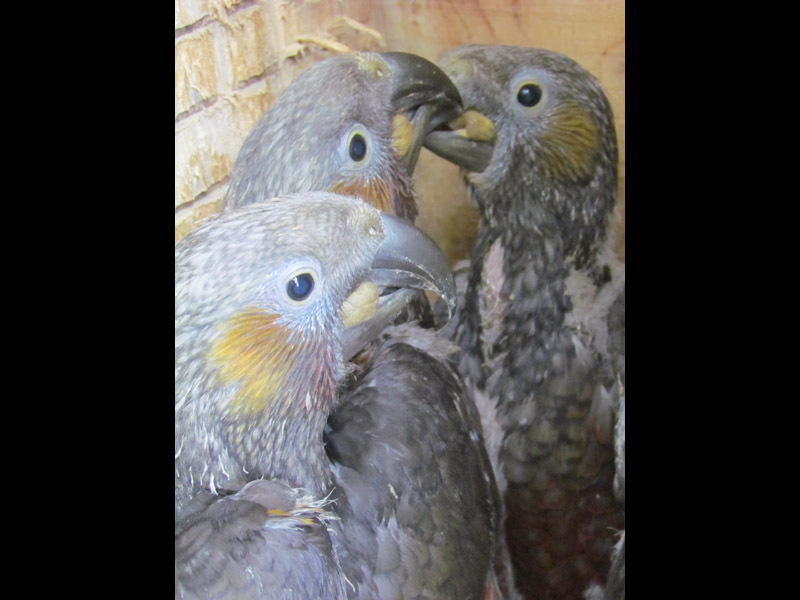 Close up of 6-weeks-old chicks. 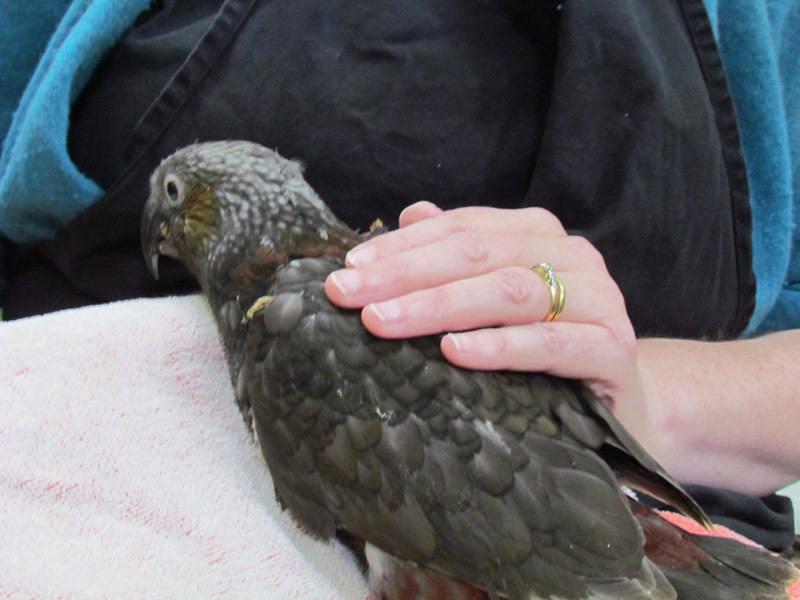 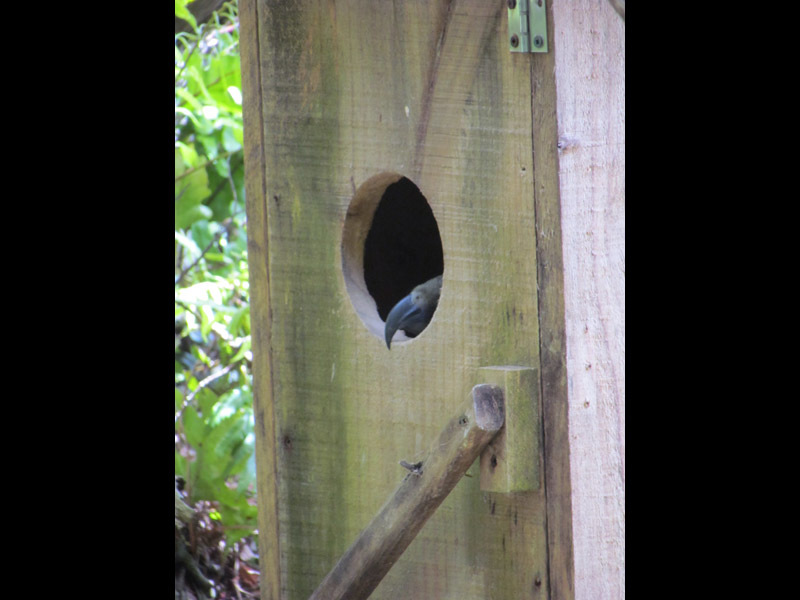 Tentative beak ahead of fledgling. 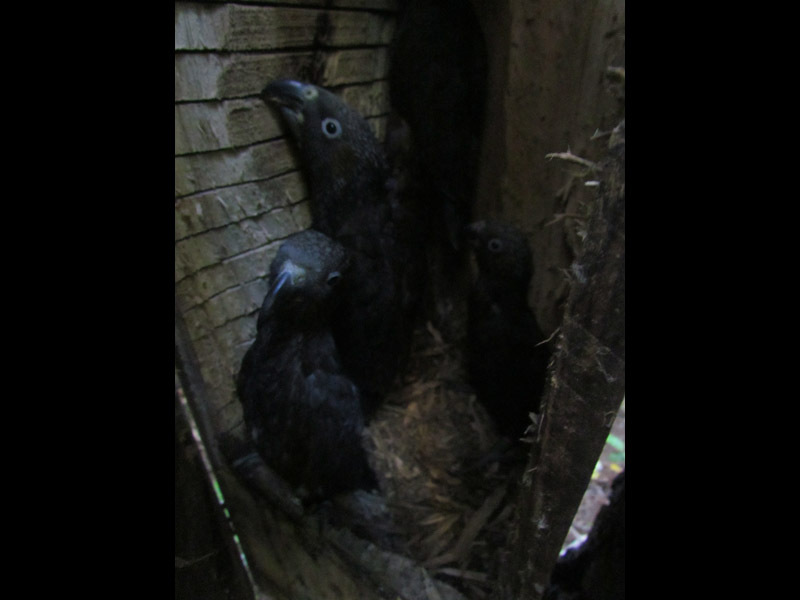 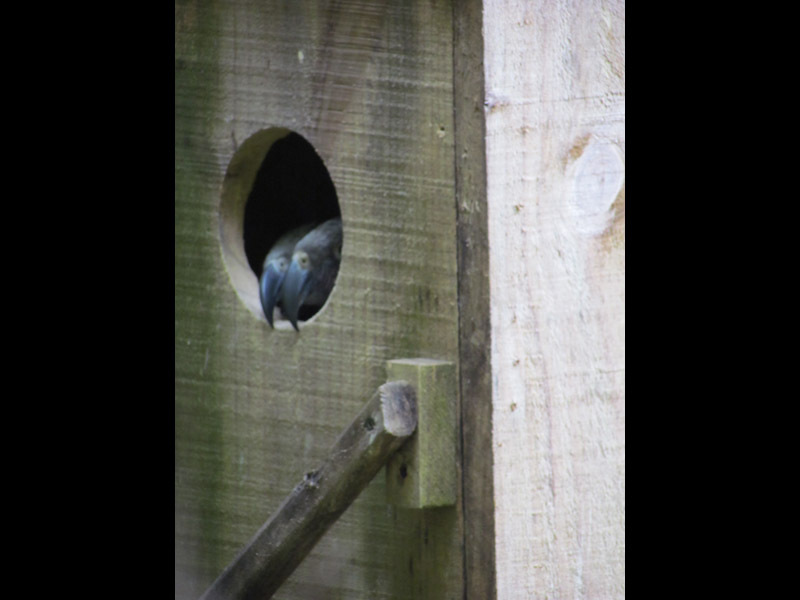 Double trouble! who will get out first. 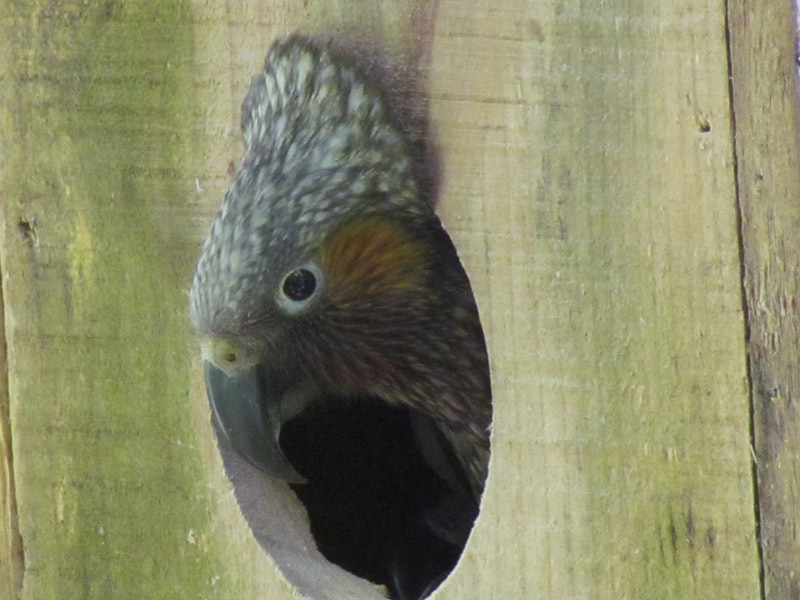 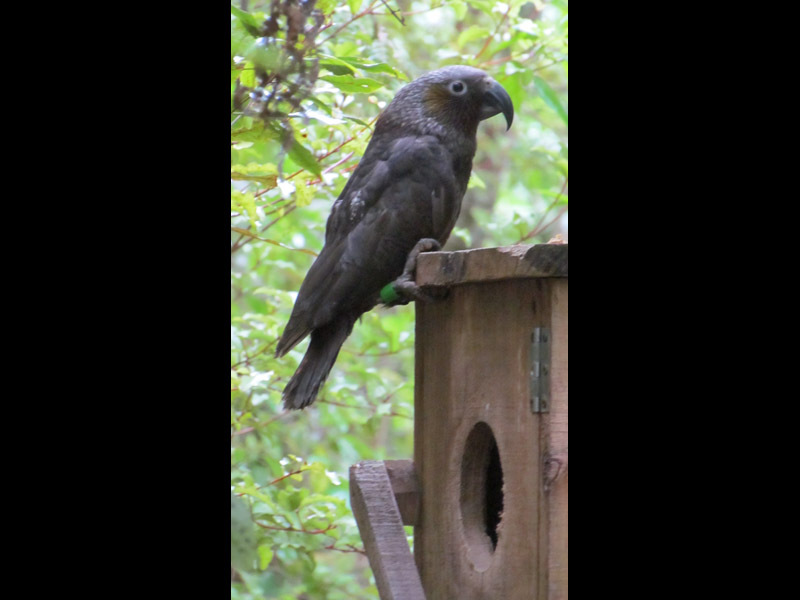 Chick just out of nestbox clinging to top of box and taking in its surroundings. 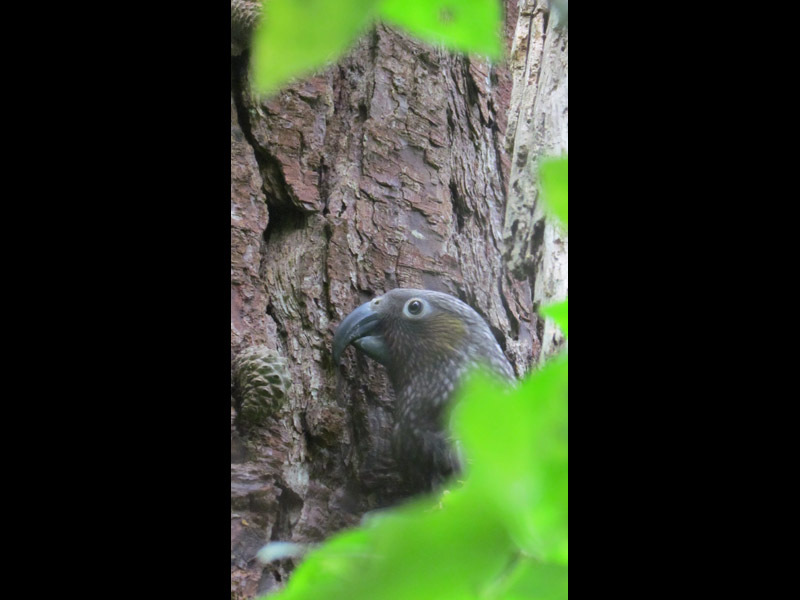 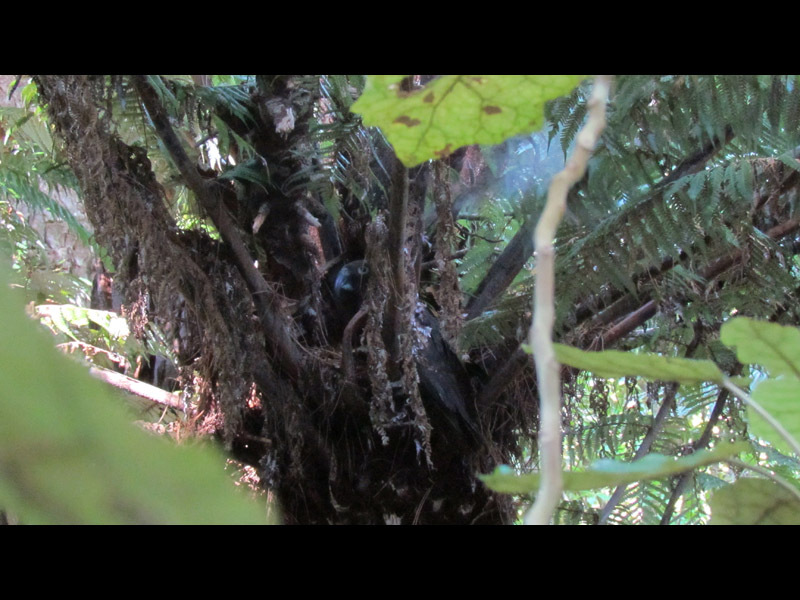 MY-G makes it over to a punga. 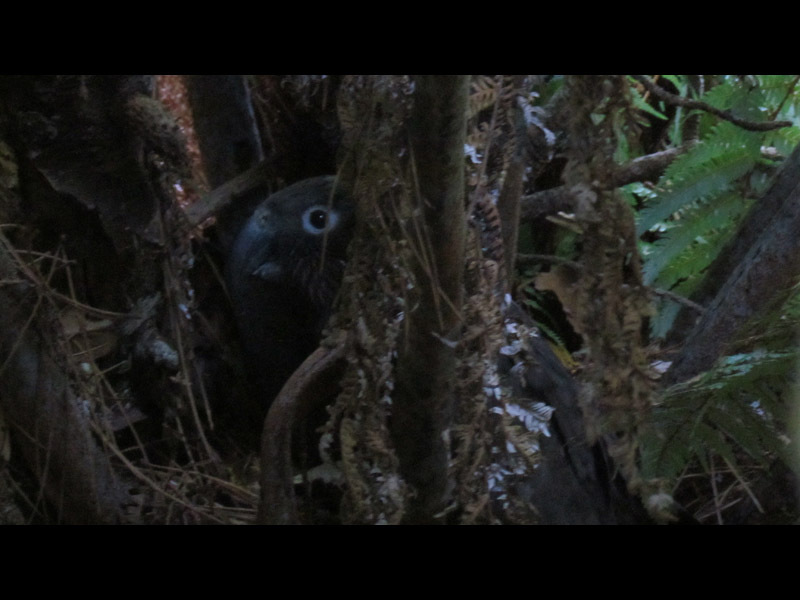 Close up on MY-G hiding in a punga just a couple of hours after leaving the nest box. 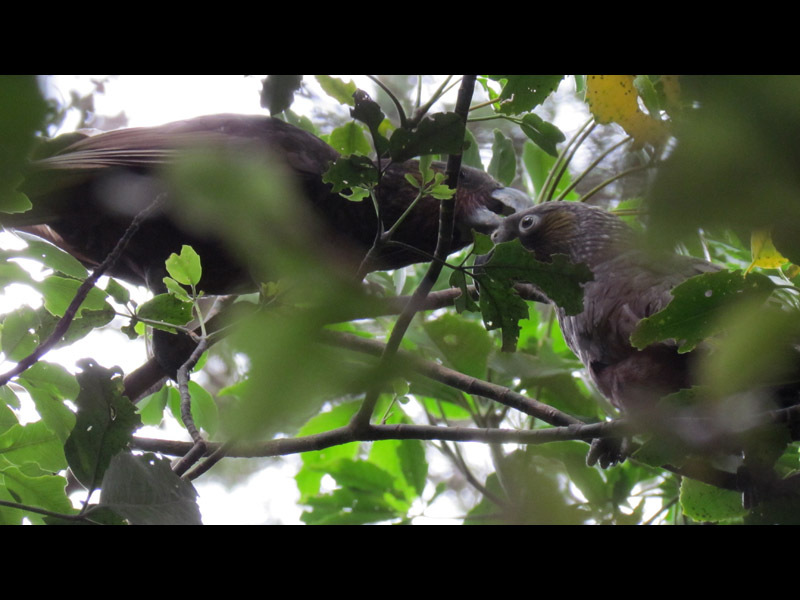 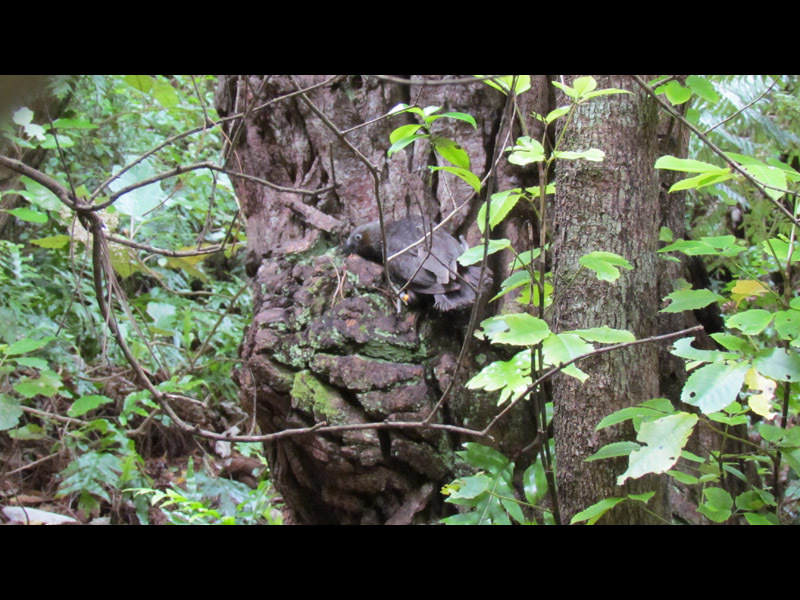 MY-G crashes down to earth and clings onto tree 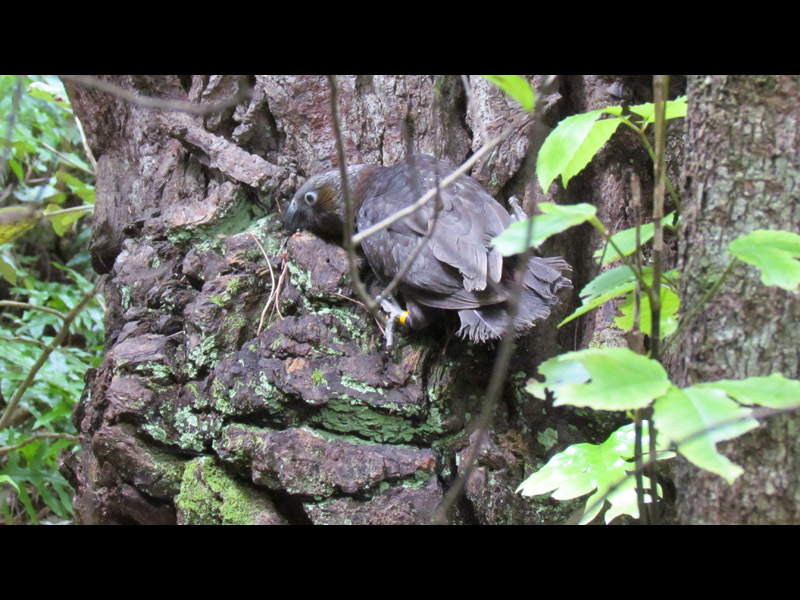 Last sighting of MY-G - I left him in peace at this point! Looking forward to seeing him in the valley soon.

The kaka survey at the Zealandia sanctuary in Wellington

Lynn Freeman monitors the feeding habits of the kaka. Audio

Listen duration 6′ :00″
Add to playlistPlaylist
Download
The kaka survey at the Zealandia sanctuary in Wellington

Since six kaka were reintroduced to Zealandia in central Wellington in 2002, their numbers – boosted by some more reintroductions – have climbed to around 200, although they’re hard to count as they fly freely in and out of the fenced sanctuary. These large native forest parrots have become a common sight around the central city, frequenting parks, the botanic gardens, the town belt and suburban gardens. The bird pictured at left is an adult male North Island kaka (image © Albert Aanensen from NZ Birds Online)

Their habit of stripping bark to get at sap has been causing damage to some large trees such as eucalypts and macrocarpas, and Wellington Botanic Gardens staff have had to remove some dying branches to prevent them falling. The kaka also feed on seeds and cones on old pine trees.

Victoria University of Wellington master’s student Kerry Charles looked at the impact of these urban kaka on city trees, documenting damage, observing kaka feeding and trying to work out which birds were doing the sap feeding and what kind of trees they favoured. She tells Alison Ballance that she made 40 observations of birds sap feeding, and found that birds of both sexes and all ages were involved, including birds that were also regularly easting supplementary food at Zealandia. They favoured exotic trees in prominent positions on ridge tops. Kerry’s advice to Wellington City Council has been to consider a phased-in replacement of exotic trees with natives.

Teenage Kaka parrots have been doing a lot of damage at the Karori Wildlife Sanctuary. Audio

Don't feed the kaka! Thats the message from conservationists in Karori who want their neighbours to stop leaving out treats for the birds. Audio

A pair of kaka called Mr and Mrs Roto have been allowed to return to the wild after many years. Mrs Roto has been captive for 27 years with the Orokunui Eco Sanctuary. Audio

1080 poison does wonders for a kaka population in Fiordland

Listen duration 3′ :21″
Add to playlistPlaylist
Download
1080 poison does wonders for a kaka population in Fiordland

First wild kaka born in a century in Wellington

A nest of kaka chicks has been spotted on the edge of Prince of Wales Park in Wellington. Wellington City Council's manager of reserves is Myfanwy Emeny talks about the discovery. Audio

Are getting people fed up with the kaka?

There are so many kaka flying around Wellington they are in danger of killing off the trees they're gnawing on. Audio

Listen duration 3′ :29″
Add to playlistPlaylist
Download
Are getting people fed up with the kaka? 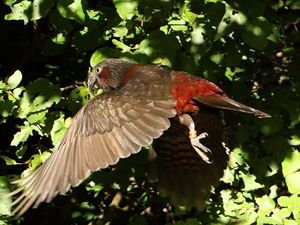