Antibiotic resistance is a major threat to public health worldwide, and microbiologist Adam Roberts is one of the scientists getting creative on the hunt for the next penicillin.

He's leading the Swab and Send project, which is collecting swabs from the grubby surfaces of everyday life. 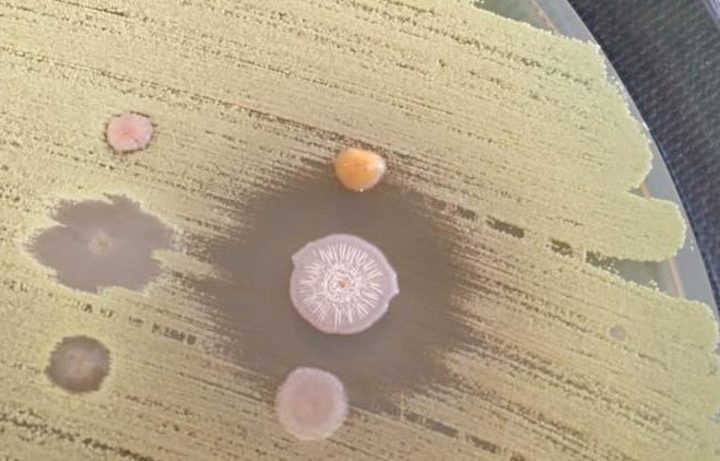 Almost one million people die around the world every year from infections that cannot be treated with antibiotics, and there are fears this total could reach 10 million a year by 2050 if we don't do something about it soon.

As the World Health Organisation recognised back in 2014, antibiotic resistance is a major threat to public health with potentially devastating consequences.

Finding new drugs that work is one solution, but the pipeline for new antibiotics is looking decidedly sparse, meaning that scientists are having to adopt more creative approaches as they hunt for the next penicillin.

As well as looking at the bottom of the world's oceans and hunting elsewhere in nature, they are also inviting the public to take swabs from the darkest, dirtiest corners of their lives and send them in for analysis. It's an acknowledgment that the next new antibiotic is more likely to come from a grubby keyboard, or a dirty toilet seat than from a shiny lab.