The trucks that drive themselves

Self-driving has just been identified as one of the top ten breakthrough technologies by MIT's Technology Review.

This Way Up looks at how far we are from seeing driverless trucks on our roads. 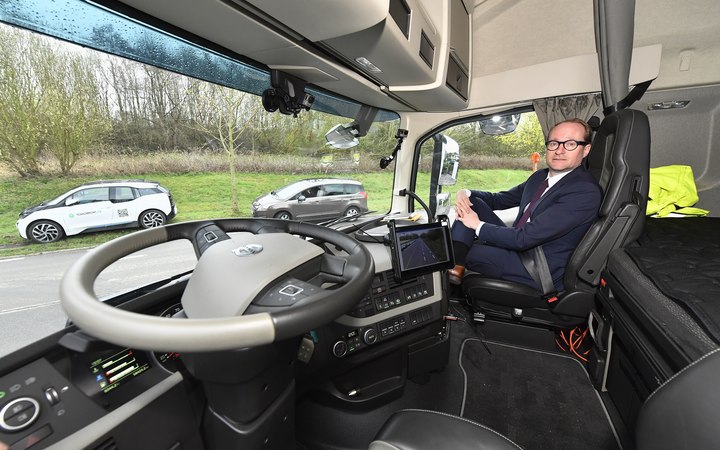 Flemish Minister Ben Weyts poses with a truck at a press meeting on the 'EU Truck Platooning Challenge 2016' involving self-driving trucks which are traveling from Sweden to Rotterdam via Belgium. Photo: ERIC LALMAND BELGA MAG BELGA

The driverless vehicle race is underway with over 30 companies in the US alone testing autonomous cars on the roads.

Uber and Google are among the businesses banking on this new technology. According to Google, its driverless cars have travelled over 4 million kilometres in the past 7 years and so far there's been about 20 accidents. Proposed rule changes in the US could see driverless cars permitted on some roads there by the end of the year.

But could similar technology be applied to 50-tonne trucks, sometimes travelling in convoy?

"The economic rationale for self-driving trucks might be even stronger than the one for driverless cars. Autonomous trucks can coordinate their movements to platoon closely together over long stretches of highway, cutting down on wind drag and saving on fuel. And letting the truck drive itself part of the time figures to help truckers complete their routes sooner" - David H Freedman in The Technology Review