"So I look up and close my eyes, then I just look around the room for a moment, then come back to normal" - Ava 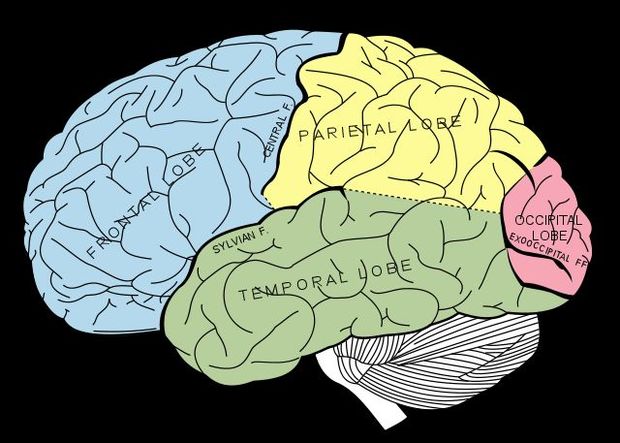 Because the temporal, occipital, and parietal lobes are so close, electrical activity can easily travel between them Photo: Public Domain Henry Vandyke Carter Henry Gray (1918) Anatomy of the Human Body

“One night we were dinner and I was having a conversation with Ava. And right in the middle of the conversation she stopped talking and seemed to close her eyes. I thought ‘Gosh, she’s exhausted, she’s falling asleep at the table’. Then she did the same thing at bedtime – just seemed to blank out.

"So, of course, being a 20th-century mother, I googled it as soon as she’d gone to sleep. And the result came back that she was likely to be having an epileptic fit. Not the fit that I thought of as being epilepsy, but an absent seizure, which is just a pausing of awareness” - Amelia