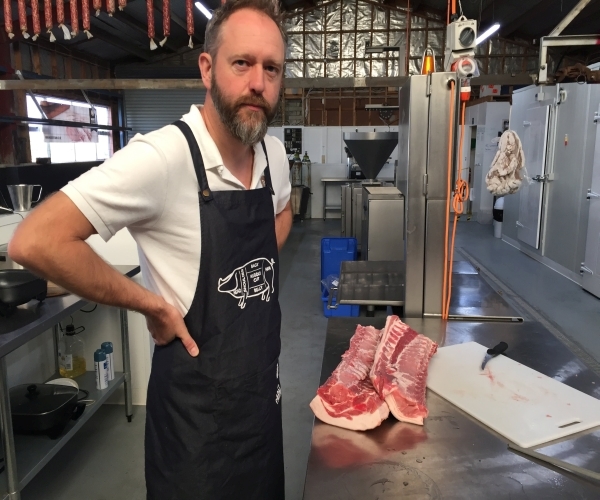 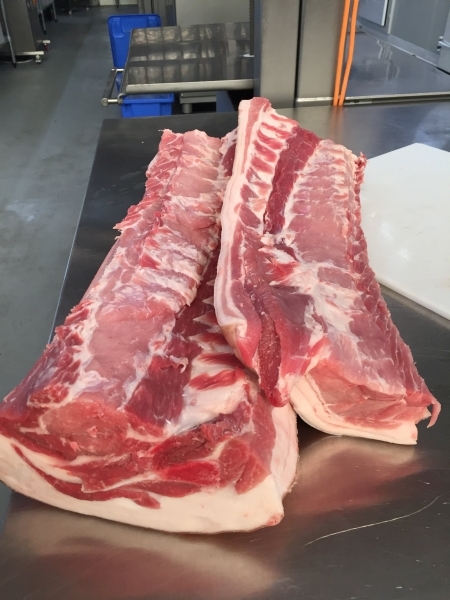 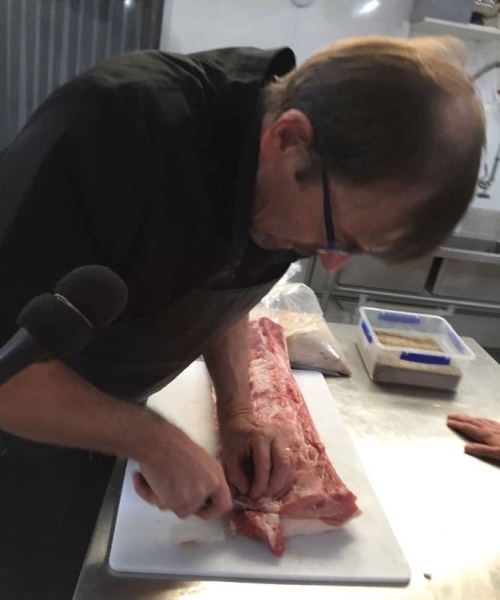 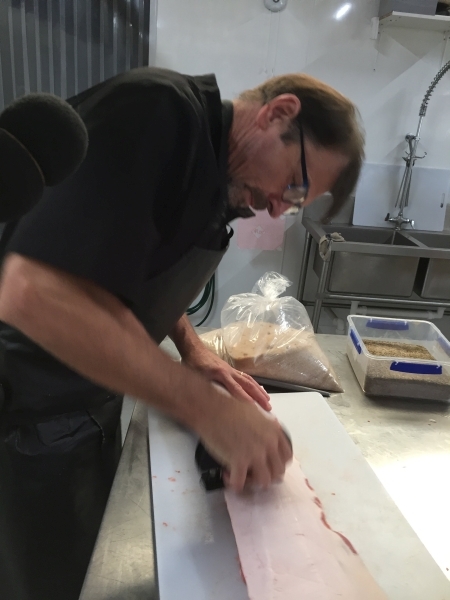 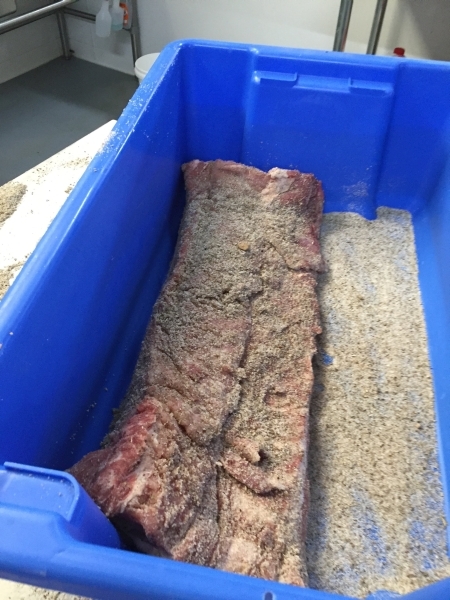 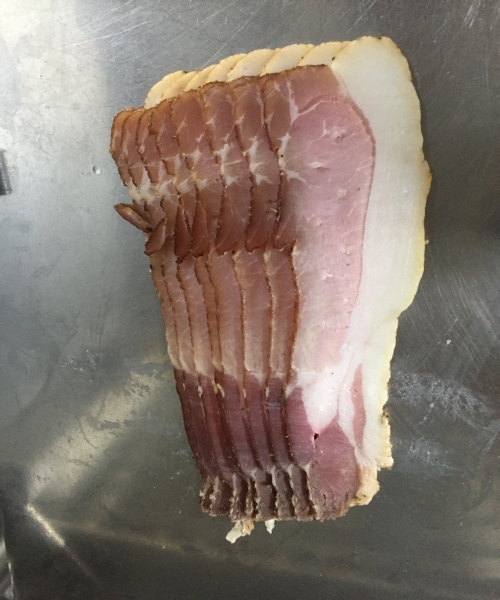 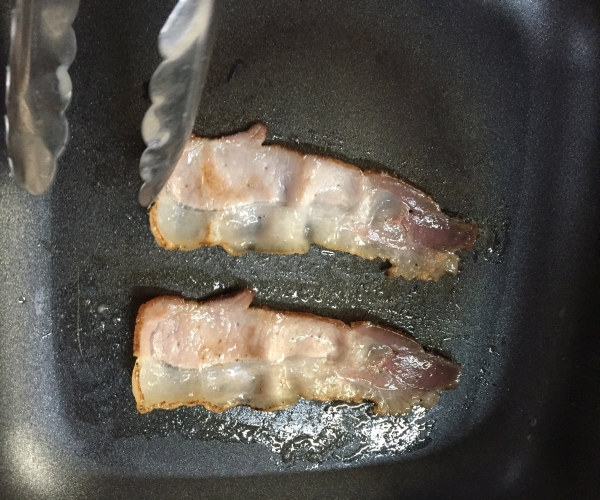 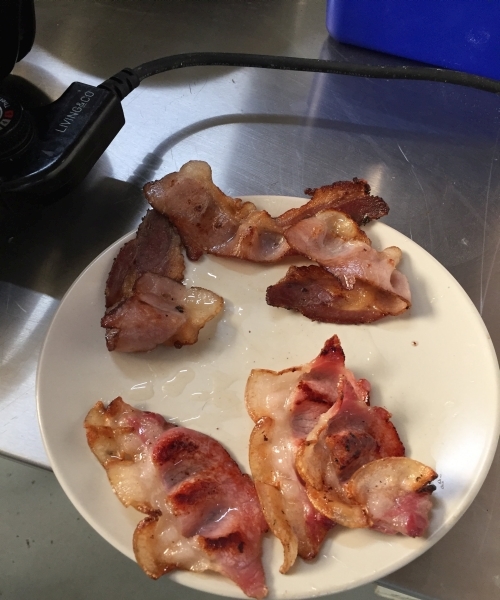 Bacon with (bottom) and without nitrites (top) (RNZ Simon Morton)

Most of the bacon we eat is cured and processed using sodium nitrite, which the World Health Organisation has linked to an increased risk of colorectal cancer.

And according to food journalist  Bee Wilson the meat industry has been concealing the real dangers of eating processed meats for decades.

Wilson points out it's possible to preserve meat using other chemicals - such as Parma ham producers in Italy who removed all nitrites from their products in the 1990s.

New Zealand producers are also curing bacon without nitrites and some, like Hendersons in Glenfield, have been doing so for 25 years.

Hendersons’ sales of nitrite-free bacon have doubled over the past few years, the company says. Most of its bacon is made from imported pork from Spain but the pork for its Free Range Bacon is locally produced.

Another big seller is Kiwi Bacon, a brand owned by Hellers, which says its nitrite free bacon is made from New Zealand-reared pork.

Many other smaller scale enterprises produce nitrite free bacon, and the best way to find them is either to ask your local butcher or search them out online.

Daniel Todd of Woody's Free Range Farm in Levin makes bacon both with and without nitrites from pork raised just up the road.

His nitrite-free bacon is cured with uses salt sugar sage and pepper. The salt draws out moisture, so the product is getting lighter as it cures.

The process isn’t complicated, he says, though it does take longer.

For large manufacturers, changing over to nitrite free bacon would mean down time and costs as they converted the systems. 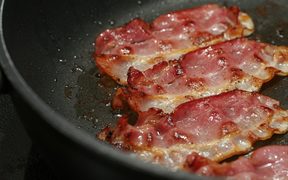 According to food writer Bee Wilson, the meat industry has been well aware of the dangers of eating processed meat for decades and has been concealing this from consumers, a cover-up she compares to… Audio

The science of online behaviour design 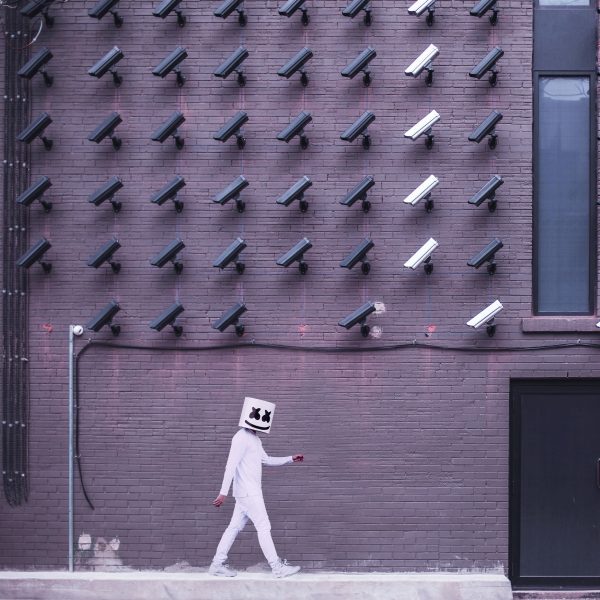 Humans are hardwired to seek out rewards when we do stuff, and then hunt for those rewards again and again, according to behavioural designer Ramsay Brown.

The brain's reward centres have been helping us find food, shelter and a mate for millennia, Brown says.

But what happens when this impulse is hacked and subverted?

The arrival of pervasive digital technology has shifted the goal posts, creating a market for your attention in the quest to understand us better and to sell us stuff. 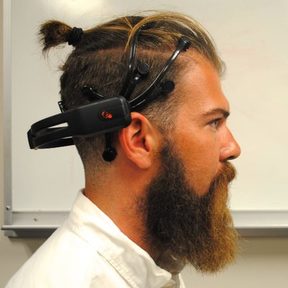 Now our experiences online can be meticulously designed and crafted to present us with a whole host of rewards – whether that's in the form of messages, notifications, likes, retweets, or other forms of digital endorsement.

Brown is the chief operating officer of a business called Boundless Mind (formerly Dopamine Labs) which is exploring more ethical ways to harvest your attention that let users better understand the process and opt out of it more easily. 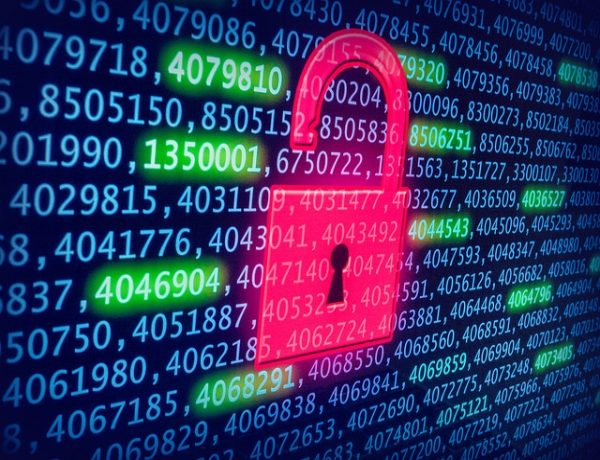 Peter Griffin and Datacom's Emily Wang join us to analyse the big tech story this week: the allegations that personal data from 50 million Facebook users was obtained and used by a data analysis business called Cambridge Analytica for social media manipulation to influence elections throughout the world.

The latest claims come from Christopher Wylie who told The Guardian that he helped found the company and came up with the technique.

The user data was harvested using a personality test app developed in 2013 that appeared in people's feeds. If you completed the survey you gave permission for the app to mine your information as well as that of your network of friends, and it's claimed everything from likes to private messages were harvested in this way.

So who's to blame?

Well, Facebook is blaming Cambridge Analytica and Cambridge University researcher Aleksandr Kogan, who developed the app that was used to obtain the user data.

But there are claims that Facebook provided Mr Kogan with anonymised, aggregated data about Facebook friendships for a study published in 2015 which had 2 Facebook employees named as co-authors.

In other news, another player enters the movie streaming market, a trial of 5G mobile technology gets underway in Wellington, and the latest on battery problems affecting a model of Nissan's popular electric car, the Leaf.