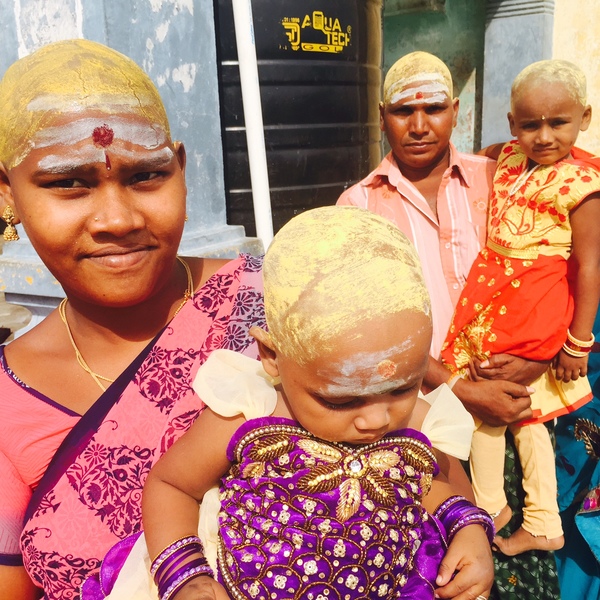 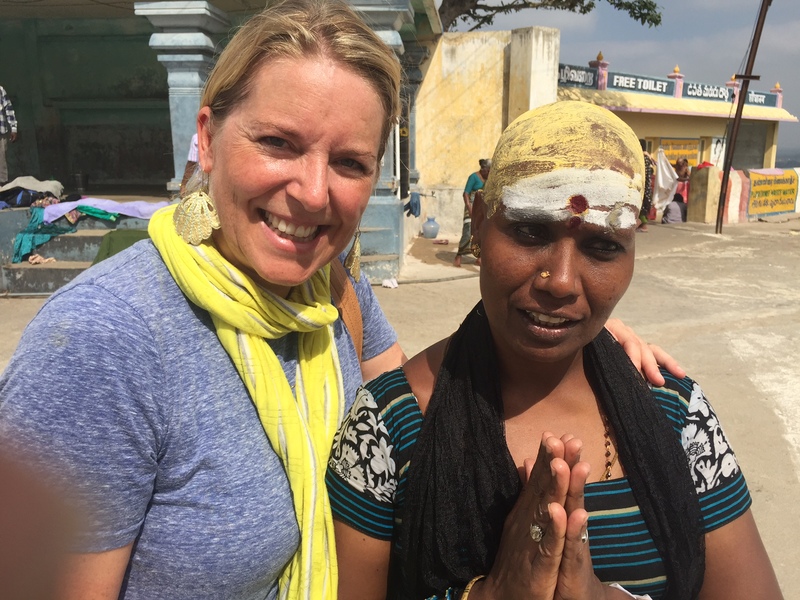 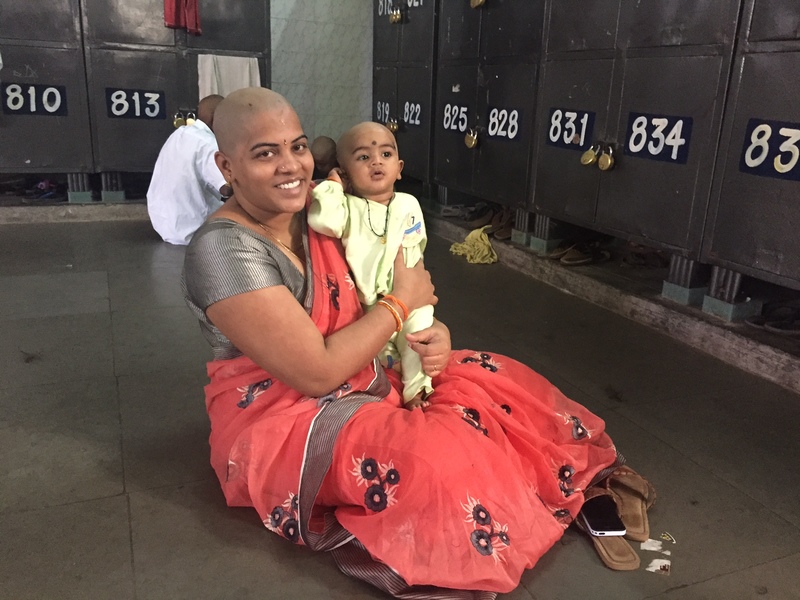 Pilgrims at the Tirupati temple (Supplied) 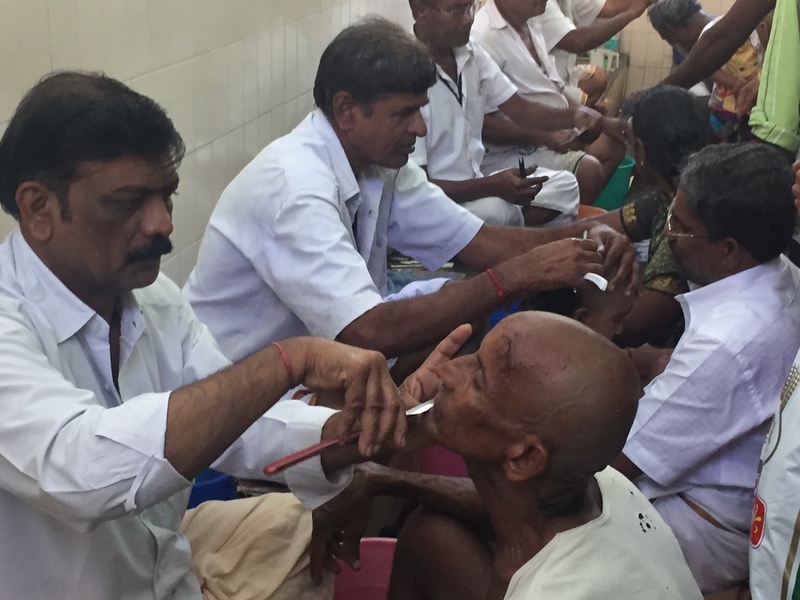 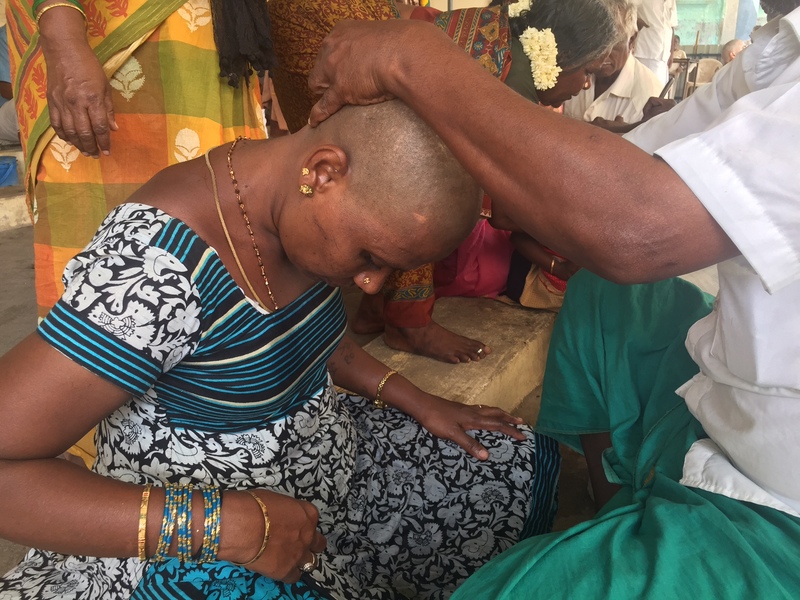 From Hollywood, to Europe, to the hair salons of Africa, the most highly prized human hair in the world for use in wigs, weaves and hair extensions comes from India.

The global hair market now contributes some US$250 million to the Indian economy; at prices of up to US$130 a kilo that's about 2,000 tons of hair! So where does all this hair come from and how does it get collected?

Well a single temple in southern India collects tons of human hair every week! That's because millions of people visit Tirupati hoping their prayers will be answered. But every miracle requires a sacrifice and many pilgrims sacrifice their hair. The practice stems from Indian mythology where the god Vishnu agreed to grant wishes to anyone offering their hair as a sacrifice.

To look at the sources of the global trade in human hair, the BBC's Justine Lang visited Tirupati temple in India.

"What I didn't know about Tirupati temple is that it's the most visited holy place in the world. More than Mecca, more than Jersualem, up to 100,000 people [a day] are going to this temple so it was an extraordinary visit just in terms of numbers," she said,

As well as making people's prayers come true (maybe!) the collection of hair's become a huge earner for the temples themselves.

"Everyone I talked to did not care where the hair ended up. I told them about the money, a lot of people didn't know there was a lot of money being made, and they didn't seem to mind because once you embark on a holy sacrifice, then where the hair goes doesn't matter." 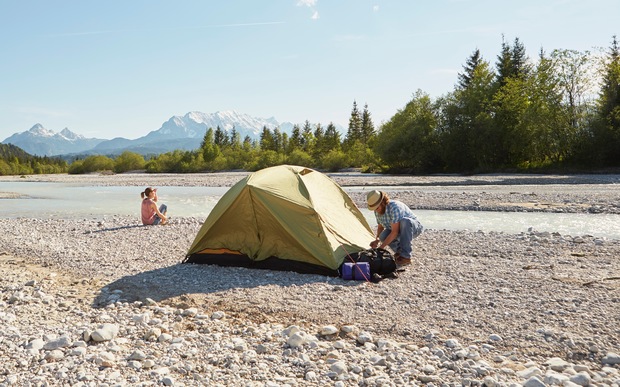 Why we sleep badly when we travel

A new study has shown that one half of the human brain remains on high alert the first time you sleep in a new place, a potential explanation for the poor sleep often reported by travellers.

Dr Chris Smith of The Naked Scientists told This Way Up's Simon Morton that this 'first-night effect' has been identified in human sleep research, and is regarded as a typical sleep disturbance. But until now nobody has really understood why it happens.

Now a paper in the journal Current Biology by Yuka Sasaki and her colleagues at Brown University has found that on the first night sleeping in a new location, the left hemispheres of a group of adult volunteers showed significantly different patterns of brainwaves compared with the opposite side of the brain or the left hemisphere on a subsequent night's sleep.

The researchers said that the results point to the conclusion "that troubled sleep in an unfamiliar environment is an act for survival over an unfamiliar and potentially dangerous environment by keeping one hemisphere partially more vigilant than the other hemisphere as a night watch, which wakes the sleeper up when unfamiliar external signals are detected."

Although the researchers only looked at the first phase of sleep, Dr Smith said that it always seemed to be the left hemisphere of the brain that played this role, reflecting the relative dominance of the left side of the brain in most people.

This could suggest that humans sleep like some animals, including birds and whales, that are known to rest one side of their brain at a time when they rest so that they can stay alert to danger. 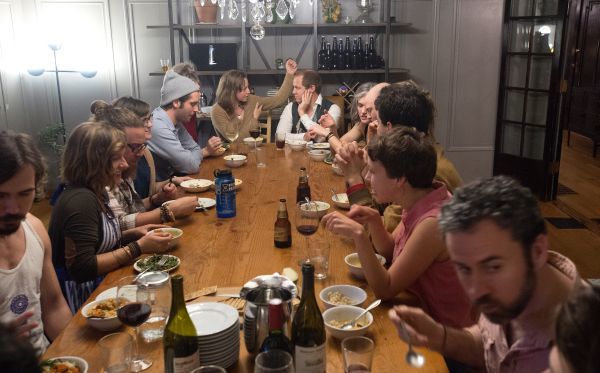 Dinner at Euclid Manor in Oakland. Credit: Josh Edelson for the Guardian 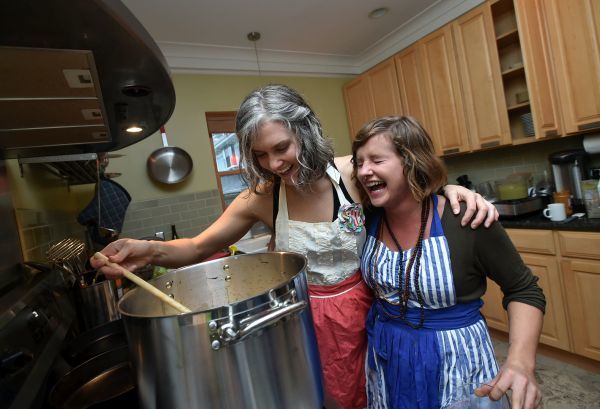 Cooking dinner for 25 can be such a drag! Credit: Josh Edelson for the Guardian 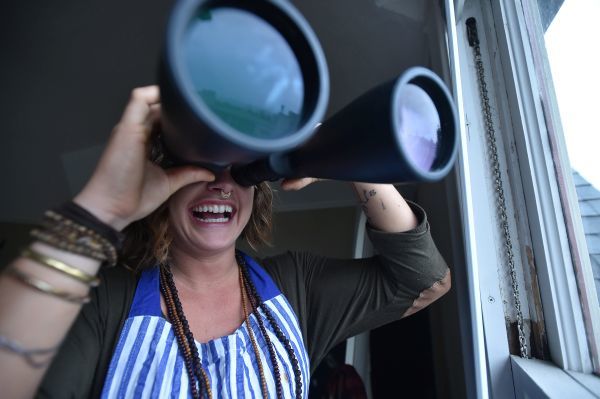 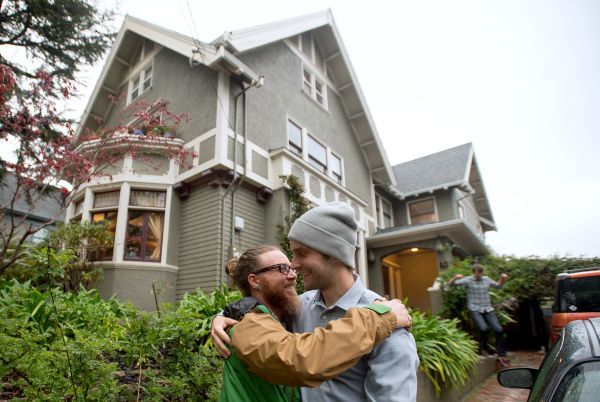 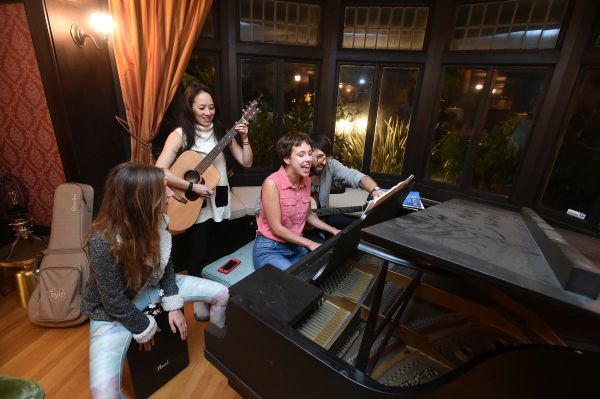 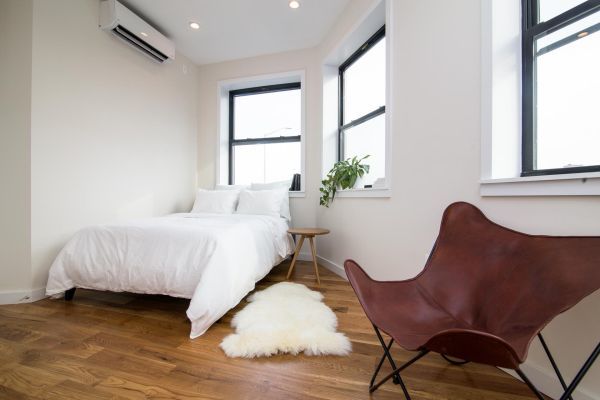 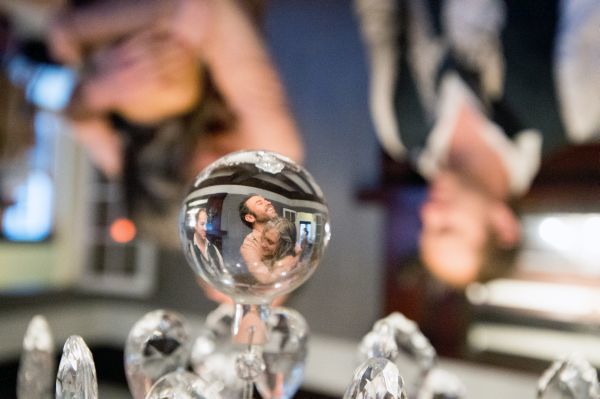 The changing dynamics of rising rent and property prices, home ownership rates, and a more mobile workforce mean that more people are sharing living spaces, and doing it for longer. So in the US the number of 18 to 35 year olds living as roommates has almost doubled over the past 30 years.

All this is leading to opportunities for people trying to make a business out of offering flexible shared housing.

Jana Kasperkevic has been taking a closer look at some of the communal living- or co-living- businesses in the market and how they work.

Peter Griffin with tech news and this week an intriguing You Tube video and a big feature in Wired means that the augmented reality startup Magic Leap- Google's an investor- is getting some serious hype.

We look at some of the opportunities for augmented and mixed reality and the challenges this poses for Virtual Reality and for competing businesses like Microsoft's HoloLens and Oculus Rift.

The science of us: how genes work. Also, the weka.

The science of us 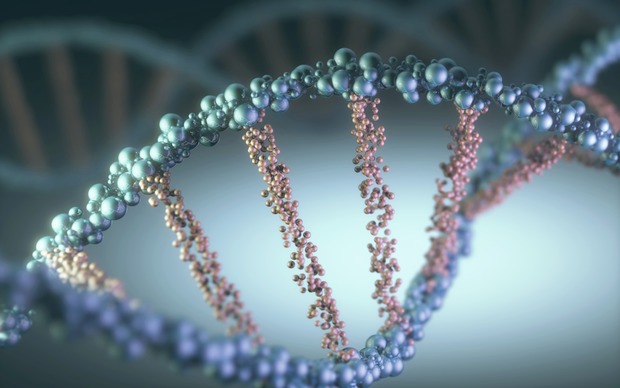 "There are wonderful, mind-bending stories out there about the DNA that's in you, in every cell of your body, and how it works."

We've all heard about genes and genetics, the spirals of DNA curled up inside us that make us who we are, whether that's blue eyed, curly-haired, big nosed or prone to alcoholism, Alzheimer's or cancer.

But the picture emerging from those working in the field is not of DNA as some static, deterministic and immutable 'code of life' we've become accustomed to hearing about in the media.

Instead our genes are increasingly viewed as dynamic; shifting and interacting in strange and sometimes random ways.

Kat Arney got a doctorate in genetics from Cambridge University and did research in the field until she became a science communicator.

In her book 'Herding Hemingway's Cats' (Bloomsbury) she sets out to explain how genes work to a general audience. 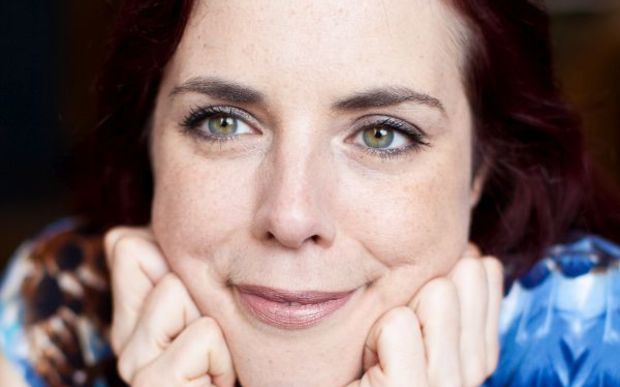 In the book she explains complex ideas including epigenetics and heritability. Meanwhile, with more widespread medical use of genetic testing just around the corner, she looks at what all this could mean in the field of healthcare, for us as patients and for the doctors caring for us.

You can read an extract from the book here. 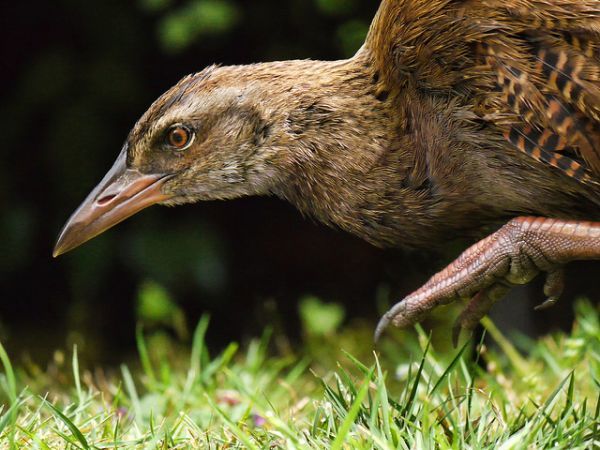 Hugh Robertson is one of the authors of The Field Guide to the Birds of New Zealand. We recently hopped on a boat to Kapiti Island with him on the hunt for the curious weka; it looks a bit like a brown chicken and is part of the rail family.