Charlotte Wicca-Smith has been looking a 3D printers. These are household devices for 'printing' out any object you want, from a new knob for the kettle to a chess piece.

The right to drive a yellow taxi cab in New York has proved to be one of the best performing investments on the planet. Forget Wall Street or oil or gold, New York taxi medallions are now selling for more than US$1 million! We ask taxi historian Graham Hodges why.

Alison Sandle on the spice that also lovely eaten green and fresh as a herb.

The latest science research from around the planet with Dr Chris Smith. Today, will seaweed ignite a boom in the biofuel sector? Plus using stem cells to improve people's vision.

A global history of potatoes 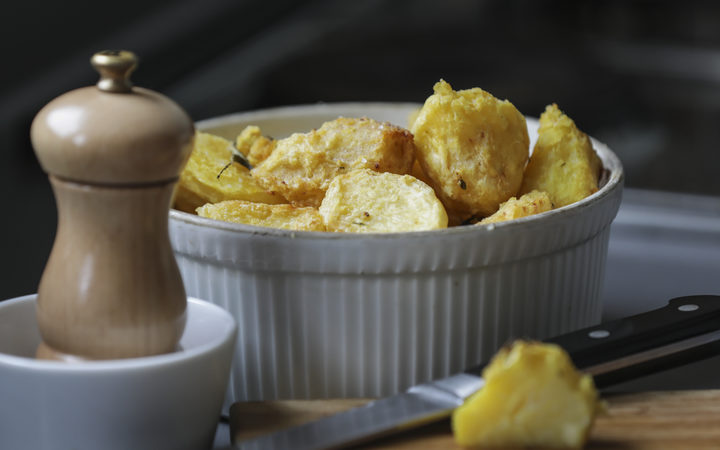 Culinary historian Andrew Smith reveals the captivating story of a once lowly vegetable that has changed and continues to change – the world.

First domesticated by prehistoric people in the Andes, the potato has since been adopted by cultures around the globe.

For instance, the potato was aggressively adopted by cooks in India and China, where it has become a dietary staple. In fact, these two countries now stand as the world’s largest potato producers.

Nonetheless, despite its popularity, in this era of both fast food and health consciousness, the potato is now suffering negative publicity regarding its low nutritional value.

Its health benefits continue to be debated, especially considering that the potato is most often associated with the ubiquitous but high-calorie french fry.

Reporting major news stories using social media isn't an easy task. For starters, reliability and accuracy can be a problem. Storify's a way of keeping a news story moving forward by bundling together everything from tweets to photos to Facebook updates in one easy-to-follow web page. Burt Herman is the founder of Storify.