Ocean to Ocean by Tori Amos 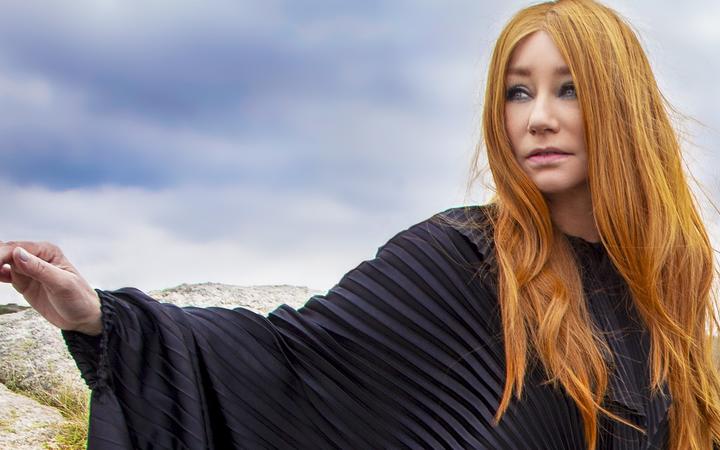 When I was in my teens, music was something that kind of stopped when you hit thirty. I remember being horrified at the Rolling Stones continuing to tour - and back then they were practically spring chickens. Maybe this says more about what I was like back then, or maybe musicians persisting has become less stigmatised. Gen Xers like me obviously love to see The Pixies start back up, for example, but I feel like everyone younger than us is cool with it too.

Which brings me to Tori Amos, whose sixteenth album Ocean to Ocean has been attracting headlines recently. As it turns out it’s not a comeback - she just never stopped. In fact she’s generally put out an album every few years over her thirty year career.

She's also clearly kept her knack for theatrical, breathless compositions. There’s a tad more husk to the voice but that just helps the mythological feel of it all.

‘Speaking With Trees’ is one example showing she hasn’t lost her taste for ear-catching concepts. She sings about hiding someone’s ashes under a treehouse so the trees will keep them safe, which speaks to the album’s themes, combining myths about the natural world with thoughts on coping with loss.

As she says in the single ‘Metal Water Wood’, “it’s been a brutal year”.

It’s fascinating jumping back into Amos’ world and hearing how she can turn the ungainly sentence “line that horizon up like the captain does with his instruments” into a beguiling lyric.

She’s still signed to a major label, and has been open about working hard to stay there, saying she fights to prove she’s still bankable by touring whenever possible. Of course that hasn’t been possible recently, and so this album was written while locked down in Cornwall, the location presumably informing the title Ocean to Ocean, and the natural imagery throughout.

That extends to what might be the silliest song here, called ‘Spies’, which has lines about well-dressed aardvarks, “scary men dipped in mustard” and my favourite, which mentions “grabbing a latte in a [red] beret”.

The lightheartedness of those lyrics maybe distracts from how incredibly well-written they are, with word-play and double-meanings woven through the litany of English places and foodstuffs. I also like how the drama and tempo of the music reflects those concerns.

My one complaint about Ocean to Ocean is the slickness of its production, which can feel slightly sterile - every instrument is played and recorded to perfection, at the expense of spontaneity or surprise. Amos’ piano playing is low in the mix, but her voice is front and centre. Maybe that’s as it should be.

But maybe a song like the title track, which links capitalism with environmental destruction, would benefit from a backing that’s a bit less tasteful.

Maybe that's nitpicking. Mostly rediscovering Tori Amos has been a joy, her idiosyncratic world view intact, and her knack for soaring singalong choruses.

She told The Guardian recently she noticed men over sixty still putting out music that was still considered relevant, whereas women of a similar age were expected to step aside. This album is full of concern about the world, and other people, but it’s also the sound of someone persisting. 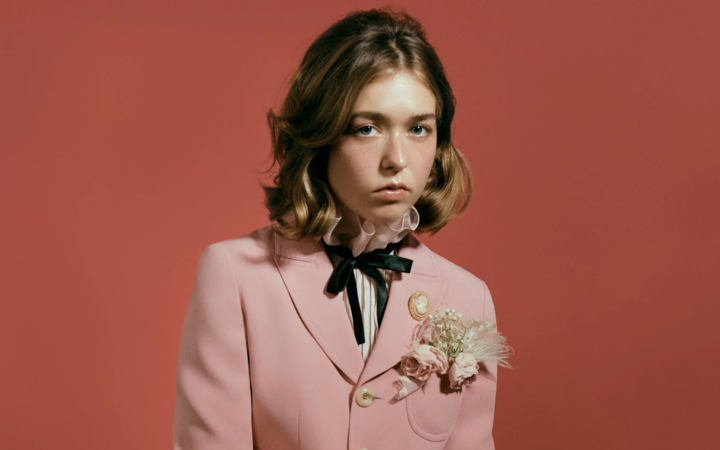 At this year’s Grammy Awards, a few eyebrows were raised by the Best Rock category, in which every finalist was female. This was largely read as the organisation reacting to the bad press it received in years prior for lack of diversity. I don’t want to speak in absolutes or say there are more women rocking out these days, but I will say the market seems to be paying more attention.

Snail Mail is the alias of American musician Lindsey Jordan, whose 2018 album Lush was full of sturdy, guitar-lead tunes that brought her to the wider public’s attention, and led to tours around the world, including NZ. She’s just released her second Valentine, and although she’s just twenty two, it’s a record that shows distinct signs of maturing.

Lush could safely be called a rock record, or a guitar record at least, and while there are moments of six string volume on this follow up, she certainly seems interested in branching out, or at least letting the production suit the song.

On ‘Ben Franklin’ that means letting a slinky bassline and hi hat pattern do most of the work. When you dig into the lyrics they’re about a relationship that left a mark - or as Jordan says, “a stain”.

I think the biggest weapon in her arsenal is the way she emote while singing - the husk in her voice helps, but when she says the chorus line - “sucker for the pain, huh honey”, there’s genuine pain there, as well as plenty of sarcasm. It’s also there that she deploys her guitar, which often delivers the catchiest hooks on the album.

‘Forever’ is another tale of relationship woes, with a trip-hop feel that morphs into yacht rock when she fires up a two chord guitar repetition - again, the catchiest moment -  and then into a yearning, romantic chorus that riffs on Madleen Kane's 1979 track 'You and I'.

As distinctive as her voice is, I like that her guitar playing often defines the songs - even when it’s used sparingly. Then there are tracks like ‘Glory’, the kind of four chord grunge-inflected banger that was all over her debut - although here it’s tinged with dream pop wooziness.

Lyrically the album is concerned with past relationships, and feels like a young person coming to grips with the world. There are revealing moments throughout, like a mention of rehab in ‘Ben Franklin’. She told Pitchfork she checked in for forty five days prior to this album, upfront that becoming a touring musician at such a young age took its toll. Learning that made me rethink why her debut may have been called ‘Lush’.

There are lyrics throughout dealing with the spotlight of a music career - this is someone who fielded fifteen label offers while she was in high school -  and on ‘Madonna’ her Catholic upbringing is evoked with imagery of divine intervention and consecration.

The way she sneers the line “I don’t need absolution” is part of the key here - listening to the album it's those moments that stick, where music meets attitude, in-the-moment decisions that come from pairing youth with a huge amount of talent.

‘c. et al’ deals with hangovers and early morning comedowns, and links them directly to her job, telling her lover she’d leave it all behind if she asked. ‘Most days I just wanna lie down’ she sings, and it’s lines like that which hit hard, a sincere weariness in her voice backed by muscular acoustic guitar playing, and an aura of something a bit devotional. 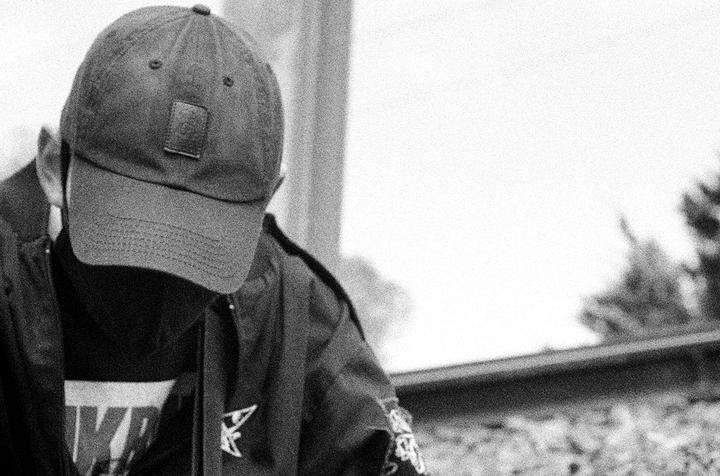 The first track on this album ends with a vocal sample. “I don’t know if I can handle this” says one voice. “You’re about to find out,” replies another.

It’s an appropriate start to a record that alternates between feeling on edge and feeling relaxed, between happily nostalgic and deeply sad. That’s because Relentless is about grief and the loss of a friend; electronic and largely instrumental, but deeply intimate.

Skymning is the project of Asher Lee, who recently told bFM he came to dance music through bands like Animal Collective and Ratatat, and the way they fused their instruments with electronic sounds. That seems to have manifested in a general disregard for genre, or rather an openness to many of them. Often producers will latch themselves to drum n bass for example, but here it’s just one of the colours on the palette.

‘Memory’ brings to mind Boards of Canada with its woozy synth chords, but the crisp drums sounds dotted around make it a unique concoction. 'Te Pō' meanwhile leans into jungle fundamentals like the amen drum break and fizzing reese bass, with ominous, icy synth keys.

In Māori 'te pō' means 'the darkness', or night, but can also refer to the abode of the dead. Like a lot of the songs here, it's alluding to the loss of Reuben Samuel Winter, who died by suicide last September, and whose posthumous album under the name Milk I reviewed earlier this year.

Lee and Winter were close friends as well as collaborators - Reuben played guitar on one of these tracks, co-produced another, and mastered ‘Memory’ - another title loaded with meaning.

The creation of each song is documented extensively on Skymning’s Bandcamp page and the Bankrupt Records page - a label Lee and Winter co-founded. The detail is impressive, every bit of gear noted as well as when different parts were recorded. There are elements dating back to 2018, recorded in Berlin, London, Melbourne and multiple towns in Aotearoa, but they started to coalesce into an album in August last year, when Lee was in MIQ.

The loss of Winter soon after that gave the album its title - 'relentless' is the way Lee describes the following year. And so bolder tracks sit next to ones like ‘A Quiet One For Iona’ - written for Reuben’s Winter’s mum.

A lot of the music is cushioned by field recordings - audio of locations Lee has been. Even though they’re years and countries apart, they wrap the whole thing in a sense of place. Or places. From Skene’s Beach in Australia on that last track, to Hackney on ‘Hair of Dog’, alongside a piano recorded in Rotorua.

At the other end of the spectrum is ‘On My Job’, a track co-produced with WInter that delves into the hyperactive Chicago genre juke, and features some choice lines sampled from UK rapper J-Hus.

Relentless is an album that feels deeply personal regardless of genre, and does it without any lyrics. The whole thing is channeled through this specific prism of grief, and while that gives it an intensity at times, it’s not a monolith - Skmning makes sure to include plenty of light alongside the shade. Which makes it not so much an album about death, and more of a tribute to a friend’s life.