Tony Stamp delves into a summery sample collage from Tāmaki Makaurau beat-maker Christoph el' Truento, the fearsome second album by Melbourne punk rockers Amyl & The Sniffers, and a collection of b-sides by Canadian singer-songwriter Andy Shauf that's much more than the sum of its parts.

Live from the Cloudy Subtropical by Christoph el' Truento 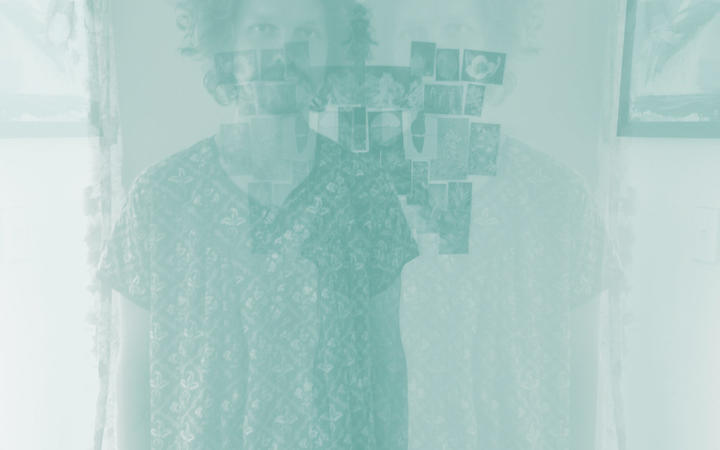 His new album is called Live From the Cloudy Subtropical, and as the name hints at, it’s a collection aimed squarely at the upcoming summer in the Sth Pacific. There's even a track called ‘Summer in the City’, making clear its focus on the humid days to come.

The album is tagged on Bandcamp as ‘sample-based’, which was helpful for me, as Truento runs through different processes elsewhere in his discography. This one seems to hark back, intentionally or otherwise, to the kind of beat collages I was listening to in the mid-to-late nineties, put out on labels like Ninja Tune and Mo’ Wax. Those albums, and this one, collect sound sources from everywhere - having seen Truento’s studio I’m assuming they’re mostly from his vinyl collection - and warp them and weave them together till they take on new forms.

On ‘Shining Bright, Growing Healthy’, that’s a chirpy vocal melody, disembodied flutes, and a spry drum beat: sparse, but greater than the sum of its parts.

It’s an album that is mostly aiming for good vibes. Nearly every track could have ‘summery’ as a descriptor, and it’s a cliche to say at this point but this sort of thing is very welcome at the moment, particularly in the Nth Island where an outdoor summer as a concept still has a question mark next to it.

Not content with his huge musical output, Truento has also created visuals for each song - you can watch the album over at his Bandcamp page. For the song ‘Petrichor’ that involves archival footage of New Zealand summers of the sixties, driving to the beach and surfing.

This is a perfect album for porch chats or any sort of permitted socialising, but part of the fun for nerds like me is trying to pick apart what you’re hearing, and figure out where one sample ends and the next begins. It’s an impossible task, but I’m sure there are plenty of trainspotters who will identify various beats or hooks or timbres.

As an example, on ‘Time’, what seems to be two chords and a drum fill is actually just one pitched up and down.

Truento likes to make concept albums. In the past that’s included music for an imaginary children’s book, and excursions into abstract noise. Just five months ago he released OST, where every track is less than two minutes and called OST 1, 2, and so on.

On Live From the Cloudy Subtropical, he’s honed his beats into an idyllic summer soundtrack, weaving in jazz, early eighties hip hop, dub, seventies cop show themes, and his impressive turntablism and scratching.

It also feels very Sth Pacific, with lots of strummed acoustics and slide guitars. Where these originated I don’t know, but I suspect he dug through a lot of crates to curate this terrifically nostalgic mood-setter.

Comfort To Me by Amyl & The Sniffers 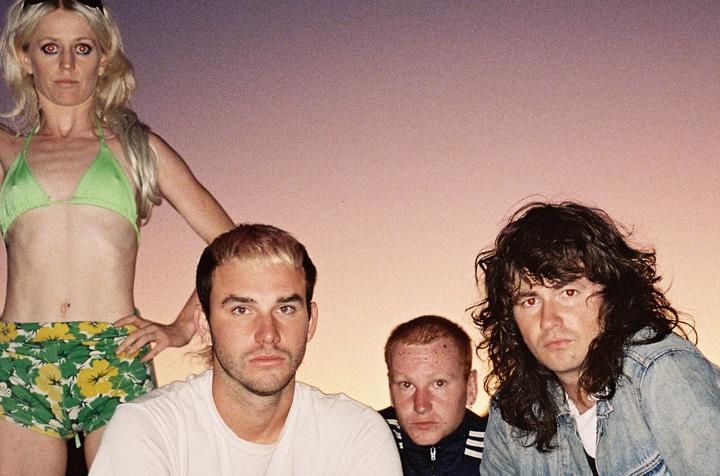 Looking at press photos of this Melbourne punk outfit you'll spy a few mullet haircuts in the band, and listening to their first album particularly, they almost seem to have stepped out of the early eighties. Musically nothing that new is happening here, but the band is hugely exciting nonetheless, a force of exuberant, infectious energy, led by a powerhouse frontwoman.

The band is called Amyl & the Sniffers - even the name doesn’t feel particularly RNZ-friendly, being a referencing to huffing amyl nitrate, as well as a play on their singer’s name - Amy Taylor. As she explained to the BBC:

"In Australia we call poppers Amyl. So you sniff it, it lasts for 30 seconds and then you have a headache – and that's what we're like!"

It’s actually a good encapsulation of the band, who fit in nicely with the recent slew of UK punks like Idles or Shame, or fellow rowdy Aussies like The Chats. They’re extremely unpretentious but do have things to say, and are prone to masking those things with a bit of humour.

Taylor is a magnetic presence on record, even more so on stage. As she sings in opener ‘Guided by Angels’ she has ‘plenty of energy’. She says it’s ‘her currency’, which rings very true.

The song 'Hertz' whips along on buzzsaw guitar riffs and a shoutalong chorus, but if you hone in on the lyrics, they tell a charming story about communing with nature, and falling in love.

This album has an abundance of great riffs, full of melodic hooks. They make up for the lack of melody in Taylors vocals, and it would be a disservice not to mention the band’s great musicianship. But she’s so fascinating it’s hard not to get distracted.

She grew up in small town Australia, and started going to hardcore shows at a young age - hardcore basically living somewhere between punk and heavy metal. Despite being one of the few women in the room, and often the smallest person there, she found the men treated her as an equal - which at a hardcore gig means getting pushed around as much as the men.

In interviews she has a twitchy, wide-eyed quality, full of good cheer but with the underlying feeling she’d rather be running laps or something. In the band’s music videos the three men are often basically motionless while she cannot stay still - feverishly dancing, punching the air, anything to get the energy out.

That song ‘Security’ mentions Taylor trying to get into a pub because she’s looking for love, and over the next three songs a little love story plays out, the middle of which, ‘No More Tears’, is the band’s mellowest moment.

Amy Taylor has spoken in the press about growing up uneducated, and trying to catch up. She said she realised if she reads enough she could become an ‘intellectual weapon’. One song here criticizes the Australian government over its response to the 2019 bush fires, and Aboriginal land rights. You can see why UK electro punks Sleaford Mods invited her to guest on one of their songs.

She told The Guardian "There’s probably heaps of people who feel the same way we do, but they get lumped in [as ignorant] because they like cars and ciggies.”

There’s also a feminist theme running through the album, if you listen for it. Taylor often appears wearing a bikini top (the comparison that sprang to mind for me was Henry Rollins and the way he would strip off to his shorts to perform), and sings about men sexualising her body, pointing out she’s smart no matter how she dresses.

This aspect is most explicit on ‘Knifey’, where she sings about walking home at night, saying “All i ever wanted was to walk by the river, see the stars” going on to say she carries a weapon just in case. It’s a poignant moment on an album that mostly channels its energy into celebration and good times. 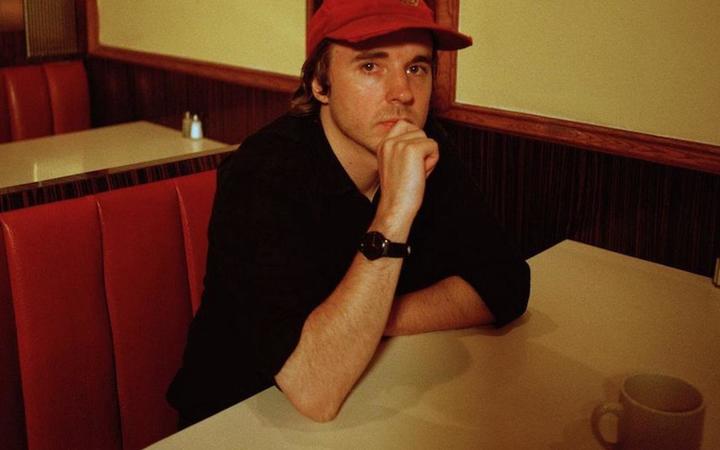 Canadian singer-songwriter Andy Shauf made his name off the back of two concept albums: The Party, which involved a cast of characters at a social event, and The Neon Skyline, in which the narrator goes to a bar and hears that his former love is back in town, leading him to reminisce about their relationship and wonder if they could reconnect. Eventually he runs into her, and they again part ways.

Shauf wrote around fifty songs for that second album, and his new release Wilds collects nine of them. But this isn’t an album of b-sides per se. And for something written about a failed relationship, it’s always amiable, and often downright jaunty.

He seems to write albums the way some people write books. These are dense, wordy songs, but the storylines will be secondary for most people. Think of them as an added bonus.

Wilds came about when Shauf had writer's block working on the Neon Skyline storyline. He created a character called Judy and started writing and recording songs about her, and that’s what we get here. Judy eventually made her way back into the other album, which is where things get slightly confusing. Suffice it to say these are songs and stories about her relationship with Shauf’s (also fictional) narrator.

Which means even a song like 'Jaywalker', with its slightly cheeky guitar and clip-clop rhythm, contains lyrics about “choking back tears at an easy goodbye” and “Moving your lips like you’re wanting to smile”.

These tracks were written as they were being recorded, which means that on this album you’re hearing their parts performed for the very first time. He recorded everything himself, to what he calls 'a little tape machine', and refers to them as ‘sketches’, and with that in mind these are shockingly accomplished. It’s easy to see why he was motivated to release them.

I only caught a few moments with lack of polish - listen to the moment in ‘Spanish on the Beach’ after its lovely, clarinet adorned chorus, and you’ll hear the timing slightly slip. Elsewhere on ‘Wicked and Wild’ you can hear the slight distortion of something recorded too loud, but honestly that just adds to the charm.

This is Shauf’s seventh album, and I definitely think it deserves to be counted as one - he’s referred to these tracks as b-sides but I think that just speaks to his evident perfectionism. You’d have to be quite detail-focused to build songs around these ambitious narratives.

I assume his next release will be similarly daunting, but in the meantime I’m happy that these songs - recorded way back in 2018 - have seen the light of day.