What We Call Life by Jordan Rakei 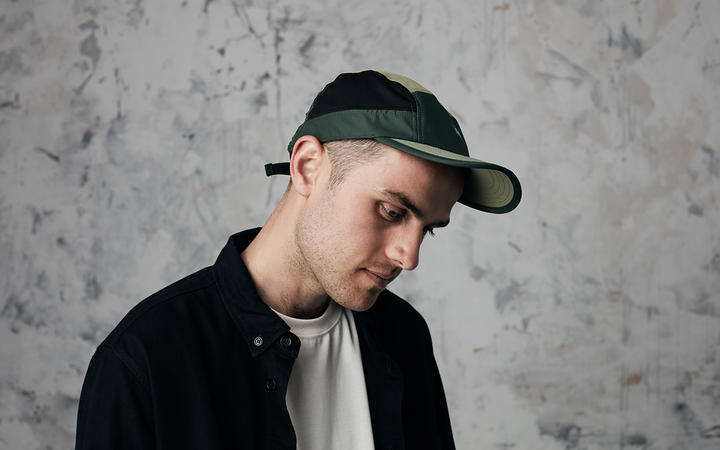 Singer and multi-instrumentalist Jordan Rakei is someone who’s up front about the way his personal life informs his music. The neo-soul grooves on his second album Wallflower didn’t seem fuelled by suffering from anxiety, but when you find out they were, they hit that much deeper (and made sense of that album’s title).

He’s up to his fourth, and thematically it’s informed in part by things he’s dealt with in therapy. That explains the thoroughly existential title, What We Call Life, and sheds some light on the breadth of topics covered. And musically this is the sound of someone confident enough to branch out in many directions.

Rakei was born in Aotearoa, raised in Australia, and is now based in the UK. He was signed to the prestigious label Ninja Tune after an A&R person Shazamed one of his songs playing in a cafe.

He’s clearly very talented - he had piano lessons when young, branched out to beatmaking when his parents bought him an MPC sampler, and is blessed with that singular voice, emotive and heartfelt in the midrange, quivering with vibrato up the top.

First song ‘Family’ addresses that feeling of resentment you can have for people you’ll always be connected to. Melodically and harmonically it’s reasonably traditional, but the way various drum and keyboard sounds loop and reverse under Rakei’s voice create the feeling of something evolving.

‘Clouds’ sees him questioning  his own privilege as someone with a Cook Island father but who presents as white. Again there’s a strong musical foundation, but the production is inventive and gorgeous.

When his voice gets high and plaintive it reminds me of more avant garde artists like Serpentwithfeet or Moses Sumney, full of a type of yearning that’s undeniable. There’s one vocal melody that runs through the whole song, which gets that much more emotive when he changes the chords in the chorus. In the verse he uses a heartbeat and breathing sounds as percussion, and I can’t help but think of his struggles with anxiety.

‘Send My Love’ addresses the distance from his home in Australia, a pining that’s been exacerbated by the pandemic. It might be the most uplifting track here, bittersweet with bleeping synths and occasional vibraphone.

Rakei is recently married, and he tells the story on ‘Unguarded’ - a lovely word to describe a relationship. Again the production is immaculate, with pitched up strings and a ticking clock rhythm adding to the swooning effect.

What We Call Life is as sweeping and curious as that title suggests, and while Jordan Rakei’s voice is undeniable, it’s the way these tracks are full of detail and texture that really lift them. He’s picked over his personal foibles and channeled it into the work, (including, apparently, his phobia of birds, something associated with fear of the unknown). This self-analysis is maybe most apparent in the twitching ‘Brace’, with its stuttering rhythm and sweeping strings, constantly evolving in a similar way to its creator. 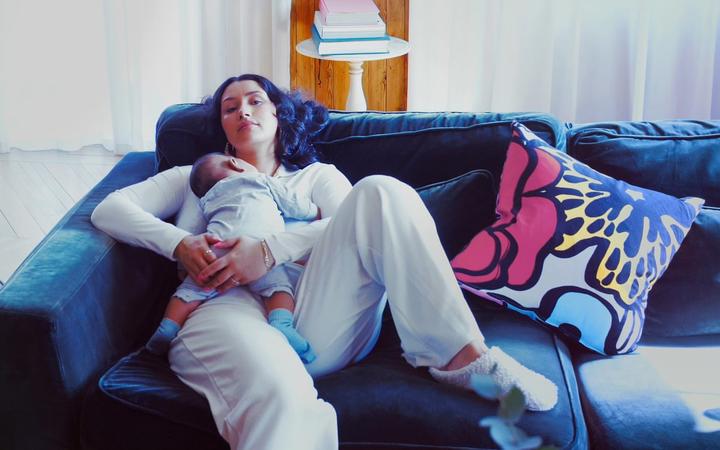 The Uk band SAULT have had a staggering run over the past three years, releasing five albums to deafening acclaim. They’re led by the producer Inflo and vocalist Cleo Sol, and she's just released her second solo album in as many years - again working with Inflo. For those keeping score, that's seven albums in three years from this pair.

SAULT foreground issues around race and politics, but Cleo Sol’s solo work is understandably more personal. Maybe more so than ever on this album, simply called Mother.

These songs often feel timeless, clearly drawing on the finest vintage influences. It’s startling to me that the creative chemistry between Sol and Inflo is so strong that they can produce work of this quality at such a fast clip.

The cover of the album has Sol reclining on a couch in slippers, her fairly new-ish baby on her chest and a framed photo of a woman in the background. The popular theory is that it’s her mum in the photo, and she addresses her in that song ‘23’, bringing up past grievances, as well as sacrifices that her mum made.

One particularly poignant lyric says “There's bigger dreams that didn't fit for you/ But will fit for me/ Do you believe”.

It’s a safe assumption that becoming a mother herself has led Sol to consider these things, but a good chunk of the album is made up of uncomplicated love songs directed at her new child. Ones with straightforward titles like ‘Music’.

That one glides over the bassline from Minnie Riperton’s ‘Les Fleur’, similarly to a track on the last SAULT album - one of many moments of overlap here. The main difference is how gentle these songs are, practically glowing with new motherhood.

Sol and Inflo actively avoid the music press, but she did put up a detailed instagram post regarding the album, saying they had planned to take a break, but becoming a mother was so inspiring it prompted her to write a new album.

She said “Gods got jokes and was like, now you guys create and have fun, so we did”.

The effortless feel of these tracks is what gives them their power, as well as Sol’s pure voice, and Inflo’s production touches, like the way you can hear him turning up different mics on the drum kit in the song ‘Sunshine’, as the positivity swells in the chorus.

On ‘Don’t Let It Go To Your Head’, he features a squeaky guitar line that mirrors Sol’s vocal, and adds to the Latin flavour.

“You never know if you’re ready for the highs and lows” goes the chorus to that one. In her instagram post Sol says “I guess life happens in waves, and thinking of that always gives me peace in the moment.”

SAULT’s music can be positive too, but at its core is fuelled by serious issues about race inequality. On Mother, Cleo Sol has other concerns, finding herself in one of those peaceful waves, and this music as a result feels much lighter, but no less substantial.

Other You by Steve Gunn 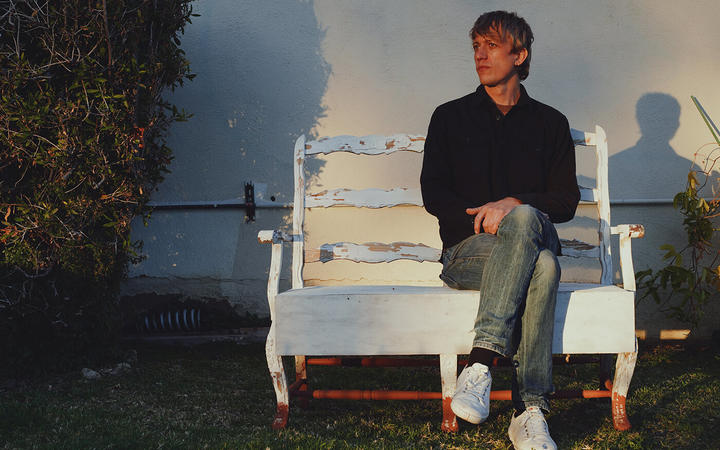 It feels increasingly rare to find artists like Steve Gunn, who is acclaimed foremost for his playing, and has also built his career the old fashioned way, each song another brick in its foundation. He’s been working at this for fifteen years now, gathering an increasing amount of acclaim as he goes. His sixth solo album Other You is unhurried and pastoral, and like a lot of recent albums, is a response to a turbulent few years.

That’s the title track, ‘Other You’. It’s one with an interesting story behind it - producer Rob Schnapf, trying to get Gunn to hit a certain note, pitch shifted his voice as a reference, and then Gunn matched it. His digital self became the ‘other you’ of the title, and it also formed a neat metaphor for a creator trying to shift his perspective.

Gunn found the pandemic to be a blessing of sorts, as he was prevented from touring or recording, which gave him space to write. Eventually he recorded in Los Angeles, away from his home on the other side of America in Brooklyn. There’s certainly a Laurel Canyon sheen to these tracks, but the influence of Uk folk runs through them too.

There’s also a sense of prioritising all the elements of these songs, so that nothing jumps out. Maybe Gunn’s voice, but not his guitar - even the moments when he rips something resembling a solo tend to blend into the fabric of things.

It’s all texturally very pleasant, but it took me a few listens before things like melodies started to present themselves. These aren’t songs bulging with hooks, but they do start to catch - like the chorus line in ‘Morning River’.

It’s worth pointing out that producer Rob Schnapf comes with a very high pedigree, having produced several albums for Elliott Smith, as well as Cass McCombs, Beck, and Kurt Vile, whose band Gunn has played in. These are all good reference points, and Schnapf is clearly good at blending many parts into a seamless whole.

The album’s centrepiece is called ‘Protection’, and stands out for its sense of propulsion - the rhythm section chasing a sort of soft krautrock feel, and tapping along for over six minutes.

It’s interesting to me that although Gunn built a career on his playing, he’s happy to let it take a back seat on Other You in favour of the big picture. His voice isn’t that accomplished, but it has a sort of world-weary charm. On ‘Reflection’, one of the strongest songs here, he adds vocal harmony and sings about traveling in his thoughts, and it’s a great summation of this album, one that sneaks up on you and offers a nice space for you to fade into the background.