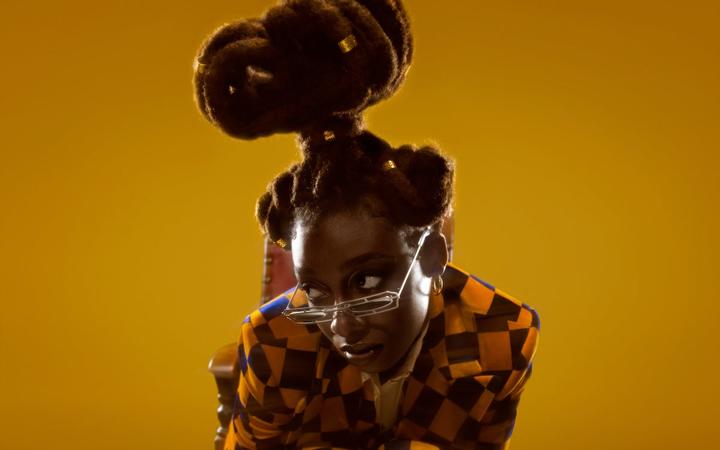 Reading up on the UK MC Little Simz, I kept seeing people call her Britain's greatest rapper. There’s a degree of science to assessing someone’s flow I suppose, but like all art these things are subjective. She’s definitely set herself apart though - she doesn’t make grime (the UK variant of harder edged hip hop), but something more soulful. And her fourth album Sometimes I Might Be Introvert is a wonderful contradiction.

‘Introvert’ would seem to be the opposite of being a rap star. But the record starts with a song by that name, and it’s over six minutes, and starts in the most bombastic way possible, featuring an orchestra, choir, brass section, and marching band drums, all recorded at Abbey Road Studios.

The song ends with a monologue from actress Emma Corrin, who recently played Princess Diana on The Crown. Issues around class are always present in British music, and I may have been reminded of marching bands by her presence.

‘Alone but not lonely’ she says, exaggerating her very plummy British accent in contrast to Little Simz' less aristocratic cadence.

The album’s title has that unusual phrasing because it’s a backronym. Simz real name is Simbiatu Ajikawo, but friends call her Simbi. And so, Sometimes I Might Be Introvert: SIMBI.

She’s said the album is about having a head full of ideas, and sometimes feeling like her art is the only way she can express them. So on ‘Protect My Energy’ she sings about valuing silence and her own company, over a bed that could’ve been ripped from an eighties jazzercise video.

In an interview with Loud & Quiet, Little Simz said the eclecticism on the album is deliberate - at her shows the audience ranges from teens to people in their sixties, and she wants to cater to all of them. She mentions hypothetical situations where you might hear ‘Protect My Energy’ at a club in Sweden, or walk into a restaurant in Nigeria and catch album highlight ‘Point and Kill’.

Simz was born in London to Nigerian parents, and the instrumentation on that one and follow up song ‘Fear No Man’ are clearly drawing on the legacy of Nigerian music - Fela Kuti being the obvious reference point.

‘Point and Kill’, incidentally, sounds like an allusion to gunplay, but actually derives from a Nigerian saying. The example Simz gives is wanting to catch fish - you need to point and kill. On the song it’s more of a metaphor for achieving your goals.

She’s joined on the song by Obongjayar, one of only two featured guests - the other is Cleo Sol, a singer who makes up part of SAULT, a band whose music Simz has featured on. SAULT are led by the producer Inflo, and he co-produced this album too. Sometimes I Might Be Introvert apparently has just one sample, meaning everything else was created in studio, which had me scratching my head slightly when many of these tracks feel like they’re built around nuggets sourced from crate digging - like the contradictory refrain in ‘I Love You I Hate You’.

The title of that one makes more sense when you know it’s about Simz’ wayward father, who left her mother to raise her and her two sisters. The album’s focus will often pull back from her inner life to touch on her upbringing - how could it not.

The song ‘Little Q Pt 2’ is about a cousin who was stabbed during an altercation and spent three weeks in a coma, with Simz rapping from his perspective about cycles of violence. The song’s refrain, which sounds a bit like the Jackson Five, gives it some much needed optimism.

Simz raps “Grew up in the South side of that River Thames/ Hard to think outside the box when you're stuck in the Ends”, ‘the ends’ being the part of London you grew up in.

The subtext, like many hip hop albums, is that Little Simz has triumphed over adversity. She can boast the likes of Jay Z and Kendrick Lamar as fans, and get an orchestra into Abbey Road to help make an album.

A line from an interview she gave the Financial Times stuck with me. She was discussing being an introvert, and said “I’ve never felt the need to be the loudest person in the room. I know my presence holds weight.”

Breakfast with Hades by Mā 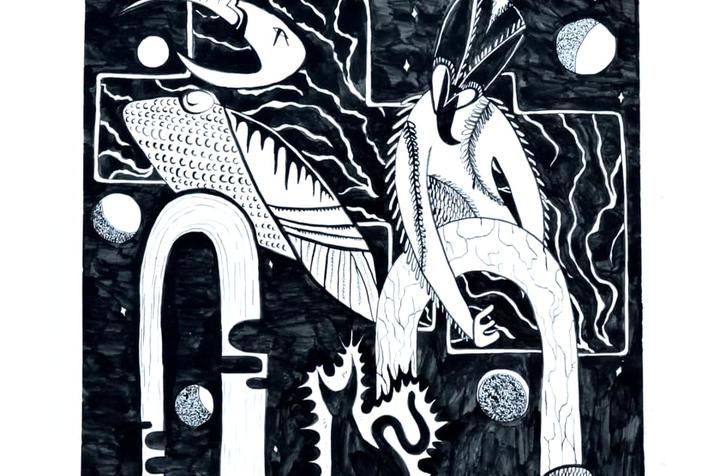 Last month saw the release of an album by a Wellington musician with very little web presence. I only mention this because it’s such a rarity these days. I’m not sure if the mystery is intentional, or just speaks to their priorities, but regardless, it’s heartfelt, accomplished, packed with groove, and just might be a concept album.

The artist is called Mā. The album is Breakfast with Hades, a loaded title that I think speaks to what the record is tackling, but we’ll get back to that.

Mā, as far as I know, is the solo project of Marire Brunning. The name then is a shorter version of hers, but it also has multiple meanings in te reo Māori - as a verb it means ‘by way of’, but it can also mean ‘white’, or can be used to mean the inclusion of others.

Mā is that kind of artist - her songs are casual in the extreme, downtempo and welcoming. But the more you listen the more they, and she, reveal layers of complexity.

It’s also easy to take for granted the way Mā moves between singing, spoken word, rap, or somewhere in between over the course of this album. It just happens, isn’t forced and doesn’t call attention to itself.

‘Dreamswimmer’ perfectly captures the feeling of not wanting to wake up - ‘let me be’ she begs, and the instrumentation does feel like being buried underneath blankets. The next track is called ‘Hikoi’, which means protest march and implies a long journey. But as Mā sings, she’s barely opened her eyes.

By track three Mā’s eyes are open, and it’s around here I started to suspect the album covers the journey from waking up, to beginning the day. In the track she also mentions a broken heart, and I think that might be why the album is called Breakfast with Hades - it seems to tell the story of someone struggling to get going in the morning, and for some listeners that will sound familiar.

The third song has a dubbed out groove with plenty of echo, and is as inviting as any of these tracks, but the positive affirmation in the title/ chorus isn’t overwhelming - the most she can say is ‘I’m Alright’.

Breakfast With Hades is out on Mara TK’s label Meetinghouse Records, which feels like a good fit. Its songs feel, for lack of a better word, friendly, built on amiable trip hop grooves and a mix of live playing with more adventurous programmed parts like synthetic brass or harp or thumb piano. It’s only once you dig into the lyrics that you realise the good vibes might be masking something more serious.

The album ends on a pair of mostly instrumental tracks, the last of which is the most peaceful here. It features native birdsong, and is called ‘Ata Mārie’ - Māori for good morning. Despite the track sounding like the winding down at the end of a day, you realise Mā’s is just beginning.

Hey What by Low 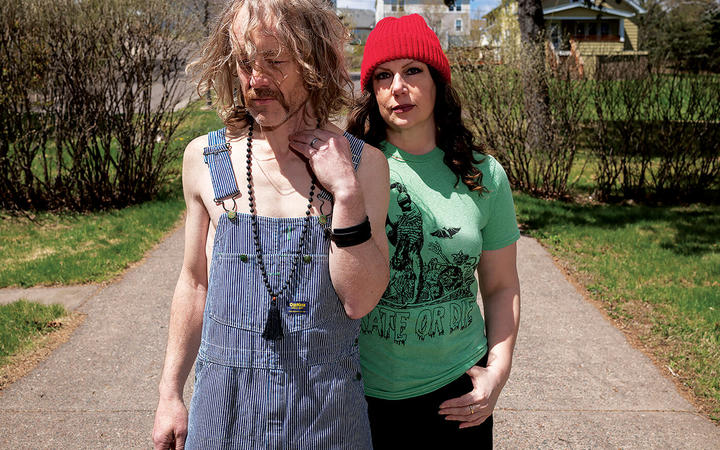 In 1993 a Minnesota band called Low formed. They made quiet songs with brushed drums and vocal harmonies, and were dubbed ‘slowcore’, a term they disapproved of. Low have always been a trio, going through several bass players over the years, but, as of their latest album, consists of the husband and wife duo Alan Sparhawk and Mimi Parker, whose intertwining voices are Low’s signature sound. And contrary to what you might expect from an ageing band, they’ve pushed further and further against what a band should sound like - to the extent that it’s often impossible to know what you’re actually hearing.

Low’s evolution toward sonic pioneers started around the time they signed to Sub Pop Records and worked with producer Dave Fridmann, who’s notable for studio wizardry. They got noisier and sounded more like a rock band over the next two albums, then reverted back to something quieter for the two after that, including one produced by Wilco’s Jeff Tweedy.

It was when they worked with BJ Burton that things started to get extreme. Burton is famous for working with Bon Iver, helping to push his sound from the cabin to the cosmos, and in partnering with Low, was able to realise their sonic ideas, about taking the sound of guitars to strange new places.

On previous album Double Negative the experimentation took focus, a collection of fascinating textures that sometimes overshadow the songs. On Hey What, the balance has shifted - the songs are intact, they’re just enclosed in soundscapes that sit somewhere between extreme distortion and ambient drones.

The sound has changed, but these are still very much Low songs. The duelling harmonies place them as folk music to my ears, and it’s interesting to note that, while a lot of Burton's work with Bon Iver involved altering the sound of his voice, he leaves Sparhawk and Parker’s mostly intact. It’s everything else that’s pushed to its extreme, every trick in the studio ledger used to mangle Sparhawk’s guitar into something unrecognisable.

The only instruments on the album are guitar, and Parker’s drums (which I only heard at the end of the final track). The fact that it sounds like this is testament to Burton’s presumably vast array of gear, and the band’s desire to create something completely new. From a production standpoint I’m in awe of it - a lot of the time there are no reference points for what you’re hearing. It also strikes me as uncommon for a band to start quiet, and wait till their fifties to really get crazy.

‘Days Like These’ has a comforting message of solidarity during strange times, and maybe the album’s most accessible melody, until halfway through when it explodes. If you’re hearing it for the first time you might have a similar experience to mine, so let me say now - your speakers or headphones aren’t broken. It’s meant to sound like this.