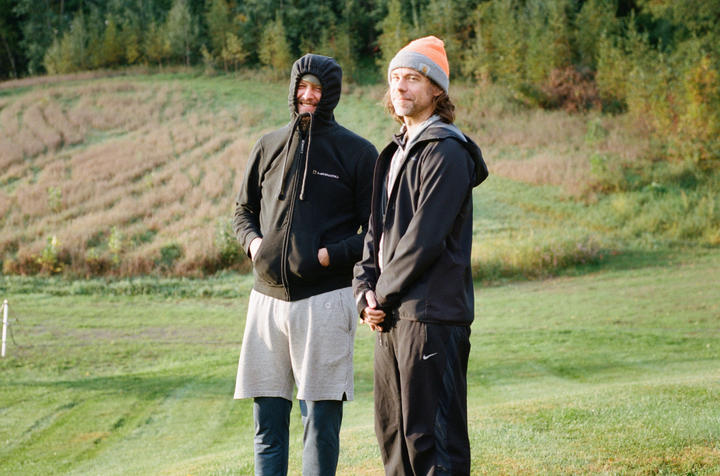 When NZ plunged back into level four lockdown, I think a lot of us had forgotten how tough it can be, and maybe felt a fresh wave of sympathy for those countries not as fortunate as ours.

The title of the new album by Big Red Machine - How Long Do You Think It’s Gonna Last - is suddenly that much more impactful. There’s no mistaking what’s being implied.

An indie supergroup of sorts, the duo have enlisted some famous friends to help out on their second album, and while it never quite surpasses the sum of its parts, there are certainly plenty of bright spots.

Big Red Machine is made up of Aaron Dessner, who’s best known as a member of the band The National (and for producing Taylor Swift’s albums Folklore and Evermore), and Justin Vernon, better known as Bon Iver.

This is an album that sounds exactly how you’d expect that pairing to - gentle, hummable, warm. Over its course guests like Taylor Swift, Sharon Van Etten and This Is The Kit come and go, sometimes in the spotlight, sometimes happy to provide a backup harmony.

An early highlight is ‘Latter Days’, with singer-songwriter Anais Mitchell taking the reins during the verse, before Vernon deploys his unmistakable falsetto in the chorus.

The album’s best song ‘Phoenix’ ropes in the band Fleet Foxes, who provide a typically old-timey piano stomp, and the soaring voice of Robin Pecknold, before Vernon swoops in again with a knockout chorus. It’s the type of song you start humming along to the first time you hear it, a rock solid bit of melodic nostalgia.

But the album’s title hangs over these songs and their feeling of searching for something, and not always in a good way. The more you listen the more it can feel a little beige, as if it was made due to an abundance of free time rather than a burning need to make music.

Maybe that’s unfair, but I’m also tarnished by the press photos of Vernon and Dessner wearing trackies and parkas like they just rolled out of the man cave.

The feeling of experimentation or boundary-pushing found in their day jobs can feel absent here too, although it pops up in moments like Vernon's fondness for Autotune, and in the rhythmic excitability of tracks like ‘Magnolia’.

Aaron Dessner has never sung lead until this album, and he does so most notably on ‘The Ghost of Cincinnati’, an acoustic number that has a bit of Simon and Garfunkel to it, and even more Elliott Smith, partly due to Dessner’s introspective vocal.

How Long Do You Think It’s Gonna Last runs for fifteen tracks, and that feels a bit excessive. There’s a ridiculous amount of talent involved, and a lot of really strong moments, but the overall effect is too overly familiar to really stick.

The album ends on New Auburn, again featuring Anais Mitchell. It has gorgeous piano chords, some unexpected melodies, and two great voices, and in the moment that’s plenty. But, for me, it disappears from memory pretty soon after it’s over.

The Long And The Short Of It by quickly quickly 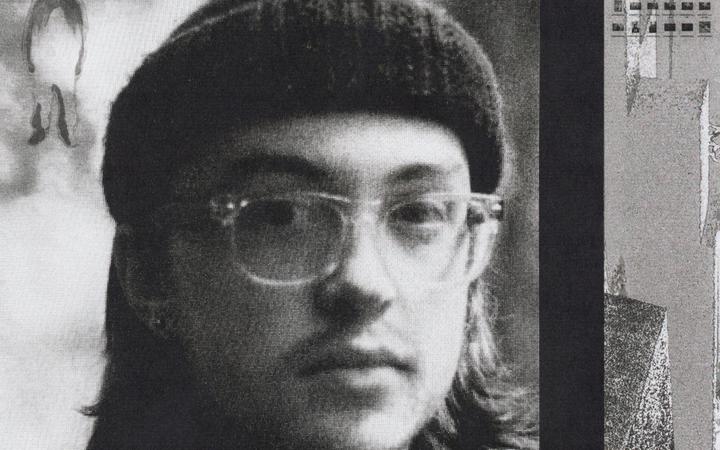 It’s strangely reassuring to grow older and realise that people half your age are making music you couldn’t have imagined. A lot of modern technology still feels novel to me, but for those who grew up with it, it’s just another set of tools.

I thought about these things listening to the debut by a twenty one year old Portland musician, who mixes beat making with bedroom pop to create something downright cosmic.

Quickly, quickly is the solo project of Graham Johnson, who started making beats as a teenager, and released the type of mixtapes that usually feature a lot of sampling. Johnson played all the parts himself. I’m a huge fan of sample based music, and not someone who thinks live performance is superior. What does impress me is his ability to evoke any number of genres in his playing- this is the midpoint between bedroom pop and hip hop production, but there’s a touch of jazz, Latin influences, psych rock and a bunch more.

The album’s most ambitious track is its first, ‘Phases’ - a cosmic jazz gumbo featuring spoken word poetry by Sharrif Simmons before Jonson has even taken the mic. It's such a blast of fresh air, and having it start the album creates a feeling that anything could happen.

The song ‘Shee’ is more straightforward singer-songwriter territory, but it’s preceded by a euphoric intro with layers of harmony, the kind of moment created by someone with ample time to tinker on their laptop - it’s unsurprising this record took three years to complete.

The Long and Short of It is quickly, quickly’s transition from beat maker to all around wunderkind, and his debut as a singer. His voice, slightly flat and unimpressed in that teenage kind of way, serves as a nice balance to some of the album’s musical heights.

‘I Am Close To The River’ - a title that’s quite literal about its place of creation, reminded me of NZ’s Lontalius with its mix of melancholy and adventurous production.

There’s plenty of live playing on the album, but it all feels like it’s been processed and reimagined on Johnson’s computer, and that’s what I was getting at at the start of this review - it never feels forced or out of place. All the sonic trickery is no more or less important than quickly quickly’s guitar, or voice. It’s just another part of his sonic palette. 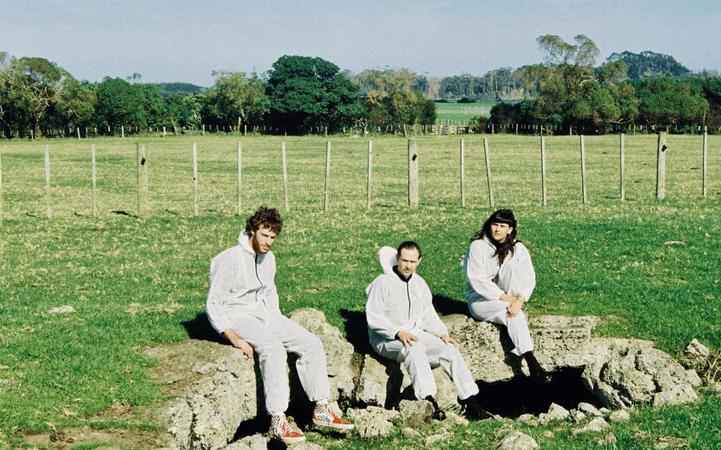 When I think of protest music in NZ, I think of 'Affco' by The Sceptics, or 'There is No Depression in NZ' by Blam, Blam, Blam, any number of tracks by Herbs, or Upper Hutt Posse’s ‘E Tu’.

I’m not sure if the new album by Sulfate counts as protest music per se, but it certainly has an eyebrow firmly raised as it assesses the state of our country in 2021.

The opening song is called ‘Bottle it In’, and refers to someone as knuckle dragging. I’m not sure if singer Peter Ruddell is bottling up his disdain, or commenting on our nation’s habit of playing things close to the vest. There’s also a naughty play on the word ‘lubricant’, so maybe it’s drinking culture in the crosshairs.

I like the way he over enunciates the word ‘bottle’, and I love the song’s finale, rivalling the best of Scottish band Mogwai’s nineties guitar freakouts.

When Sulfate debuted it was Ruddell's solo project. He supplies Wax Chattels with their distinctive, distorted organ sounds, and plays with Jazmine Mary, and Kane Strang. He seems to be an insatiable creator, having found his niche in a slightly gothic corner of our music scene.

On this, the band’s Flying Nun debut, he’s joined by Harriet Ellis of Na Noise on bass and vocals, and David Harris on drums, making this an explosive full band affair. On ‘Crossing’ that sound is downright uplifting, each note a bit more triumphant than the last.

Like a somewhat surprising number of Auckland indie musicians, Ruddell studied at the university’s jazz school, and perhaps in contrast to that genre, he seems committed here to using as few notes as possible.

On ‘Only Half Awake’ that results in a dark ballad that has some of the great Dunedin band HDU in its DNA, in the way its guitars sound like they’re splintering apart, and how every chord change hits like a tonne of bricks.

There are seven tracks on Godzone, and more diversity than you might expect - ‘There You Are’ sports a krautrock rhythm, ‘Forgetting’ has Ellis singing lead over an ambient bed that builds to a bludgeoning finale, and ‘Fishes’ mixes metal stabs with cutesy keyboards.

The title track finds Ruddell at his most satiric, channeling the menace of Shayne Carter’s Dimmer or former Flying Nun band Sharpie Crows. “It’s quiet here in Godzone” he says, letting the irony speak for itself while mentioning test matches, Speights, and silage.

There’s a blast of saxophone, a contemplative piano riff, a wordless hook from Ellis, and the overall result doesn’t feel like a condemnation of New Zealand, or a celebration, but maybe something in between.