On The Sampler this week Tony Stamp attempts to stave off cabin fever by checking out three debut albums - one from Canadian soul singer Charlotte Day Wilson, one from UK dance producer Joy Orbison, and one from Dunedin vocalist Adelaide Cara. 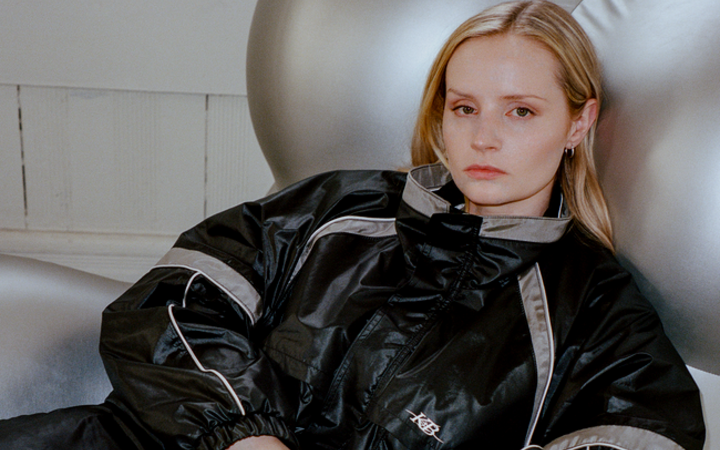 Scanning articles about Charlotte Day Wilson, the acclaimed Canadian singer-songwriter who’s just released her debut album, they keep coming back to her voice. It’s an instrument she has remarkable control over - not vamping, or even emoting too much - but keeping at an even simmer. It reminds me of some of our local talent - Teeks, Hollie Smith and Mara TK sprang to mind as acts with similarly soulful sets of pipes, and as artists not just singing for the sake of it, but because they have something to say.

The album is called Alpha, which brought to mind ‘alpha male’. I wondered if Wilson was subverting the term, before reading her explanation in The Toronto Star: she said “It’s a term that we use in my lesbian and queer communities … I just wanted to evoke ideas or images of power dynamics within relationships.”

I reviewed an album by Joan Armatrading last week, and learned that, private person that she is, she’s made a point of rarely using pronouns in her songs. By contrast, the first word on this album is "girl", on the song 'Strangers'. It finds Wilson pining for a lover who’s gone overseas, and starts the album in an appropriately beguiling place. The initial vocal harmonies sound downright devotional, before the chorus melody reframes it as an R'n'B track.

Next she’s joined by Canadian groove purveyors Bad Bad Not Good, who bring a typical lightness of touch to ‘I Can Only Whisper’, with a key change and sitar effect that just add to the fruity seventies feel.

The album’s first real knockout is ‘If I Could’, which leans into imagery of outdoor baptism and channels it through a distinctly gospel framework. Wilson’s mother is Christian, and it played a big part in her upbringing. She’s not religious, telling CBC she “considers music to be [her] spiritual practice”. But Alpha is full of religious imagery, like the lyrics about washing away sins in that song.

Other Canadian musicians pop up on the album, like Daniel Caesar and Mustafa, as well as Syd from the band The Internet, but the most intriguing writing credit belongs to Kenneth Brian Edmonds, better known as Babyface. He’s responsible for some twenty six  number one R'n'B hits, and provided lyrics to album highpoint 'Mountains'.

There’s more than a touch of gospel to that one too, complete with handclaps and knee stomps. Wilson is an artist who can play a range of instruments, wrote the bulk of this album, and produced it, but she’s obviously not afraid to collaborate, and she met Babyface at a Los Angeles writing camp - where groups of songwriters hone each other’s tracks. It remains a personal record though, and not just lyrically. Wilson’s voice is a constant presence, coming in layers of harmony, or a plaintive lead.

On ‘Changes’ she sings over a bed that could almost be Dummy-era Portishead, and smuggles in a bit of saxophone, which she’s proficient on. The lyrics are reasonably abstract - something about growing up maybe. But you can always tell she means it, and that conviction is what sticks with me. She summed it up in an interview with The Fader, saying, “I think the best tool is to actually just have something to write about, not just be writing for the sake of writing. Something that you truly need to be working through.” 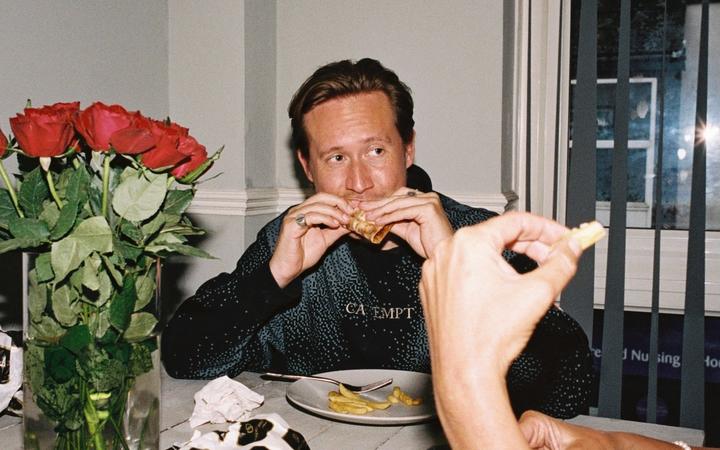 It’s maybe a sign of the times that the UK producer known as Joy Orbison waited twelve years to release his first full length project. Long-players have been falling out of fashion for a while now, victim to the algorithm politics of singles getting better numbers. This isn’t an album though - he’s described it as a mixtape, a format popular in hip hop that avoids the pressure and rigidity of an album proper. For all intents and purposes though, it is one - full of beautifully produced dancefloor tracks, and with an uncommonly emotional throughline.

Joy Orbison’s real name is Peter O’Grady. He caused a bit of a smash in 2009 with his debut single ‘Hyph Mngo’, a dubstep track which at the time was praised for its forward-thinking sound. He’s gone on to cause excitement with every subsequent release, be it single, EP or collab.

As someone who started DJing at age thirteen, O’Grady understands the artform very well, and over the course of the twelve tracks here runs through a variety of UK bass genres - garage, house, grime, and the more experimental terrain between them.

There’s also a good deal of very British self-deprecation - the Mixtape is called Still Slipping Vol 1, and on early track ‘Better’ he creates a refrain from Léa Sen’s words “you can do better”. It’s like she’s trying to motivate him, four tracks into his debut.

O’Grady has said that once he was in his twenties he moved into production, starting off, like every dance music producer, by creating loops - repetitions of one or more bars. On the track ‘Sparko’, you can hear loops emerge from a cluster of sampled voices, but he uses a changing bass note to recontextualise each, and if your speakers have enough bottom end, it's quite an emotional effect.

Dance music can be distancing to the casual listener,  and it’s this record’s stroke of genius that O’Grady has made it specifically about family. He credits his uncle and cousin for getting him into dance music in the first place, and honours his whole family here by including them throughout - snippets of conversation recorded and used to segue between tracks.

So coming out of ‘Layer 6’ - a propulsive, synth driven slow burn - we get a monologue from an unnamed woman speaking about an unnamed family member who developed a drinking problem - and that blends into the pulsing, delicate ‘In Drink’

These fragments of chat also mark this as specifically about lockdown - you can hear O’Grady’s family complain about it at moments - but as I say, these human touches are what blend the whole thing together, and make its eclecticism a bit less jarring.

‘S Gets Jaded’ is one of the more experimental things here, a series of computer-damaged synth sounds, which segues into ‘Froth Sipping’ - a title I assume is referencing cappuccino, sounding as it does like a particularly futuristic and funky accompaniment to your morning java.

Dance albums have to straddle several worlds - what works in the club might fall flat at home, and vice versa, but on Still Slipping Vol. 1 Joy Orbison has managed to balance the two with lots of experimentation, the odd moment of harmonic loveliness, and that emotional throughline - which capitalises on all of us around the world going through similar experiences these last few years.

‘Born Slipping’ ends things with a typically self-deprecating title (which also tips the hat to UK icons Underworld and their breakthrough single ‘Born Slippy’), as well as a beat laden with thick bass, and finally the sound of his family, together somewhere, sharing a laugh.

How Does This Sound by Adelaide Cara 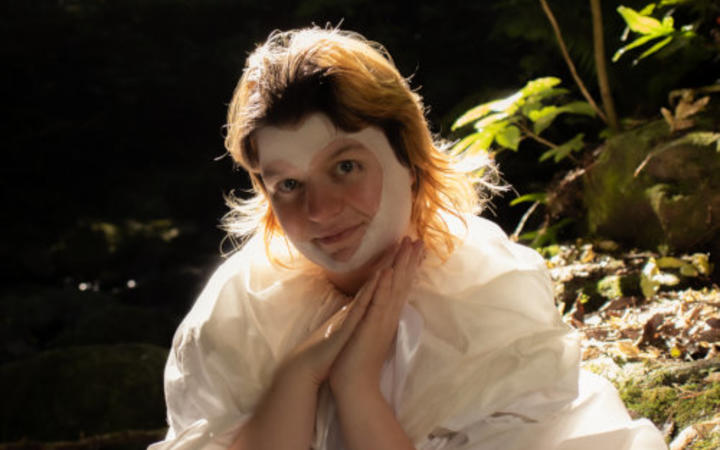 It’s been far too long since I’ve been to Dunedin. Watching the 2019 Chills documentary and its beautifully-photographed shots of Ōtepoti served as a visual reminder of the magic of that city, still a particularly vibrant source of music in this country. It does feel slightly stale bringing this up at the start of a review about a Dunedin artist, but on the debut album by Adelaide Cara, they single out a whole song to wax lyrical about their hometown.

‘Eden’ is basically a love song to Ōtepoti, with Cara praising the geography and salty air, and concluding in the chorus that it’s “just the right amount of weird”.

“In the pallid, gothic mist, we’re all slightly deranged” they say, and this album is certainly tinged with the gothic, and makes a habit of taking melodic left turns like the one leading into that chorus.

The album is called How Does This Sound, perhaps because of how it was created - for a composition paper at Otago University in order for Cara to complete their honours degree. This was under the supervision of Dr Graeme Downes of The Verlaines, and it's easy to imagine him nodding sagely at some of the more ominous chord progressions here. The sound design, as well as composition, are really ambitious. Tracks build and crescendo, go through movements and dissipate.

Some, like ‘Romantic, Platonic’, are rooted in easily relatable feelings about relationship ambiguities. “If you kissed me at a party I wouldn’t complain” is a fantastically blasé line, like Cara is hopeful but acting casual in a classically 'New Zealand' kind of way.

They sing lead in the band Milpool, a four-piece that traffic in guitar-driven post-punk brittleness. How Does This Sound has given them the chance to incorporate their piano playing, and to venture into more theatrical territory. Which is fitting for an album focused on Cara aged between seventeen and twenty two.

On 'Radiant', they complain that it “takes so long to become the one I should become”, a familiar teenage train of thought. When they conclude they want to be “humble yet radiant”, it explodes with pummeling drum hits.

This is an album striving for the epic, and while I think it sometimes strains at the seams of its own ambition, that’s to be commended. It would’ve been easy for Adelaide Cara to rely on the strength of their voice, which is extremely malleable, whipping through octaves and styles with ease. But their interests are clearly wider than that. They produced Relief by Repulsive Woman, which won Best Independent Debut at last year’s Taite Prize awards, and impressively, mixed this album in their bedroom during lockdown.

A highlight for me is ‘Rebirth’, which outlines some of Cara’s very vulnerable teenage thoughts before heading somewhere more optimistic, and articulating that musically through an uplifting fuzz bassline, plonking chords, and their voice, at times beautifully harmonised, and at others, a bit unhinged.