Tony Stamp directs his ears toward the second album by Mercury Prize-winning Brit rapper Dave, the follow-up to an acclaimed collaboration between dance music producer Nicolas Jaar and psychedelic instrumentalist Dave Harrington, and a bid for pop glory by Dominican-American Twin Shadow.

We're All Alone in this Together 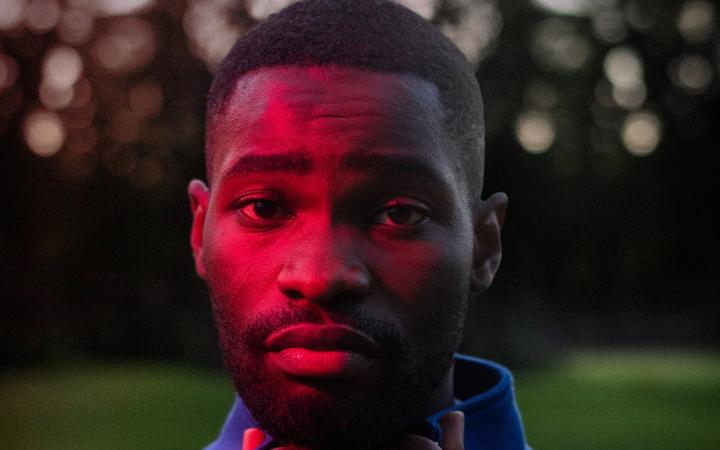 UK rapper Dave is twenty three years old, and he’s already won the Mercury Prize and The Brit Award for Best Album, for his debut Psychodrama. He’s only the second artist to score both, after The Arctic Monkeys’ debut did the same. He’s also built himself into something of a folk hero, calling Boris Johnson a racist during his Brit Awards performance, and inviting a young fan on stage to rap with him at Glastonbury in a moment that went viral.

That first album unfolded as one long therapy session. One reviewer called it “suffocatingly intense”. The Telegraph called him “a voice for the voiceless”. He’s just released his follow-up, and on it he digs deeper into his examination of life as a young Black immigrant.

Apparently 'we’re all alone in this together' is a phrase said to Dave by composer Hans Zimmer. The album is informed by Dave’s growing fame: on the opening track 'We're All Alone' he mentions escalating dinner bills, and being contacted by mentally unwell fans. He also mentions growing up in a two bedroom flat with seven other people, and repeatedly praises his mum.

They immigrated from Nigeria when he was two, and his respect for her is one of many threads running through the album.

It starts with the sound of a film reel spooling up, and someone calls ‘action’; another layer of meaning to dig into if you want. Later he says his life is full of plot holes, and after several verses outlining his life growing up poor, the track ends with a voice memo from his agent about a film role.

On ‘Three Rivers’, the focus is exclusively on the immigrant experience - and not just his own. It covers the Windrush Generation, Balkan Wars, and more recent asylum seekers, all within around five minutes. Dave says “the many pay for the few”, and name drops former Labour leader Jeremy Corbyn. There’s a line about immigrants being 'key workers' that notes the irony when they ‘couldn’t even get in the door’.

Musically a lot of the album is built around melancholy piano motifs, played by Dave himself (he might be the first rapper I’ve seen tinkle the ivories while he spits verses). Its first half is a somber listen, so it comes as a bit of a relief when the clouds part for a few relatively carefree numbers like 'System' and ‘Lazarus’.

Dave posted lyrics to every song as soon as they were released, and for an album as dense as this that’s a big help. ‘In The Fire’ features verses from UK rappers Giggs, Ghetts, Fredo and Meekz Manny, but it’s not exactly party time. Dave notes “Crime's on the rise, hate's on the rise/ Feel like everythin' but my mum's pay's on the rise”

We’re All Alone in this Together is a sprawling, ambitious album. Some of it is hard to listen to, like a clip of Dave’s mum in tears remembering when she was homeless. He’s found himself dealing with fame and acclaim, and used it to put a human face on the struggles he and other immigrant kids have had to deal with.

Dave sings the hook on ‘Twenty to One’, a musically hopeful, cathartic track. 'Twenty to one' is slang for gang violence, stemming from Anthony Burgess’ novel A Clockwork Orange. As well as that, if you started the album at the time of its release: midnight, it would be twenty to one am by the time the song started. The planning just that one moment must have taken is impressive, as is this multifaceted album. 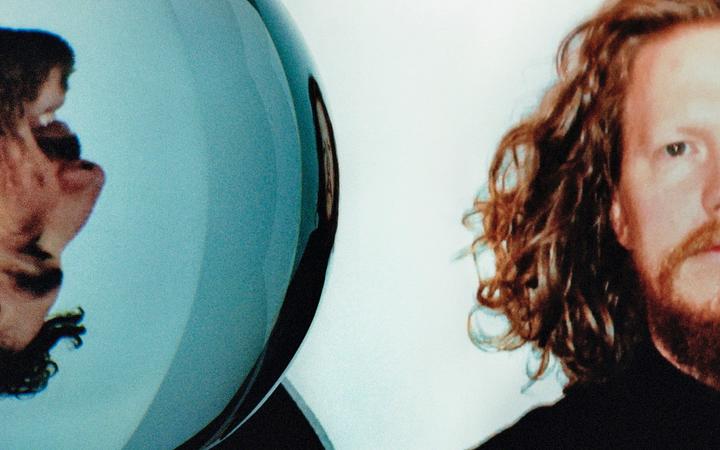 Billboard Magazine called Psychic by Darkside one of the best albums of the 2010s. It came out eight years ago, and was a collaboration between Chilean-American producer Nicolas Jaar, and multi-instrumentalist Dave Harrington. Jaar drew huge acclaim in his early career for the studio wizardry on albums like Space Is Only Noise, and much of his output could be safely categorized as dance music. Harrington meanwhile has studied jazz bass, and played in several psychedelic bands. On their second album Spiral, that marriage of influences still doesn’t quite feel like anything else.

The gradually swelling rhythm on tracks like ‘Liberty Bell’ perhaps betray Jaar’s background in dance music, but the common ground between these two musicians is psychedelia. They cite The Grateful Dead and Allman Brothers as inspiration, and I hear trace elements of Pink Floyd in all their music.

Harrington’s guitar playing is all over the album, as is Jaar’s singing, but the pair are both producers, and Jaar’s solo stuff in particular features amazing sound design - so while this can sound aesthetically old fashioned on first blush, listen closer and you’ll hear incredible attention to detail. ‘Lawmaker’ keeps the propulsive rhythm, but has entire sound worlds playing out in the background.

There’s obviously great playing on the album, but it becomes harder to tell what’s been tampered with - edited or fed through a laptop’s worth of effects. ‘I’m The Echo’ has zitar alongside lush synths, a bass guitar dueling with its synthesized equivalent, and a percussion loop that might be programmed, or performed, or something in between.

Jaar told Billboard magazine "Psychedelic music is often about creating shifts in perception. My hope is to create these very tiny shifts, so that an object can change its shape or meaning with sound -- or rather, so that we can see the inherent plurality and flux in everything.”

You can maybe get the gist of what he’s saying by looking at the album's art - a shiny orb sitting in the grass, reflecting back elements of the natural world.

Harrington is slightly more down to earth, saying: “I feel like we get to play to our teenage selves together”. That definitely sounds about right, two people playing music that evokes the seventies, but with a modern twist.

On their first album they drew heavily on improvisation, and while that feels like it’s still the case on Spiral, apparently the songs were structured at the piano or acoustic guitar. They hadn’t written in such a traditional way before, and while it’s all been subsumed in production technique, you can hear the bones of something traditional on tracks like ‘Only Young’.

Nicolas Jaar’s lyrics on this album are as philosophical as you might expect on a psychedelic album, often wrestling with man’s place in the natural world. It’s maybe fitting that his singing sometimes reminds me of Gregorian chant. Dave Harrington just sounds happy to occasionally shred his guitar when he’s not laying down foundational riffs.

The music still sounds like a meeting between two worlds. Call it electronic psychedelia maybe. I think it’s at its best when the pair lock into a mid tempo groove, and resisting the urge to nod your head becomes futile. 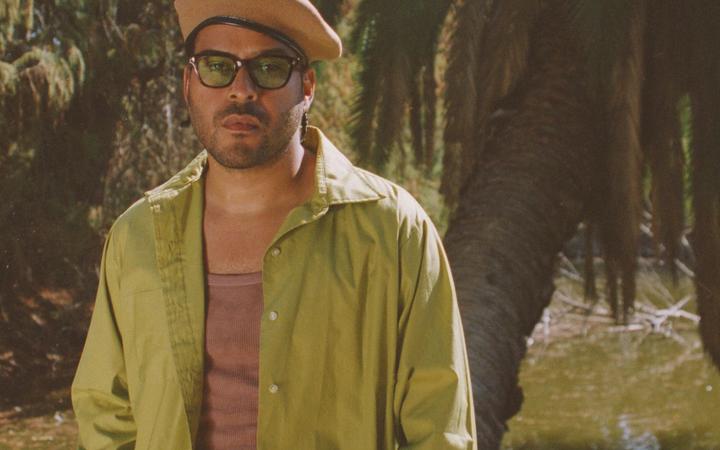 As someone who likes lo-fi music, raised on the four-track recordings of Chris Knox and the like, I’ll sometimes lose interest when an artist I like uses a recording studio for the first time and emerges with something overly polished. I’ll wonder if the music got worse, or if I just don’t like the sound.

George Lewis Jr, the American musician who performs as Twin Shadow, released his first album Forget in 2010, and while it wasn’t necessarily lo-fi, its fidelity smudged the edges off its obvious eighties reference points a bit. He’s just released his fifth, and the smudges are completely gone - for better and worse.

Lewis Jr is an unashamed musical magpie, and his tracks draw on pop music from decades gone by - a hook here, a guitar tone there. This new self-titled album feels like a big swing for broader appeal - a lot of it kind of reminds you of something else.

It was written in the wake of a life-changing experience: a few years ago the Twin Shadow tour bus collided with an eighteen wheeler, leaving a lot of people with broken bones. Lewis Jr has said it still lives with him. It made him want to record more, and to release this album independently.

He said he found himself acting on impulse, and channeling music he loved as a kid. That’s evident all through this album. You might hear a bit of Stevie Wonder on ‘Sugar Cane’, or if you’re anything like me, a lot of Terrance Trent D'arby.

The big falsetto chorus in that song is one of many moments where Lewis Jr walks right up to the edge of cliché. For some reviewers he tips over into corniness. I’m not sure how often I’ll revisit this album but I can’t deny the appeal of those instantly catchy moments.

Recording was mostly done in his birthplace of the Dominican Republic. There’s certainly a reggae swing to a lot of the music, although to my ears it’s gone through a certain amount of American sanitisation. There’s also a 'kid in a candy store' element - he used a studio with an amazing collection of gear, and you can hear various instruments duck in and out of the mix. He played almost all of them himself, and the whole thing has a giddy energy to it.

There are moments on Twin Shadow when I think it tips over into homage, or attempts a genre without the chops to really pull it off. I do find a lot of its singalong energy infectious. It’s at its best on the opening track 'Alemania': that word means Germany in Spanish, and the song is a tale of fleeting love in Hamburg. It might be the fuzziness of those details that appeal to me. Perhaps on the next release Twin Shadow should add in a few more smudges.