Mirror ll by The Goon Sax 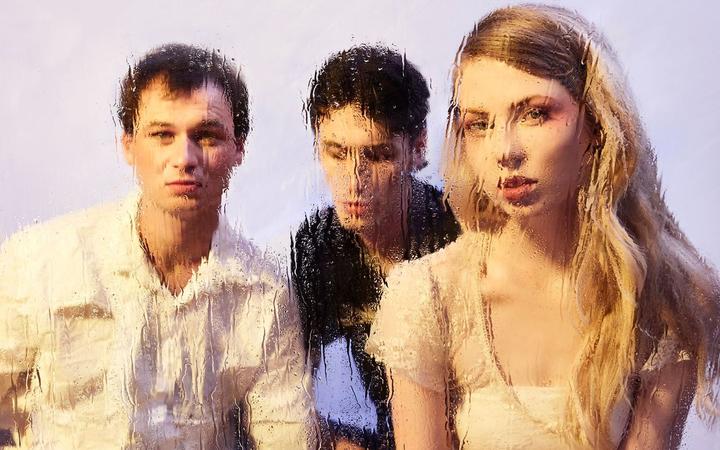 There’s a band from Brisbane who started out as teenagers, and earned international acclaim from the get go. Five years later they’re up to album number three, and the critical praise has only grown. Those first two albums were mostly made up of jangly guitar pop, but on their latest, they’ve embraced the slightly dirgier elements of shoegaze and eighties pop.

Their name is The Goon Sax. It's a colloquialism for a bladder of wine, and they embrace their Australian accents when they sing. But as I say, the positive reviews have been international - the new album Mirror ll has received glowing reviews in Rolling Stone, The Guardian and the NME.

They’re a trio, and all three members write songs, and take turns singing lead. That can sometimes be a tricky proposition for inter-band politics, but these guys sound so relaxed I doubt it’s an issue.

Their guitar player is Louis Forster, whose dad is Robert Forster from the Brisbane band the Go-Betweens. I’m sure that’s given The Goon Sax all sorts of help with their ascent, but it doesn’t change the fact that their output is consistently great.

You can hear Forster’s slightly monotone delivery on the album's first song ‘In The Stone’, and he sings lead on over half the album. His knack for a big chorus is evident on the anthemic, distortion-fueled ‘The Chance’.

That one even indulges in a scrappy, lacerating guitar solo. The band’s ambitions have definitely swelled sonically. They recorded in Bristol at Geoff Barrow’s studio (he’s one third of Portishead), and the album was produced by John Parrish, who’s worked many times with PJ Harvey, as well as Aldous Harding.

As he always does, Parrish has captured the essence of the band, even as they try on new forms. Drummer Riley Jones takes the lead on ‘Desire’, which mixes a Jesus & Mary Chain fuzzed out aesthetic with her light vocals.

The third member is bass player James Harrison, and his songs are the most acquired taste. He sounds like he’s barely hanging onto the melodies he sings, but he makes up for it with playfulness. These tracks sound most like the loosest of Flying Nun’s early output, like the free-wheeling ‘Carpetry’.

The Goon Sax are no longer teenagers, but there’s still a charming naivety hanging over the songs on Mirror ll. You can hear them mashing together their influences, like shoegaze, sixties pop and nineties indie, but their voices still ring through, and I think their uniformly relaxed deliveries help. Reading other reviews, it’s telling that they don’t linger on technical prowess, and instead focus on what’s important - the well constructed, slightly eccentric songs.

When Smoke Rises by Mustafa 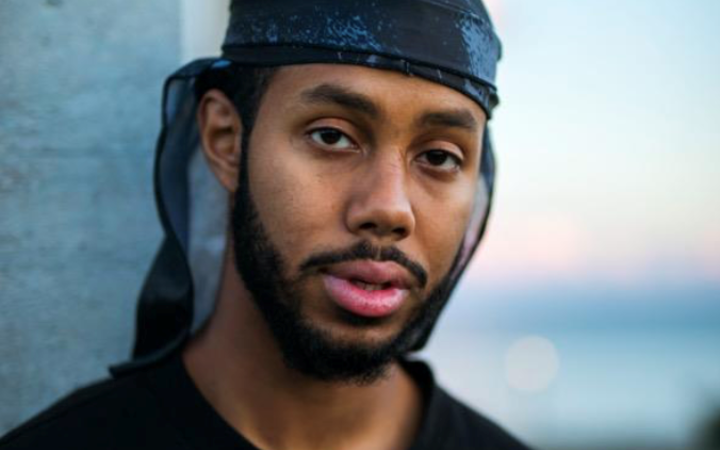 In 2009 the Toronto Star ran a story under the headline Toronto’s Little Poet Man. It profiled a twelve year old called Mustafa The Poet, whose spoken word performance at the Hot Docs film festival had made adults in the audience cry. His spoken word piece ‘A Single Rose’, which you can watch on YouTube, was about life in Canada’s largest housing project, Regent Park.

Twelve years later, he’s dropped the ‘poet’ half of his nom de plume, and released his debut album, on which he sings. And while his age has doubled, his work is still focused on Regent Park, and some of the residents who've passed.

Mustafa describes his style as ‘inner city folk music’, for obvious reasons. Acoustic guitars bump up against drum machines, and there’s an emphasis on restraint; keeping everything on a slow boil. It’s beautiful music with a focus on his breathy voice, but once you tune into the lyrics, you get a sense of where he’s coming from.

‘Stay Alive’, for example, isn’t subtle - it’s advice to a friend who has a bottle of lean and a gun.

Regent Park houses immigrant communities from Africa, Asia and the Caribbean, and over the last ten years has been surrounded by a one billion dollar gentrification project. Mustafa has spoken about growing up poor - although he had it easier than his older siblings.

He joined the rap crew Halal Gang in around 2014, and four years later crew member Smoke Dawg was murdered. His death gives this album its name, When Smoke Rises, and Mustafa’s anger at the event is processed on the track 'The Hearse'.

Mustafa’s family immigrated to Canada from Sudan, and the album has frequent samples of Sudanese music weaving through its compositions.

He’s named Joni Mitchell and Leonard Cohen as inspirations, as well as the similarly soft-spoken Sufjan Stevens. Likewise, it makes sense that mellow UK musician James Blake worked on the album, as did Jamie xx, whose band The xx is similarly subdued.

xx’s ethereal production on the song ‘Air Forces’ drives home its message - Air Forces are a type of sneaker, and Mustafa is asking their owner not to crease them, and instead stay home, and out of trouble.

He memorialises another lost friend on ‘Ali’, which addresses the murder of Ali Rizeig, who was shot in 2017 when he was eighteen. It’s agonisingly raw, and finds Mustafa dealing with survivor’s guilt.

The songs on When Smoke Rises couldn’t be more serious, or heartfelt. They also feel comforting, thanks to its warm production. In recent years Mustafa has written for pop stars Camilla Cabello, Drake, and The Weeknd, but his solo output remains hyper focused on his neighbourhood, and the album is a persuasive argument for why that is. He was making adults cry with his poetry when he was twelve, and anyone paying attention to this album will find themselves similarly affected.

I Don't Know Why I Do Anything by Lips 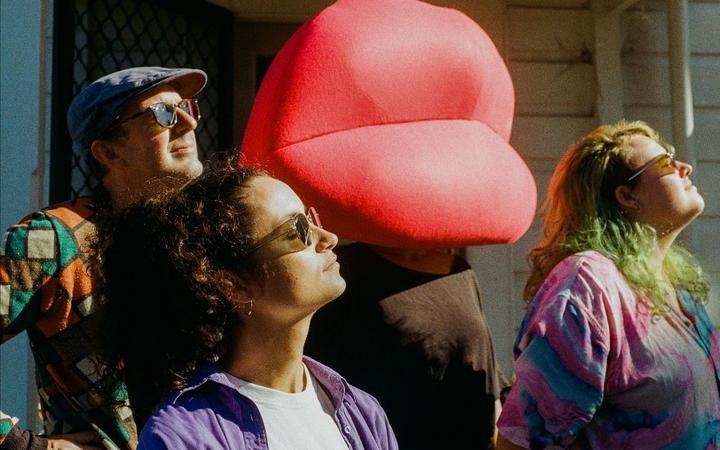 Over the last ten years, you may have seen an image of a woman with a giant pair of red lips instead of a head. I was certainly aware of the image before I knew the music. Lips is the project of New Zealander Steph Brown and American Fen Ikner, and while Steph launched the project in 2010, and won a Silver Scroll award in 2012, they’ve never actually released a full album… until now.

This album - I Don’t Know Why I Do Anything - was preceded by three boisterous singles - 'Your Deodorant Doesn’t Work', 'Heave Ho' and 'Guilty Talk', all of which are loose and vaguely chaotic. But this album has its share of straight down the line indie pop songs, including a standout called 'Take My Call'. It forgoes any studio fireworks in favour of Brown’s voice up front in the mix, and a catchy bass riff, and lets the song’s earnest sentiment carry it through.

Lips began in New York as a solo project for Brown, before she met Ikner a few years later, and he became the band’s drummer and co-producer. On this release two more members have joined - Maude Morris from the band Lexxa, and Ruby Walsh from Dateline.

Despite being a fully-fledged band, this still feels like a studio project - in a good way. It feels like there’s been effort made to distinguish each song. The latest single 'Empty Hours' started as a reimagined version of Chun Li’s theme from the game Street Fighter - the keyboard riff that denotes the character is still there, and Brown and band have build a track around it, but kept the video game vibe and sound effects, and ladled on some lovely strings.

Even the heavier songs feel stripped back, like every element has been well-considered. That approach reaches its zenith on 'Sometimes I’m Afraid', which has Brown’s voice even more prominent, with everything else pushed way into the background. It sounds like a pop-punk track that could explode with volume at any moment. But it never does.

In interviews with Brown she’ll often talk about writing in character - some of the singles have elaborate backstories about relationships and breakups. Maybe that started with her and Ikner’s involvement in Daffodils, the stage play which became a film. They were music directors for both versions, performed in both, and produced the soundtrack, a process which wound up taking a lot of their time, and presumably delayed this debut.

It’s hard to know then if the track 'It Isn’t Anything I’d rely On' is based in fact or fiction, but Brown’s delivery is thoroughly sincere, and the music’s sense of drama peaks near its end in a satisfying eruption of synthesizers.

'It Isn’t Anything I’d Rely On' is a very specific thing to name a song, as is the albums’ title. I Don’t Know Why I Do Anything is a wonderfully nihilistic thing to call an album, and feels very ‘Lips’. There’s plenty of humour to be found here, but I was most struck with the way the band uses their studio chops to craft some quite touching songs.

Near the album's end, 'Not Today' finds Brown wondering where the angel on her shoulder has gone, and it might be the most accessible thing here, a straight up acoustic pop number with an abundance of warm, inviting melodies.