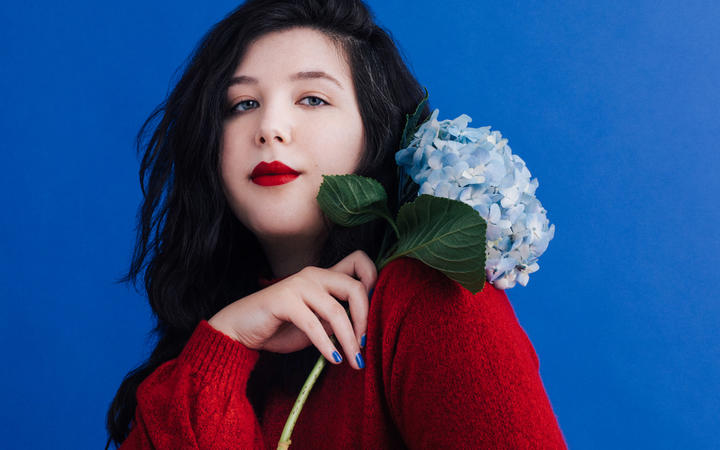 There’s no rule that says songwriters have to be transparent. The first example I came across of confessional, detail-rich music might have been Elliott Smith, and there’s a long history of that sort of thing. But it’s equally legit to say, for example “I am the walrus, goo goo ga joob”, and let people come up with their own theories.

Lucy Dacus, the hugely acclaimed, Virginia-born singer, apparently shied away from anything too personal on her first two albums. But on her third, Home Video, she goes over the details of her adolescence in great detail..

First song 'Hot & Heavy'  has a  bright and breezy exterior hiding a typically complex interior, and sets out the thesis statement for the album. It’s largely about returning to somewhere from your past - in this case Dacus’ birthplace of Richmond - and realising you don’t belong there anymore.

"Hot and heavy" alludes to an experience with a partner in their parent’s basement, but it also refers to becoming hot in the face from the heavy memories Dacus associates with the place. These songs are surgically precise in their lyrics, and they also contain multiple meanings.

The song 'VBS' - a contraction of 'Vacation Bible School' - amiably lopes along, but the words that line Dacus’ melody paint a vivid portrait of someone young, and confused.

“The preacher in a t-shirt” isn’t just a nice internal rhyme, it’s also funny, and you can picture this person after a five word description. But when Dacus sings about “secrets like peach pits in your gut” you can see how the person she was isn’t the person she is now. Dacus is no longer a Christian, and as far as I can tell, she doesn’t keep secrets.

The album’s mid-point features the song 'Thumbs', which has been a fan favourite for years now from Dacus’ live performances. Maybe that says something about her fan base. It mostly consists of her voice over some ethereal synth tones, and lyrically tells the story of meeting a partner’s dad… and fantasising about killing him.

Again I think it’s the details that make that one so special, placing the listener so firmly in her position that you might start to empathise. Vocally she has that cool delivery that’s somewhere between detached, and - especially on that song - aching with feeling.

On 'Brando' she tells another highly specific story - this time about a friend at school who built his personality around the media he’d ingested, like vintage movies, and perceived Dacus as uncultured. In hindsight she resents this, realises he just enjoyed feeling superior, and again packages it in a three minute indie bop.

The storytelling on Home Movie is engrossing, but all that aside this album is just really pleasant to listen to. Every song is extremely hummable - in fact I’m pretty sure I’ve been annoying my colleagues all week.

Lucy Dacus' last two albums featured more distorted blasts of guitar than there are here, although they do still crop up, like punctuation on especially heated songs.

She’s twenty six, and in taking stock of her teens, has made an album that I think is about self-acceptance - and I think that message will resonate strongly with her fanbase. And despite delving into some painful memories, these songs don’t burden the listener - rather they’re lighthearted, and to be learned from. 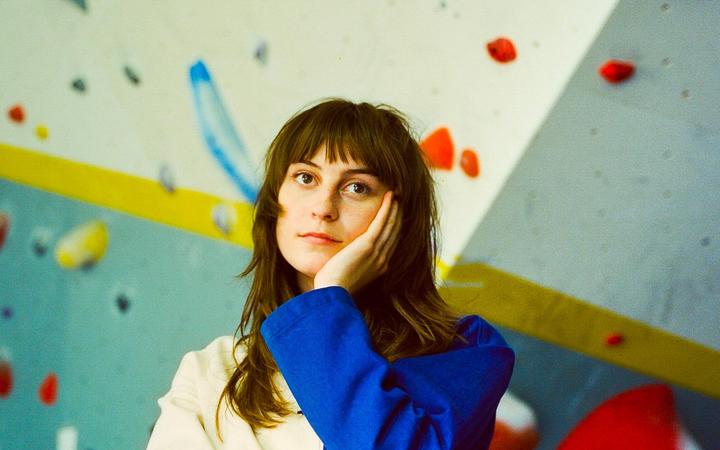 The cover of Faye Webster’s last album Atlanta Millionaires Club featured her stuffing her mouth with gold coins - the kind that are filled with chocolate. It’s funny, and shows up the irony of the title - Webster is from Atlanta, and traffics in mellow, countrified songs. But her proximity to the city’s hip hop scene permeates her music, as does her bone dry sense of humour.

She’s twenty three, and this album, ‘I Know I’m Funny haha’, is her fourth, having started her career at age sixteen. The ‘haha’ in the title is lowercase and one word - familiar to anyone who’s used the internet, although not quite ‘lol’.

She is funny, and that’s most apparent in her videos and artwork, but once you cotton on to it it’s hard to miss in lyrics like ‘You make me cry… in a good way”.

That song does start with the thoroughly earnest line “I didn't know that I was capable of being happy right now. But you showed me how”. A lot of the album is about Webster’s relationship with her partner, the hip hop musician Boothlord.

He’s signed to the rap label Awful Records, who released Webster’s second album, and while her music is clearly not hip hop, I feel like I can hear its influence, maybe in her brazen lyrics, or just the attitude.

Her main collaborator is a pedal steel player called Matt “Pistol” Stoessel, and his contributions can steer her songs toward country, or something more tropical. On 'A Dream of a Baseball Player' - about Webster’s crush on an athlete she’s never met - his contributions almost sound like Dr Dre’s nineties-era G-Funk.

There’s a bit of soul running through that one too, even a catchy sax line -  appropriate for a song about a fantasy seduction. Musically Faye Webster reminds me of Lambchop - another outfit who explore the intersection of soul and more modern genres within a country framework.

And this might be slightly sacreligious, but when she dips into her lower register on songs like 'Kind Of', I almost get a Billie Holiday vibe.

‘Better Distractions’ may well be about lockdown, as its protagonist runs out of ways to distract herself and pines for her partner. It wound up on Barack Obama’s 2020 playlist, although Webster suspects one of his daughters might be responsible.

She's tapping into a certain irony when she presents herself alongside dirt bike riders, or hip hop musicians, or hula dancers. But… maybe she’s not. These are after all just people in her life. It is true that she incorporates all kinds of flavours into her deceptively simple songs, and delivers most lines with a wry smile. On 'Cheers' she cheekily hopes she gets married before her brothers, before the chorus opens up and she delivers a toast to her and her boyfriend - serious and silly at the same time.

MAN MADE by Greentea Peng 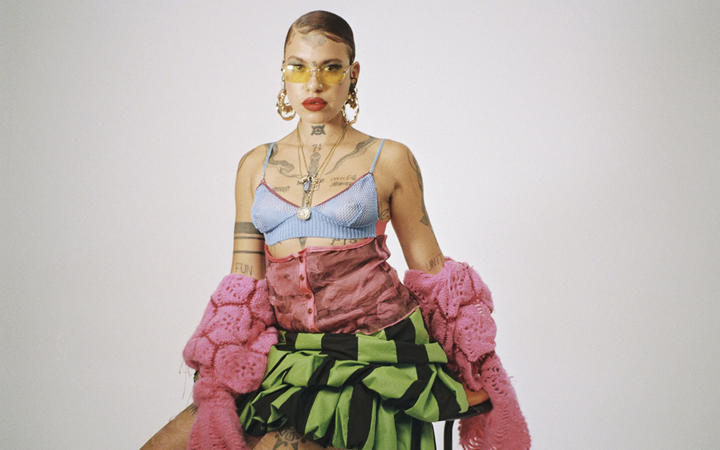 Maybe it’s all the tattoos, but Aria Wells, the UK musician who works under the name Greentea Peng, has an air of worldliness about her that seems older than her twenty seven years.

Maybe it’s the slight weariness she has in interviews, or how well-travelled she seems to be. Or it could be my subconscious reacting to the music on her debut album, and how much of it seems to be channeling the best of nineties trip hop.

Greentea Peng began as a project for Wells in 2017, and her ascent into peoples ears has been rapid. Her performance on the YouTube outlet Colors went viral, she guested on a mixtape from Mike Skinner’s The Streets, played on Later… with Jools Holland, and placed fourth on the BBC’s Sound of 2021 list. All this before she had a full length album out.

Some music is rewarded for being precise, or hiding layers of meaning; being carefully written. The music on Wells’ debut Man Made sometimes feels like the opposite: its strength comes from a lack of constriction or planning. The eighteen tracks here mostly feel like jams for her to free associate over, and while she can and does flex as an MC, she’s also happy to lean on repeated refrains or slogans.

On 'This Sound', she repeats the title over its fruity bassline and lackadaisical funk guitar, but her sincerity is hard to question.

"This sound is like medicine", she says, and I know what she means. The whole album is sonically pleasant; an aural tonic. It hints at Wells’ personality that it was recorded at 432Hz as opposed to the industry standard of 440. I’ll leave you to look up the difference if you’re interested, but in her words 432 is “more of a bodily, heart-zone penetration-type frequency”. She says she wanted the album to be “an offer of healing”.

On 'Be Careful' she says “we gotta feed our minds with the correct sounds”, over a bed that almost sounds like a classic Timbaland & Missy Elliott colab.

Reading up on Greentea Peng is to be thrown into a deep pool of references, from Krishna and Jah to mystical frequencies, and a lot of East London slang - 'peng’ is itself a colloquialism meaning nice, or attractive - but that’s fitting for music that throws together so many genres, from jazz to dub, hip hop and soul. There’s a political underpinning to some of these tracks too, touching on class issues and gentrification, or the simple plea heard on 'Free My People'.

Man Made apparently involved a whopping eighteen producers - one for each track. That sounds like a potentially stressful proposition, especially for an album released on a major label - Universal in this case. But it sounds light as air and decidedly stress free.

Greentea Peng has cited the Sex Pistols and the Clash as influences, and you can hear that in some of her more anti-authoritarian impulses. But overall this cocktail of mysticism and beats goes down super smooth.