New Music and Big Pop by Another Michael 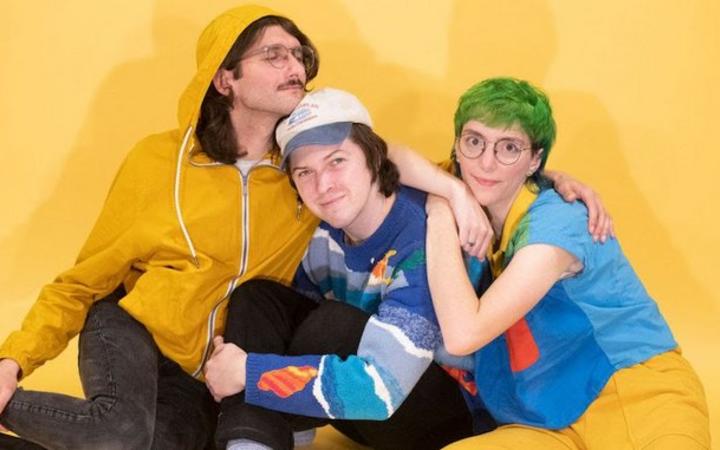 Maybe it’s because we’ve just begun Winter in Aotearoa, but this week I gravitated toward an album that often feels like summer. It’s by a young band called Another Michael, and while they make music that sounds like the distillation of Californian singer-songwriter tradition, they’re based in the somewhat unlikely locale of Philadelphia.

Many of these songs bring to mind everyone from the Beach Boys to The Las, to Teenage Fanclub, or more recent AM radio janglers Whitney. Lyrically though they hint at the bands’ millennial age range. 'Big Pop' for example is very meta, a song about songwriting, and songwriters. It’s hard to read lines like “You’re an amazing artist, thank you/ no one else taps into my brain with truth” as anything other than sarcastic.

The name of that song makes up half the album’s title - in full it’s New Music and Big Pop, a pretty wry thing to name a debut album. The other half comes from track one,  'New Music', and this time the words are super sincere, a modern ode to swapping music online. It’s expertly layered, gathering feeling and instruments as it goes, and features a bit of auto-tune on the backing vocals, notable considering how the band seems to be aiming for sunny seventies production.

Singer Michael Doherty starts with “We were up late online talking about new music, and you sent me a link to a song that I’d never heard before”, a rather sweet sentiment, and as the song goes on he states his own ambitions as a songwriter, saying “I want to make something timeless”. When the song crescendos he concludes with “I’m kind of new”, which is about as self-aware, funny, and honest as album openers get.

Doherty has a pretty extraordinary voice, easily occupying the high range, and injecting pathos when he occasionally vamps around a scale's blue notes. The music is so easy going you might take for granted how memorable his hooks are. 'I Know You’re Wrong' is breezy, despite its title, and he crams every section with melodies that he goes on to reinvent as it progresses.

Another Michael originally started as a solo project for Doherty - you can read the name as a kind of self-defeating joke - but now includes Alenni Davis on guitar, keyboards and backing vocals, and bassist Nick Sebastiano, who co-produced. The focus is always on Doherty’s voice, with good reason, but there’s plenty of detail to enjoy, like the occasional rim shot in 'I Know You're Wrong', or its cascading electric guitars.

Elsewhere the band strays closer to folk music on 'My Day', which has Doherty balladeering on acoustic, free of any studio trickery.

There’s an element of millennial angst running through New Music and Big Pop, rearing its head on song titles like ‘What the Hell is Going On?’ but mostly it feels like an album by music fans, for music fans.

The cover art is a painting of the area where the band recorded, and it’s a good representation of the album; big things rendered in miniature, a soothing palette, and peeking over the horizon, the sun. 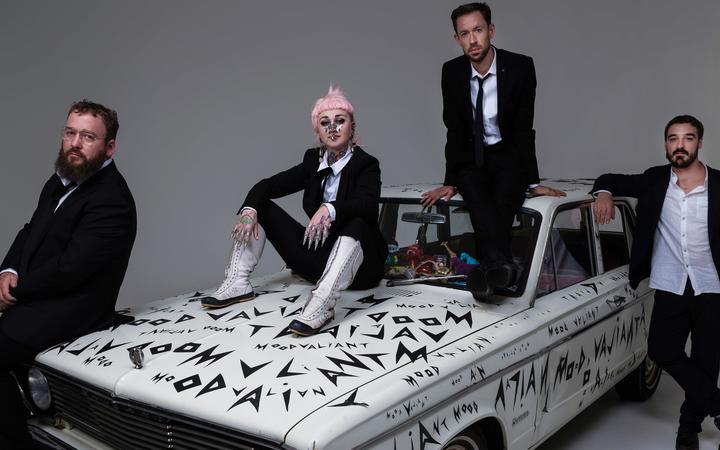 Reading interviews with the band Hiatus Kaiyote, I started to notice a pattern. They keep being described as neo-soul, or jazz, or funk, and they keep insisting they don’t subscribe to genres. It’s true that this band is greater than the sum of their influences. It’s also true that, hearing this music for the first time, you may be surprised to hear it was generated by four white Australians.

It speaks to the acclaim they’ve received that Brazillian composer and arranger Arthur Verocai provided strings and brass for several songs, from his home in Rio de Janeiro. Verocai is seventy six, and his reputation has vastly swelled since his debut in the seventies.

Equally impressive is the list of artists that have sampled this band - Kendrick Lamar, Beyoncé, and Drake among others. In 2013 Prince himself tweeted a link to one of their songs, simply saying “Don’t worry… just click”.

It’s easy to see how they drew attention, drawing influence from various genres - despite what they might say - and compressing them into a sort of supercharged package.

The track 'Chivalry’s Not Dead' even squeezes in some slap bass, a staple of seventies funk. All the playing is virtuosic, and each song meticulously arranged - another thing the band gets defensive about when it’s suggested they improvise - but the mood is defined by their exuberant singer Nai Palm. In that song she fantasises about being a leopard slug and seahorse, mentions electrons in the air on fire, and ends by saying she wants to be "close to your molecules". It’s a love - or maybe lust - song taken to its extreme.

Hiatus Kaiyote traffic in extremes, even when the music mellows. The production is overstuffed, feeling like it’s trying to punch through your speakers, and this approach makes it a good fit for the record label Brainfeeder, founded by similarly maximalist producer Flying Lotus.

You can hear how cranked up everything is on a track like 'Red Room'. It’s a soul ballad about Nai Palm’s childhood bedroom, but the volumes are so loud that, even when it’s just drums playing, you can hear the tape hiss rise and fall around the walloping kick drum.

I read an interview with Hiatus Kaiyote where they responded to their ‘future soul’ tag, conceding that they liked the ‘future’ part. Mood Valiant is certainly a forward-facing album, but it seems disingenuous to not admit how much it draws on the past. Regardless, this is a provocative collection of tracks, featuring some virtuosic playing, and - although the band might disagree - plenty of soul. 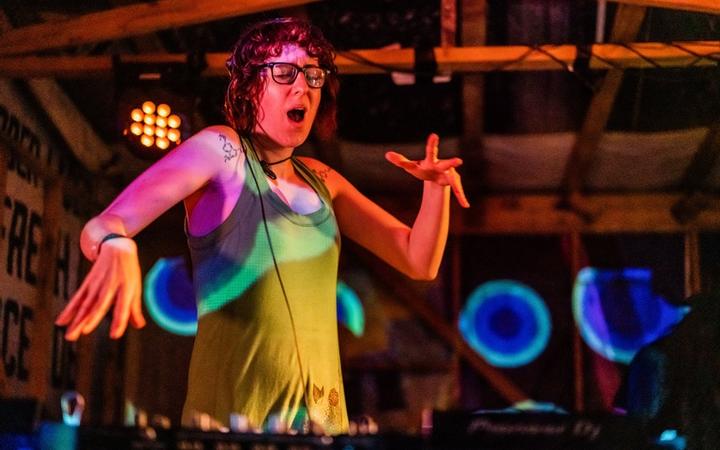 I once predicted on the radio that the clattering genre known as drum n bass would soon cease to be a thing. That was about fifteen years ago, and I could not have been more wrong. Instead it's headed in new directions - you have very commercial versions, purist versions, and some that push against the genre’s template into weird and wonderful new forms. One exponent of the latter is based in Wellington, and has just released a new EP called Dreams.

Paige Julia released her debut album Morphling earlier this year, which established her palette of drum n bass signifiers - enormous, fizzing bass, skittering breakbeats and unsettling synth drones. Some of that album could be called drum n bass, but much of it, like this EP, uses the genre's sounds to create something new.

There is in fact a whole ecosystem around this type of music that’s continually evolving. Dubstep was a kind of halftime version of drum n bass, and now ‘halftime’ has become its own genre, which according to the dance music magazine Dummy operates in “the hinterlands between footwork, jungle, drum’n’bass, hip-hop and future beats”.

At a certain point it doesn’t matter, but listening to Julia’s track ‘Live and Direct’ and its scattered snare drums, it feels like music working on two tempos at once.

There’s a rich legacy of bass music in this country, decades of warehouse raves and bush doofs. Paige Julia has been immersed in Wellington’s dance scene for a while now, starting to DJ in 2012 and then moving into production.

Anyone who’s dabbled in this sort of thing will hear that these tunes feature some very refined sound design - those big washes of sound take a lot of expertise to perfect. Julia also has an ear for melody, from the relatively friendly chime on 'Dreams', to the slightly more sinister ones on later tracks. ‘Digit’ starts with what I think might be a manipulated fraction of bird song, which gives way to a frenetic breakbeat and monster bass, before something more whistle-able cuts through.

Paige Julia has released music on several different record labels, and this one has come out of Unchained Recordings, based in Hong Kong. Looking at their roster they have artists from China to Japan, Austria to Portugal, and plenty more. It’s nice to see a kiwi on that list. For anyone interested in forward thinking electronic music, the Dreams EP is a must-listen.