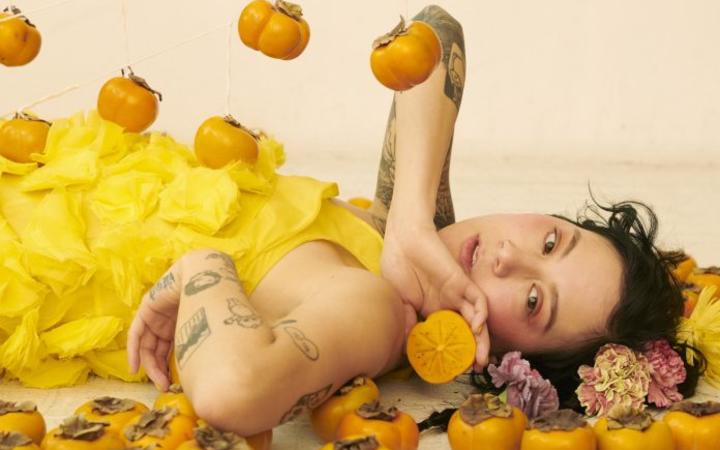 A few years ago, post-Brexit and the election of Donald Trump, pundits foresaw a resurgence of punk and politically charged bands, and sure enough, that’s what eventuated. During lockdown there was a lot of counterintuitively calm music, that seemed to be willing everyone not to panic. This year, despite the virus still raging, and innumerable other global problems looming over the horizon, I get a sense of defiance from some of the music I hear, from artists who seem to be saying ‘yes things suck, but dammit I’m going to enjoy myself.’ It’s certainly true of the new album by American artist Japanese Breakfast. In fact she called it Jubilee.

The huge, marching-band powered 'Paprika' starts the album, setting the tone nicely. It’s happy in a way that maybe isn’t possible when you’re not facing catastrophic global events, complete with a zippy brass section. Michelle Zauner, the artist behind Japanese Breakfast, has said this album is mostly written in the third person, but reading the lyrics to that one, it seems to be about the joy of performing music. The concession comes during the middle eight, when the adrenalin has worn off and she finds herself alone. But pretty soon we’re on to track two, an even catchier earworm called ‘Be Sweet’.

Music like this is called 'indie pop' these days, but it used to just be called ‘pop’. And 'Be Sweet' is about as accomplished as it gets, doling out memorable melodies in every section. One of my favourite songwriting tricks is used here: you think the chorus has arrived in that ‘make it up to me section’, but then we get to the real chorus, and it’s even more elated.

Zauner’s first two albums were explicitly about the death of her mom, as is her best selling memoir, Crying in H Mart. She’s said Jubilee is a reaction against that - a deliberate effort to create joyful music, as well as write about people other than herself. On ‘Savage Good Boy’, she takes on the persona of a male billionaire, and creates a sour love story out of his desire to destroy the world with unfettered capitalism, so that he and his partner can start to repopulate the planet.

Like all these songs the sonics are pristine, channeling eighties power pop in the best way. Zauner self-produced alongside her drummer Craig Hendrix, and while the songwriting is recognizably hers, some of the shoegaze-y noise of her previous albums is gone.

On 'Kokomo IN', she writes from the perspective of a teenage boy in suburban America, whose love interest has gone to study abroad. It’s super sweet, noting how social media creates the illusion of proximity, and that sweetness is supplemented by an appropriately sugary string section.

When Zauner was interviewed by the AV Club, she specified that these aren’t necessarily happy songs, but are “about joy in the sense that there are songs about fighting to obtain joy, preserving joy, wrestling with mental health in order to feel joy”.

Of the ten tracks on this album, there are no bad ones, just degrees of excellence. I think that speaks to Michelle Zauner’s quality control. I also admire the variety of tone - clearly a lot of thought has gone into creating a new space for each track. On some she indulges in guitar heroics, some have stabs of brass, or strings, and so on, but they all fit. It’s thoroughly accomplished, and all very heartfelt, no matter whose perspective she’s singing from.

When an artist makes a deliberate choice to edge out of their comfort zone and make something more broadly accessible, it can be a recipe for failure. Jubilee has a higher fidelity than the first two Japanese Breakfast albums, and not just that, it’s the sound of a musician aiming high, and succeeding. 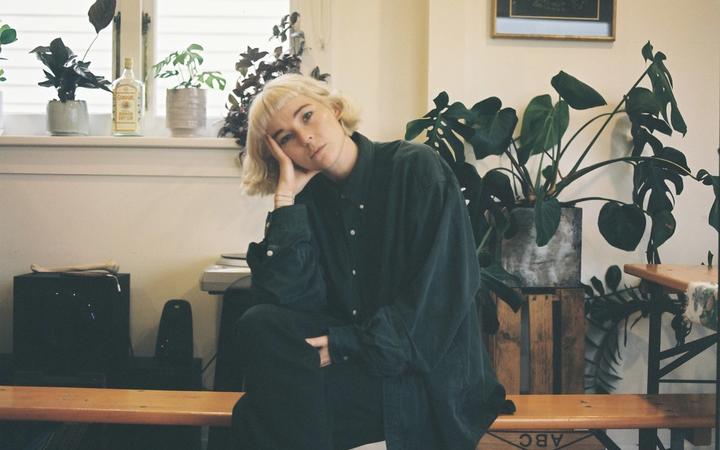 Thinking about the musical landscape of Aotearoa, the genre that still seems the most vibrant and diverse is hip hop. We have a range of local MCs from their teens through to middle age, representing not just cities but specific suburbs, and an increasingly wide-ranging array of sounds and styles.

We’re truly spoiled for choice, and this year sees the second EP from a unique new voice.

The first release under the name PollyHill was made by Paloma Schneideman and Olli Jones, but the latter bowed out after it came out, leaving this a one-woman project.

Incidentally, Schneideman is two for two in coming up with great titles - the first EP was called Greatest Hits, and for this second she’s tweaked the word posthumous into Post-Humorous.

The music is largely defined for me by her vocal delivery: calm and collected, never shouting when a murmur will do. Lyrically though, she’s seething. She just keeps a lid on it.

It’s hard to single out any bit of wordplay here - it’s all impressive - but there’s a line in ‘Chilly’ where she says she’s tried censoring herself 'from people who have no sense of themselves' that jumped out at me early on.

A wide array of topics are circled, but thematically it all comes back to staying true to yourself, and keeping headstrong. It’s telling that Schneideman’s website address is 'Shneide-woman'.

She’s also a filmmaker, having worked on music videos with JessB collaborator Half Queen (recently they directed Jess’s 'Bullseye' clip), and has a feature film in development. The log-line for that says it will look at “female shame, sexual identity, the relationships that shape us and the actions that define us.”

Unsurprisingly, similar themes run through this EP - storytelling and rap have always gone hand in hand. On 'Pulling Teeth', PollyHill rails against fake friends and threatens to ‘flip like gymnasts’. Lines like that show up the EP’s title as itself a joke - for something called Post-Humorous, it’s pretty funny.

The EP was self-produced, and perfectly complements Schneideman’s delivery. She’s said she’ll use old film noir samples, and while these are chopped and manipulated, I think they contribute to the overall melancholy, restrained vibe here.

The bed on the final track ‘Unloveable’ aches with feeling, as she asks ‘are you proud of me becoming all those things you weren’t allowed to be”. Maybe she’s talking to a mother, or grandmother. Regardless, it’s the kind of line that marks her as an exciting new voice in an already vibrant scene. 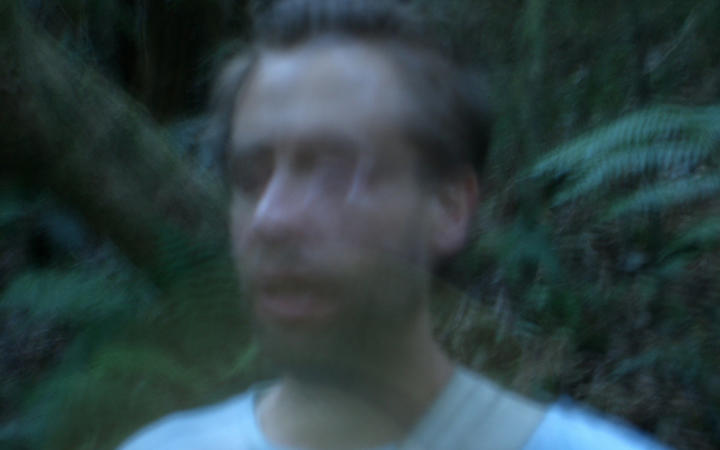 Wellingtonian Bevan Smith has been a prolific musician for a while now. He’s released solo tracks under the alias Aspen, and more recently Introverted Dancefloor, is one half of Bright Music, and one third of the band Glass Vaults. And over on his Bandcamp page, he’s been quietly releasing a series of EPs called Isolated Dreams, under another alias: Signer.

When Signer emerged, Smith described the music as ambient, but it was quickly tied to the kind of dub-techno championed by Berlin label Basic Channel. That description certainly fits, although Signer's work is defined by a strong melodic backbone.

He’s released eight EPs since the end of last year, with between two and four tracks on each, and they seem to be an exercise in rapid turnaround - ideas stripped back their essence and captured on the fly. The first six used just two pieces of gear - the locally made Synthstrom Deluge, and a Waldorf Microwave synth.

He’s also prone to sneaking in his voice, moments that feel like he's taking melodic structures from more traditional songwriting and grafting them to his electronic impulses.

Some tunes falls more on the dub side of the equation, but most lean into a faster tempo and metronomic kick drum, sometimes evoking local heroes Pitch Black. Even when things get more freeform, there's still a tranquil, dreamy vibe.

The tracks on these EPs are numbered, not named. He’s currently up to 256, which makes me wonder if there are literally hundreds of these that he started, and we’re just getting the best cuts. Songs are left to wander where they may, simple ideas set up and then tweaked by Smith over their runtime, sometimes for over ten minutes.

The first six Isolated Dreams EPs formed a series, and Bevan Smith has said that volumes seven and eight are part of a new batch. The gear list has changed slightly, swapping out the Waldorf for a Roland D-550, and these tracks sound even more granular, like he’s focusing on the tiniest noises possible - subtle wee clicks and textures.

The melodies too have been plucked down to their essence, in fact sometimes just one chord will ring out. But despite the volume and nature of these tracks, they’re defined by a loving attention to detail. There’s plenty here to get lost in.