Tony Stamp assesses the high energy electro pop of Japanese band CHAI on their third album WINK, an electrifying collection of psychedelic jams from Saharan guitar maestro Mdou Moctar, and the latest from Iron & Wine's archival series - full of songs recorded prior to his debut album. 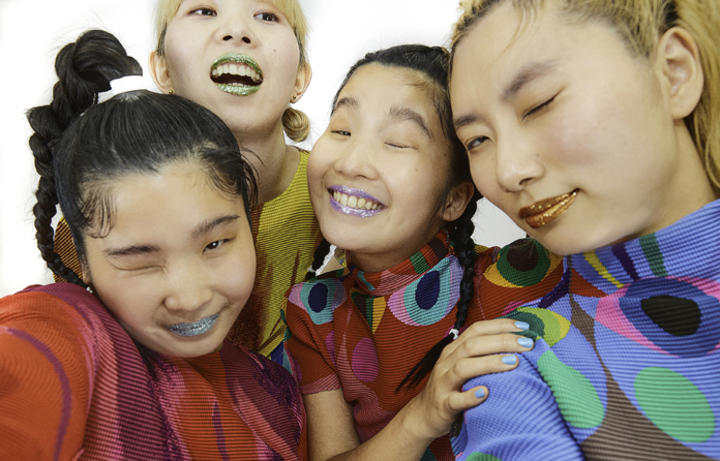 I saw someone declare on social media the other day ‘No one wants to hear your lockdown album’. I know where they’re coming from - the music press became fixated on this sort of thing during the worst of the pandemic - but I respectfully disagree.

It may have become cliché, but musicians, cut off from spaces like recording studios, had to adapt like the rest of us, and music often serves as a reflection of its creation. How could artists ignore a global event - and why should they? In years to come I think these albums will serve as aural reminders of a time when the world was forced to stay indoors.

For some acts, like Japanese band CHAI, it brought about a complete change in sound and style. Their first two albums, PINK, and PUNK, were more focused on scrappy guitar-fueled power pop. But for this album WINK - their first for American label Sub Pop - lockdown inspired them to work differently, and the result is something based more around synths and programming.

Some of it sounds like excited experimentation in a new sandbox. And some is really accomplished, like their understanding of dancefloor dynamics on deep house jam 'ACTION'.

CHAI dabbled in electronic music on their first two records, and have frequently cited hip hop as an influence, but here they get to really stretch out and embrace it. And while these songs are still shot through with enthusiasm, overall the tempo has slowed a bit.

‘Maybe Chocolate Chips’ is a typically playful title, for a tune that’s indebted to nineties RnB. Chicago hip hop artist Ric Wilson guests on that track, one of two American collaborators on the album. There’s an interesting line from him that says “they can’t define you with beauty myths”.

This is something CHAI have spoken about frequently, although I sometimes feel I’m missing a few pieces of this specific cultural puzzle. They often talk about reclaiming ‘kawaii’, which means ‘cute’.

Mana, the band’s frontwoman, told the New York Times “We didn’t fit into this definition of cute, which was considered the biggest form of accomplishment in Japan. Once we started exchanging our insecurities, it gradually became a kind of comfort blanket.”

In their videos there’s an effervescence and lack of self consciousness that translates as thoroughly charming. It also makes a song title like 'Nobody Knows We Are Fun' seem knowingly ironic.

CHAI feel like the sort of band that wouldn’t normally find an international audience, and I think it’s partly thanks to sheer force of personality. In 2016 they won a competition to perform at SXSW in Austin, and were consequently signed to Sony Japan. Since then they’ve just consistently released good music.

They’ve been known to cover Culture Club’s Karma Chameleon at gigs, as well as Mariya Takeuchi’s 'Plastic Love' - a Japanese City Pop classic. There are definite city pop references on this album, and an appearance by another Japanese band, YMCK, who make 8 bit chip tune, evoking old school video games.

It’s maybe tempting to ascribe a sense of novelty to CHAI’s success - they’re led by twin sisters and take every opportunity to embrace silliness. But that would overlook how good they are on their instruments, for one thing, and the way they switch into choreographed dance routines with similar ease.

There’s a lot of musicality going on here, it’s just complimented with an abundance of personality. 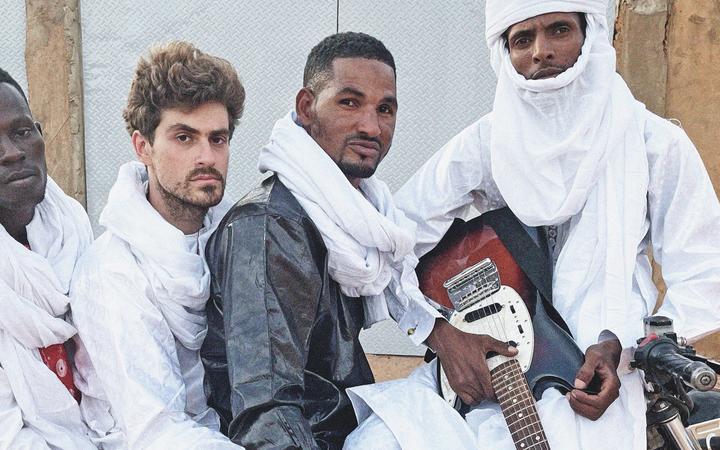 When talking about our current musical ecosystem, you can’t escape how the internet changed everything. We all know this; record stores are all but gone, consumption is based around an increasingly small pool of streaming services, and so on.

There have been upsides too. Things like genre are much less tribal. Taste is altogether more communal. And mid-level record labels have become increasingly diverse. I first noticed it when Sub Pop, the label that introduced the world to grunge courtesy of Nirvana and others, started to include avant-garde rap acts as part of its stable.

And now one of the hottest new releases on Matador - the American label that's released albums by Belle and Sebastian, Pavement, and Kurt Vile - is a new album by a guitarist based in the Republic of Niger.

Mdou Moctar's last album was released by the American label Sahel Sounds, which specializes in music from the southern part of the Sahara desert - a very specific brief. But Moctar has an increasingly loud buzz around him, meaning this album, Afrique Victime, is getting a lot more attention.

He comes with a fascinating story. His village in Agadez, Niger had no music stores, so Moctar had to build his own guitar, stripping cables from bicycles to use as strings. He uses a battery-powered amp because he often doesn’t have access to electricity. And because there were no guitar picks, he developed his own playing technique, shaking his forefinger against the strings to create euphoric solos.

Moctar recorded his first album Anar in 2008, which was never officially released but, according to his Bandcamp page, circulated through cell phone file sharing networks in the Sahara. The album features his voice cloaked in autotune over electronic drums. It’s a very different proposition, but does feature him playing acoustic guitar in a Taureg style. Tauregs are the Berber population of the Sahara, and Taureg guitar is a regional style of folk music.

When Moctar heard 'Hey Joe' by Jimi Hendrix in 2015, he recognised a similar style in Hendrix’s playing, and realised he could take his own music in a similarly amplified direction. He was also taken with Eddie van Halen’s technique of hammering onto the fretboard to create lightning fast shreds. It’s an approach that’s all over this album.

It’s worth pointing out that Moctar’s band are hardly slouches, powering through these fiery compositions with precision and verve. And while the songs are frequently taken over by blistering guitar solos, the band will step up to meet Moctar, resulting in multiple explosive moments.

There are a handful of tracks where Moctar returns to his acoustic, and while his playing is just as distinctive, these tracks tend to lean more into their rhythm, like the handclap and drum machine assisted 'Ya Habibti'.

Discovering an artist like Mdou Moctar can feel like entering a whole new world, and I like that despite being released on an American label, there’s no real concession to a foreign audience here. Part of the appeal is its regional specificity.

There’s a video on youtube of Moctar talking to Dweezil Zappa (son of Frank), and when he speaks about building his own guitar, he says not having one was like having no water in the desert. You can hear that passion clearly in his playing - he’s one of those performers where it feels like an extension of his personality.

The title of the album translates to Africa Victim, and there’s a political through line here. But whether or not you know that, this music is so alive it’s hard not to get swept up in it. 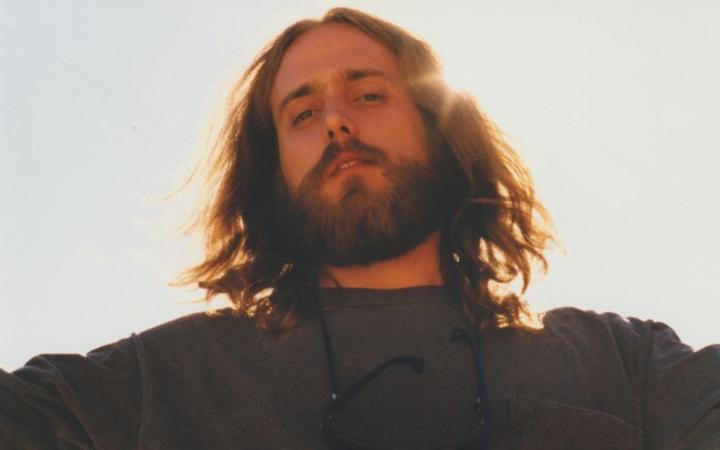 Carolina native Sam Beam, better known as Iron and Wine, has released six solo albums since 2002, as well as several collaborative ones.

He also semi-regularly puts out instalments of what he calls the Archive Series, which consists of b-sides, home recordings and cover versions. He’s now up to Volume 5, and it’s surprising for two reasons. One, it’s made up of the earliest recordings of Beam’s career, dated prior to his first album. And two, the songwriting is as accomplished as it would be on subsequent releases.

The album has the sub heading Tallahassee Recordings, due to its place of inception. Beam had moved from Sth Carolina in the late nineties to attend film school. He was already writing songs, but it wasn’t until a friend leant him a four track tape machine that he got any of them recorded.

Beam’s debut, The Creek Drank The Cradle, is lo-fi through and through, muffled and warm in a way that felt like you were listening back in time. It perfectly complemented Beam’s old fashioned sensibilities, and at the time I just assumed it was the best he could do fidelity-wise with the gear he had. So it’s slightly shocking to hear this collection, recorded years earlier, is much clearer.

It suggests that the tape hiss and murky tone of his early 2000s work was something he worked towards. He was right to do so. On Tallahassee Recordings the extra clarity leaves these songs sounding somewhat naked, but his writing was already remarkably fully formed.

There wasn’t a drum to be heard on Beam’s debut, never mind bass guitar, but both feature here. It’s interesting that excising those left something that feels more complete, and dare I say, cozier.

What this does have is the essence of Iron and Wine - chord progressions rooted in Southern tradition, his nearly whispered vocal delivery, and rural details littered through the lyrics. The track 'This Solemn Day' mentions lawns grown long due to an absent grandfather, and devotes a whole line to a cat turning around, but these everyday observations are rendered mythic by Beam’s solemn delivery.

There’s a bit more of an edge to some of these tunes, maybe due to Beam’s youth. His voice is a bit less sure but he already knows his way around a melody, and likewise his vocal harmonies are subtle here, but still pretty magic.

'Ex-Lover Lucy Jones' has some of the romanticism that Beam would lean into on subsequent releases. It’s also just a great name for a song. There are similarly ear-catching lyrics on ‘Calm on the Valley’, where he sings “I’ve tattooed the head of the woman I’ve wed on my arm”, nestled in a suitably gothic arrangement.

I also like “we sit on the lawn and she winks as she yawns”. It says so much so succinctly.

Overall these songs are less well-defined in their execution, like the Iron & Wine of the future is slightly out of focus. If he’d re-recorded them a few years later they would’ve been more assured, but Tallahassee Recordings is a solid blueprint of what was to come.

On 'Elizabeth', the added bass and drums turn it into the sort of jaunty song Sam Beam would go on to produce once he had access to studios and so on. His delivery is typically melancholy, even on lines like “your eyes curl when you grin over your tonic and gin”, but the music is buoyant, and as beguiling as Iron & Wine always is.