Tony Stamp checks out a soulful concoction from former Electric Wire Hustle vocalist Mara TK, an upbeat pondering of mortality by The Chills, and the debut of deadpan post-punk Brits Dry Cleaning. 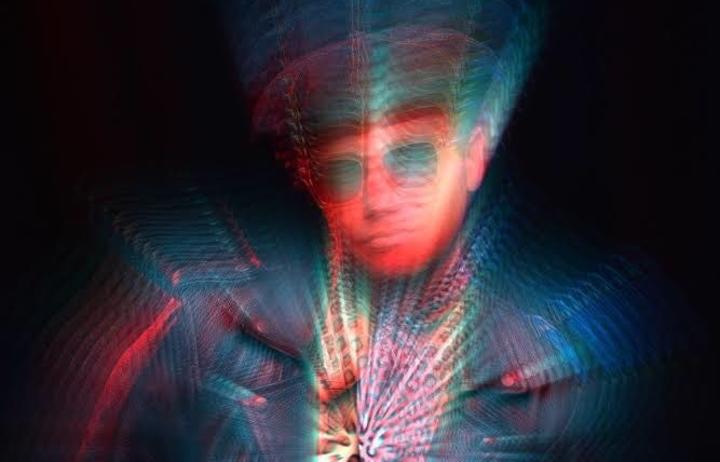 The definition of soul music is as malleable as any other genre. Maybe more so. Particularly as musical technology continues to advance and shape the sounds it’s possible to make. But sometimes the tag is less about style, and more that you feel like you’re hearing the contents of someone’s soul, laid out on record.

That's the case with Bad Meditation by Mara TK. It’s an intimate, personal collection, that never feels constricted by track delineations. It moves and morphs through songs in a woozy, dreamy way, and despite being varied stylistically, it all hangs together.

It's the sound of a man following his muse wherever it takes him. 'All I Do' falls into singer-songwriter territory but runs for just  forty two seconds before crumpling into a ball, whereas the follow up 'Grrrl' is a mostly vocal-free dancefloor exercise.

There’s a lot of backstory to Bad Meditation. Mara was the vocalist for Electric Wire Hustle, who drew great acclaim and international success over their seven album run. In the five years since they called it a day, he’s been figuring out how he wants to make music. He bought a studio’s worth of gear from a friend who was heading overseas, and taught himself to use it.

He said it was scary, but told himself that “music, like any other creative form doesn’t have to be perfect - the brush strokes don’t have to be exactly straight”.

I think that last bit is crucial to the album’s sound, and how human it feels. And it’s not that the album doesn’t feature great musicianship - it’s full of it. But, to continue Mara’s painting metaphor, he’s not afraid to smudge the margins a bit.

The album’s full of bold effects use; phasers and flangers that appear and vanish at will. Maybe it’s because I know this is the case, but it has the exploratory feel of someone trying things out.

On the album Mara sings about his Māori heritage, the tension between that and colonial/capitalist culture, and growing up in poverty. That last one is covered on 'Grew Up Inna Chaos', with his nephew 2MY adding vocals over a delicate harp and classic soul bassline.

The song 'Highly Medicated' deals with the loss of Mara’s Koro, with inventive sitar-like guitar effects and a shuffling drum beat. I think the title might be about using medication to numb yourself when grieving. Like all these tracks, it’s wistful, but not wallowing. It sounds more like Mara is looking for a way through the pain.

I pondered the meaning of the album’s title Bad Meditation, and I think it might be alluding to depression, or getting trapped in a cycle of negative thoughts. The album definitely has the feeling of wandering through someone’s mind as they process changes in their life. But all that is layered over a backbone of solid grooves. It’s as much about head nodding as it is soul searching.

Scatterbrain by The Chills 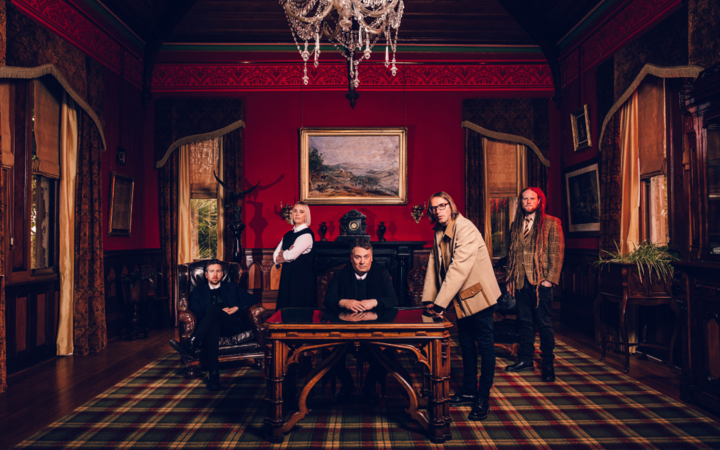 In the documentary The Triumph and Tragedy of Martin Phillips, we see the iconic Dunedin musician at a low point: he’s told by his doctor that he has to stop drinking, or he’ll die. It’s an amazing doc that shows Phillips as a fascinating, eccentric character, and also, as it goes through The Chills’ history, serves as a valuable reminder that his songs are some of our best.

My sense is the band was given a new lease on life when they signed with Fire Records, and released their first album in nineteen years. That was Silver Bullets in 2015, which was followed in 2019 by Snow Bound, and now they’ve released their third for Fire called Scatterbrain. It finds Phillips grappling with advancing age, and his place in the world.

Commenting on the song 'Destiny', Phillips said “As I'm facing mortality and lurching closer to the grave I get to wondering how much of my predicament is the fault of my own designs and how much has been influenced by forces beyond my control."

It's as eloquent and poetic a summation as you’d expect from him. And he can still write songs as good as his early classics, that are unmistakably The Chills. His voice is as distinctive as ever - roaming around the notes, never forced, slightly cheeky at times. A line like “Mortality, well it must be met alone” is striking in its bravery, but in Phillips’ mouth it’s casual... if still profound.

On 'Hourglass' he’s pondering the passage of time quite literally, repeating lines about sand through the hourglass and the years flying by, in between a petite guitar and synth riff.

The first single was the ironically titled 'You’re Immortal'. Phillips said it's about worrying over the state of the world, but acknowledging his time of influence has passed. It’s a gracious sentiment, and, maybe counterintuitively, it’s adorned in brass and strings to triumphant effect.

For someone grappling with his place in the world, or maybe feeling it slip away, you might expect some navel gazing or self-pity. But that doesn’t seem like Phillips' approach. Sentimentality does creep into the track ‘Caught In My Eye’, but even that hinges on his refusal to emote. "I can't cry, there must be something caught in my eye" he sings, and it feels like a sly joke.

That is, up until the song's final line, "There must be some other way of saying goodbye". It lands like a gut punch, maybe because these songs are so unfussy.

Things are more boisterous on the title track, which grinds along over a distorted drum machine, and seems to be grappling with the ascent of 'fake news'. It’s the closest Phillips comes to unleashing any invective, and the word 'Scatterbrain' does perfectly describe the feeling of spending any amount of time online.

I’ve found it really inspiring seeing The Chills enter what Martin Phillips has termed ‘a new epoch’. This is the longest the band has kept the same lineup - Oli Wilson, Erica Scally and Todd Knudson have been with Phillips for around ten, fifteen and twenty years respectively. Prior to 2000 the longest stint in the band was about four.

And Phillips has taken his brush with mortality as an opportunity to refocus, and tackle his life and legacy head on. This is an energetic, uplifting collection of songs, from a master craftsman who never lost his knack for writing fantastic hooks. 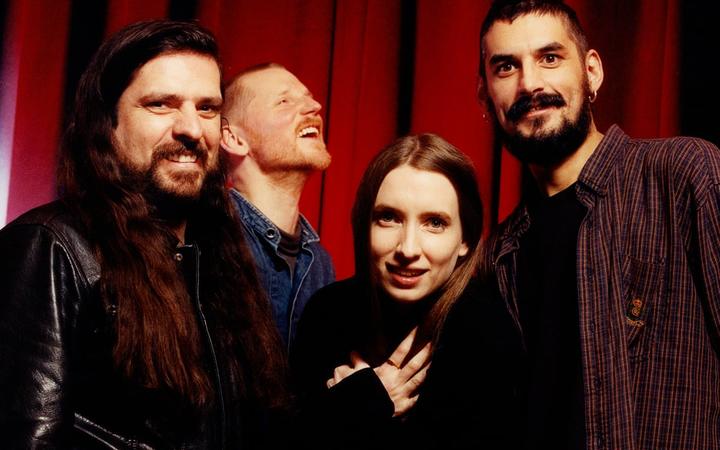 There’s an idea that’s been brewing in the music press for the past few years about a new resurgence of British post-punk. Or maybe more specifically: post-Brexit post-punk. In fact a cursory look at the web tells me two articles about this idea have been published in the last week.

I reviewed an album by the band Shame a while ago, and mentioned it then - it’s hard to ignore the connective tissue between acts like them and similarly speak-singing outfits like Idles, or newcomers Squid, or Billy Nomates, or Sleaford Mods, who arguably reignited the whole scene. There are plenty of examples, and this is what sprang to mind when I first heard four-piece Dry Cleaning.

They’re a band who trades in spiky riffs and twitchy rhythms, but it’s impossible to talk about them, or their debut album New Long Leg, without focusing on the singular approach of vocalist Florence Walsh.

There’s a comparison to be drawn between Walsh’s spoken vocals and the outfits I mentioned early - rhythmically she reminds me of Sleaford Mods’ Jason Williamson, but while his approach is fueled by frustration and anger, she sounds unnervingly calm.

It’s an approach that makes her the Zen center of the band’s storm, but it’s amazing how much nuance she can inject into this slightly monotone approach.

When you look up the lyrics, they can seem stream of consciousness, but they're undeniably funny. And only made funnier by Walsh’s bone-dry approach. She gets huge mileage out of the verbal equivalent of a raised eyebrow, like the slight pause in the line “A tanned foot squeezed hopefully into a... short boot”, or the way she delivers the word "cool". It’s aloof and removed, and somehow works perfectly? Like that acquaintance who’s a bit quiet, and you can’t help thinking ‘what’s going on with them?’

There’s this tension throughout the album where you’re almost waiting for her to raise her voice, or break into song, and neither of those things ever really happen. In fact on the title track she teases us with the start of a melody, but cuts herself off with "Don't remember anyone, sorry", and I’m in awe at the amount of disdain she puts into that last word. There’s one other song where she sings, and it’s like she’s proving she could... if she wanted to.

And lest you think I’m shortchanging the band, I think they operate with just the right amount of musicality - there are plenty of snarling rock riffs or contemplative chords injecting mood into these compositions, and again - somehow it all compliments Walsh’s vocals perfectly.

Dry Cleaning formed in 2018. They’re in their thirties, and Tom, Lewis, and Nick, (on guitar bass and drums respectively), have all played for a while now. But this is Walsh’s first band, and not something she saw herself doing. Her observations on life started with an interest in drawing captioned cartoons, and fronting the band took a lot of convincing. They promised her she wouldn’t have to sing.

New Long Leg was produced by John Parrish, who’s worked with Aldous Harding, PJ Harvey, and plenty more, and he’s given the album plenty of variation in texture, like layering an acoustic guitar on certain tracks. But mostly he stays out of the band’s way, and lets their unique marriage of sensibilities do all the work.

My confession is that when I first heard Dry Cleaning, I lumped them in with comparable British acts, and thought they were a bit derivative. I’ve basically done a 180 on that, because I don’t think any other bands are doing anything quite like this. It’s a musical equation that maybe doesn’t make much sense on paper, but on New long Leg, it produces fascinating results.