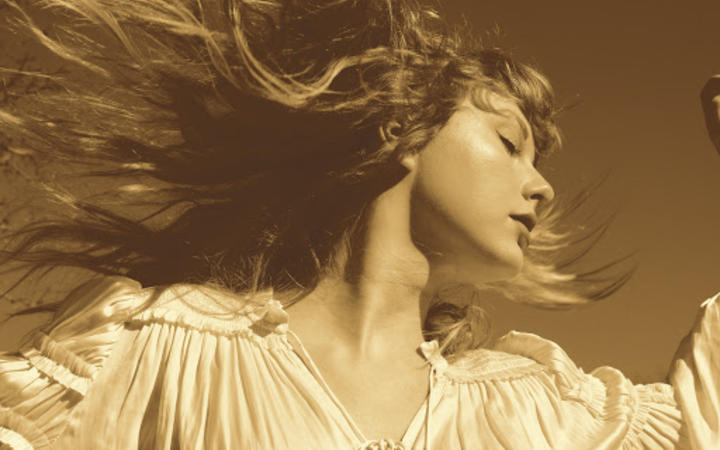 The first time I paid much attention to Taylor Swift was the release of her album 1989, which saw her leave behind her country music beginnings for good, completing the transition into pure pop. Her career since then has been fascinating to watch, particularly this recent period, where she’s moved into a sort of indie folk mode, like she’s going through genres and adding them to her collection.

This past week saw another interesting chapter in the Swift mythos, with the release of Fearless (Taylor’s Version). It’s a complete re-recording of her 2008 album, and going through and comparing it to the original, I found it’s surprisingly, uncannily similar.

There are actually plenty of examples of artists re-recording albums. The most notable examples are The Everly Brothers and Def Leppard, both of whom did it to get around copyright disputes. And that’s the case here too.

In 2004, when Taylor Swift was fourteen years old, she signed with Big Machine Records. Under this deal the label had ownership rights of six yet-to-be-recorded albums. In 2019, with those albums released and the deal completed, Swift signed with Republic. Soon after that, Ithaca Holding company, backed by a private equity firm, bought Big Machine for $300 million. Ithaca are owned by a guy called Scooter Braun, a big player in the music industry. Swift condemned the deal immediately, saying it had taken away her ability to buy back her own songs.

Swift is the songwriter and the recording artist, meaning she owns the abstract songs, but not their recordings. It means she has the power to block their use in movies, TV commercials, and so on, which she does. And it means Ithaca are powerless to stop her remaking all six albums, which is what she’s set out to do.

It seems ludicrously ambitious, until you remember that Swift has untold wealth and resources at her disposal. If nothing else this new recording is a testament to what money can actually buy you in a recording studio. As far as I can tell the lineup of musicians on this album is completely different to that on the original. But it's uncannily faithful, down to details I thought might change, like drum sounds.

Knowing that’s different people playing certain parts - with thirteen years in between them - kind of does my head in. For diehard Swift fans, I have no doubt things will jump out at them. For a relative newcomer like me, who’s spent a good amount of time comparing the two versions, it’s pretty amazing.

To my ears there are two notable changes. Firstly, the mastering on the new album is much better, with more bass and a clearer sound overall.

The other thing that’s clearly changed is Swift’s voice, and maybe that’s to be expected. If nothing else this new recording weirdly shows up the old one as being slightly pitchy and forced. She’s clearly a much, much better singer now, and I guess that’s down to age and thirteen years extra practice.

On this new recording she sounds confident and casual, and by comparison the original feels slightly desperate: you can hear the notes being pushed out, and the kind of affectations young singers can employ to add drama to their performance. Fans reading this may be getting angry at me at this point, but I’m not saying the original is bad. It’s more that I’m shocked how much better she is now.

As I say these songs are eerily close to their forebears. Streaming figures are already ridiculously high, as fans mobilise to essentially bury the old version of the album. Swift has five more of these to go, which I would say was a ludicrous undertaking, but she’s already proved me wrong with this first entry.

Last year Forbes estimated Taylor Swift’s net worth as $365 million, and clearly that buys you a good amount of artistic leeway. This new set of recordings, which she owns, is going to add to that fortune considerably. 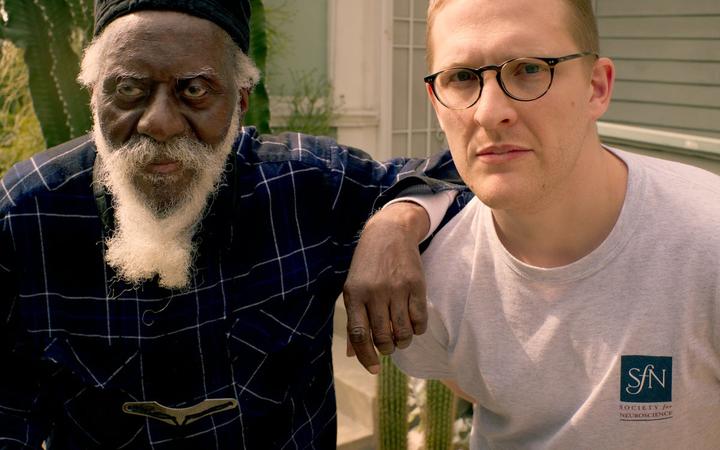 In 1961, Farrell Sanders was twenty years old. He was already a professional saxophone player, working in California, but he was often homeless. Cosmic jazz pioneer Sun Ra gave him a place to stay, and told him he should call himself ‘Pharoah’. By twenty five, Sanders was playing in John Coltrane’s band.

When Sanders was seventy five, in 2015, he heard an album by the British electronic musician Floating Points (real name Sam Shepherd). They later became friends, and Sanders suggested a collaboration.

The result is a forty minute composition that was five years in the making, called Promises. It’s dreamy and jazzy as you’d expect, features the London Symphony Orchestra, and finds Sanders, who was seventy nine at the time of recording, in fine form.

Shepherd wrote all the music, including the string sections, and plays the seven note melody that starts the album, on harpsichord and celesta. That same motif plays for almost the entire forty minutes, sometimes switching to piano and various other instruments that riff around it.

It’s a beguiling cluster of notes, and sitting on it for the entire duration suggests that Shepherd was pretty happy with it. Really, it’s a backdrop for Sanders. His sax moves through many different styles of playing, from frenetic improvisation through to soulful crooning.

Promises is divided into nine movements. In 'Movement 2' the orchestra starts to add some unsettling textures, and Shepherd breaks out his collection of synths. They layer in ambient washes of complex chords, as those same seven notes continue, and Sanders keeps chasing his muses.

By 'Movement 4' he adds his voice to the mix, a sudden, distinctly human addition.

Listening to Promises, I just assumed it was performed live, with all the musicians playing at once. Actually most of the recording happened in Los Angeles in 2019, but the London Symphony Orchestra didn’t add strings till 2020. But it feels as if the players are all reacting to each other in the moment.

In 'Movement 5', we start to hear harmonic counterparts on Rhodes piano, filling in the gaps in that main riff.

'Movement 6' is where the strings reach their peak, around 25 minutes into the piece. Shepherd has composed these for maximum emotion, and as they swell, Sanders takes a breather. The orchestra trills and climaxes and, if you’ve been listening from the start, the effect is quite overwhelming.

Thanks to the profile of both musicians, Promises is maybe getting a bit more attention than this type of music normally would. It’s an incredible achievement, and before I sat down and listened to it from start to finish, I hadn't quite caught on to why so many critics were being so breathless about it.

There’s a forty year age gap between Sam Shepherd and Pharoah Sanders. This collaboration has me excited for whatever Shepherd goes on to produce as Floating Points, but for Sanders, this is just the latest entry in a phenomenal discography.

In 'Movement 7', Shepherd’s synths plume out into sci fi arpeggios, before Sanders re-enters to say goodbye. At eighty years old, it’s hard not to wonder how much music he has left in him, but regardless, this will stand as a highlight.

Happy to Perform by Kane Strang 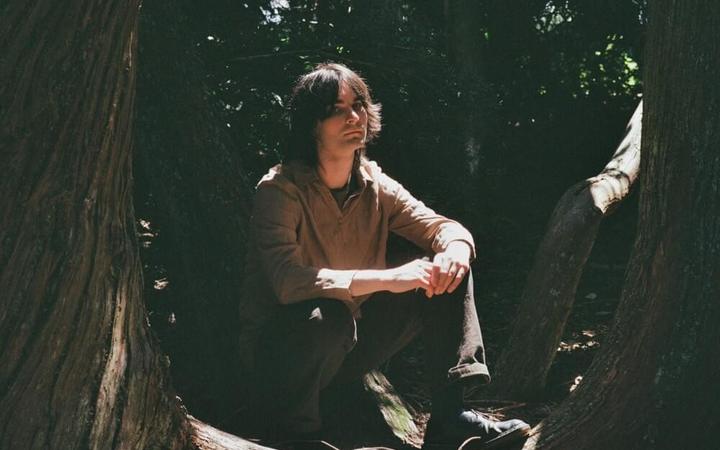 The title of Kane Strang’s new album, Happy To Perform, feels very deliberate. It’s also the name of its first track, which starts with the lyric “I sang to the shadows”.

Now, I’m reading between the lines here, but I know that it’s been a long four years since Strang’s last album, Two Hearts and No Brain. I also know that album came out on the American label Dead Oceans, and this one was released independently, completely out of the blue.

I wonder if Strang was singing to the shadows during those four years. It feels like he’s made his peace either way. He’s literally telling us he’s 'Happy To Perform'.

I should mention here that Strang’s first two albums are fantastic, and some of the best to come out of Aotearoa in the last ten years or so. He managed to make indie, acoustic-leaning pop that didn’t really sound like anyone but him. On Happy To Perform, it feels like we’re seeing a new side to him, as if his carefree songs of the past have been transposed into a minor key.

The four create a distinct soundscape for all eight tracks here, with Strang’s slightly lateral melodies to shine through.

On 'Goneski', percussion adds to the slightly militaristic feel, with Strang even saying left, right and referring to marching. In the chorus he keeps his melodies simple, but you can still feel the song open up, like the sun has started to peek through the curtains.

The song 'Moat' sees the rare appearance of an acoustic guitar, and some sort of processing on Strang’s voice where it sounds like it’s disintegrating. It’s another song where the chorus signals a lightening of mood, Ruddell hammering away on some chords enveloped by Copland’s layered saxophone. We’re still in singer-songwriter territory, but there’s a definite jazz inflection.

On the next track 'The Dregs', the band turn on all their distortion pedals and dabble in a sort of sludge metal feel. Strang says he’s strung out with the dregs as a ghostly choir sample plays.

It’s worth mentioning Jonty O’Connor’s drumming on this album. He often avoids keeping a traditional beat, and seems happy to stop playing entirely when the song needs it. When he does play he’ll often avoid obvious choices.

I think this partly speaks to the influences Strang seems to be channeling on this album. His songs have expanded out genre-wise, but at the same time he’s narrowed his sound palette. There’s a sinister feel that hangs over this release when compared to his chirpier early output. But make no mistake, these songs are just as good. It’s great to have Kane Strang back, and we should be grateful he’s happy to perform.