Tony Stamp basks in the glow of a new Pixie Williams covers album, a reissue of a classic by Auckland band Voom, and a breakup album from American songwriter Jenn Wasner, AKA Flock of Dimes. 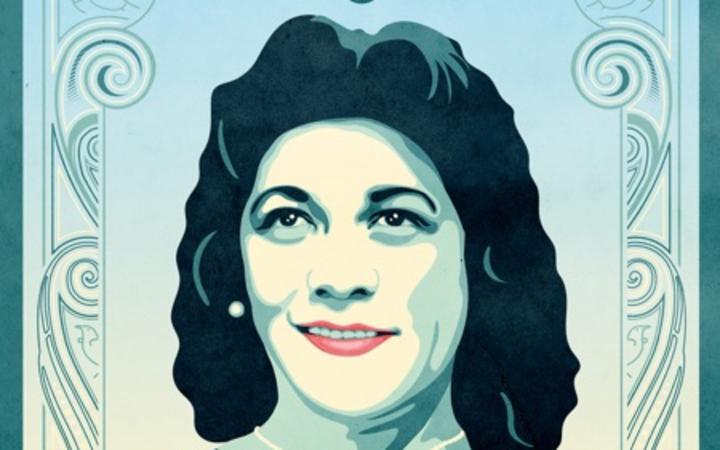 In 2019, singer Pixie Williams, songwriter Ruru Karaitiana, and guitarist Jim Carter were inducted into the NZ Music Hall of Fame. This was in large part due to their 1949 song 'Blue Smoke', the first to be written and recorded by New Zealanders, manufactured in New Zealand and released on a New Zealand label. The song became an international hit in 1951 when it was covered by Dean Martin.

In 2011 William’s daughter Amelia Costello spearheaded a project that remastered and digitised a collection of singles called Pixie Williams - For The Record. Costello is also the driving force behind a new album called The New Blue - Pixie Williams Reimagined.

This album sees eleven of Williams' songs re-recorded, with a roster of guest vocalists, and while they aren’t radical reinterpretations, they’re different enough to breathe new life into these great songs.

For example, this new version of 'Ain’t It A Shame' drops the tempo, and replaces the Hawaiian-infused guitar with Lucien Johnson’s sultry brass. Whirimako Black handles the vocal with appropriate smoothness. It feels like the sort of thing you might stumble across in a jazz bar at 2am.

The New Blue was executive produced by Mike Gibson, who’s worked with a diverse roster of artists from Hollie Smith to Grayson Gilmour. It was produced by Riki Gooch and Lisa Tomlins. The former used to play in Trinity Roots, now makes music as Cave Circles, and has been part of innumerable projects along the way. Tomlins is a vocalist with a similarly lengthy list of credits. On The New Blue she tackles the vocal on 'Blue Smoke’s original b-side, 'Senorita'.

Riki Gooch handles drums on the album as well as producing. On 'Bellbird Serenade' the tempo is increased from the original, and Gooch has added a clip-clopping rhythm on percussion. Rachel Fraser, a singer who’s worked with people like Isaac Aesili and Myele Manzanza, invests it with an appropriately jazzy warble.

Most of these tunes were written by Karaitiana, but 'Māoriland' was penned by Sam Freedman (who also wrote 'Haere Mai'). The version on this album comes with a new, lush string arrangement, courtesy of STROMA Filmworks Orchestra, conducted by Hamish McKeich. Singer Kirsten Te Rito has released two albums in the Māori language, and it seems more than appropriate that she translates this one into te reo.

The New Blue is a wonderful celebration of Pixie Williams and Ruru Karaitiana’s music and legacy, and toes the line nicely between honouring the original versions and reinventing them. It also boasts a roster of some of our finest Māori singers, including a few I haven’t mentioned yet Like Anna Coddington and Louis Baker. On the newly recorded version of 'Blue Smoke', Williams’ original vocal is included, before Lisa Tomlins and Kirsten Te Rito add verses in te reo. For Amelia Costello, Pixie Williams’ daughter, I imagine it’s a powerfully emotional thing to hear. For the rest of us, it should feel pretty special too.

Hello, Are You There (Reissue) by Voom 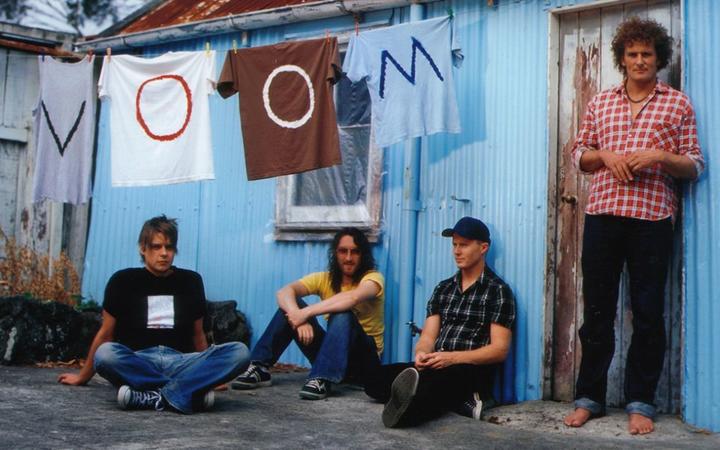 When The Sampler’s Nick Bollinger reviewed the second album by Auckland band Voom in 2006, he mentioned that its name - Hello, Are You There - could be giving voice to the band’s hungry fans, who’d been waiting nearly ten years for a follow up to their debut Now I Am Me. Well, it’s around fifteen years since then, and despite the fact that Voom are still a functioning band, they’ve yet to deliver album number three.

I’m not sure they have any intention of doing so. But they are about to play a live show, as they have semi-regularly for the past few years. This time it’s in support of Hello, Are You There’s fifteenth anniversary reissue, which sees the album available on vinyl for the first time. It had been a while since I’d given this kiwi classic a spin, and returning to it after a number of years, I found it’s not quite the album I remember.

Four years prior to the album’s release, the song 'King Kong' had been nominated for a Silver Scroll, and that single, along with 'B Your Boy', dominated student radio. Two bursts of concise, brilliant guitar pop, they came to define the album in my mind. Listening back now, it’s a much mellower overall than I remember, and in its latter half spirals into a sort of dreamy existential crisis.

I’m not sure where songwriter Buzz Moller was at in his life at this point, but song titles like 'No Real Reality' and 'Not Even A Dream' start to pile up, before the album ends with 'I’m Leaving Forever', followed by 'I Went to Sleep'. There’s a conceptual framework there - the album starts with the promise of a 'Beautiful Day' - but that aside there’s a preoccupation with escaping reality.

Whatever Moller was grappling with, there’s no denying his incredible songwriting. Now I Am Me was cobbled together from years of basement recordings that he’d knocked together with Mac McCaskill, who sadly died in 2012. The band was rounded out with third member Danny Manetto, but by the time this second album had arrived, the lineup had changed. Now Buzz was joined by Nick Buckton on guitar, and Murray Fisher and Mike Beehre, who were one half of another iconic kiwi band Goodshirt.

This album was also recorded in various bedrooms and basements, and who knows who’s actually playing on any given song, but many of the tracks here do sound like a band playing in a studio.

Hello, Are You There packs in sixteen tracks in just forty minutes, not counting the bonus track on the vinyl release. Its first half is definitely more cheerful than its second, but early track 'Feel' is sparse and ghostly, and just over two minutes long.

That track is followed up with a ninety second acapella called 'Ride of Your Life' that hints at some of the introspection to come. Contrast that with 'Happy Just Bumming Around', which does exactly what you’d expect, and almost feels like a mission statement for the band.

The fact that many of these carefree tunes sound like they were knocked together on a whim is of course part of why they resonate so strongly. 'King Kong' and 'B Your Boy' are firmly cemented in local musical history, and I’d put the bonus track 'Jimmy’s Boner' alongside them as another fantastic bit of power pop. I’m guessing they could have done a whole album of those if they’d wanted, but what we ended up with is so much more interesting.

Hello, Are You There wanders down any new aural pathway it feels like, and winds up being more adventurous and lighthearted for it. But consciously or not, that’s underpinned with a real sense of aimlessness, and worry. Moller’s melodies are so great - and naturally cheerful - that on the first go round I missed the subtext in a lot of these songs. It’s testament to the album that this time, I heard a whole new side to them.

Head of Roses by Flock of Dimes 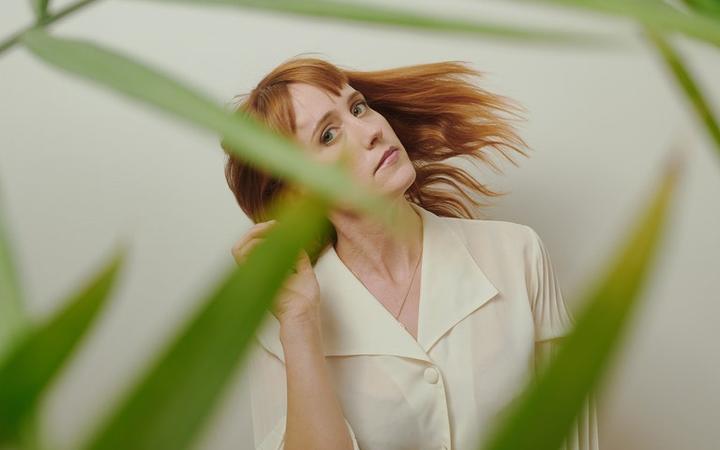 The breakup album is nothing new. In fact at this point it’s firmly in the realm of cliché. But, a musician tapping into raw emotions like this can still yield incredible results. The latest evidence is the new album by Jenn Wasner, who makes music in a band called Wye Oak, and solo under the name Flock of Dimes. She’s a musician whose output I think is relatively underrated, and on this new collection Head of Roses, she’s delivered her finest album to date.

She’s said the album unfolds chronologically, and moves through the different stages of grief. On the song 'Awake For the Sunrise', which comes near the end, she sings “I deserve it, the very worst of it”. Wasner talked through each track on the album on Stereogum.com, and the implication I got was that she ended the relationship. So when she wrote the song, she thought she deserved the fallout.

It was written during a period when she was writing a song per day, as part of a songwriting club, so she didn’t approach it too laterally, just dropped her guard and let it come out. As a result, I think it’s the most immediate thing here.

It also features a guitar solo. Wye Oak is a duo, where she plays guitar alongside Andy Stack on drums and keys, but  in recent years she’s moved away from the six-string in favour of more electronic textures. There are plenty of those here, but the guitar makes an early appearance on track two, 'Price of Blue'. She said it’s a good instrument for channeling anger, and that’s the stage of grief the song represents. But I must admit I don’t hear much anger. Like a lot of Wasner’s output, it strikes me more as breathlessly romantic.

There's a moment in its chorus where her voice lifts skyward and pulls the rest of the song with it, and it's one of many on Head of Roses that gives me goosebumps. Wasner’s voice is usually settled in that slightly husky midrange, and while it’s not the most diverse instrument, it’s expressive, and pure.

A handful of these tracks are framed around electronic pulses or drones, like 'No Question', which Wasner has said is her favourite. Real instruments like piano start to creep in as she languorously stretches out across the frequency range.

Elsewhere on 'Walking', she leans into more traditional songwriting modes. There’s a definite country twang to it, and that’s enhanced by lyrics like “Are we twenty miles from nothing”. You can imagine her hitchhiking somewhere in the American midwest. She said that ‘walking’ can refer to being in a relationship, or the repetitive cycle of touring in a band. She seems to be alluding to walking in place, but that idea - of being in a sort of stasis - grew more resonant in a year when so many people spent so much time indoors.

I was looking for differences between Wasner’s solo output as Flock of Dimes and her band Wye Oak. One of the things I identify with that band is a sort of twitchiness, with songs built around busy loops and polyrhythms. The closest this album comes to that sort of thing is 'Two', with its unusual 7/4 time signature.

Head of Roses is often strikingly lovely, and I think it reaches a sumptuous peak on 'One More Hour'. That title might be referring to spending time in a doomed but still pleasurable relationship. Wasner’s voice soars as she says “I could do anything, but I wander in the world of you”, over a bed of heavenly synths, and it's as good an argument as any for the continued institution of the breakup album: conflicted, heartfelt, and above all, beautiful.