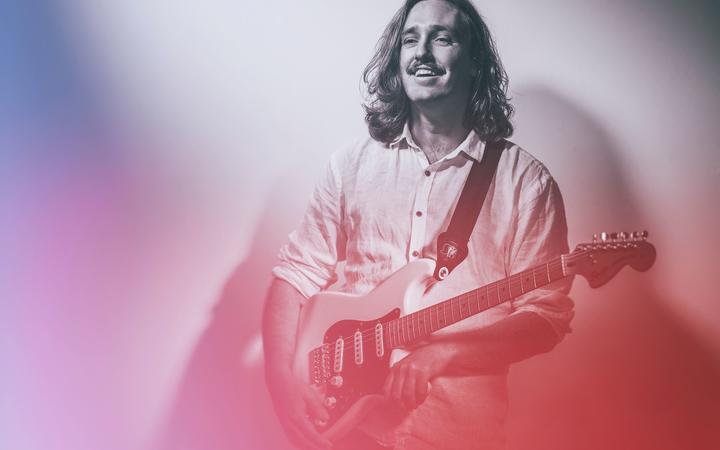 I’ve only been reviewing albums on The Sampler for a month or so, and I’ve already talked a few times about local musicians who use a certain kind of self-deprecating humour in their songs. But when approaching Brunch, the second album by Christchurch singer-songwriter Jed Parsons, it’s impossible not to address.

Even the name of the album seems to be poking fun. His first was called Midnight Feast, and the cover art for this similarly food-themed follow up shows Jed and friends enjoying the meal between breakfast and lunch while sharing a comically exaggerated laugh. The album grapples with the time between adolescence and adulthood, and I wondered if brunch was a metaphor for that liminal space.

Actually though, I think Jed just finds it funny, a meal aligned with being a grown up, and a kind of bougeoir lifestyle he doesn’t subscribe to. You can hear evidence of that on the track 'Get Desperate', which finds its characters grappling with the financial realities of getting older, tongue planted firmly in cheek of course.

Jed is twenty eight years old and a father to two kids, and I get the feeling some of these songs are vehicles for his more immature impulses. The track '25' which opens the album was written three years ago, when he was facing down the quarter century milestone. There’s quite a bit of existential dread in the song, and also defiance in the line “I’m not growing up”. That sentiment informs much of the album.

He has a real knack for writing bright, upbeat indie pop hooks. All these songs boast an earworm of a chorus. They’re also beautifully performed. He graduated from Jazz School at Christchurch Polytechnic Institute of Technology, and in earlier days played drums in a variety of bands, which he said was a useful vantage point to watch the front-person and learn how to command a stage.

When listening to the album a litany of local references spring to mind, but I keep coming back to nineties Flying Nun signees Bressa Creeting Cake, another band focused on melodic hooks and gentle genre mashups.

‘Feeling Sad’ has a bit of Split Enz in its staccato guitars. It’s a thoroughly cheerful song about heartbreak, observing a friend’s relationship woes in a song adorned with cheeky backing vocals, tropical percussion and chirpy guitar, as well as a reference to The Steve Miller Band’s ‘The Joker’.

The most immediate song might be 'She’s The One', a third person story of ill-advised infatuation. Parsons has said ideas will pop into his head and he’ll challenge himself to write about them. This one finds him alternating between two different perspectives, male and female, bolstered by a rogue drum machine and video-game bleeps.

And on the final track, 'Breathe', he delivers his simplest, most sentimental song. Seemingly bereft of subtext, it’s a plea to keep persevering. Reaching up to his falsetto again he offers the advice “Breathe in and breathe out”, and it’s total goosebump material. In fact I think it’s one of the best songs of the year.

Jed Parsons is clearly an accomplished songwriter, and it’s equally clear that he tends to make light of things. Youthful exuberance is a wonderful trait, and this is probably my own advancing age talking, but part of me hopes the more sincere material is a sign of where he might head in future.

Brunch begins with a declaration that he’s not growing up, but the evidence here points to the contrary. 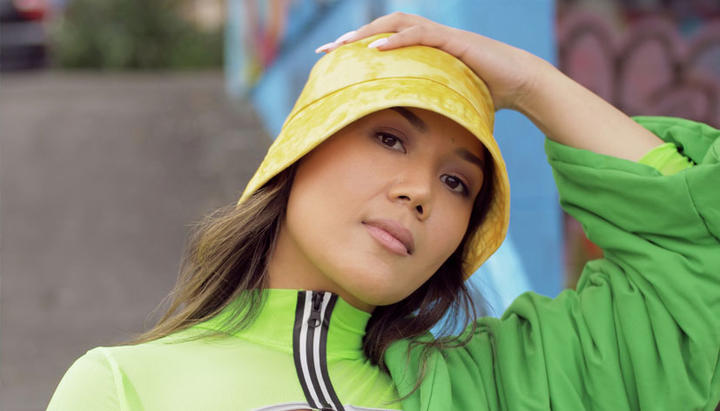 This past week Beyonce made history as the female artist to have won the most Grammy Awards. The first three of those were for her work with Destiny’s Child. Their influence and legacy, and hers, is vast. At one point on Smoke, the new EP by local artist Jordan Gavet, she mentions being a fan of the nineties. It was around halfway through that decade that Destiny’s Child started to hit the big time. Listening to the EP I think it’s a safe assumption that Gavet’s a fan.

Gavet has a set of pipes that remind me of Queen Bey’s, but the influence doesn’t stop there. On the title track 'Smoke', you can hear it in the vocal cadence of its urgent verses, and the close harmonies, but also just the energy of the thing, not to mention a specific type of female empowerment.

I also want to highlight the crisp rhythms of producer Willstah, who loads the track with sub bass and as many 808 rims as possible. Sometimes less is more, but here it all adds to the party atmosphere.

Gavet isn’t just here to party though. In hip hop terminology 'wanting smoke' means you’re ready to battle, and kicking off her EP this way means, I think, that she’s ready to be fearless. She’s said the EP is about negatives, and pushing through them. Track two is called 'Petty', and it’s a celebration of bad behaviour and giving your ex what for: reading their texts and not inviting them to your party. I find the line "Please stay of the premises" highly amusing in that context.

She was discovered in 2017 by producer P-Money, after her tracks on Soundcloud and Youtube drew attention. She signed to Sony Music, and has been working toward this debut since then. At last year’s Pacific Music Awards she took home Best Pacific Soul/ RnB Artist.

She spent her adolescence in Aotearoa but was born in Sydney, where she lives again now. I feel like I can hear the influence of those teenage years in suburban Auckland in this music. Going through her lyrics, I gather she’s suffered some heartbreak along the way and the EP is in part a response to that.

The track 'Away' seems like it’s about new romance. It’s certainly romantic, with lyrics about sunset on skin and a backing from Willstah that’s the biggest nod to nineties RnB here, with a roaming synth bassline and fat snare. The title is a reference to getting carried away. Not to put too fine a point on it, but this is baby making music.

Like a lot of contemporary hip hop and RnB, there’s quite a bit of boundary-pushing production happening around the margins of this music. 'Away' has an unidentifiable sort of shriek in the background, and Willstah layers most of the songs with quite strange aural textures. That’s if you listen close enough, of course. On its surface, this is big, major label pop with a capital ‘P’. It’s a fair distance from the sort of transgressive songs made by Frank Ocean, even though he’s dabbling in a similar musical genepool.

Smoke’s biggest strength is offering something for listeners to identify with - Gavet’s heart is extremely on her sleeve for the EP’s duration. It’s music to sing along with when you’ve been broken up with or lost a friend and want to rebuild. My favourite is the final track 'Facts', which riffs on the term ‘fun fact’, and sees her lowering her guard completely, admitting that she’s shy and doesn’t like crowds, and singing about snacking on the couch wearing baggy t-shirts.

It doesn’t reinvent the wheel but overall Smoke is extremely feelgood, and fun, the apex of one woman’s self-acceptance wrapped up in a lavish pop production. 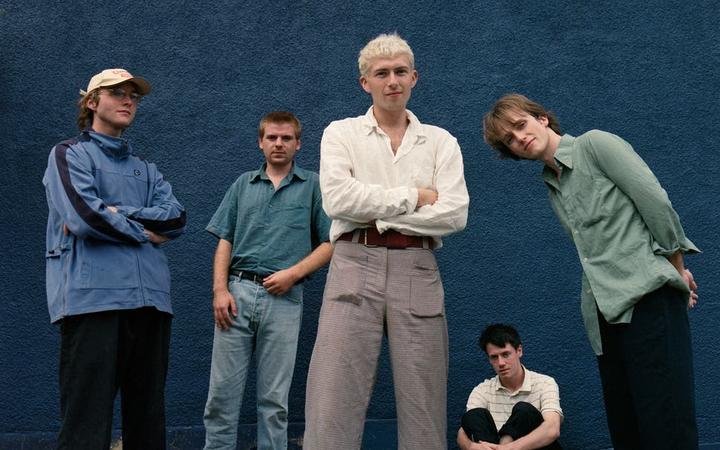 It’s been equal parts amusing and dismaying to watch the UK give birth to a roster of new rabble-rousing bands, only for them to all have a go at each other in the press. British musicians tearing each other down is nothing new, I know, but as a fan it can be confusing.

A lot of these new acts are tinged with punk and its accompanying vitriol, and I think the UK is more aware of class than we perhaps are here in Aotearoa. So the electro duo Sleaford Mods initially championed the band Idles, until they found out they weren’t working class, at which point they were deemed rubbish. Idles in turn found themselves targeted as inauthentic by the band Fat White Family, which prompted veiled threats of violence from Idles singer Joe Talbot.

It can all start to feel a bit like Eastenders with musicians, down to Fat White Family sharing a pub with another of these acts called Shame. They were also championed by Idles, and have joked in the press that they’ve been lucky not to stumble into any inter-band beefs. As long as they keep making music as good as that found on their second album Drunk Tank Pink, anything else shouldn’t be a problem.

Shame are just approaching their mid-twenties, but they draw on a fine legacy of bands with shouty singers, slightly more melodic guitars, and a general air of being discontented with the status quo. Unlike many of their peers their music is more personal than political, grappling with things like identity rather than whatever the Tories have been up to recently.

Musically  they’ve moved away from the slightly derivative, well-reverbed sound of their first album Songs of Praise, a record I’ve seen described twice in the UK press as ‘gobby’. Drunk Tank Pink edges towards funk, with rhythms that flirt with the more afropop-influenced output of Talking Heads, and there’s a huge dollop of influence from UK icons Gang of Four, Wire, and of course, Mark E Smith’s The Fall.

The Independent called Shame’s music "devastatingly serious", but I don’t know how you could hear a song like ‘Water In The Well’ and not think they were having quite a bit of fun.

The slight silliness that goes hand in hand with Shame’s frenetic energy might be attributable to their age, but they wear it extremely well. After naming Songs Of Praise after the religious hymn-based TV show of the same name (and appearing on its cover looking somber and cradling farm animals), I suspected Drunk Tank Pink might be having a go at a certain demographic. Specifically I thought it might be alluding to the term 'gammon', which has been aimed derisively at white UK commentators.

Actually though, it’s the name of a particular colour meant to neutralize hostility and instill calm. Shame front-man Charlie Steen had painted his room pink, dubbing it ‘The Womb’, realising afterward it may have been his subconscious telling him to calm down.

You can hear him refer to it on the very not-calm 'March Day'. It's another frantic blast of post punk, with guitars that veer into Fugazi-style dischord before heading back to chicken scratch funk. The mood on Shame’s songs is often unhinged, with Steen’s vocals feeling like he’s just about to kick down the studio door and run into the street screaming.

But Shame aren’t a frivolous band either, and on the second half of the album in particular they stretch out a bit and try new things. 'Snow Day' is one of two songs that push past the five minute mark, all the better to lock into a propulsive groove.

Many of these songs are also sprinkled attentively with electronics and layers of percussion, and Steen will sometimes drop his voice down to a murmur, most strikingly on a track appropriately called 'Human, for a Minute'. It comes near the midpoint of the album and features the whole band calming down considerably, to hypnotic effect. It actually reminds me of Shayne Carter’s mellower impulses when he’s working as Dimmer.

When Shame are at their most manic the anarchic enthusiasm is hard to resist. But songs like this show the range they’re capable of, and that restless reinvention could be the key to their longevity. I’m not sure if controversy in the music press would help or hinder them at this point, but it’s nice that so far they’ve avoided all that, and instead just put out a great album.