Collapsed In Sunbeams by Arlo Parks 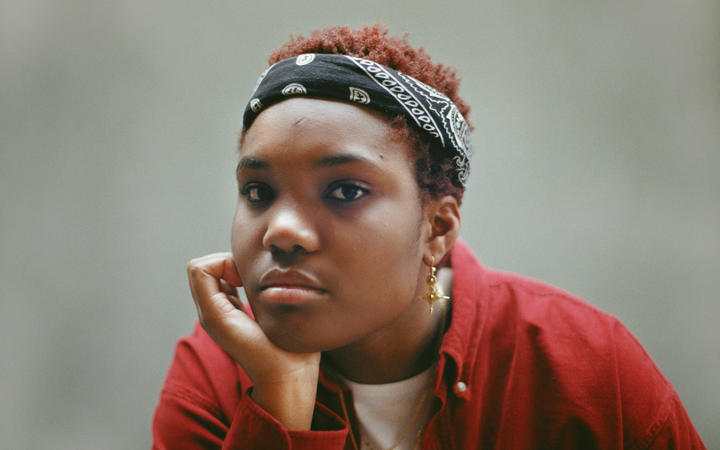 2020 was a tough year for many people. Maybe every person. We’ll be unpacking the effects of the global pandemic and its ensuing lockdowns for years to come, but in the world of music, it seemed to result in plenty of songs that trafficked in empathy.

It’s something that Arlo Parks, a twenty year old UK musician, has put at the forefront of her music. In fact her song Hope was written with lockdown in mind, with the intention of making people feel less isolated.

Parks refers to herself as an empath, and the list of topics covered on her debut album Collapsed In Sunbeams seems to bear that up. Things like depression, sexual identity, and body-positivity are all examined, and all couched within a framework of warm, downright gentle Brit Soul.

On the track 'Hurt', she sings about the temporary nature of suffering, and healing as something to look forward to, and I couldn’t help but be reminded of the Nine Inch Nails song of the same, later covered by Johnny Cash. That track famously starts with the narrator hurting themselves in order to feel something. It’s a sentiment that’s echoed here, in a much less ominous way.

These are pretty serious topics, but musically they’re infused with optimism, and it must be said, youth. Parks worked with producer Gianluca Buccellati on every track, and together they’ve found a middle ground between the grit of soul, and the smoother end of the trip hop spectrum.

It’s pop music, really; every track makes sure to have an earworm of a chorus. 'Caroline' has one that’s burrowed firmly into my subconscious, and also illustrates Parks' strength with lyrics. It’s all based on a public spat she witnessed between what she calls an "artsy couple".

“Strawberry cheeks flushed with defeated rage” she sings. It’s certainly evocative. She’s apparently looking to publish a book of her poetry, and those literary tendencies creep in throughout the album. She’s not a fan of metaphor, preferring specifics, and that leads to a lot of detail-heavy writing.

The song 'Black Dog', named after Winston Churchill’s term for depression, deals with her friend's struggle with mental health, with one heartbreakingly relatable line suggesting they go and buy some fruit.

Parks’ voice is perhaps the thing which will draw in most listeners. It’s smoky and sincere, and her delivery stays cool, but not detached. It’s only occasionally, like in the chorus of 'For Violet', that she starts to creep out of her range, to emotive effect.

Delve into the lyrics and you find that song details a childhood friend with a violent dad, another example of the tricky terrain covered here. But I think the most impressive example of that is the track 'Eugene'. Parks is bisexual, and the song’s about a female friendship that, for her, turned into something more, but wasn’t reciprocated. She pulled a lot of inspiration from her adolescent diaries, and presumably this is an example. It’s peppered with references to Taco Bell and Sylvia Plath, and like all these tracks, it’s all dealt with hugely generously. Although she does call Eugene, her friend’s new boyfriend, a son of a bitch.

The overall pleasantness of the album, even while tackling some tough topics, has seen it dinged by a few critics for falling into a bit of a mid-tempo blur, but I don’t think that’s necessarily a problem. Lyrics like "you’re not alone" do start to sound a bit like empty affirmations when they come one after another, but there’s plenty of diversity in the details. Maybe losing a few songs would have made it a more concise statement.

Aside from anything, it’s nice to hear an entire album that’s so open hearted, and seemingly more concerned with people other than the one singing. At only twenty, Arlo Parks is just getting started, but let’s hope she manages to stay this pure. The world could probably use more of that sort of thing. 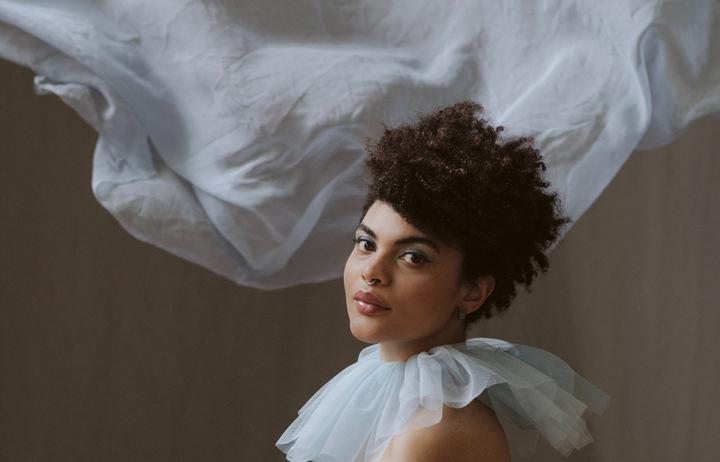 Archetypes, the third album by Wellington musician Estère, feels in some ways a bit daunting. It’s a concept record built around Jungian archetypes, after a conversation with her grandmother on the topic sparked her imagination. If you’re unfamiliar with the work of Carl Jung, he proposed that these archetypes arrive from the collective unconscious (a term he coined), emerging as motifs like the mother, the child, the trickster, and so on. Suffice it to say, it’s a thoroughly ambitious thing to base a record on, which required Estère to read five books of theory. All this while she completed a Masters in Anthropology.

It’s tempting to feel like you need a search tab at the ready when you try and parse what a track like 'Into the Belly of Capricorn' is about, but there’s plenty in the music that’s easy to enjoy. There’s Estère's voice, of course, restlessly shifting between timbres and notes. And the sleek digital production, not too far removed from her bedroom-produced first two albums. But then you get to track two, 'Pelican'.

The palette is straight out of a folk song, apart from the odd synth flourish: quite a departure from her past output. Estère’s instrument of choice for a long time was her MPC sampler, but to challenge herself even further on this album, she stopped using it, instead working with Stew Jackson, a British musician who co-produced some of Massive Attack’s recent output.

The result is a merging of acoustic sounds with artificial ones, used to great effect in the nimble rhythms of 'Pomegranate'. Guitars and unidentified plucks nestle up with an ethereal tone and drum machine hi hat. The final stretch of the song, built around a triumphant, wordless melody, is quite stunning. I was trying to put my finger on what it reminded me of, then read that Estère was listening to a lot of Algerian and Malian folk music while recording.

To my ears, those influences are also clear in the track 'Night Crow', a track built around layers of Jackson’s guitar and Estère’s sparse vocal, before it hits the chorus and blossoms outward. Elsewhere on 'Mad About Your Sea', the pair wisely shun any accoutrements, relying on bluesy piano lines and Estère’s soaring voice, both swimming in oceans of reverb.

There’s plenty to sink into in Archetypes, lyrical and sonic details alike. But its most impressive aspect is the way Estère has completely reinvented her sound, but kept her musical identity. It’s the sign of a fully realised performer, who seems to be brimming with big ideas, and the confidence to pull them off. 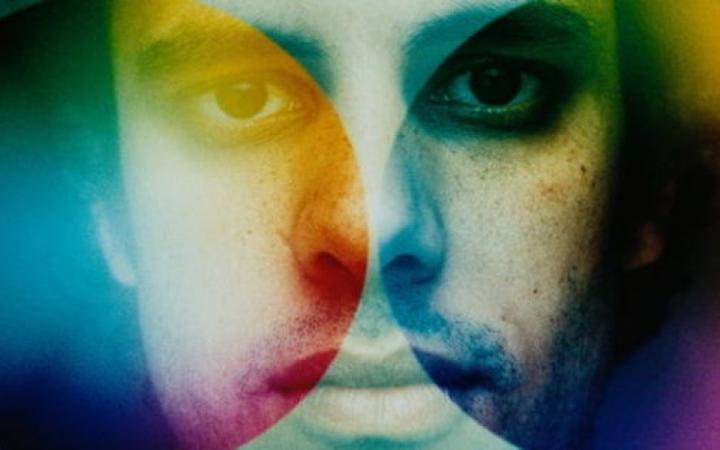 If you’ve paid any attention to electronic music over the last few decades, chances are you’ve heard of a guy called Four Tet. His real name is Kieran Hebden, and he’s carved out a unique path for himself, seemingly following whatever whim comes to mind, usually to great acclaim.

As an example, after releasing his tenth album, Sixteen Oceans, in March of 2020, he followed it up with two more on Christmas day.

The first of these is called Parallel, a collection of songs that all share that name, followed by a number. It’s largely what you’d expect from a Four Tet album - he makes music for the dancefloor that’s equally headphone-friendly, built around sturdy beats and the usual synth trappings, often with layers of acoustic instruments like harp and chimes. It’s made on computers but always feels human, as if you can see his thumb prints on every track.

Early albums were fueled by jazz samples, and flirted with hip hop influences. But after Hebden began DJing at London club nights to packed rooms of sweaty punters, the music headed in a more house and techno direction, defined by a hypnotic kick drum pulse.

There are several good examples here of that uptempo club fodder. As is typical for the genre, these tracks feel like Hebden is reaching for something euphoric, and pulling us along with him.

He’s also headed into more ambient realms in recent years. The first track on this album is his biggest indulgence in the genre to date, clocking in at over 26 blissful minutes with nary a drum hit to be heard. Instead it’s built around slowly unfurling synth tones - perfect for aligning one's chakras.

Now, my appetite for this kind of music is admittedly larger than many people’s, but I think most listeners would have to admit, it’s all rather lovely. It’s not easy to sum up what sets Four Tet apart from his peers, but I think the overall sense of serenity in his music is a factor. When Nick Bollinger said in his review of Sixteen Oceans that he would sometimes ask himself “where’s the song?”, it helped clarify part of what I enjoy about it - the sense of getting lost in the repetition of it all, and the lack of demarcations like verses and choruses.

When the music is at its most serene, as on 'Parallel 7', it feels to me like wading out into a lake and letting yourself float along the surface.

Five of these ten tracks have been around for years now, uploaded by Hebden to various playlists labelled with a string of unintelligible glyphs. It was clear he’d made them, but it wasn’t clear they were Four Tet - until now.

The second project he released on Christmas Day was an altogether more challenging prospect. It’s called 871, and it’s a collection of experiments by Hebden made between 1995 - 1997, actually predating the first Four Tet release. He was in a band called Fridge at the time, and maybe that’s why it features a lot of real instrumentation.

The album runs the gamut from acoustic guitar jams, noise experiments, and collection of bleeps which pretty clearly point to the meditative direction Hebden was heading over the next twenty years.

It must be said, 871 is pretty much a fans-only affair. He’s been relatively quiet about its release, but it feels very personal, a glimpse at an artist still in his fetal stage. Parallel meanwhile is about as successful as a collection of b-sides and extras can get, easily standing alongside other releases from this remarkably consistent musician, who moves between genres whenever he feels like it, but always manages to make them his own.